‘The Public Prosecution Service took a brave and bold step when she decided to come to WDCD and ask if we could collaborate on the issue of sexual exploitation of children.’ Opening the kick-off of the No Minor Thing challenge, WDCD’s creative director Richard van der Laken expressed his admiration for the ‘step in the dark’ by the prosecutor’s office. ‘We highly appreciate that a government body recognises the power of design and wants to work with us.’

Diederik Grieve, director of the Public Prosecution Service, in turn addressed the designers in the main hall of De Balie, saying: ‘We need you. We need design to gather new insights. I challenge you to come up with great ideas, because we need them to address this serious and urgent matter.’

‘No Minor Thing, The What Design Can Do Challenge to Combat Sexual Exploitation of Children’ is a closed challenge in which 12 design teams and a design school between now and November try to find new approaches to the issue. 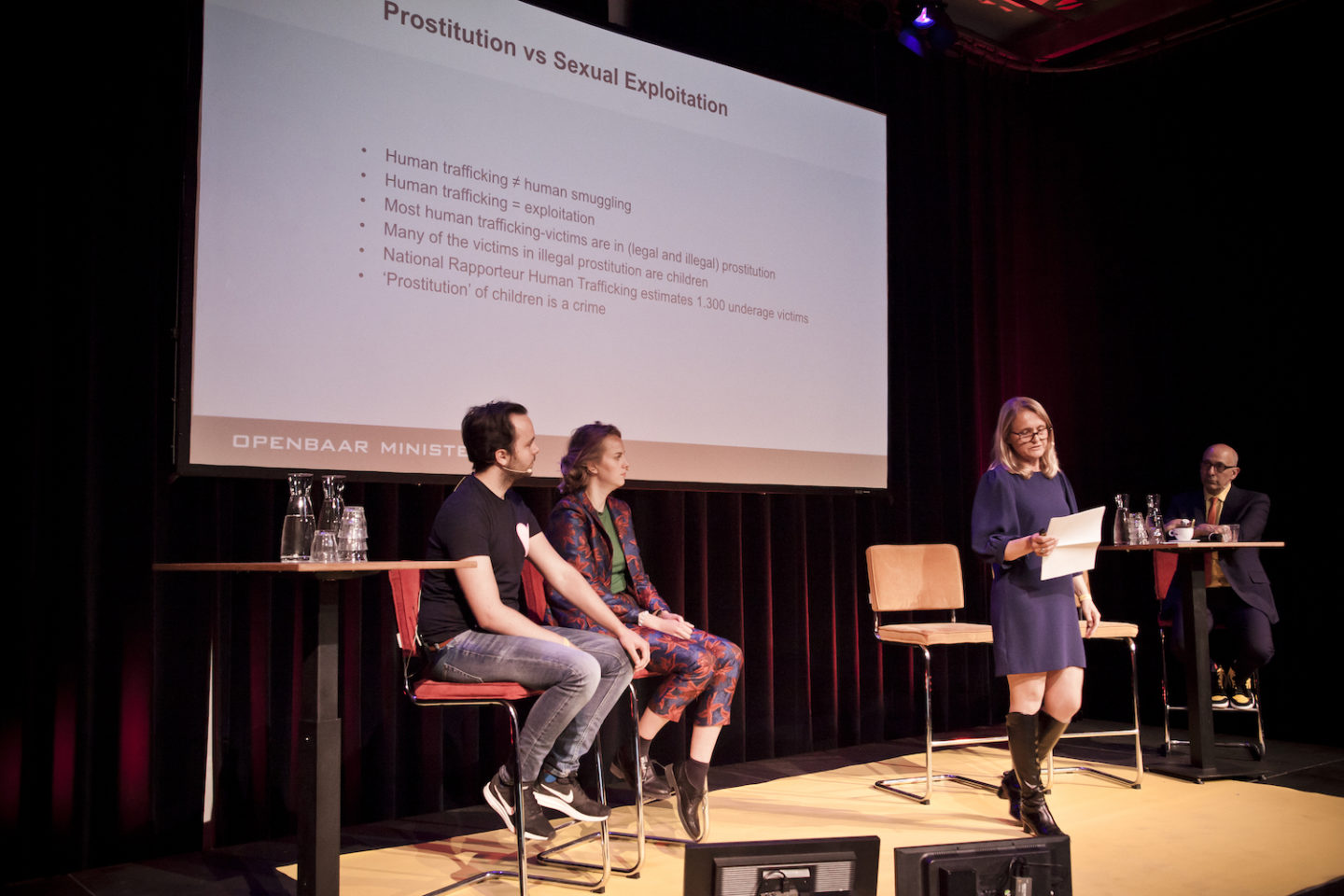 After a short introduction by Shay Raviv of design research firm STBY about the research process that led to the five briefs, public prosecutor Jolanda de Boer sketched some backgrounds to the topic. Between 2007 and 2017 De Boer prosecuted human trafficking cases in Amsterdam. She stressed that sexual exploitation of minors legally is considered as human trafficking and certainly shouldn’t be seen as ‘normal’ prostitution.

De Boer described two cases she had encountered in her work. In one case two girls of 14 and 15, the youngest of whom had been in school together with De Boer’s daughter, had run away from a juvenile institution and found shelter with a man in his 40s who gave them drinks and cocaine. At a certain point he told them they could only stay when they had sex with him and with other men. The girls believed they had no other choice.

In another case four men in their 20s where arrested when the police found out that they exploited five girls aged between 15 and 17. Strangely enough, although apparently not uncommon, the girls were very angry with the police. ‘They were sure that they had made the choice themselves,’ De Boer said. ‘But years later, when I met one of the girls again, she told me that none of her “clients” ever had asked for her age. “It was a big mistake in my life”, she said. “I did it for the money. I now feel very ashamed and annoyed. But without the police’s intervention I probably would still do it”.’ 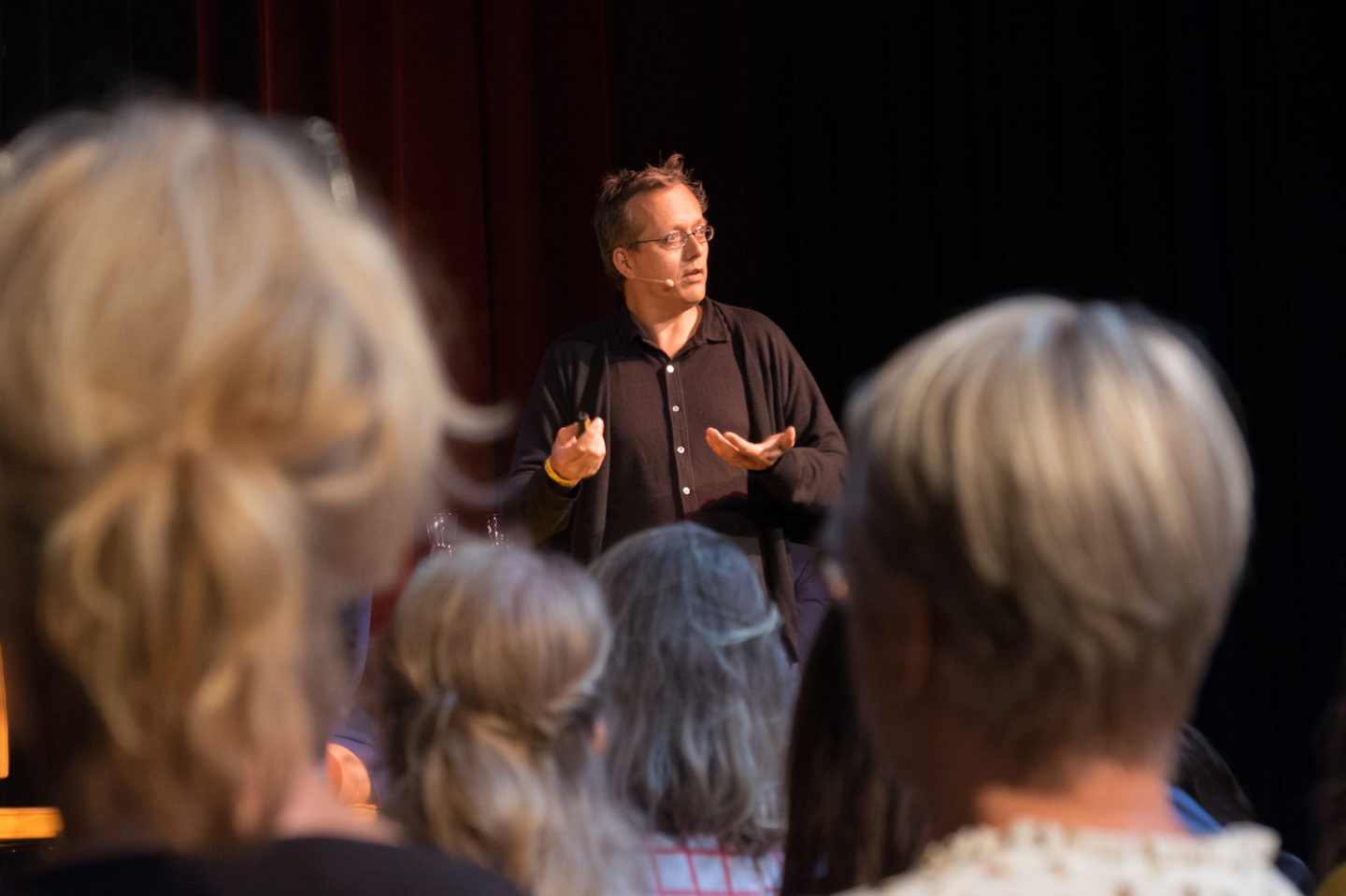 Next Mark Woerde of advertising agency Havas Lemz shared some backgrounds of the Sweetie-campaign he and a small team developed a few years ago for Terre des Hommes to get attention for the huge problem of webcam child sex tourism. With the help of a virtual Philippine girl called Sweetie they were able to identify a thousand offenders within weeks. These names were handed over to the police, while the action got world press coverage and reached over a billion people worldwide. The project is a good example of the impact creativity can have in this context.

In the afternoon, the 13 design teams in the challenge had the chance to talk to 45 experts from the Justice ministry, the Public Prosecution Service, police, youth and social workers. Their insights, background information and tips helped the designers to get a better notion of the complexity of the issue they will be addressing. In November we will know to what results all this has led.

Go to the No Minor Thing Challenge Platform