Back in 2014, Dutch designer Bas Timmer developed the first Sheltersuit: a weather-proof, wearable sleeping bag which was specially designed to offer protection, warmth and dignity to the homeless. Since then, the Sheltersuit Foundation has produced and distributed thousands of suits throughout the Netherlands, Greece and the United States. Earlier this year, the project launched a chapter in South Africa, where volunteers are now taking to the streets in assistance of the country’s most vulnerable.

The birth of the shelterbag

Sheltersuit South Africa was introduced by Timmer last February, during his talk at the prestigious Design Indaba conference in Cape Town. On stage, he demonstrated the ingenious design of the original Sheltersuit, which is made from durable, upcycled materials and equipped with a large, integrated hood and scarf. Then he presented the new Shelterbag: a lightweight version specifically created for warmer climates. 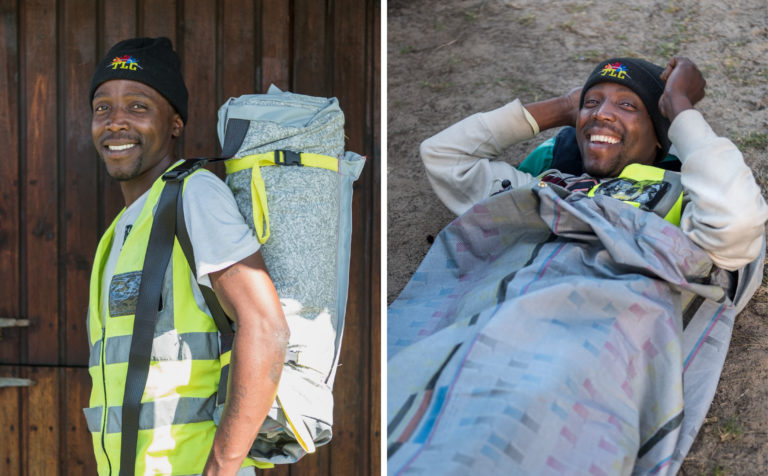 Shelterbags are water- and windproof, but are made from a breathable fabric and designed to allow for better ventilation. They can be rolled up in seconds and are easily carried along. The suits also contain pockets, a built-in pillow, and additional space for padding in the bottom of the sleeping bag.

“Just like the Sheltersuit, the Shelterbag is also made from recycled material,” adds Youp Meek, who is a board member of the Foundation. “We have found sponsors to cover the costs of production so that they can be given away for free.” Working together with local shelters and NGO’s, the team were able to donate 250 shelterbags to Cape Town’s homeless during the first month of operations.

In the Netherlands, every sheltersuit is produced in a factory that employs individuals from fragile communities like homeless people and refugees. To offer the same opportunities in South Africa, the project has partnered up with a local skills centre and sewing workshop called The Ark. Here, the team is now training formerly homeless men, women and youth to manufacture Shelterbags. “We encourage our workers to be financially and socially independent, which enables them to build a better future,” reads the project statement. 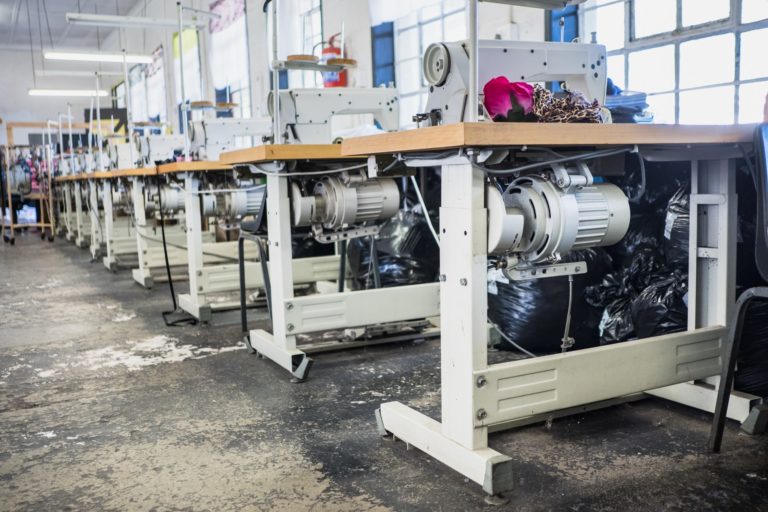 The sewing workshop at The Ark.

Of course, because of COVID-19, the team has had to adapt their plans. “We have taken all necessary safety measures in our workshop for everyone to work with enough distance from one another. The Shelterbag can be assembled by one person. This is, of course, a little slower, but this way we’re able to keep our production going in a safe manner,” explains Meek.

At the same time, demand for the suits and bags — in all countries — are rising rapidly. “Because of the Corona crisis, shelters currently have less space available for homeless people,” explains Bas Timmer.  “After all, people have to keep their distance. There are also homeless people who are afraid to use the shelter for fear of the virus.” 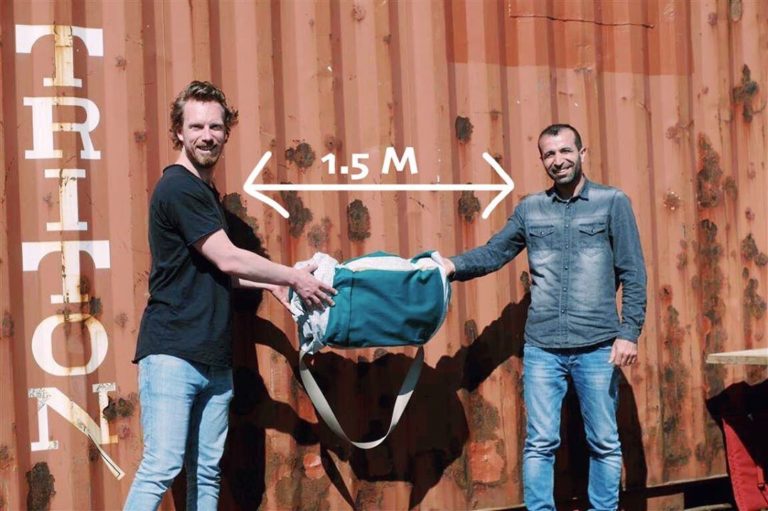 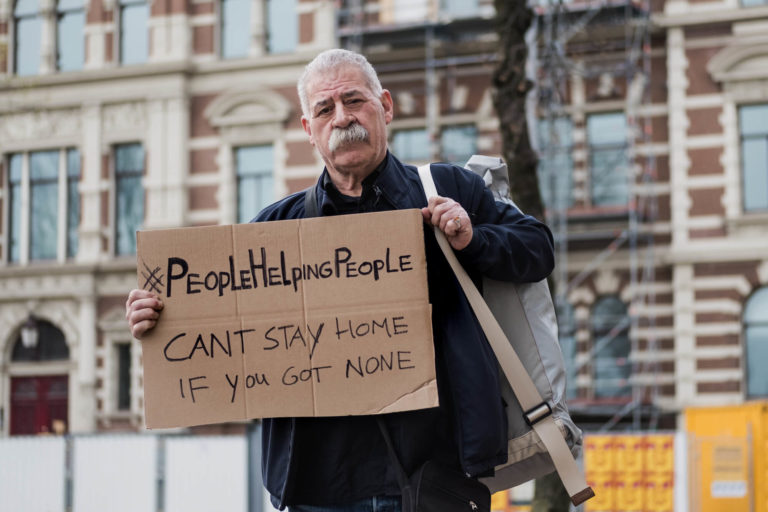 Campaigning for Sheltersuits in Amsterdam.

The full impact of the pandemic on the homeless population is yet to be seen. Several weeks into the crisis, millions of people around the world are already finding themselves falling into poverty. In South Africa, the unemployment rate is now expected to reach a staggering 50% as the economy keeps plummeting. In such difficult times, Shelterbags offer temporary but effective relief for an often-forgotten group in society.

Do you know someone in your area who needs a suit or bag today? You can let the Sheltersuit team know by filling in this form. To follow the project in South Africa, visit their page on Facebook or Instagram. Donations to the Sheltersuit Foundation can be made here.

All images by Sheltersuit Foundation.