Seventeen new toilets for TokyoIn the wake of COVID-19, a push for more inclusive public facilities

Even in the world’s most modern metropoles, public toilets are often difficult to find. And once you do, their design usually lacks a sense of imagination or empathy. The COVID-19 pandemic has only highlighted the fact that access to public facilities is not just a health issue, it’s a social issue; one which disproportionately affects minorities across gender, class and race. In Japan, the closure of Tokyo’s restrooms have sparked a conversation about the need for a new toilet ‘culture’: one that champions cleanliness but also hospitality and inclusivity.

In response, the Nippon Foundation has launched the Tokyo Toilet Project: an initiative to redesign 17 public restrooms located in the popular district of Shibuya. Sixteen high-profile architects and designers, including Tadao Ando, Marc Newson and Shigeru Ban, were invited to contribute ideas to the project, which hopes to make the city safer and more welcoming to all ahead of next year’s Olympic Games. To date, seven facilities have opened, with the remainder to follow in 2021.

Designer Nao Tamura says she was inspired to create a space that addressed the key concerns of those in the LGBQT+ community: safety, privacy and urgency. “The bathroom is a place where we address physical needs universal to all mankind, regardless of age, sexual identity, nationality, religion, or skin color,” she explains. “As we come into an age of increased awareness, how can a communal space like the public bathroom evolve in order to effectively accommodate our infinitely diverse needs? With this in mind, I created three separate spaces that redefine the way a public bathroom establishes personal space.” Composed of women’s, men’s and an accessible multipurpose bathroom, the bright red structure now stands proudly in a triangular lot in Higashi Sanchome. 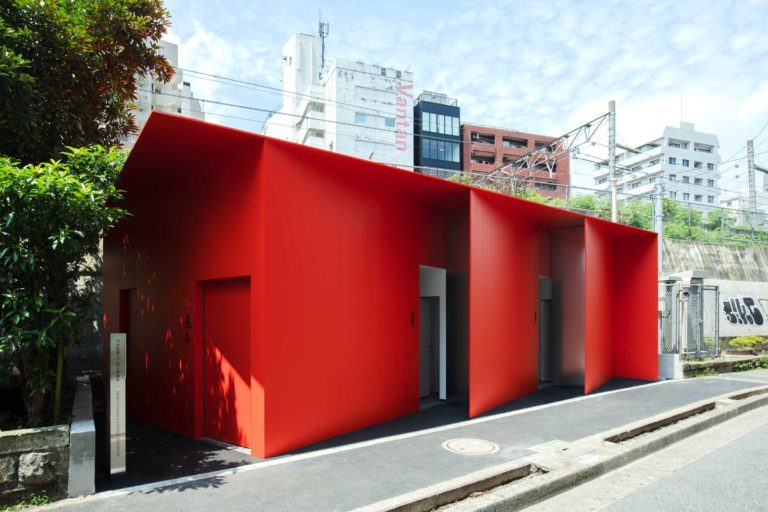 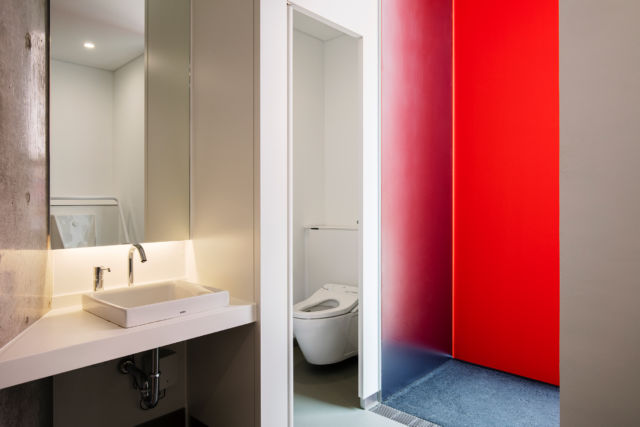 For Pritzker-Prize winning architect Shigeru Ban, safety was also a top priority. His design, which is located in a park, uses ‘smart glass’ technology, to allow users to see whether a cubicle is occupied before entering. The tinted walls turn opaque as soon as the doors are locked, and at night, the facility lights up the park like a beautiful lantern. 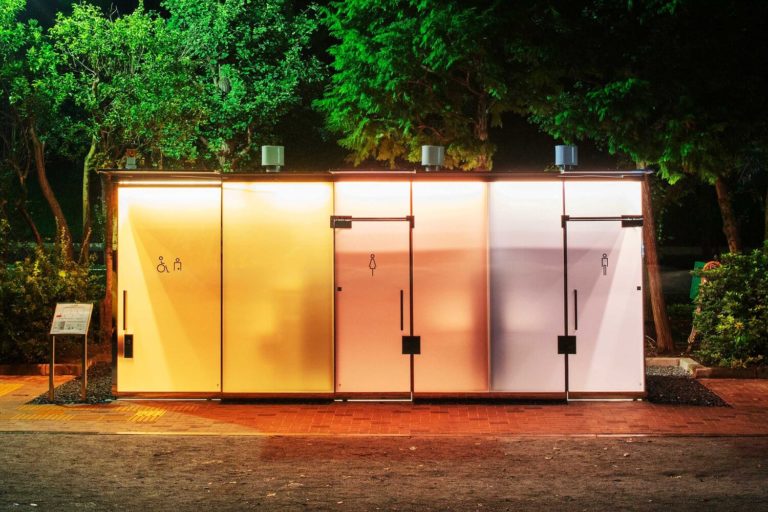 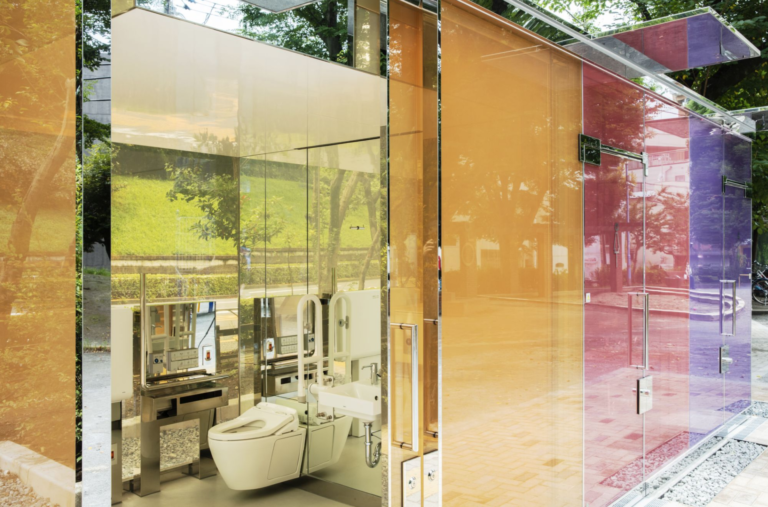 At Ebisu Park, interior designer Masamichi Katayama has created a proposal based on a different tenet of user experience: enjoyment. “We built an ‘ambiguous space’ that is simultaneously an object and a toilet by randomly combining 15 concrete walls,” reads the project statement. “The spaces between the walls lead users into three different areas designed for men, women, and everyone. The design creates a unique relationship in which users are invited to interact with the facility as if they are playing with a curious piece of playground equipment.” 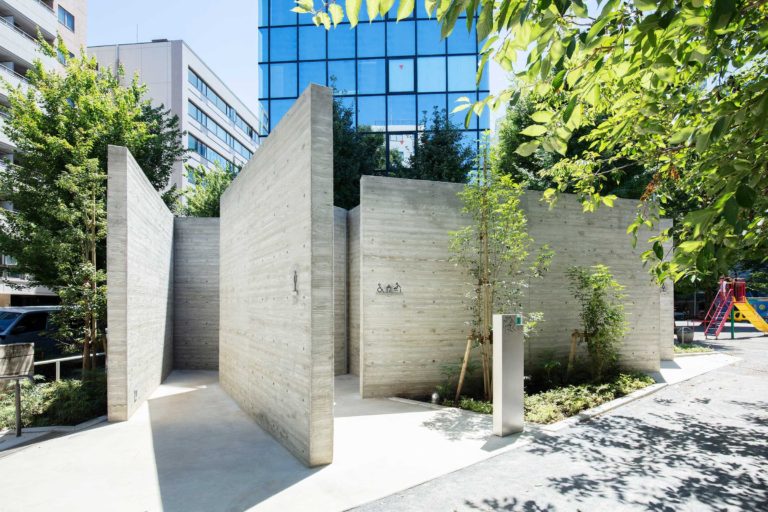 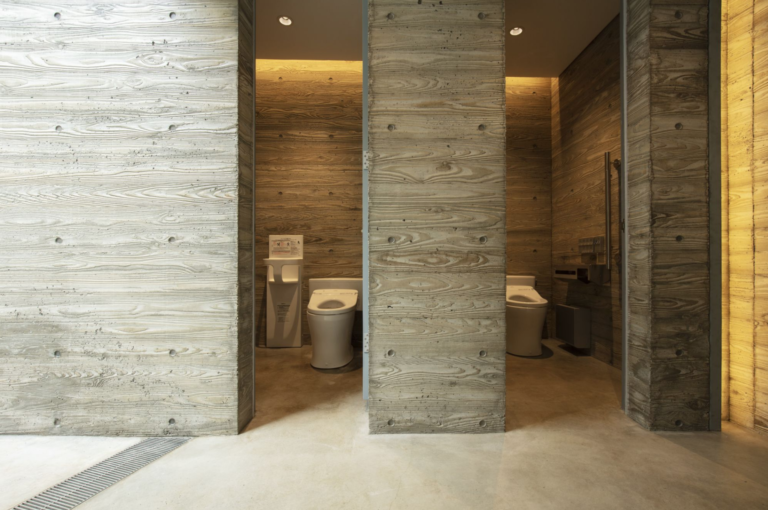 All of the restrooms are also equipped with wheelchair access, baby care rooms and facilities for ostomy. Still, it remains to be seen whether the public will feel as positively about the project as the designers do. Humans are creatures of habit, after all, and transparent walls and automatic doors may take some getting used to. What’s encouraging is that the COVID-19 crisis seems to be supercharging a desire for cleaner, fairer urban design practices everywhere. Here’s hoping that we continue to answer the call.