Did you know that Earth’s soil is vital in the battle against climate change? A recently published report by the IPCC shows us that land has a big part to play in securing the future of our lovely planet. Meet the designers set to better the relationship between humanity, food and land.

Land is a powerful ally in the fight against climate change but limited as it has to remain productive to maintain humanity’s food security. The IPCC’s Climate Change and Land reports that for plants and soil to fully absorb and store carbon effectively in battling climate change, they need sufficient time to grow and recover.

Three major issues can be identified as detrimental to the environment and a factor in climate change: desertification and land degradation, a lack of adequate policies on climate change, and reducing food waste. The report states that land is a critical resource that needs to be strengthened and aided in its recovery where needed, stressing the importance of local policies and governance in making sure the preservation of healthy land and plant-life is carefully managed.

Education is essential in creating a solid understanding of what it means to live in the Anthropocene, an age where human activity is the most dominant influence on the environment and climate. Like Parsons School of Design that under the supervision of Joel Towers, steered its curriculum toward sustainability and climate change. Spawning a new generation of designers ready to meet the future’s need for solutions, head-on.

It is estimated that around 500 million people live in areas that experience desertification, the phenomenon where lands lose their bodies of water, vegetation and wildlife. These areas are more vulnerable to climate change and extreme events such as droughts, heatwaves and dust storms, affecting all four pillars of food security: availability, access, utilization, and stability.

These changes are often irreversible and forever scarring. A good example of land degradation is the decline of the Amazon in Brazil, where consistent logging and human-caused fires are damaging Earth’s largest rainforest and its biodiversity beyond repair.

Computer engineer turned transdisciplinary artist Lot Amoros and his eco-technological project Dronecoria are trying to offer a solution. Dronecoria is an open-source project that allows people to create their own drone capable of sowing thousands of seed balls while analysing the landscape in order to find the best spot for every seed. Utilizing the power of design to make forrest restoration an action humanity can collectively participate in.

Next to these progressive ways in which design can empower people to aid in restoring nature, it can also be done by reassessing current processes such as conventional farming. Take the Clean Energy Challenge winning women from Nairobi’s Food Nexus for example, who are set to re-brand farming as something that is easy, local, sustainable and for everyone. Their mobile vertical farms, – that can be placed in people’s back yards – don’t deplete the soil and use wasted produce as fertilizer, giving the land time to recover.

The report records that about one-third of food produced is lost or wasted. Causes of food loss and waste differ substantially between developed and developing countries, as well as between regions. Reducing this loss and waste would reduce greenhouse gas emissions and improve food security.

What Design Can Do’s Clean Energy Challenge made its way to Nairobi, a city dealing with Rapid urbanisation that is stretching food and agriculture systems to their limits, making it challenging to provide sustainable food and nutrition security for its residents.

Social entrepreneurs, Dysmus Kisilu and Peter Mumo Nyamai’s solar-powered cooling unit Solar Freeze gives local rural farmers in Nairobi the chance to cool their produce, which is essential to secure their income while fighting the overarching problem of waste. 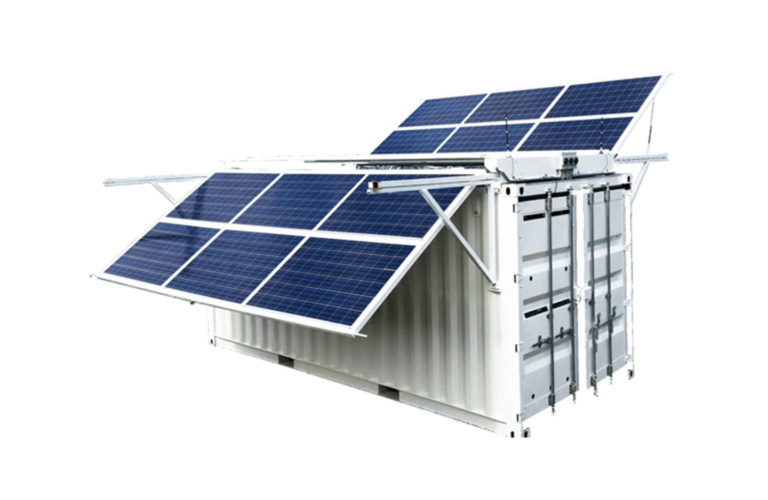 All hands on deck

Climate Change and Land finds that the world has a better chance to tackle climate change when there is an overall focus on sustainability. This means that all sectors need to pitch in, in order to reach the agreed 2ºC that was backed by governments during the Paris Climate Summit in 2015.

Finding new solutions that promote sustainable outcomes are essential in reaching this ambitious goal. It is here where design can make an impact by forming a bridge between problem and solution, question and answer. Asking for a new form of creative leadership that will bring about a shift in business operations, transforming current systems to fertilize our land with positivity.

Want to be part of radical collaboration labs?