Back where it all began: On 3 June 2022, What Design Can Do made a triumphant return to Amsterdam with the long-awaited tenth edition of its annual festival. A sold-out crowd of nearly a thousand creative activists and innovators gathered at Internationaal Theater Amsterdam to explore how design can help us reshape our lives in the face of our planetary crisis.

Leading the conversation with a potent mix of urgency and optimism were a dozen of the world’s finest changemakers, including graphic designer Eddie Opara, architect Marwa al-Sabouni and filmmaker Josh Fox. Besides showing examples of what design can do for society’s problems, speakers also laid out a blueprint for how: looking at the kinds of processes and practices that we must adopt if we want to expand our impact as creatives. During the afternoon series of breakout sessions, visitors and speakers met in smaller groups to dive deeper into specific themes like circular planet, gender equality and decolonising design.

The day ended on a high note, with the crowd gathering on and around the yellow stage for a round of drinks at the afterparty co-hosted by BNO and ADCN. Below, we look back on a few memorable moments from our first event back in Amsterdam in nearly three years. 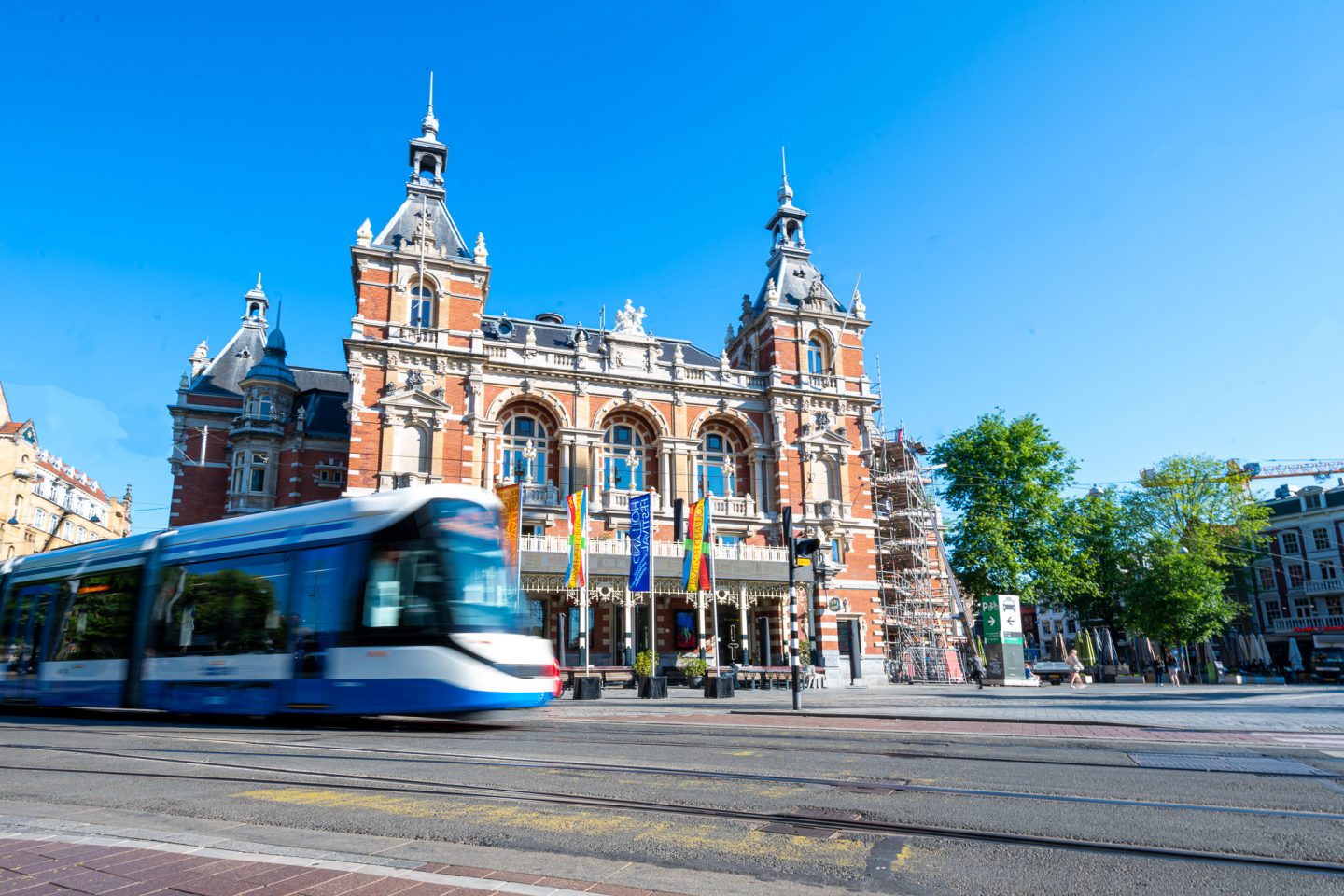 A beautiful day for a design festival. Photo: Enrique Meesters. 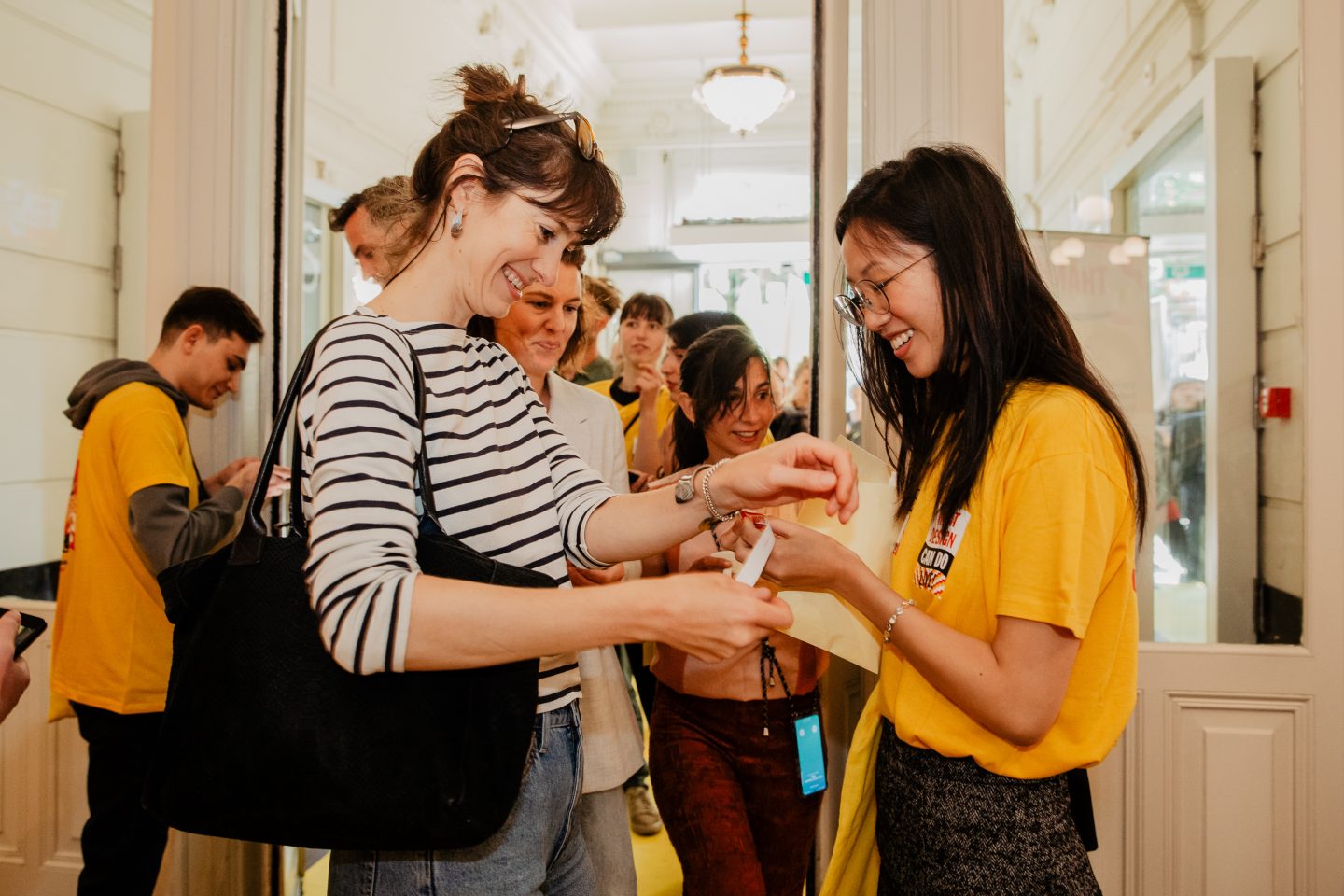 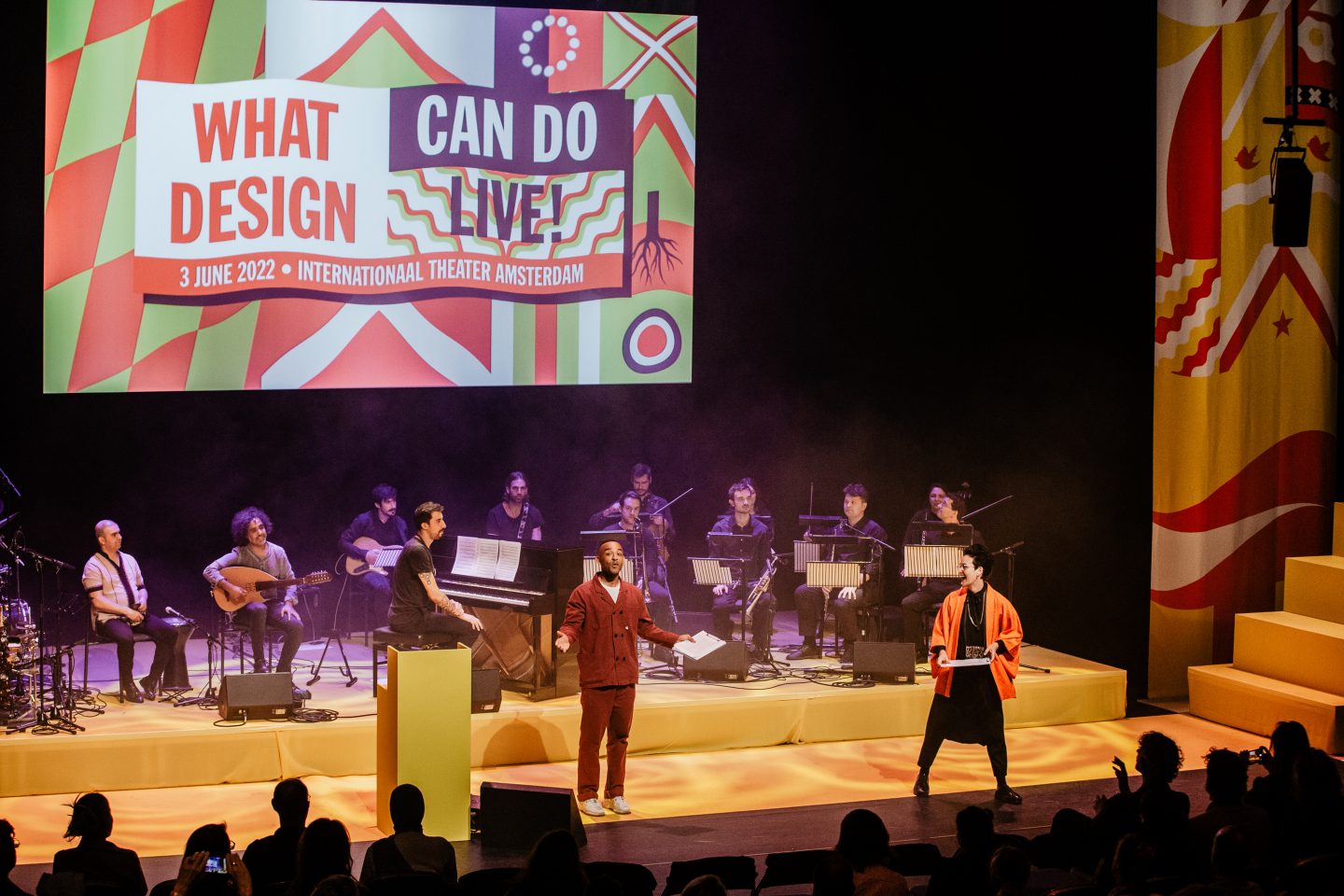 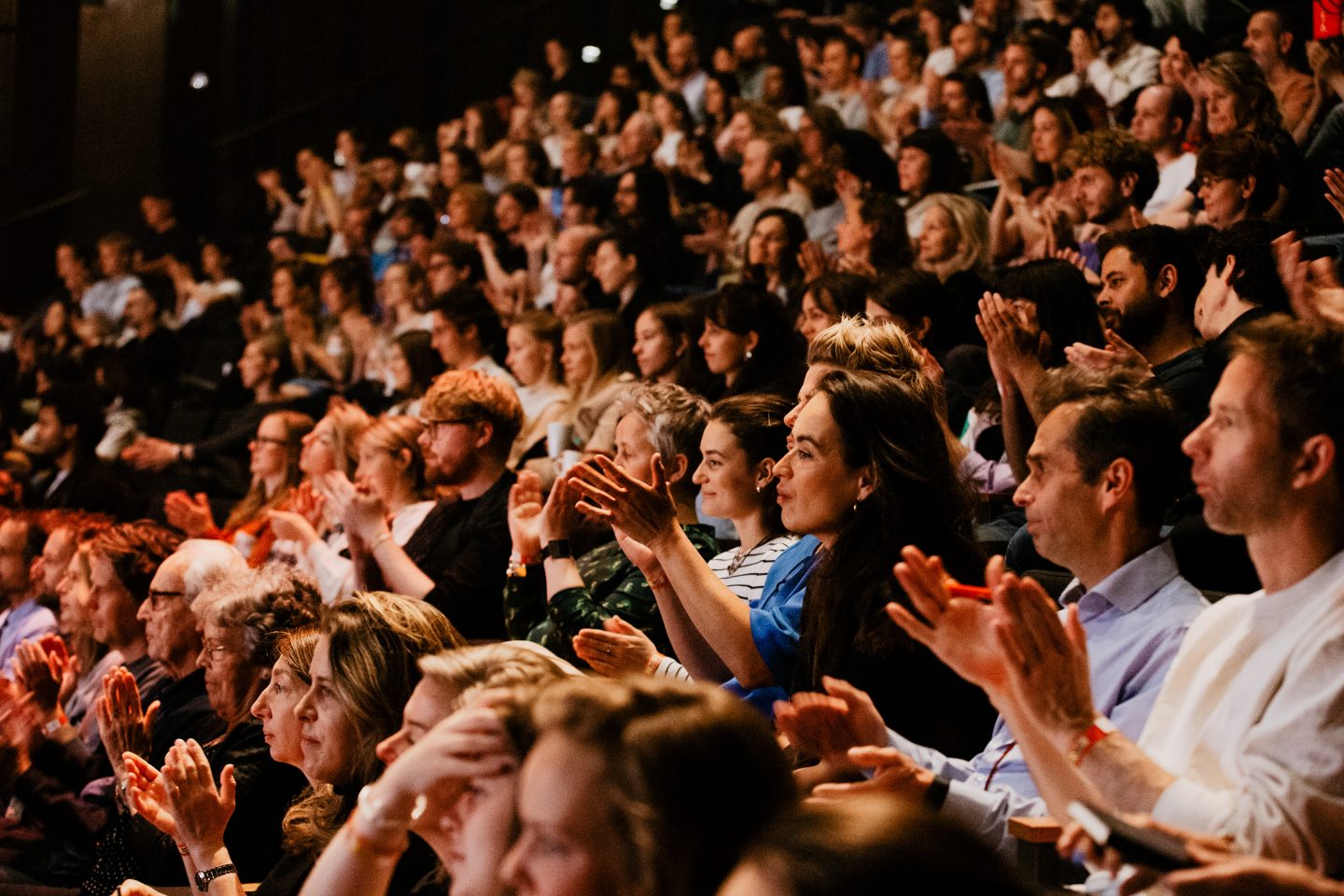 The sold-out audience at the Rabozaal. Photo: Laura Ponchel. 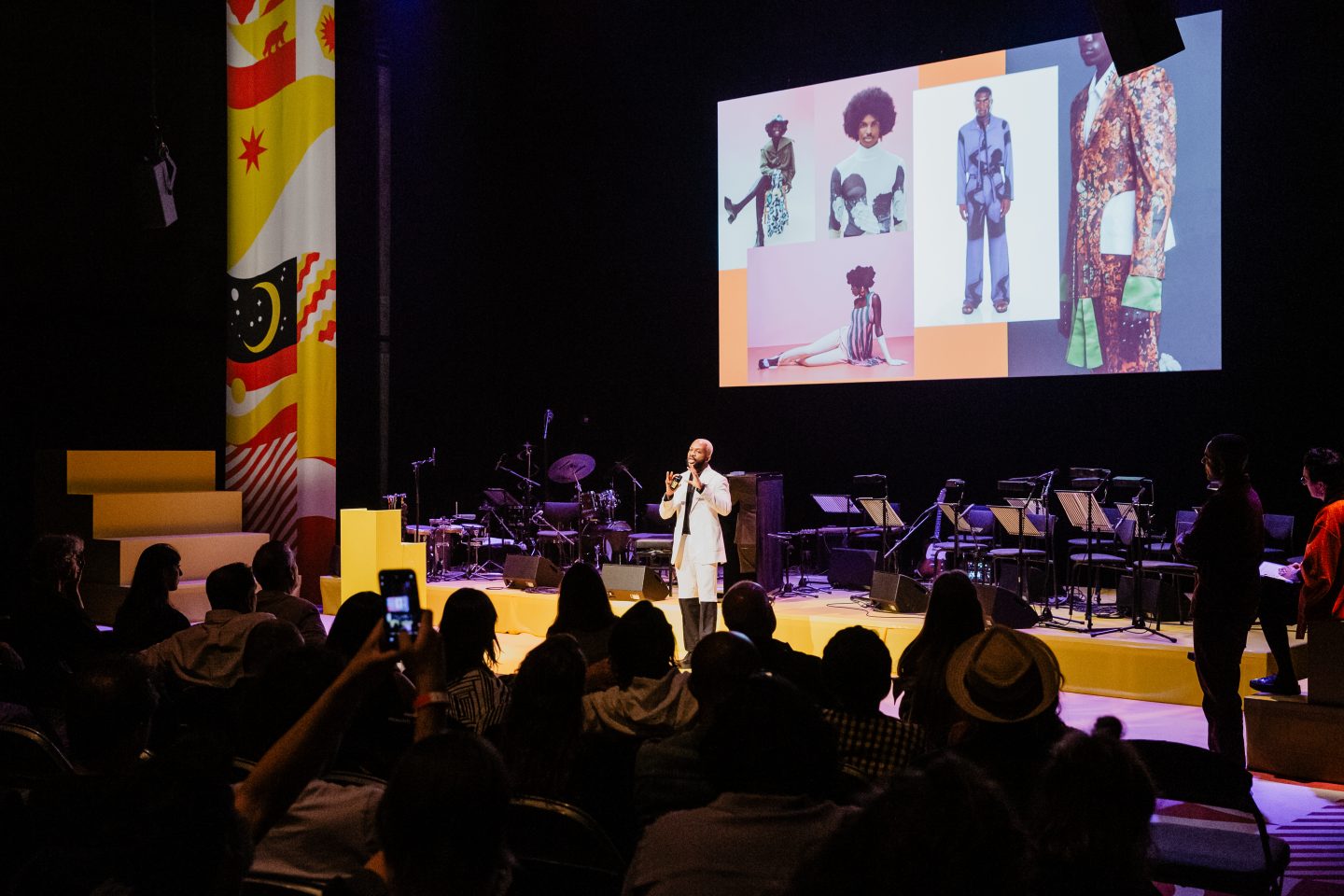 “Part of my belief as a designer is that community is everything.”
— Adebayo Oke-Lawal. 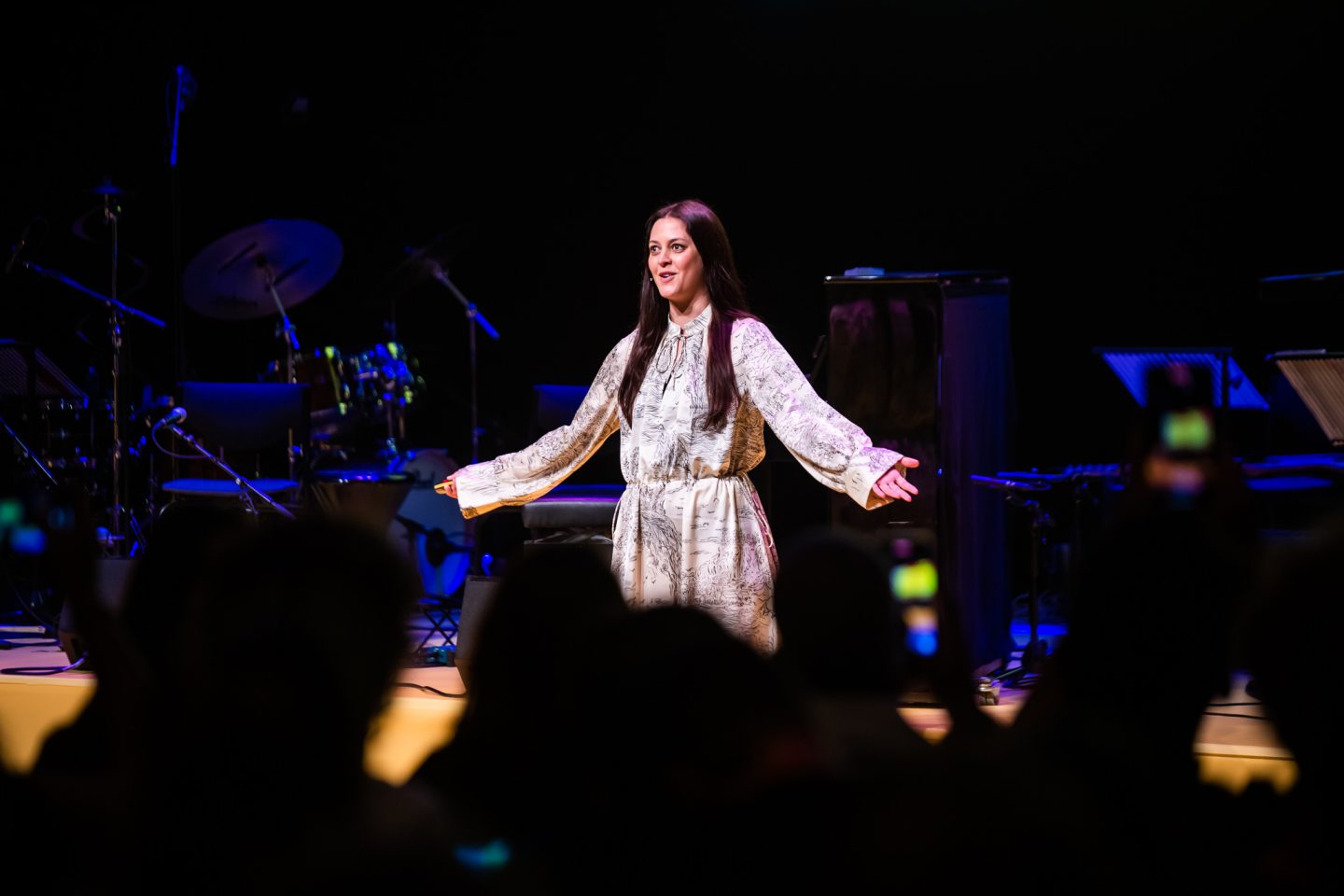 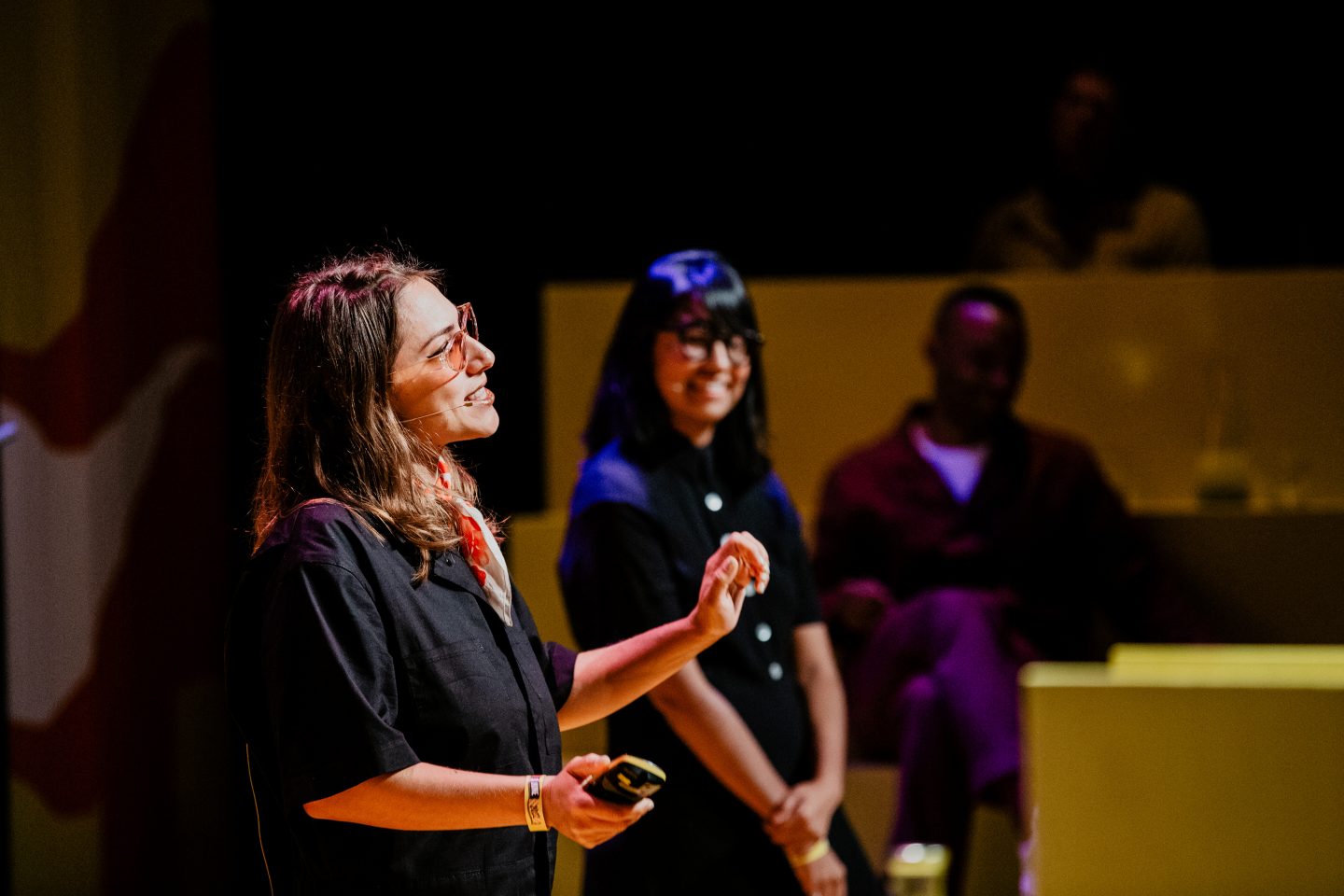 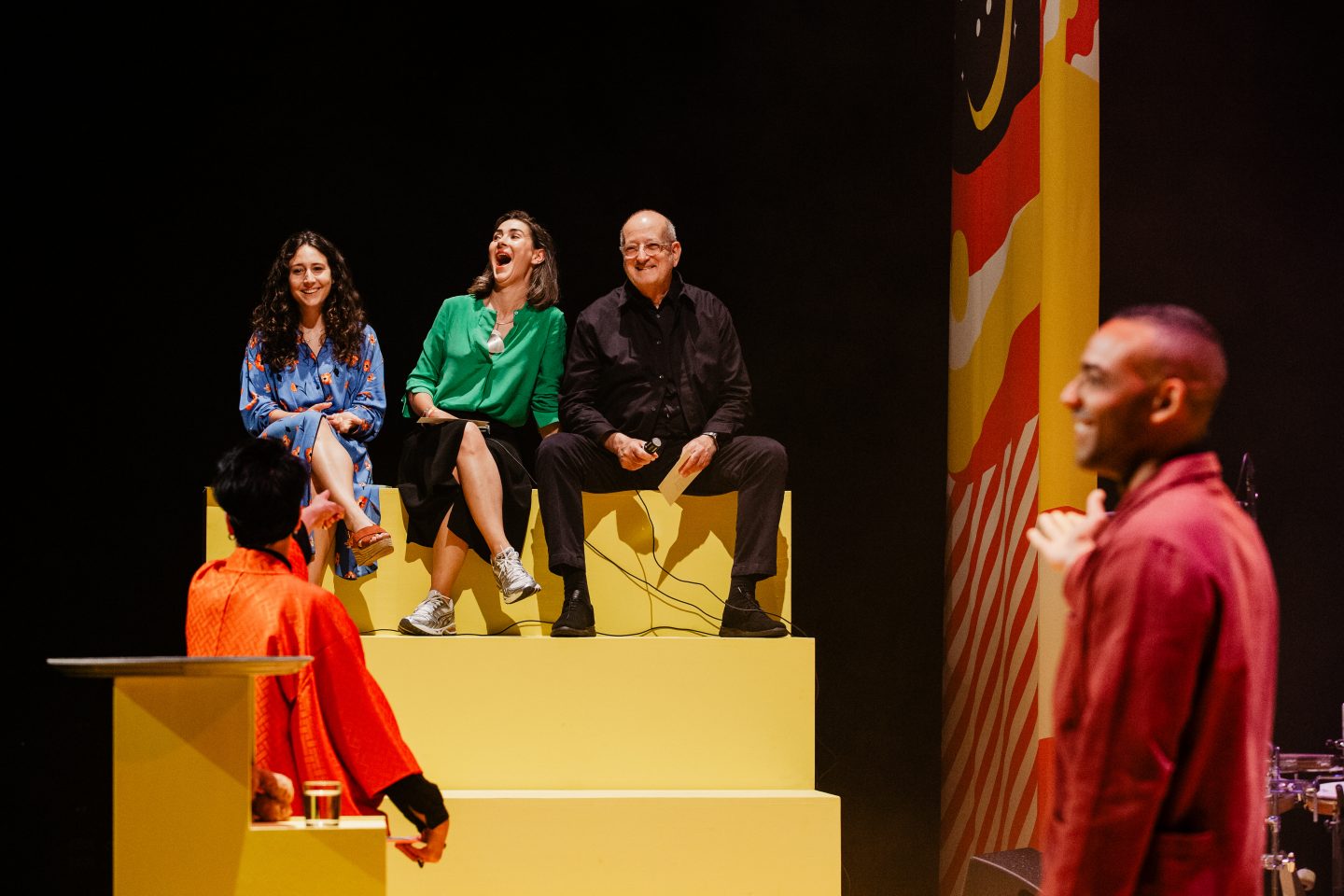 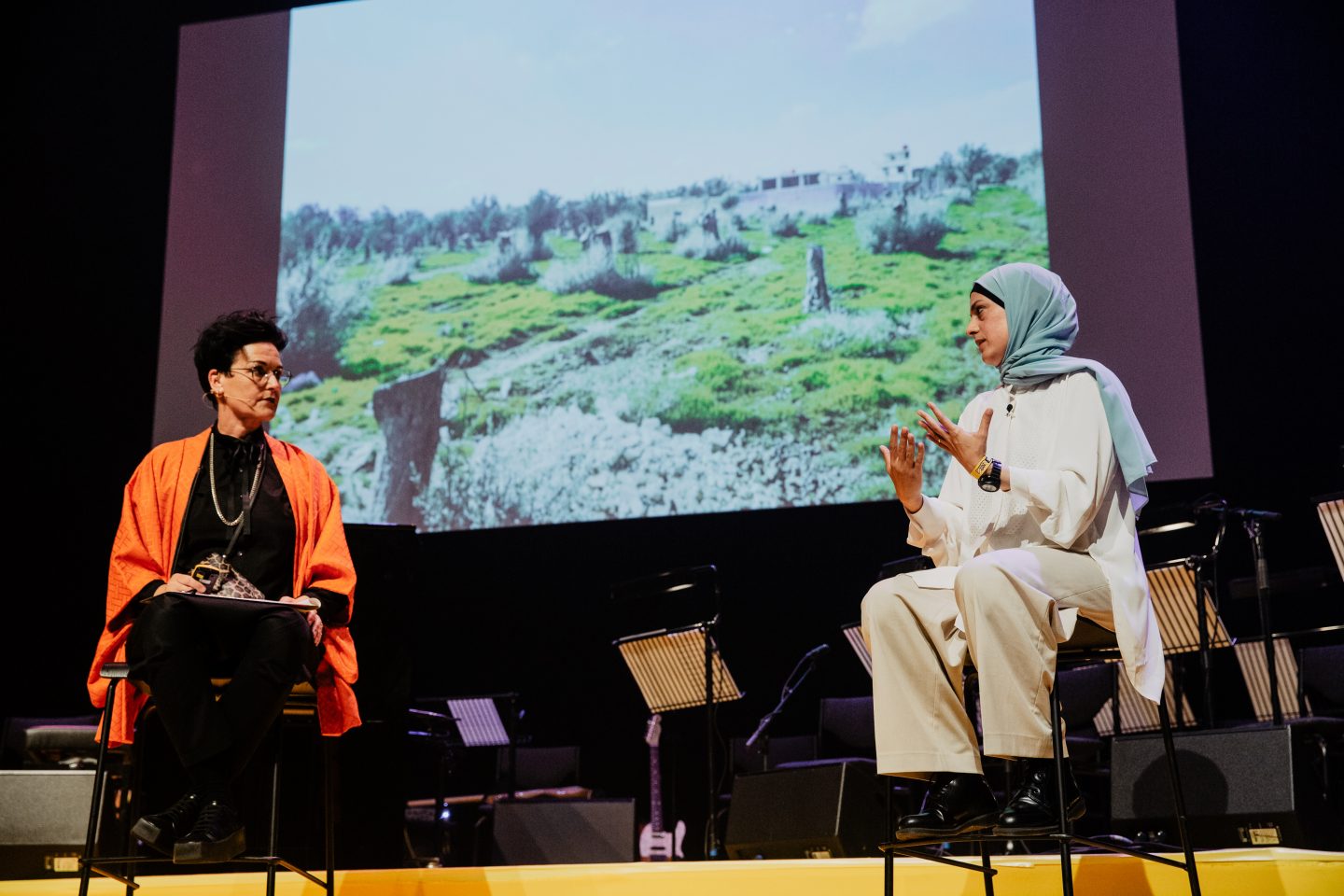 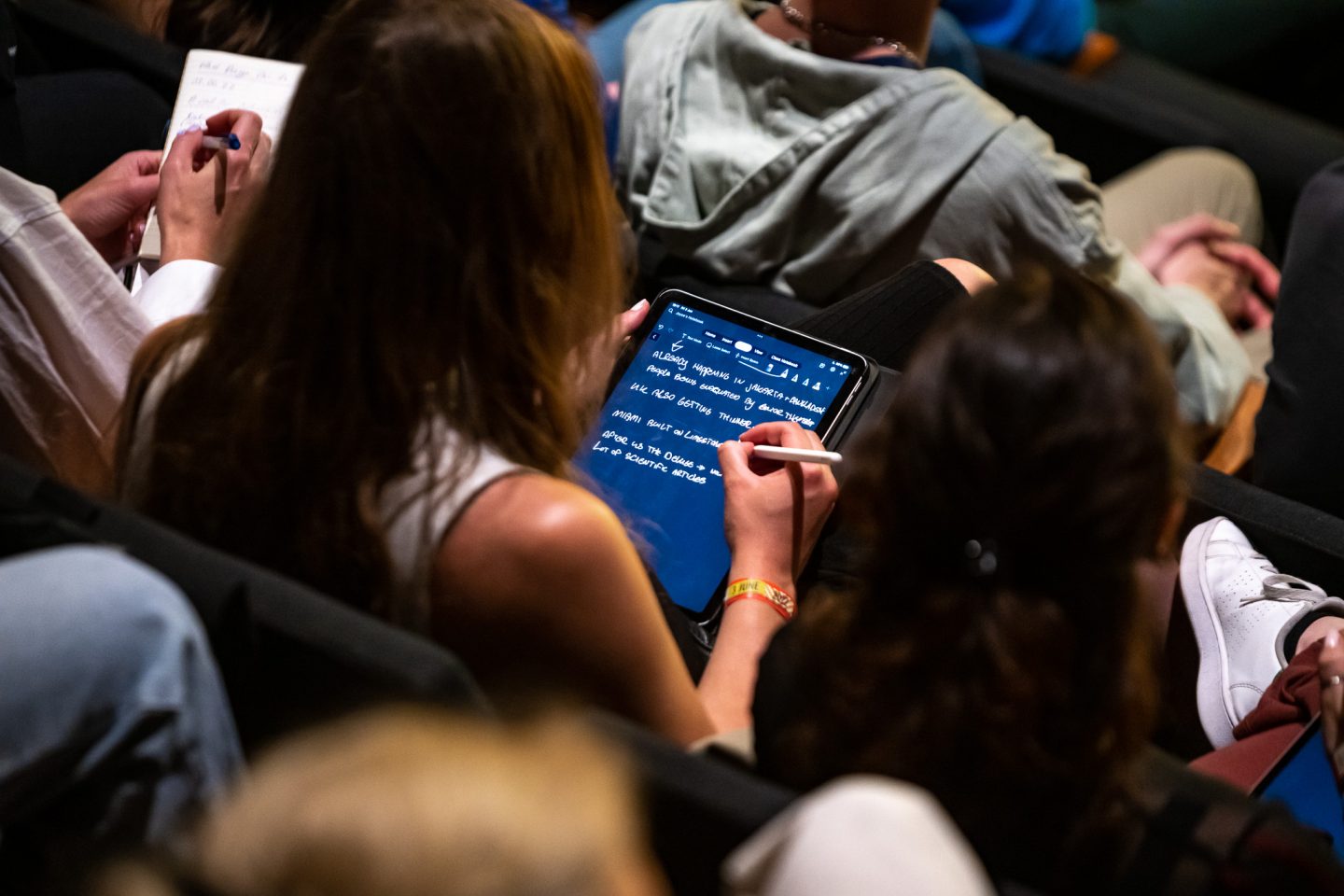 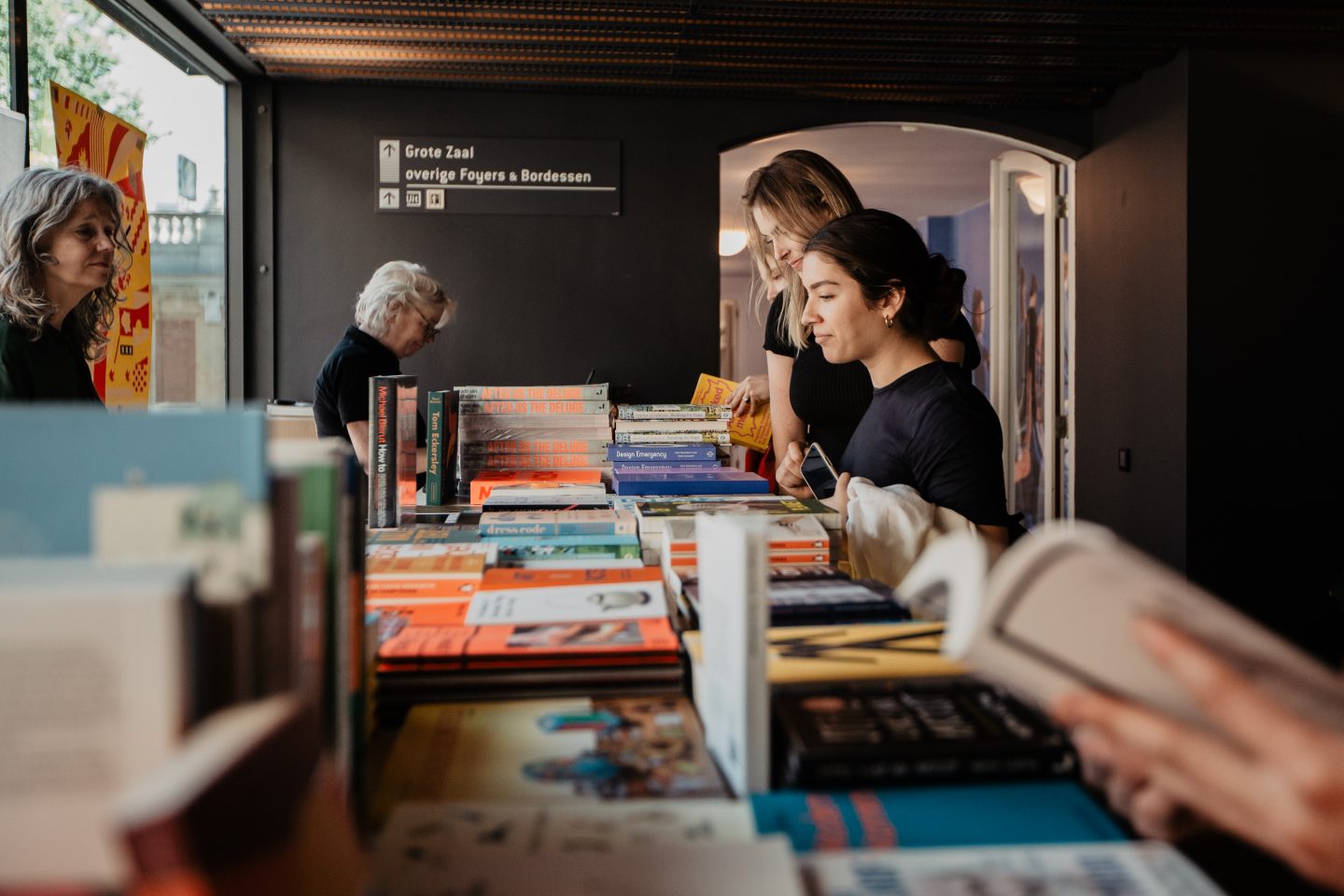 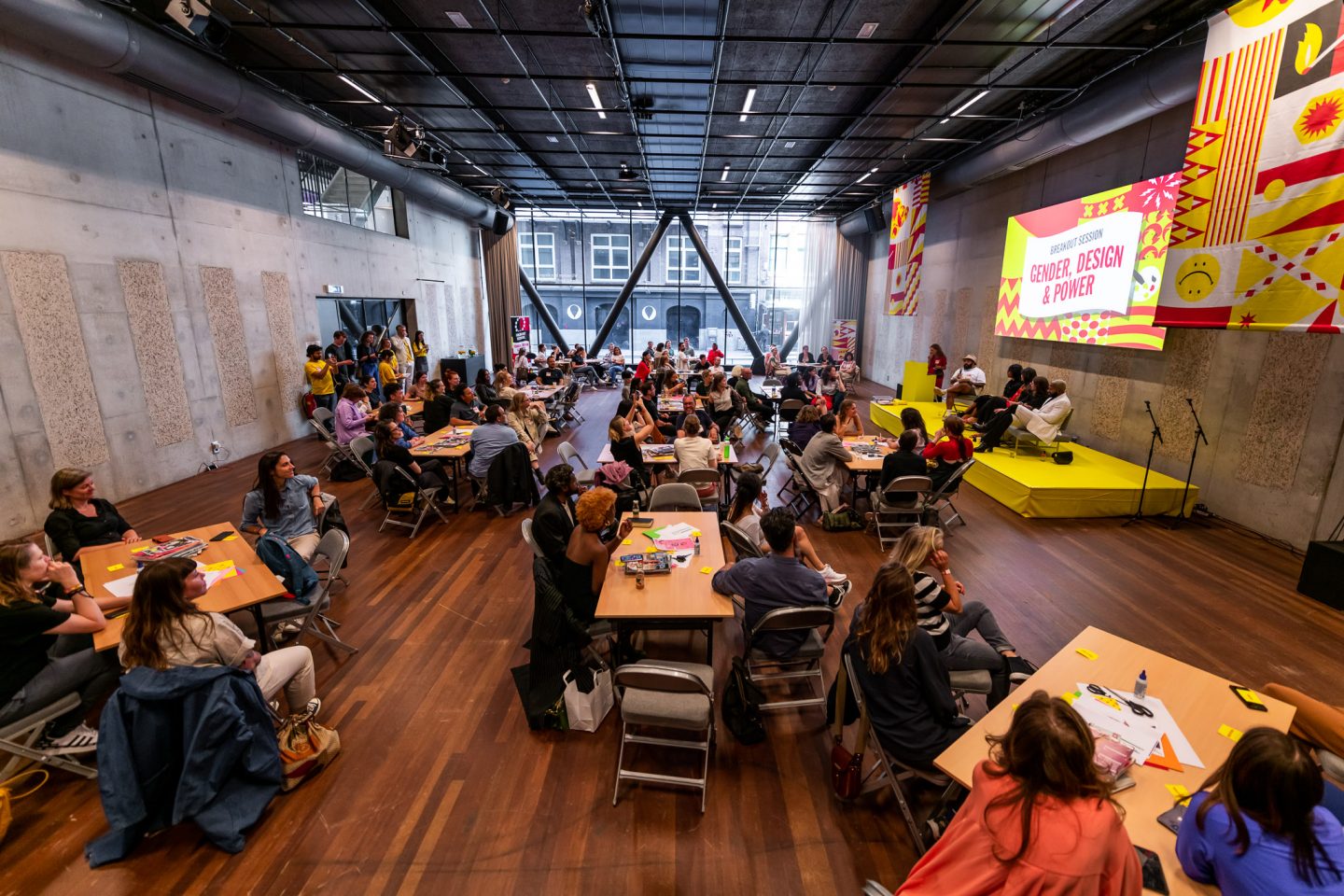 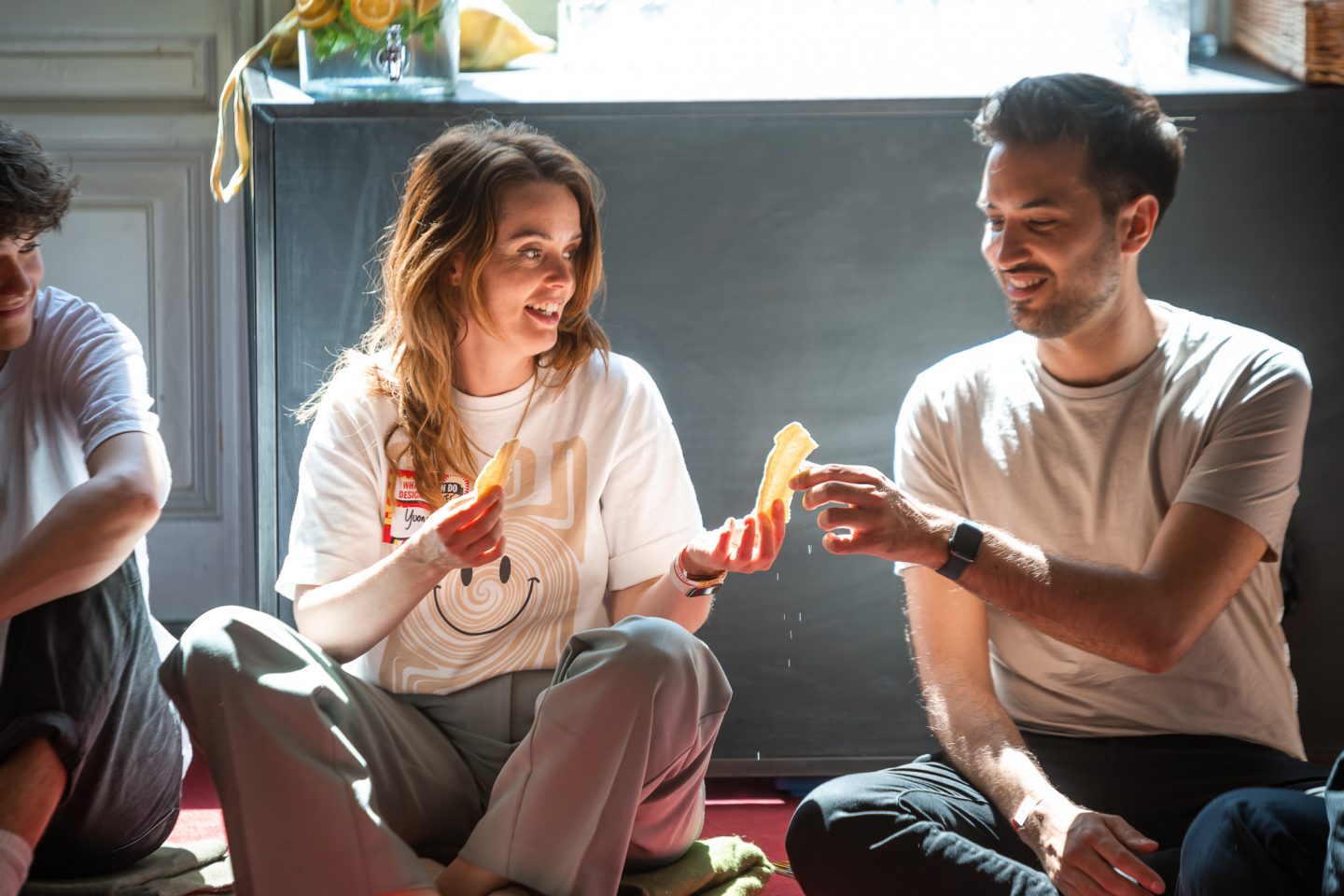 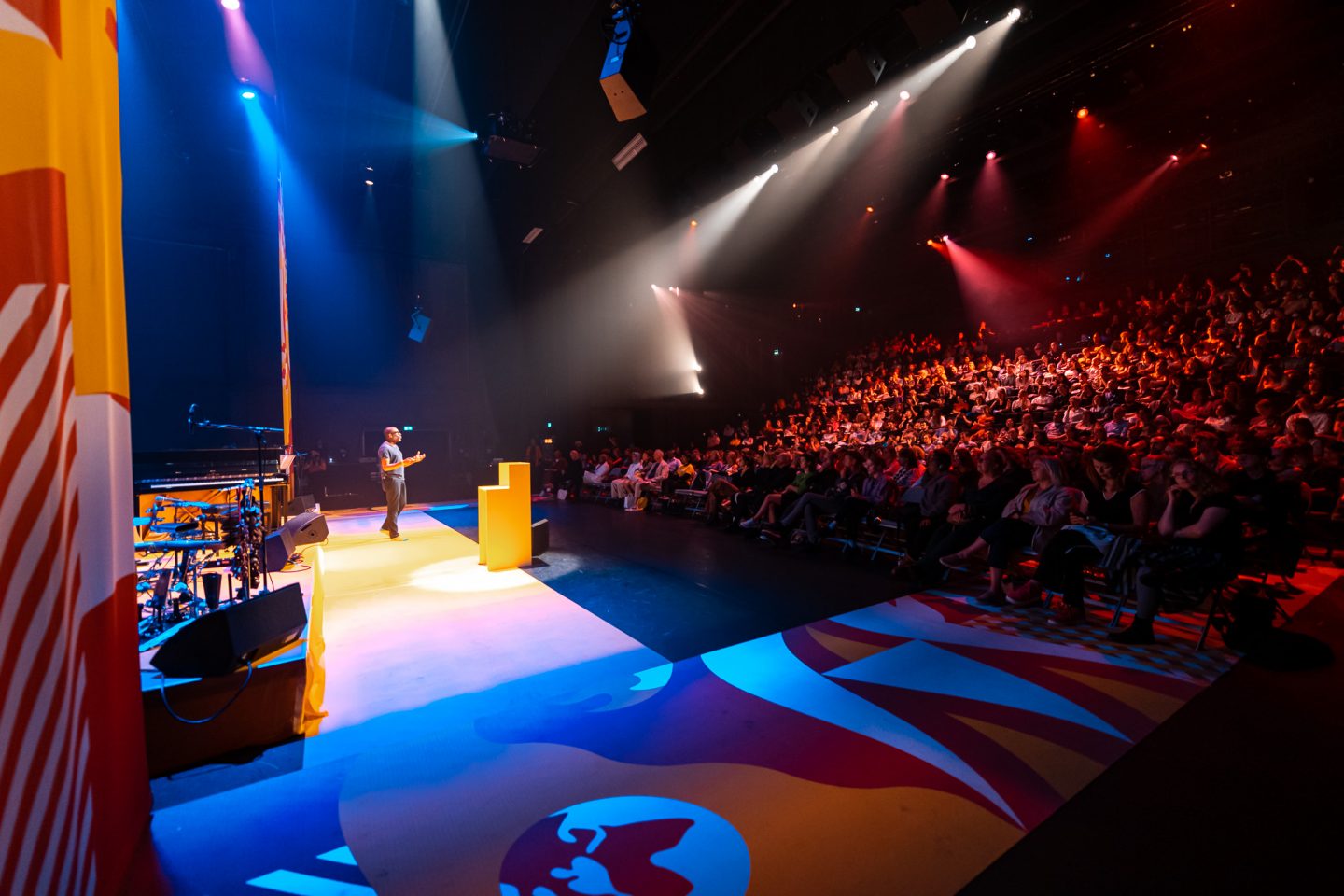 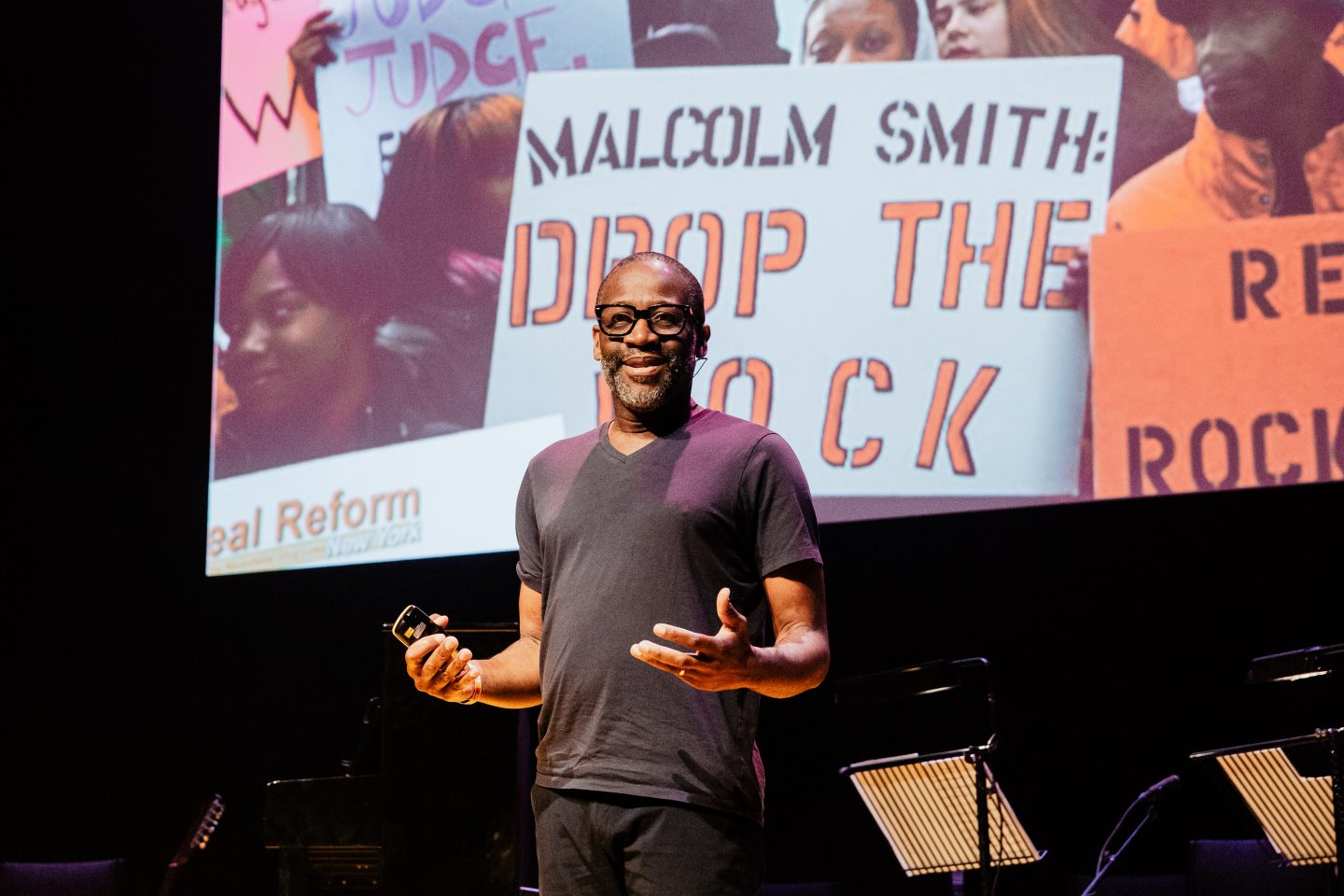 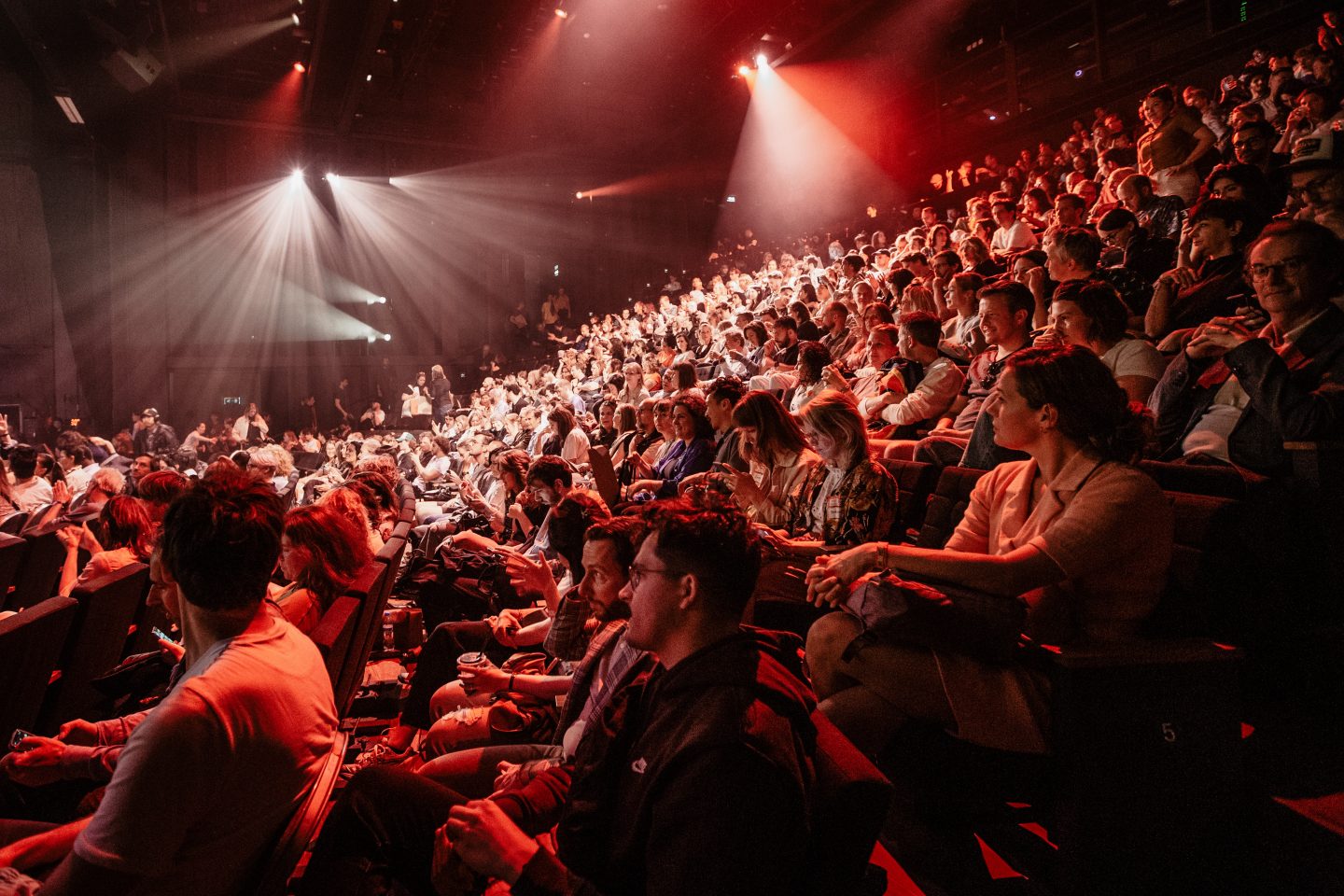 The crowd at the end of the day. Photo: Laura Ponchel.