This summer marks one year since sixteen design-driven startups were awarded the top prize in What Design Can Do’s global No Waste Challenge. For many winners, this has been a time of incredible growth, with a few teams reaching monumental funding goals and bringing new products to market for the first time. For others, the climb has been slow and steady, fuelled by the kind of small adjustments that are part and parcel to building a sustainable business. To celebrate just how far they’ve come, here’s a peek at what’s been keeping the winning teams busy over the last few months.

After years of development, the designers behind Mapu are hitting a very special milestone this week with the release of their new line of handmade clay speakers. The official launch event took place in Denmark on 18 August, which means that you can now purchase the first sound-systems in the world that are primarily made from natural and biodegradable materials. How cool is that?

In Kenya, fellow winners Omiflo have also been working hard to increase the range and quality of products they offer. Since winning the Challenge, they have brought out a new and improved version of their hydroponic filter system, which can treat wastewater while using it to grow lush greenery.

We’ve also seen several winners launch new online platforms in the last six months, like Clothing Loop and Reparar, who are using technology to bring people together and promote a culture of sharing and repairing. In July, the latter presented a fresh, more user-friendly website for their educational programme around the circular economy. 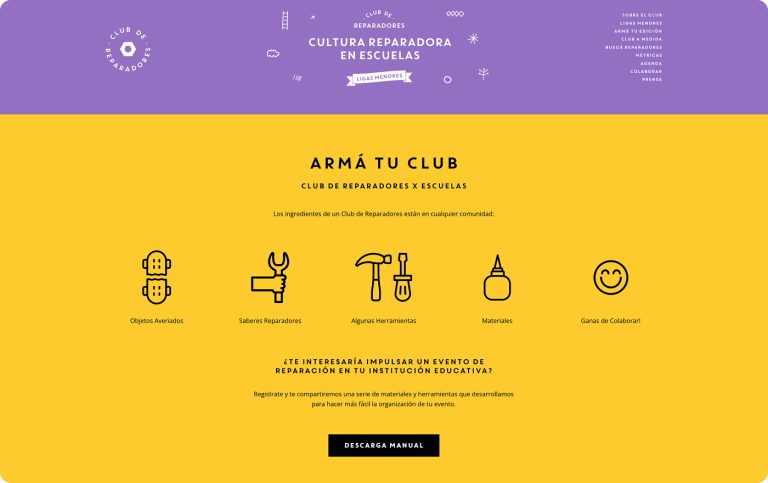 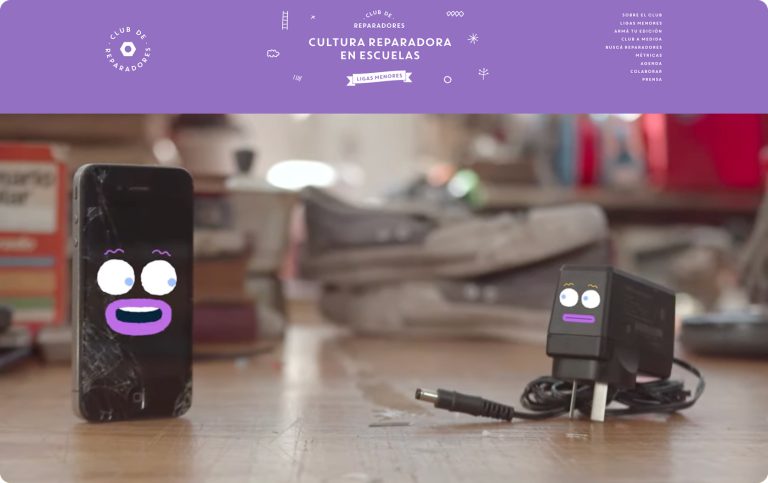 Reparar have been working hard with UX designers to increase the accessibility and efficiency of their services.

For a handful of other winners, especially those working in the field of material innovation, the last year has been all about making tests, filing patents, and improving prototypes. Early-stage projects like Sustrato and Dapoda used the funding and training they received to solidify their business cases, register their enterprises and continue researching the potential of their biomaterials. Both projects have started to gain traction with their experiments, with Sustrato’s pineapple leaf fibre recently being shown at the Marta Herford Museum in Germany and Dapoda’s wooden objects making an appearance at the 13th Architecture Biennale of São Paulo.

More good news comes courtesy of the team behind Radial. The biotech startup obtained its first patent in January, allowing it to explore more applications for its fungi-based material. Claybens creator Emy Bensdorp cleared a similar hurdle this year, and is almost ready to seek potential investors for her innovative solution to the pollutants in our soil. 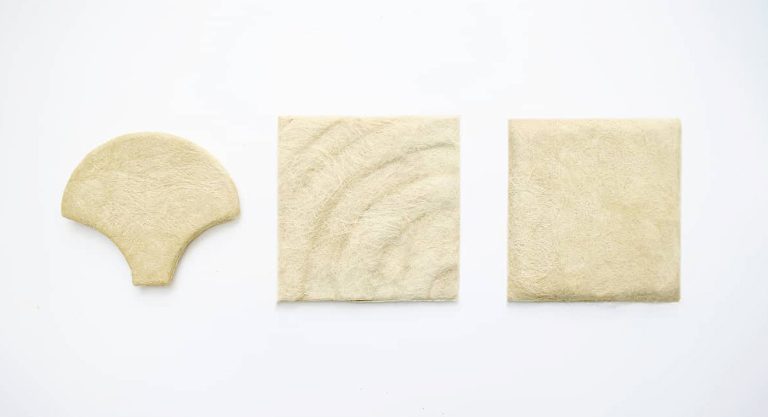 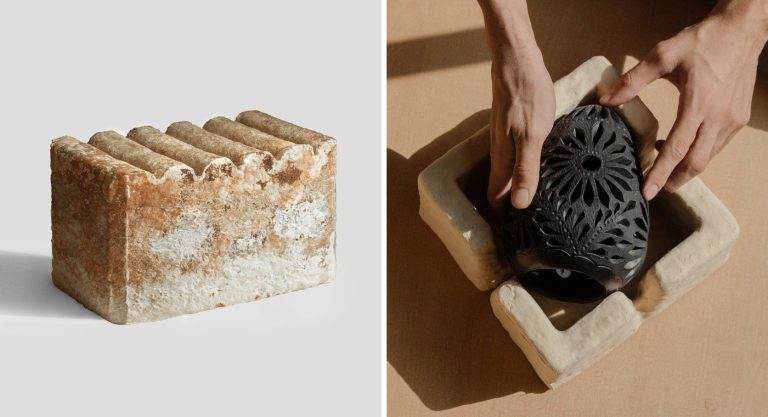 Getting seen (and getting funded)

Out of the lab, and into the dragon’s den: for some winners, the greatest challenge of the last year was to keep the momentum going by securing more funding for their ideas. This also meant getting as much visibility as possible, for example by entering competitions, participating in pitch events and raising brand awareness wherever they could. The designers of the Loop Living Coffin did exactly that, embarking on a whirlwind promotional tour that included an appearance at WDCD Live Amsterdam 2022 and features in Wired Magazine and CNN. They even made their way to the Dutch version of the popular TV programme, Dragon’s Den, where they managed to raise a whopping €1 million in investments. Since then, they’ve added new hires to their team, opened a factory and teased a ‘big’ new update coming soon. 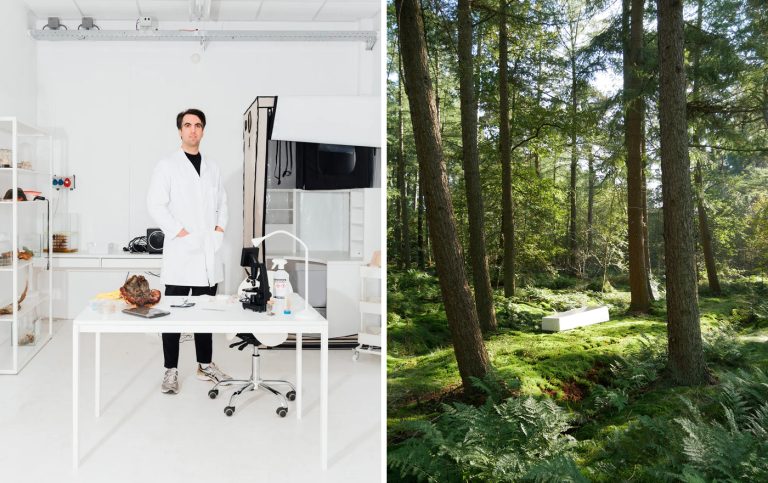 Last June, UK-based winners Modern Synthesis also managed to raise millions for their research into microbial textiles, and are currently building their first pilot facility in southwest London. Meanwhile, Outlander Materials is shaking up the packaging industry with their plastic alternative, which took home a spate of innovation prizes this summer and has moved into a new phase of production trials.

Winners Leafy Life are also having their busiest year ever, travelling between Kenya and the Netherlands to participate in tech incubators like Yes! Delft. Fellow startup Nyungu Afrika is on the same upward trajectory, winning grants left, right and centre with their line of affordable, biodegradable period products. In May, founder Mary Nyaruai was even named the Female Entrepreneur of the Year by the Total Energies Challenge! 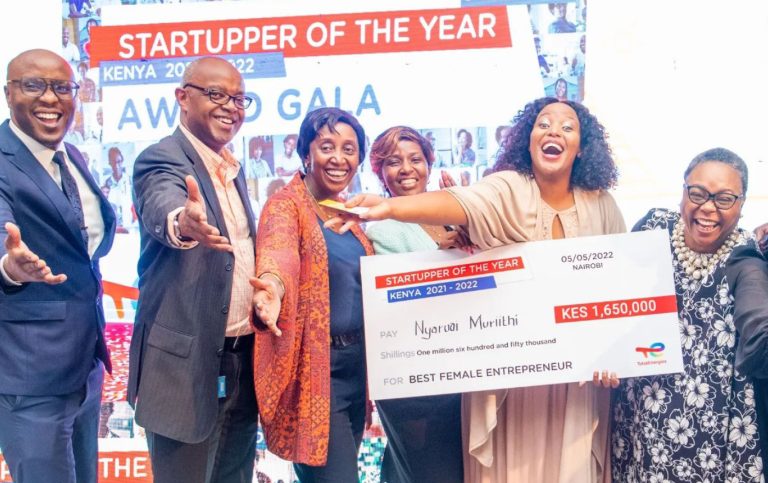 Last but not least, there’s some great news to share in the realm of strategic partnerships. Indian studio Carbon Craft has been hard at work improving their range of upcycled carbon tiles with the help of various architects and engineers. This progress led to a valuable partnership with Adidas, who commissioned them to design surfaces for a total of seven retail stores around the country. 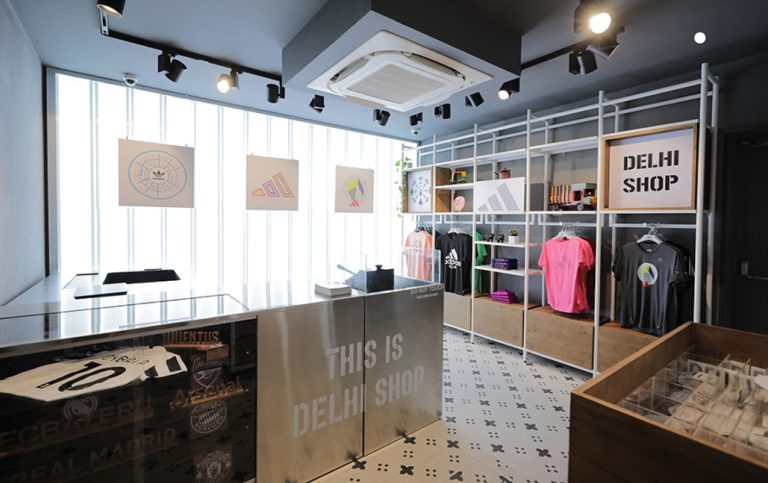 Carbon Craft tiles in use at the new Adidas store in Delhi.

Collaboration also remains the engine for winners Hagamos Composta and Project R, who continuously work with local companies and collectives to make circular events and services more accessible. The former — which started as a community composting project in Mexico and Honduras — have even expanded their reach to Europe, with a new chapter forming in the city of Madrid. A little birdy also told us there might be a cross-collaboration happening soon with fellow winners Omiflo, and we can’t wait to see what’s in store.

If you’d like to stay updated in the future, make sure to follow #NoWasteChallenge on social media or click here for more information about each winner. You can also bookmark this page to be the first to know about the next edition of our global Challenge programme.