‘Wouldn’t it be great if Shell invested in renewables instead of exploring for more oil and gas?’ Follow This founder Mark van Baal opened his talk with this seemingly idealistic question. He admits that the naïveté of not knowing how difficult the task would be worked to his advantage. But don’t be fooled — that opening statement belies the rigor and conviction with which he boldly challenged a multi-national oil giant. This is a modern David-versus-Goliath story set during a time of accelerating climate change.
By Peggy Hsu

Van Baal, a former journalist, is on a mission to get the world to switch to renewable energy as quickly as possible — starting with Shell. However, Shell does not listen to journalists, activists, or a mere handful of individuals. It’s the shareholders who hold power and are the key to Van Baal’s strategy to ‘change the system by entering it’. By rallying individual shareholders and pension funds, he reached the threshold necessary to submit a resolution at the annual Shell shareholder meeting. With a seat at the table, these voices of change could no longer be ignored. 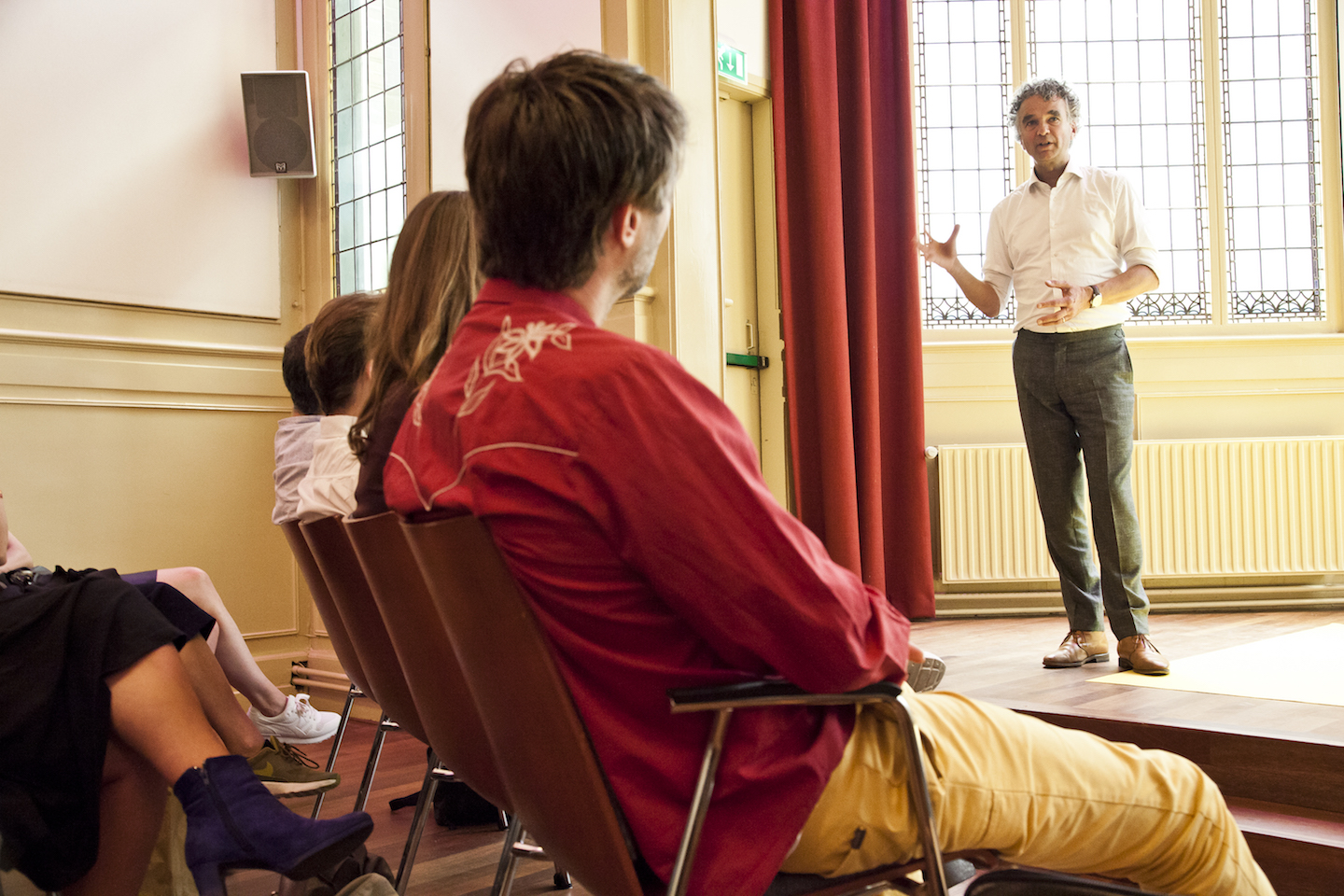 In 2017, Van Baal’s coalition successfully pressured Shell into finally accepting their responsibility for the emissions of their customers. There is, however, still a long way to go. The green coalition’s most recent resolution – to get Shell to set targets aligned with the Paris Climate Agreement – will require them to gather even more allies to create a stronger, more powerful voice.

Inspired by Van Baal’s vision and determination, the workshop attendees were eager to understand and apply his methods. The obstacles he faced were familiar to many in the room who are trying to realize their own social designs, tackling industries such as health and fashion.

They listened intently as Van Baal took them through the steps from his experience, starting with going public, then how to weather the company’s silence followed by their scorn while seeking more press, always keeping in mind that the opposition’s ridicule means that your message is hitting the target.

Inspired, many left the session asking for a manual or guide to help them face their own Goliaths. Based on the clamour in the room, we hope it is a request that Van Baal will seriously consider.