What Design Does To Counter Violence Against Women1 in 3 women experience violence in their lifetime; what do designers do to end it?

Although violence of any kind is disturbing, it’s the facts and figures of violence against women which are strikingly high. Global estimates published by WHO (World Health Organization), indicate that roughly 1 in 3 (35%) of women worldwide have experienced emotional or sexual violence in their lifetime. It is also stated, that the majority who cause this are intimate partners.

Every country has their own statistics on this, however the general consensus is that it is far too common and something needs to be done about it. The topic of violence includes areas such as emotional violence, physical violence, sexual harassment, sexual abuse, rape, forced abortion, forced marriage and female genital mutilation. Although it is a sensitive topic, it’s imperative that it’s talked about in order to design more and better solutions.

Here are some examples of what is already being done. 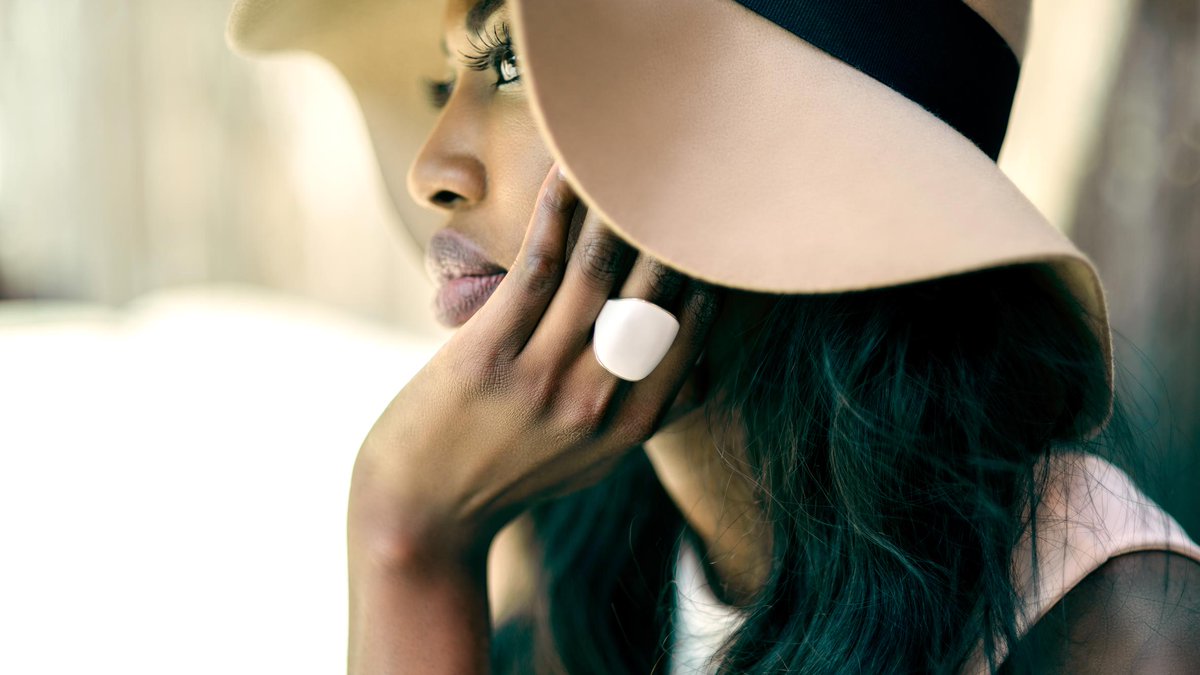 Nimb – Smart Ring With Panic Button
This ring has been designed to improve the ability to respond, as the carrier can access it immediately. With a panic button embedded in the ring, once pressed, an alert is sent to emergency responders as well as chosen contacts. It is discreet and shares the location in seconds enabling support to arrive shortly. The product is already available on the market.
nimb.com 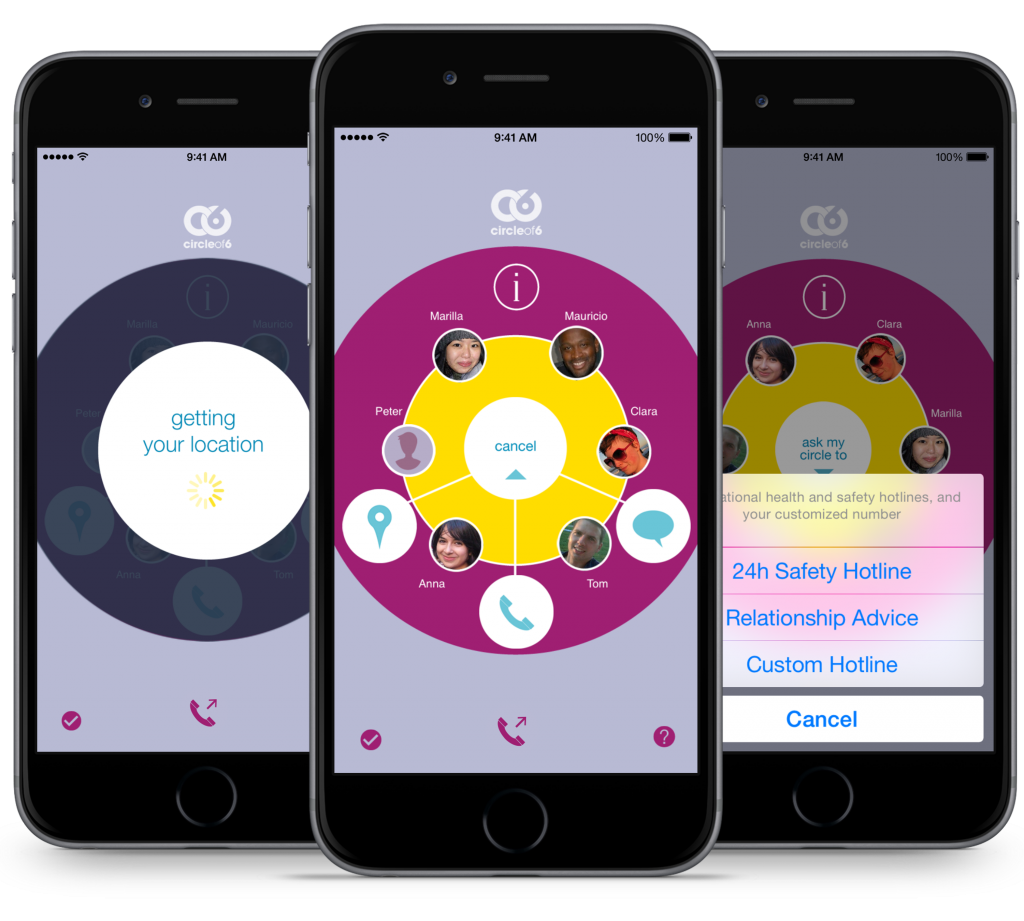 Circle of 6 app
This available iPhone and Android smartphone app lets you choose 6 people in your community for you to safely reach out to. Two taps of your phone and you let your circle know where you are and how they can help. Although designed to prevent (sexual) violence, it can also be useful in many situations where a person might need help.
www.circleof6app.com 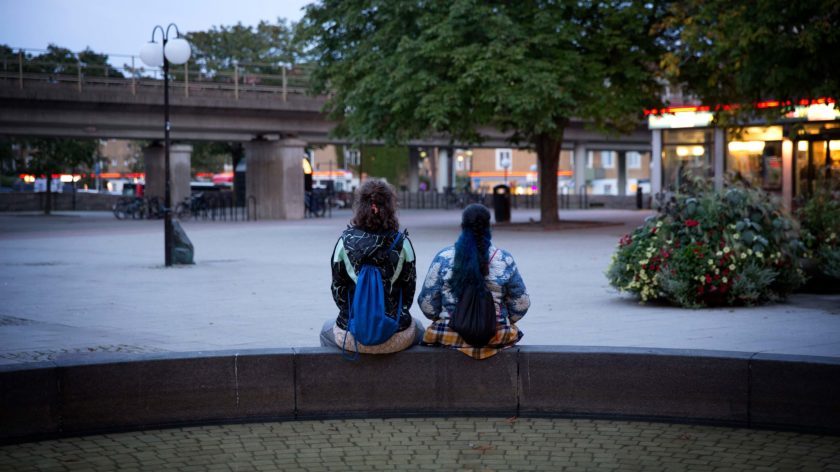 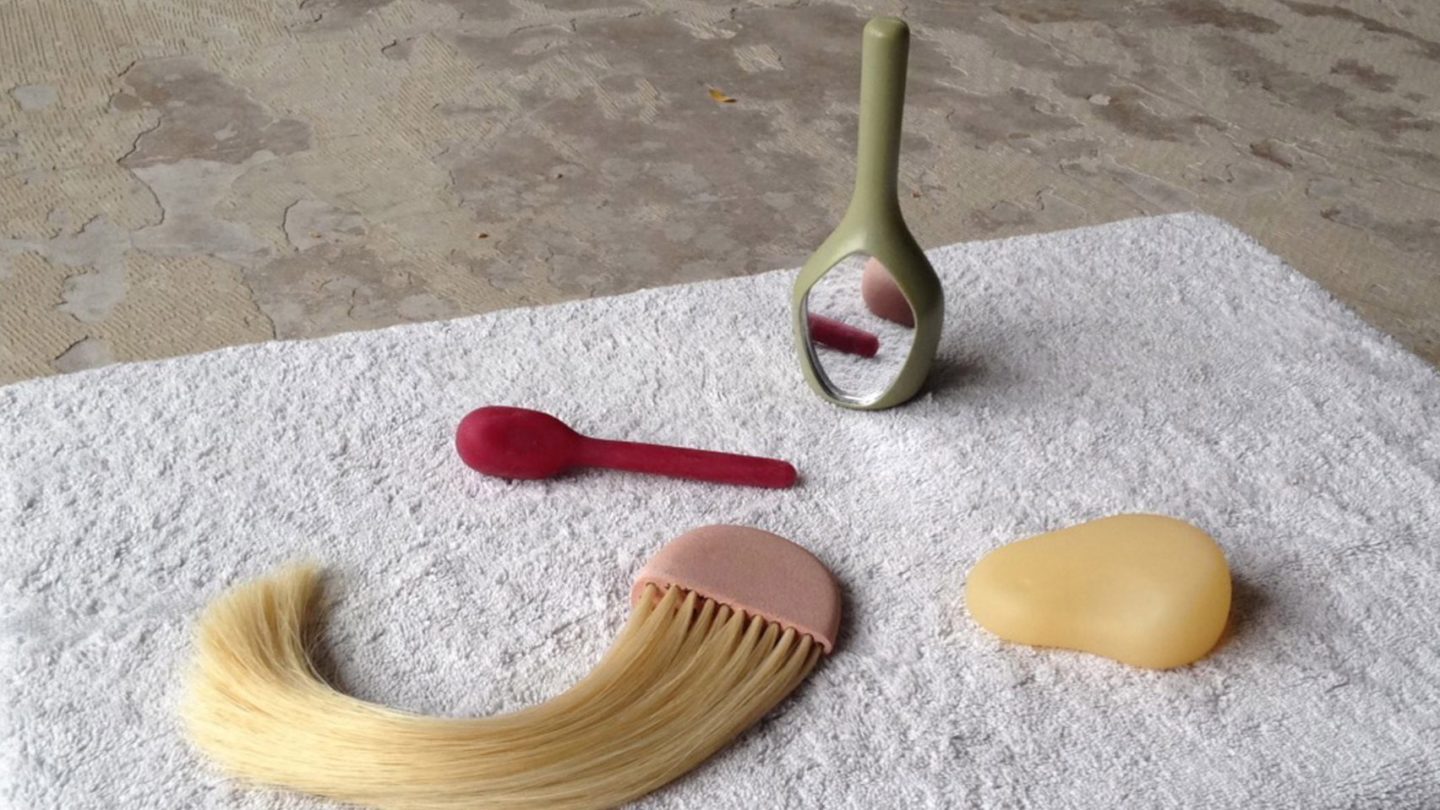 Sexual Healing
Therapy tools have been created to rehabilitate women affected by sexual abuse. Design Academy Eindhoven graduate Nienke Helder created these to help woman who are suffering from trauma-induced sexual problems. The designer worked together with medical experts and women in recovery to develop a set of five objects. The objects encourage women to explore what feels good, to relieve feel and pain and regain a sense of security.
www.nienkehelder.com/sexualhealing 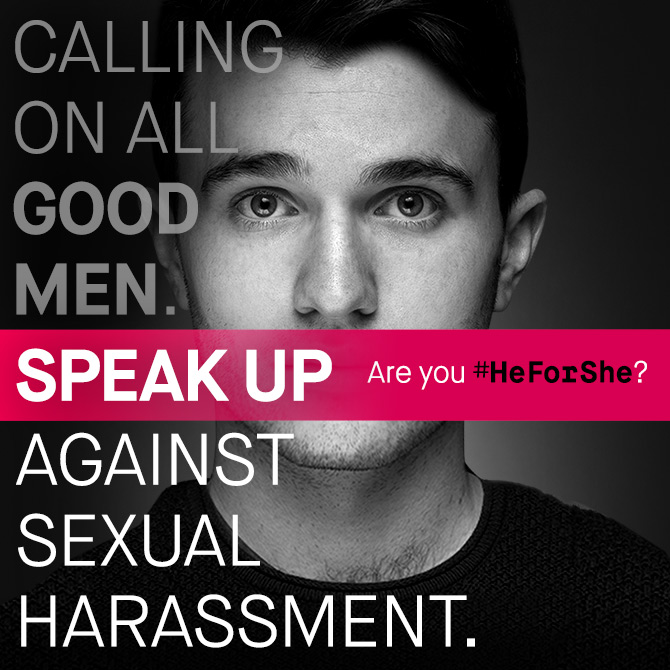 #HeForShe
Inviting people around the world to come together, HeForShe creates a bold and visible force for gender equality. Under the umbrella of gender equality, violence is one of the core issues they address. Created together with UN Women, they provide a systematic approach and a clear platform, where a global audience can come together and become change agents. They have country, corporate and university champions, who are visionary leaders that are taking action. They also provide toolkits for presentations, events and workshops as well as social media starters to get the conversation going.
www.heforshe.org/en 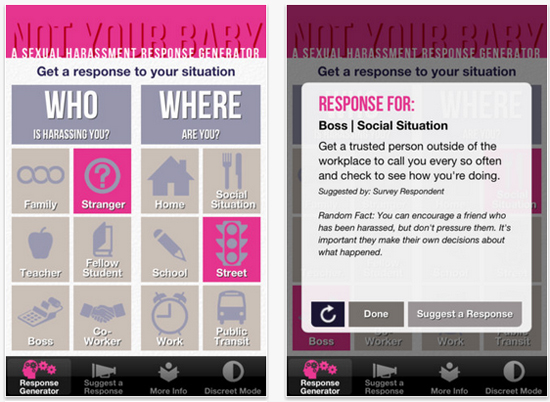 Not Your Baby app

Not Your Baby app
This ‘sexual harassment response generator’ helps people deal with difficult situations. Those using the app can input where they are and who is harassing them. For example, at home, work, transit or public spaces, by a boss, colleague, family member or fellow student. A possible response is generated immediately. The responses are based on what people have used to deal with a similar situation.
www.metrac.org/resources/not-your-baby-app 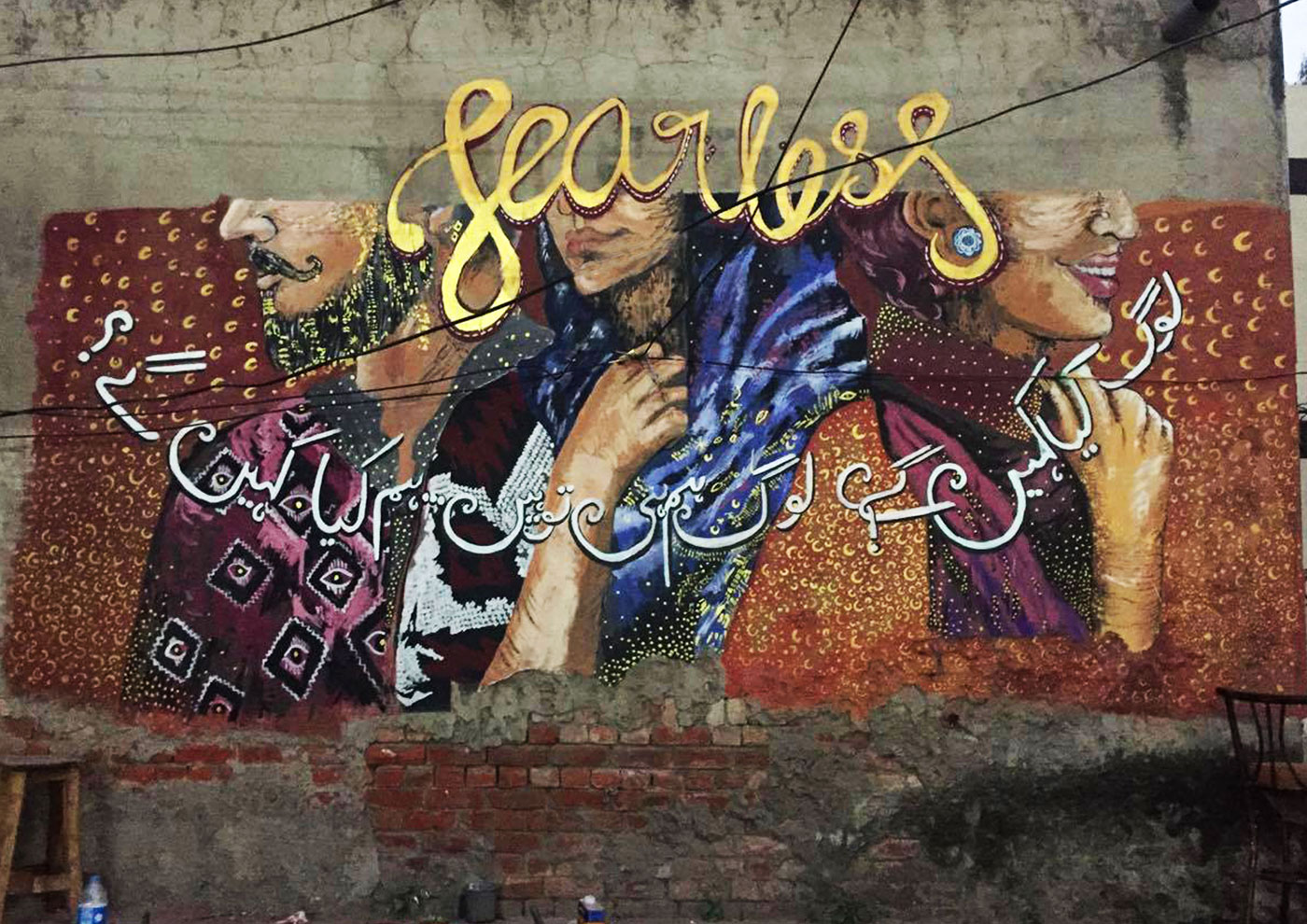 The Fearless Collective
This collective fights gender-based violence with artistic storytelling murals. Unique to each region, they have worked in marginalized communities in Pakistan, India, South Africa, Indonesia, Nepal, Lebanon, Brazil, and the United States. They create people-led narratives that engage personal histories as well as cultural and political realities.
fearlesscollective.org 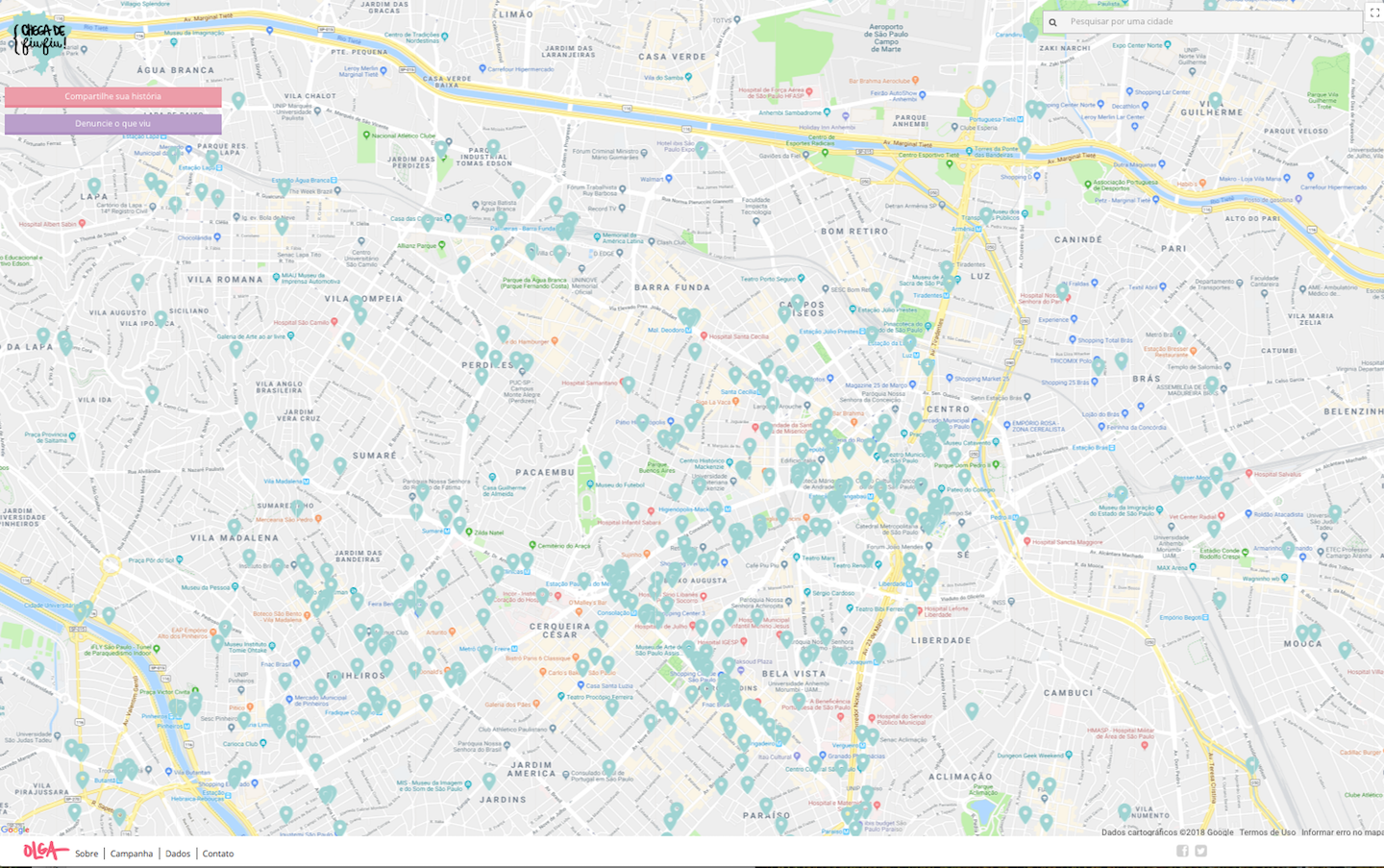 Chega De Fiu Fiu – Interactive Map
This interactive map by Think Olga documents cases of sexual harassment of women in Brazil. Therefore showing which parts of cities are most dangerous to women. Each case is described in detail giving women self-confidence and a voice. The name of the campaign translates as ‘Enough of the catcalling’.
chegadefiufiu.com.br

Songs of Violence
This campaign identified more than 300 songs with violence against women in the lyrics and matched them with testimonials from victims. Using shazam, a banner would appear with the song which could be clicked on. The campaign is successful with a high engagement level of people clicking on the banners and reading the testimonials.
www.openairawards.com/2016/songsofviolence

White Ribbon
The tagline of the Canadian organization White Ribbon, is ‘Our Future Has No Violence Against Women and Girls’. Since 1991, men have worn white ribbons as a pledge to never commit, condone or remain silent. It is an open invitation for men and boys to take the pledge. Their focus is on managing projects, running campaigns and inspiring change.
www.whiteribbon.ca

International Day for the Elimination of Violence Against Women
Women’s activists have marked 25th of November as a day against violence since 1981. They clearly state that violence against women is a human rights violation and that prevention is not only possible, but essential. They use this day and the subsequent 16 days to raise awareness and reduce suffering. This gives great campaign leverage for initiatives such as 16 For 16 and End Violence Against Women Now.
www.un.org/en/events/endviolenceday 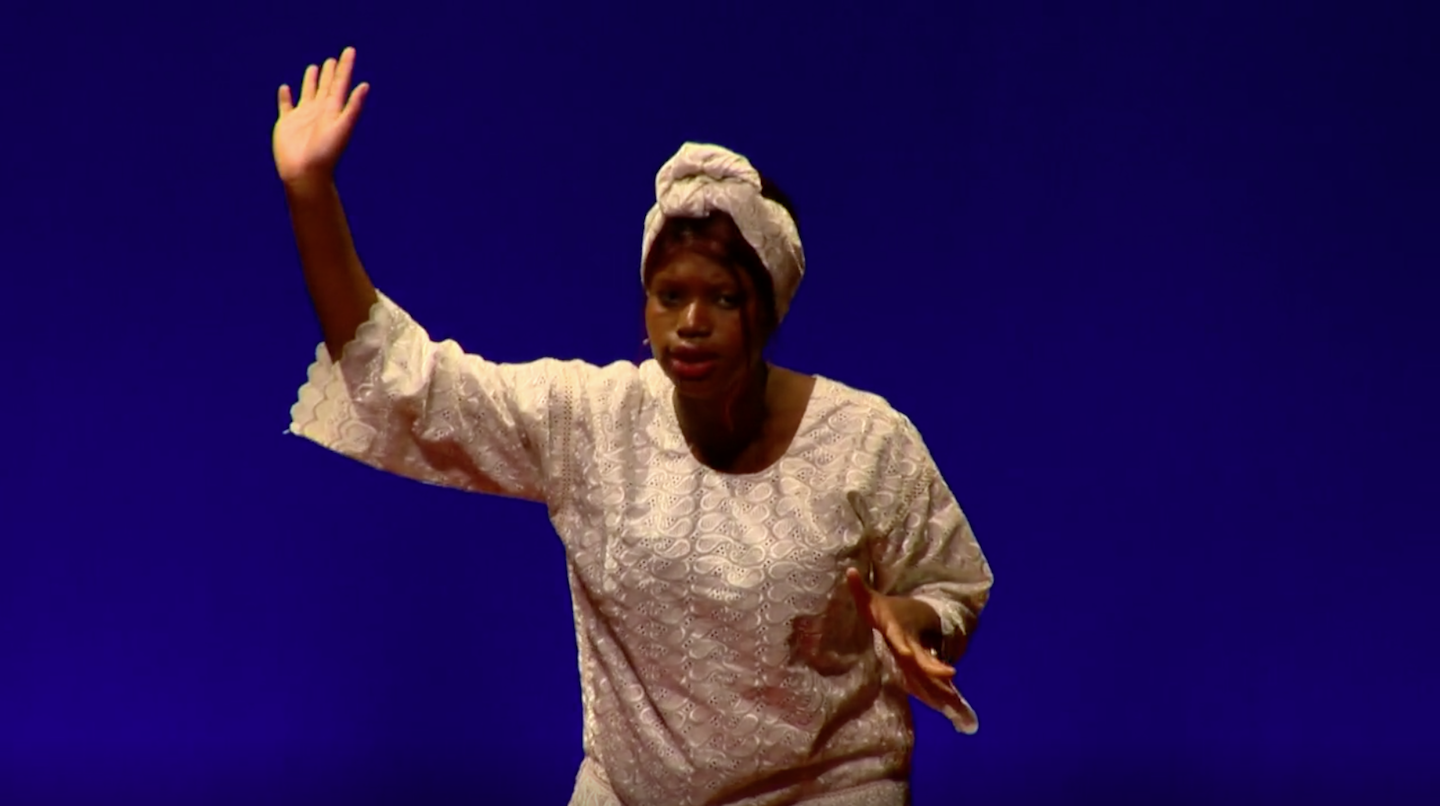 Khadija Gbla
As a speaker, trainer and activist, Khadija Gbla fights Female Genital Mutilation (FGM). Through public speeches, she shares her personal experience of the issue, also during her well known TED talk. In this way, she raises awareness about FGM. According to WHO, more than 200 million girls and women who are alive today have been cut in 30 countries, primarily in Africa, the Middle East and Asia. It’s her aim to protect and support woman and girls living with or at risk of FGM.
www.khadijagbla.com.au/fgm 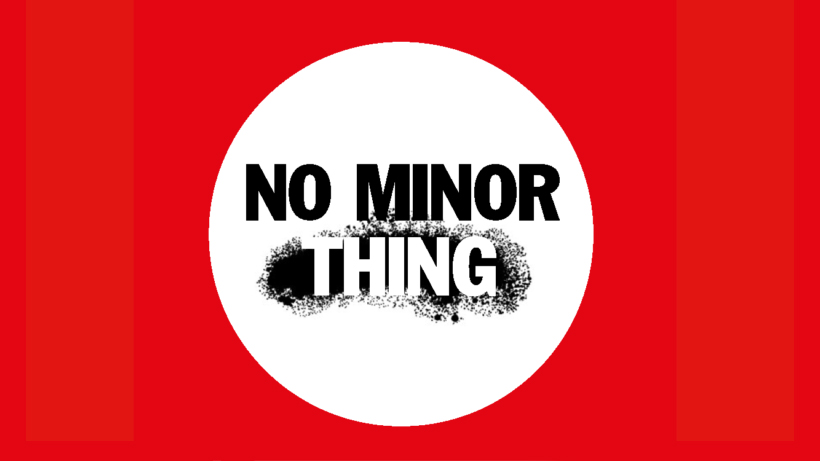 ‘No Minor Thing’ Challenge
What Design Can Do has opened an (invitation only) challenge to find new solutions to combat the sexual exploitation of children. The challenge No Minor Thing is in partnership with the Dutch Public Prosecution Office, Ministry of Justice and design research partner STBY. One of the core difficulties is how hidden the problem is, and this challenge is helping bring it to light. As the National Rapporteur on Trafficking in Humans says, just 1 in 9 girls who are sexually exploited appear in the reports of police and justice systems.
nominorthingchallenge.whatdesigncando.com/ 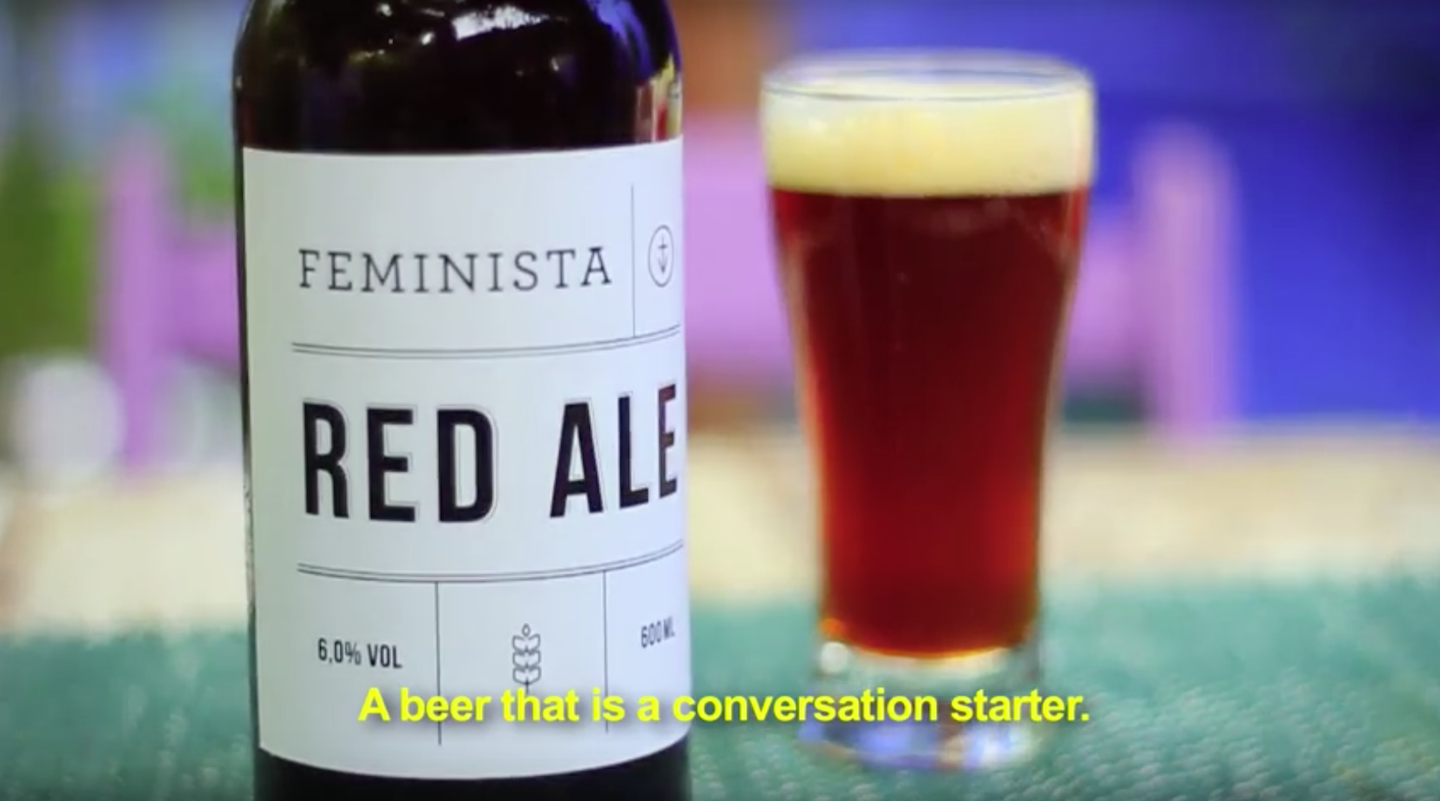 65 | 10 and Feminist Beer
Based in Brazil, 65 | 10 is a consultancy group that are challenging the way woman are being represented in the male dominated advertising industry. Their name comes from the figures that 65% of Brazilian women do not identify with the way they are being portrayed in adverts and that only 10% of the advertising workforce in Brazil are women. They have also launched Feminist Beer, inviting the public to join the conversation and make a toast to equality.
Feminist Beer.