‘We’re lucky to live in this era. It is the most advanced moment in the history of humanity. We live longer. We explore space, we have fantastic communication tools. People are always complaining that all is wrong. But they don’t realize the prosperity we experience. And even if things are wrong, the next level question is: Where do we want to go? And that one usually doesn’t get an answer.’ Says Javier López Casarín, founder of the Reinventing Mexico Foundation that, along with the support and vision of former Mexico City Mayor Marcelo Ebrard, brings What Design Can Do (WDCD) to Mexico City.

López Casarín is a Mexican serial entrepreneur and innovator who has made it his task to bring change to his country. The owner of several companies in the tech and telecommunications sectors, López Casarín set up the Reinventing Mexico Foundation with the aim to promote social and technological innovation in our country. As part of that objective, Reinventing Mexico is eager to bring WDCD Live to Mexico City in May 2019.

‘We bring WDCD to Mexico because we need different ways of thinking, we need to hear different views,’ López Casarín explains. ‘We need to position Mexico in the international sphere. We need to bring these bright minds and personalities to Mexico to share their knowledge and discuss with us how to address local and global matters. We will put ‘rock stars’ of design in contact with a rich local community of professionals and students. Let’s welcome the wider creative community in Mexico into this special atmosphere and ambiance that WDCD has and let’s see what happens. I’m confident sparks will fly!’ 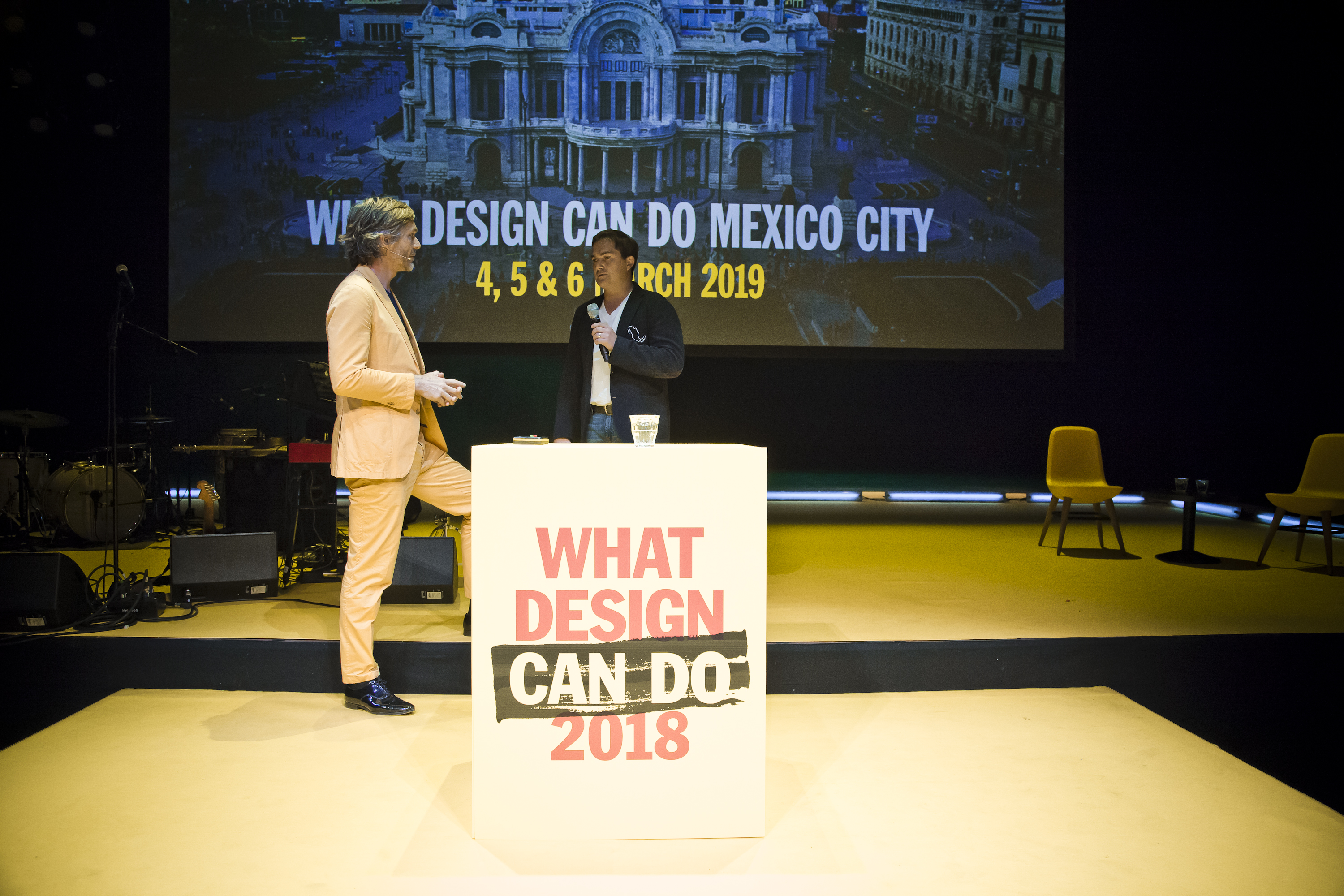 Fleets instead of forts

López Casarín is a firm believer of the changing force of design and innovation: ‘I recently read a book about innovation that states that innovation needs adventurers. We have to explore new horizons, just like the explorers who, in the time when everyone thought that the earth was flat, went out to discover otherwise. We shouldn’t build forts or walls, but rather invest in fleets. We need to move forward and take risks.

‘Innovation needs to be part of the equation. In Mexico we need to reframe our DNA structure and do away with the insecurities we sometimes have as a society. And that’s not an easy task, since most people are comfortable with the status quo. But some of us do want change and reinvent our country, and we are inviting everyone to join in on that.’

The Mexican flag on the balcony of the Stadsschouwburg Amsterdam, during WDCD Live 2018.

The 15th economy in the world

As an entrepreneur and social innovator López Casarín sees a lot of potential for his country: ‘Mexico is the 15th economy in the world,’ he says. ‘We are doing good. Yet, we also have many problems to address and innovation can be the agent of change. Solving our country’s problems is not just a responsibility for the government, it’s also the responsibility of the community as whole. That’s why we started the Reinventing Mexico Foundation. An effort by the civil society to work with the government, private companies and the international community on innovation and creative led programs to foster solutions for our country.’

One of the Foundation’s first activities was to develop a national census. López Casarín: ‘We all want to eradicate poverty. But instead, poverty is growing, meaning that the current approaches don’t work. To find out what we’re doing wrong, we launched a census to find reliable figures on the main worries of the population in Mexico. If you want to change things, you have to understand people’s needs. The result showed that education is a key factor. Why is it that Mexicans outside Mexico bloom so much more? It’s just that they are in the right educational and community ecosystem.’

Based on the census outcomes, Reinventing Mexico set up a a national programme for the certification of skills, to validate people’s skills and make them more competitive in the tough job market. 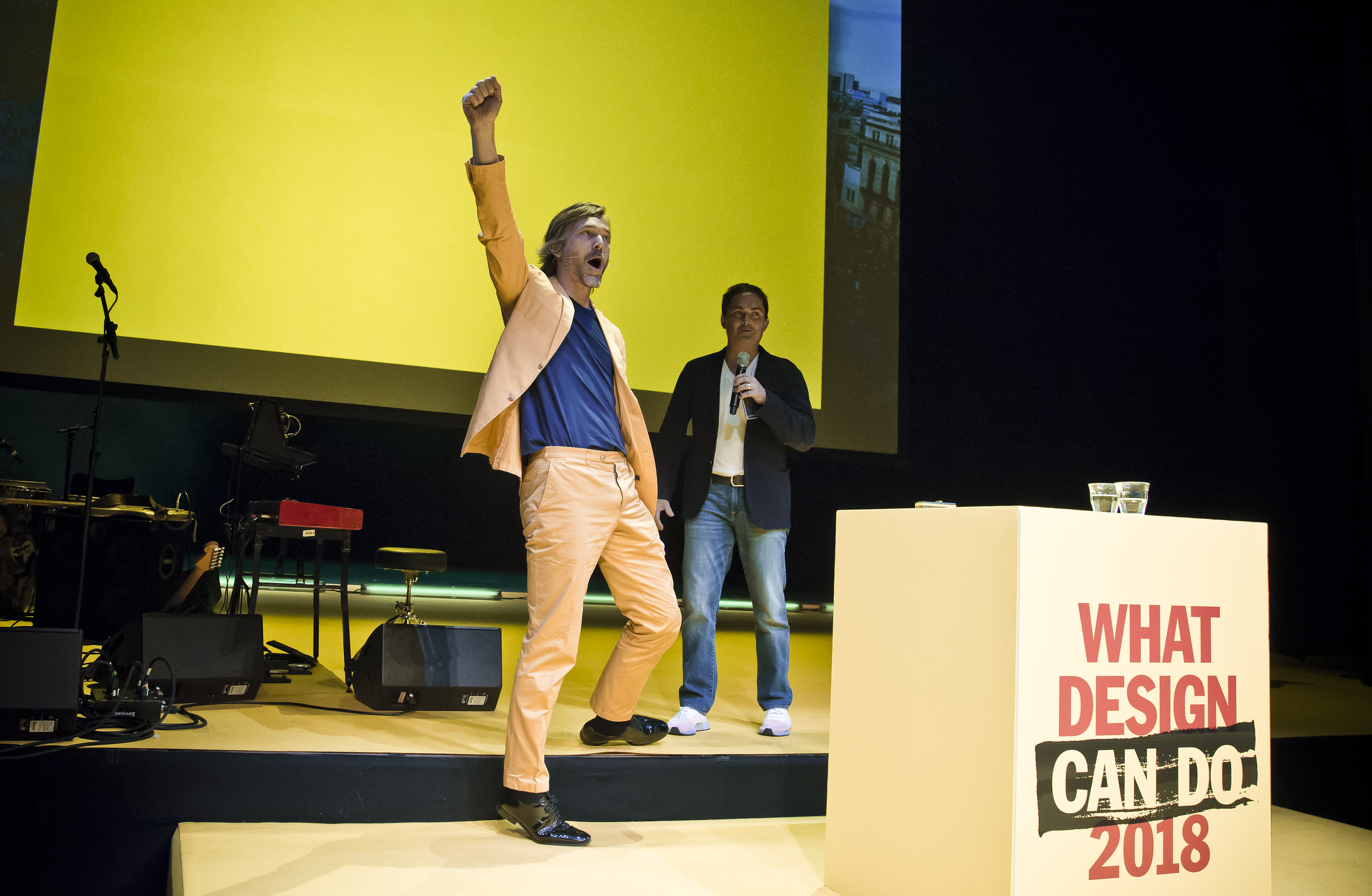 Putting Mexico on the map

Under the leadership of Alain Pescador, our brand new General Director of WDCD Mexico City, WDCD Live Mexico City will premiere on 4-6 March 2019. Having directed the programme for The International Economic Forum of the Americas (IEFA) and developed 6 Degrees from a one-man team to a multinational annual event, Alain Pescador is now committed to bringing WDCD Live to Mexico City: ‘WDCD Mexico City will inspire the local creative community with fresh, new concepts. We will put aside the protocols and formalities that are common in Mexico, and will introduce edgy ways of talking, thinking and, most importantly, doing’.

‘There is a lot of creativity in Mexico, but we need to invest in developing a healthier and stronger breeding ground for creative and design-based initiatives to flourish’, López Casarín says. ‘We cannot do this alone. We need the support and investment of the international business community. So, how do you do that? By putting Mexico on the map and opening up to the world. And WDCD is the perfect way to start doing this!’

‘Mexico has a lot to offer to the global creative and design community too. In Mexico, WDCD will be talking to a 20 million people city where there are fantastic advancements but also great challenges. As a designer, when you come to Mexico City, you will feel the challenges and hopefully this will inspire you to help us improve our beautiful city. The intellectual reciprocity that is going to happen between the Mexican and international creative community is going to be solid gold for the WDCD movement. Many ideas will come out and flow. We’re thrilled to welcome WDCD in Mexico City because, as I said, our country and our people have lot to offer.’