More than a year and a half Dutch photographer Kadir van Lohuizen travelled the world to document waste management in six major cities. The result is an impressive multimedia production in collaboration with The Washington Post. The project is now on view in an exhibition in Amsterdam until the end of September.

The world population produces at least 3,5 million tons of solid waste every day, ten time as much as a century ago, Kadir van Lohuizen wrote last November in The Washington Post based on figures by the World Bank. ‘If practices aren’t changed, that figure will grow to 11 million tons by the end of the century, the researchers estimate,’ he adds.

Over a period of one and a half year, Van Lohuizen researched how six cities across the globe – Jakarta, Tokyo, Lagos, New York, São Paulo and Amsterdam – deal with this daily garbage stream. Americans on average throw away their own weight in waste every month. In Japan this is just two thirds. In Amsterdam the rest waste is incinerated with energy recuperation. In Jakarta everything ends up on landfills where thousands of people scavenge the waste for recyclable materials.

Van Lohuizen photographed and filmed the processes of waste collection, processing and recycling in the six different cities with a keen eye for the people who earn their living with it. The series compares the pros and cons of every system, but more importantly draws attention to the threats the growing piles of waste pose to people and nature. ‘If the world is not prepared to think about waste reduction and actually treat garbage as a resource, future generations will drown in their own waste,’ Van Lohuizen concludes. 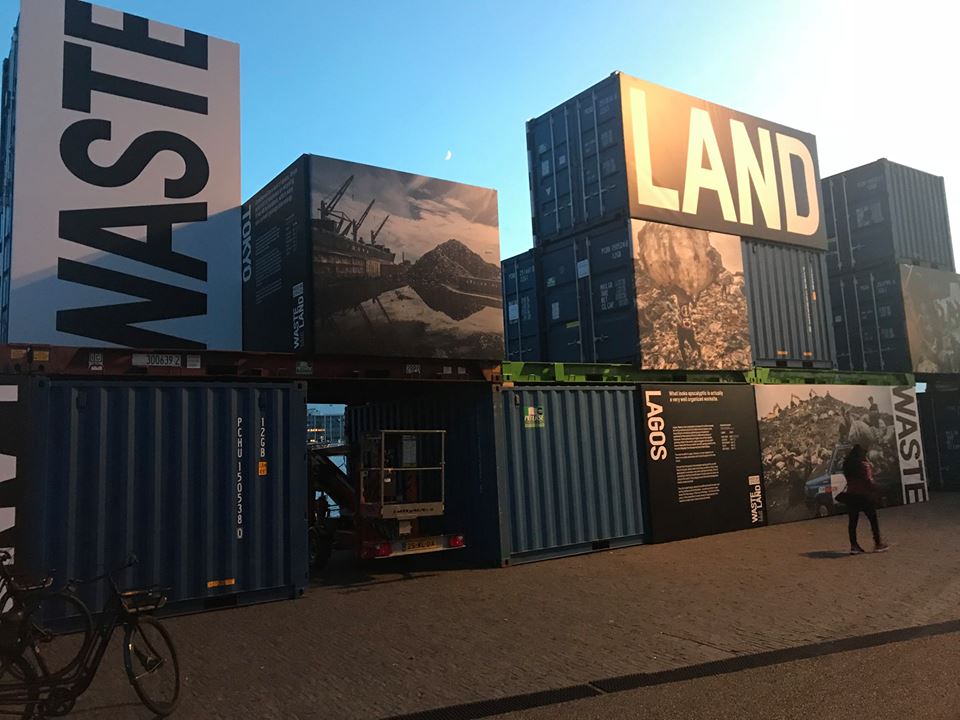 The Wasteland exhibition in Amsterdam / photo by Kadir van Lohuizen

As part of the WeMakeTheCity festival, the impressive photos and videos by Van Lohuizen are now on view in a construction made of several freight containers on the shores of the river IJ near the EYE film museum. Van Lohuizen shows here that there is aesthetics even in something apparently ugly as waste, hopefully making us realize that there is value in it.