Which projects will be among the twenty winners of the Clean Energy Challenge? Next week, on the evening of 6 March the answer will be disclosed in the live talk show ‘Stadsleven’ (City Life) on urban matters, hosted by journalist Tracy Metz in Pakhuis De Zwijger in Amsterdam. Reserve your tickets now.

Next week the international jury of the Clean Energy Challenge gathers in Amsterdam to decide upon the final winners. The twenty projects that will receive funding and an extensive accelerator programme will be announced in the live and always lively talk show on city life, Stadsleven, initiated and hosted by journalist and former WDCD-speaker Tracy Metz. 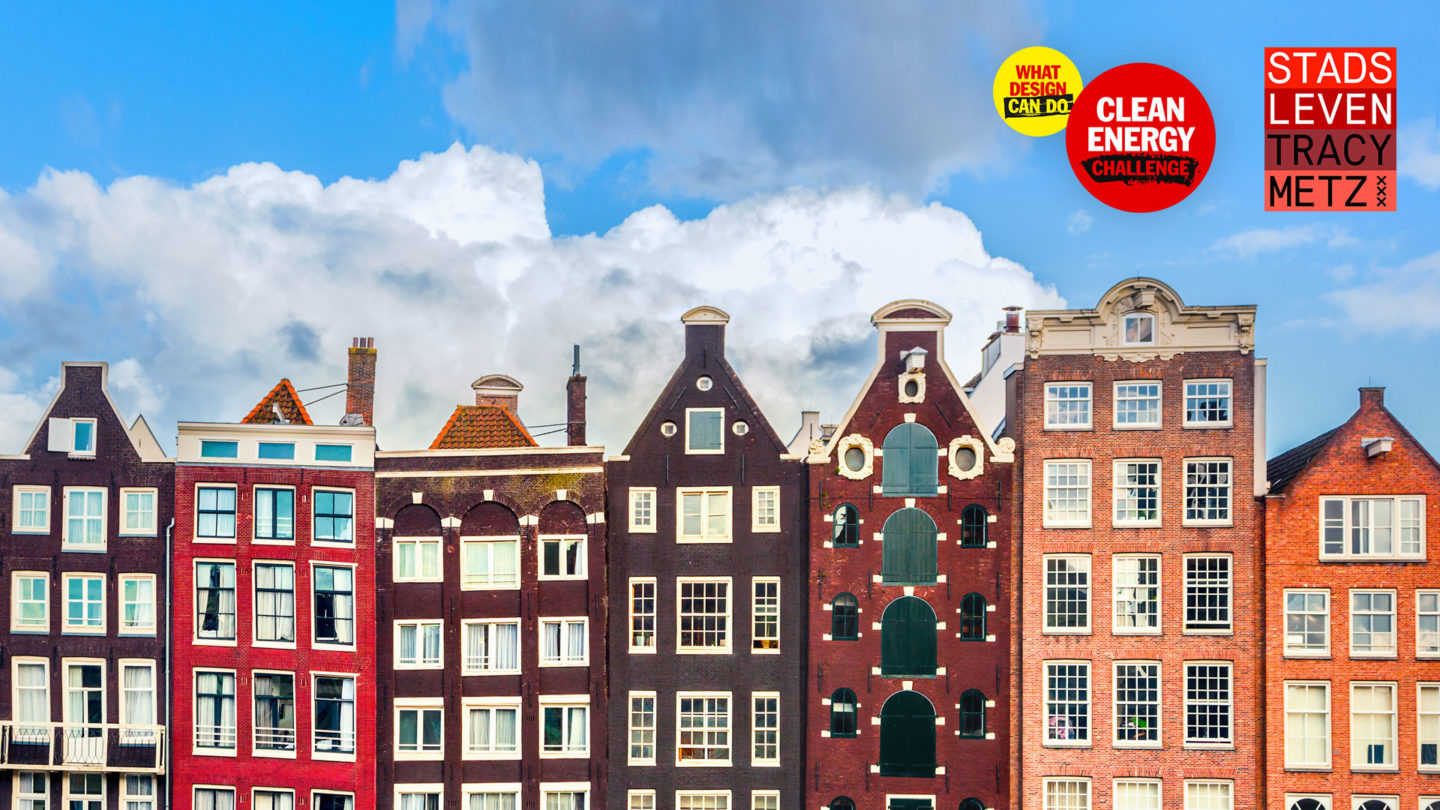 There will be some glitter and glamour in honour of the winners, of course, but the show has a considerable informative component too. After all, it is a talk show in which Metz discusses all kinds of aspects of city life in monthly episodes.

Next to twenty concrete and highly innovative solutions for the energy transition in the city this edition, entitled ‘Repower the city’ will see contributions by Professor Climate Design & Sustainability at TU Delft Andy van den Dobbelsteen and Marieke van Doorninck, aldermen for public space, sustainability, climate and energy for the municipality of Amsterdam. Also expect interviews with international jury members including Tesla’s country director in México Françoise Lavertu, the CEO of the Kenya Climate Innovation Center Edward Mungai and the founder of creative agency Quicksand in India Ayush Chahan.

TU Delft professor Andy van den Dobbelsteen is also principal investigator for the AMS Institute, the Amsterdam Institute for Advanced Metropolitan Solutions. He has very outspoken ideas about the way cities, and Amsterdam in particular should accelerate the energy transition. One of his key points: use the imagination of creative people to find new solutions that will help speed things up. This evening, he couldn’t be in a better place!

Aldermen Marieke van Doorninck, meanwhile, must be delighted with the help she gets from the Clean Energy Challenge and the creative community at large. In Stadsleven she will share the challenges the Amsterdam municipality faces when it comes to climate change and the energy transition. The city council set itself a target of 55 per cent reduction of CO2-emissions per 2030, which is even more ambitious than the national target of 49 per cent. But Amsterdam’s task is even bigger, since its current emission level is higher than the national average. At the same time, the monumental status of the inner city and other spatial restrictions make a quick and largescale implementation of sustainable energy a difficult task.

Other cities have other dominant energy issues to tackle, which are addressed in the Clean Energy Challenge. Waste is a big issue in México City, mobility is a big challenge in São Paulo, in Nairobi food supply has a huge impact on CO2 emissions and in Delhi sustainable housing and construction is an urgent topic. The international jury members will exemplify these issues before they will be asked to announce the winning projects.

With additional contributions by WDCD’s co-founder Richard van der Laken and IKEA Foundation’s Elizabeth McKeon on the designer’s role in addressing the world’s urgent social matters and by challenge leader Dagan Cohen on the backgrounds of the challenge, this packed edition of Stadsleven promises to leave the visitors with lots of insights and inspiration.