Eddie Opara is a multi-faceted designer who has done it all. Currently a partner at Pentagram’s New York office, his work encompasses branding, strategy, storytelling and technology, and his client list includes giants like Nike, Cooper Hewitt and the Smithsonian Design Museum. Throughout it all, he has become known for his diverse, exploratory—and even spiritual—approach to design. At the upcoming WDCD Live in Amsterdam, he’ll share his thoughts on how to use imagination as a ‘tuned instrument’ to uplift and transform the world.

Before his career took him stateside, Eddie studied print-making and graphic design in London, just a few boroughs away from his childhood home. Looking back, he recalls that England in the 1970s and 80s was not always an easy place to be for a kid from an immigrant family. But the experiences he had growing up in Thatcher’s Britain were formative, and its echoes can still be traced in his design philosophy today. 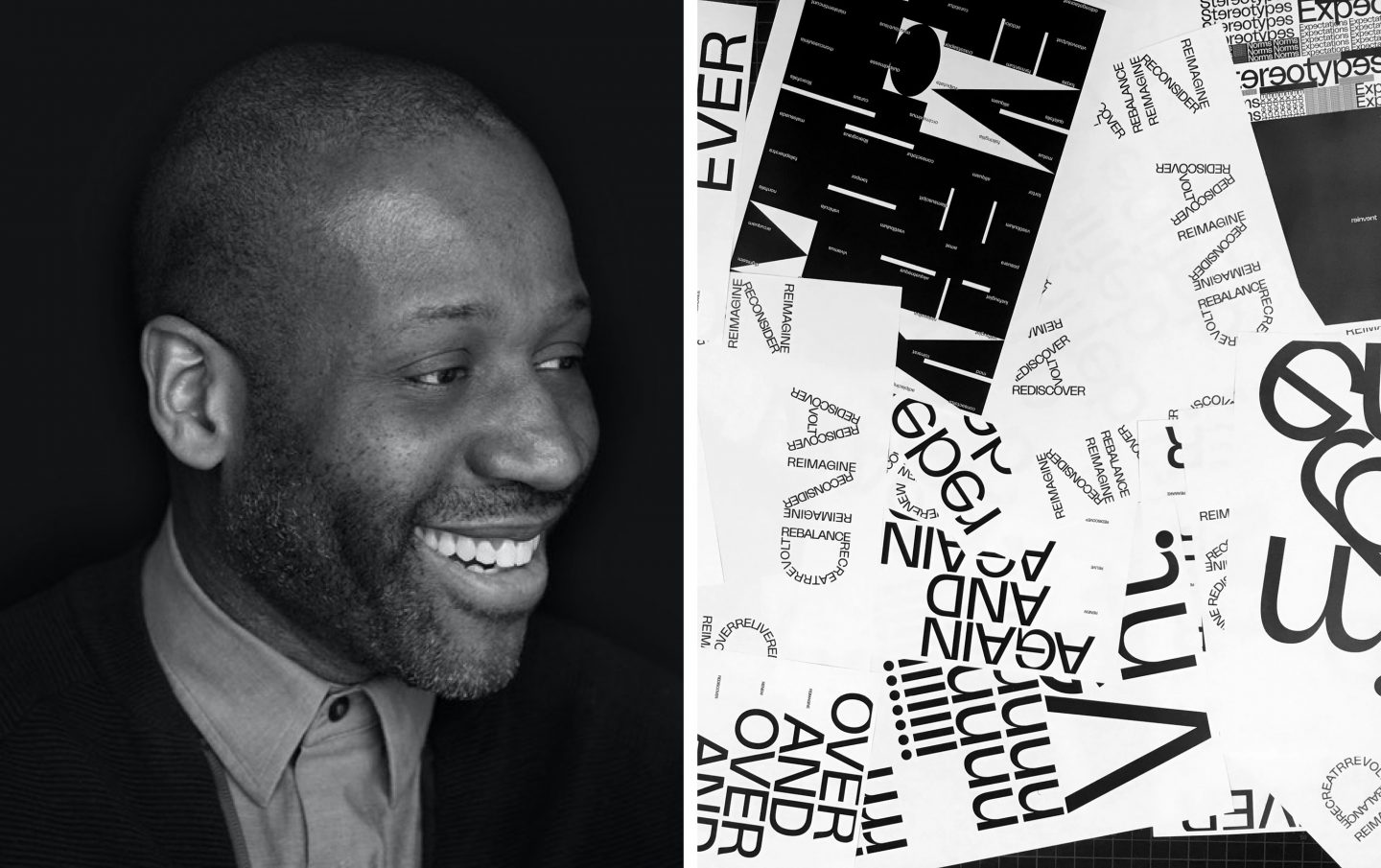 Reminiscing about this time, Eddie once told Print Magazine: ‘One of Thatcher’s cost cutting measures was to take away free milk at school. It really had a huge impact on me. I loved milk, and she took it away. And I remember thinking from then on that I wanted to be part of a movement that gave back, that collaborated for the common good. It’s a strange impetus, I know, but childhood impressions are very powerful and that one really stuck with me and helped shape my attitude toward my work and my life in general.’

Another early influence that pushed Eddie towards the creative field was the sight and sound of Nigerian culture. The crisp lines and colourful patterns he saw in his mother’s head wraps; the repetitive hymns he heard at his local church—these are the kinds of memories that he credits for piquing his interest in the art of communication.

‘I wanted to be part of a movement that gave back,
that collaborated for the common good.’

By the time he graduated from the London College of Printing, and decided to pursue his MFA at Yale University, Eddie had built up an eye for detail and a kaleidoscope of references. Within a few years, he had established his own studio, The Map Office, in New York City. Several notable commissions and a dinner with Paula Scher later, he was offered a job at the prestigious design agency, Pentagram.

The rest, as they say, is history. In the last decade, Eddie’s projects have included brand identity, publications, packaging, environments, exhibitions, installations, websites, user interfaces and software, with many of his projects ranging across multiple media. In 2013, he also authored a book, Color Works, a stunning and comprehensive guide for using colour in design.

Though Eddie has won many accolades for his commercial designs, he has never turned his back on the social and political aspects of his practice. He often collaborates with cultural institutions, charities and activist organisations, helping them reach their goals through impactful campaigns and effective identities. One of the best examples of this is the work he did with rɘ―inc: a purpose-driven lifestyle brand founded by women’s football stars, Christen Press, Megan Rapinoe, Meghan Klingenberg, and Tobin Heath. The brand’s goal is to ‘boldly reimagine the status quo’ by offering products that champion equity and progress on and off the field. Under Eddie’s direction, Pentagram designed a brand identity for rɘ―inc that uses clever typography to capture this spirit of reinvention. 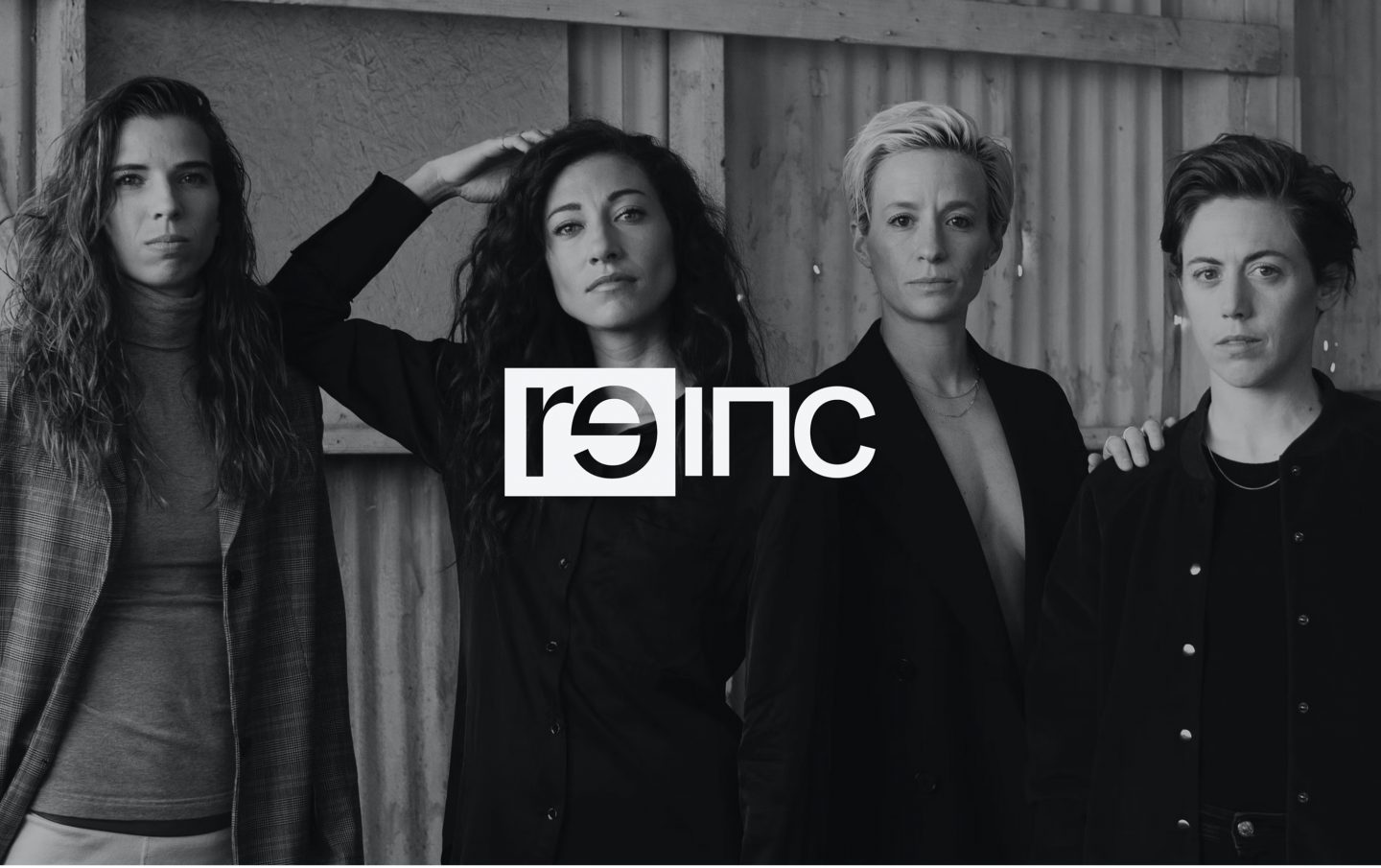 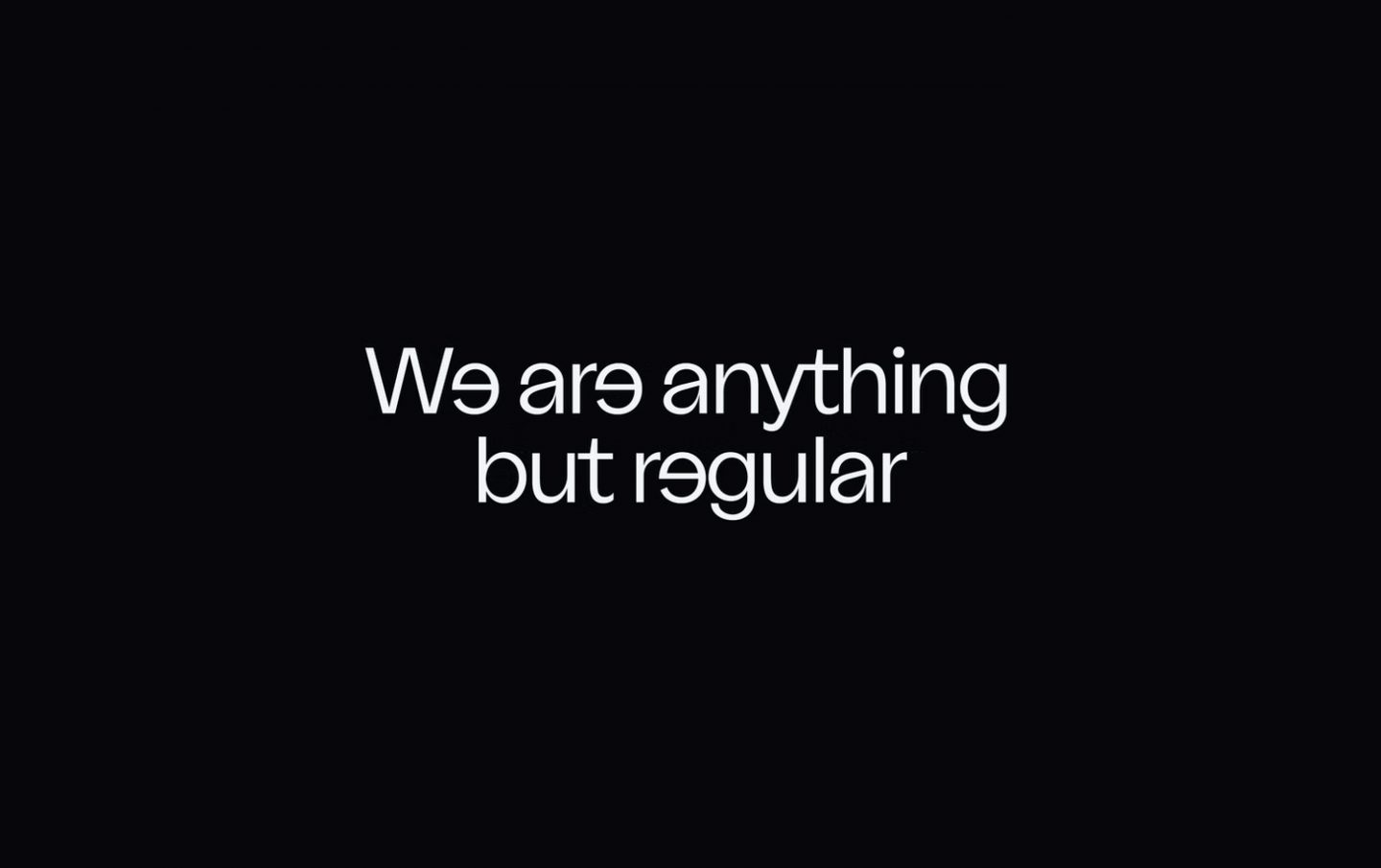 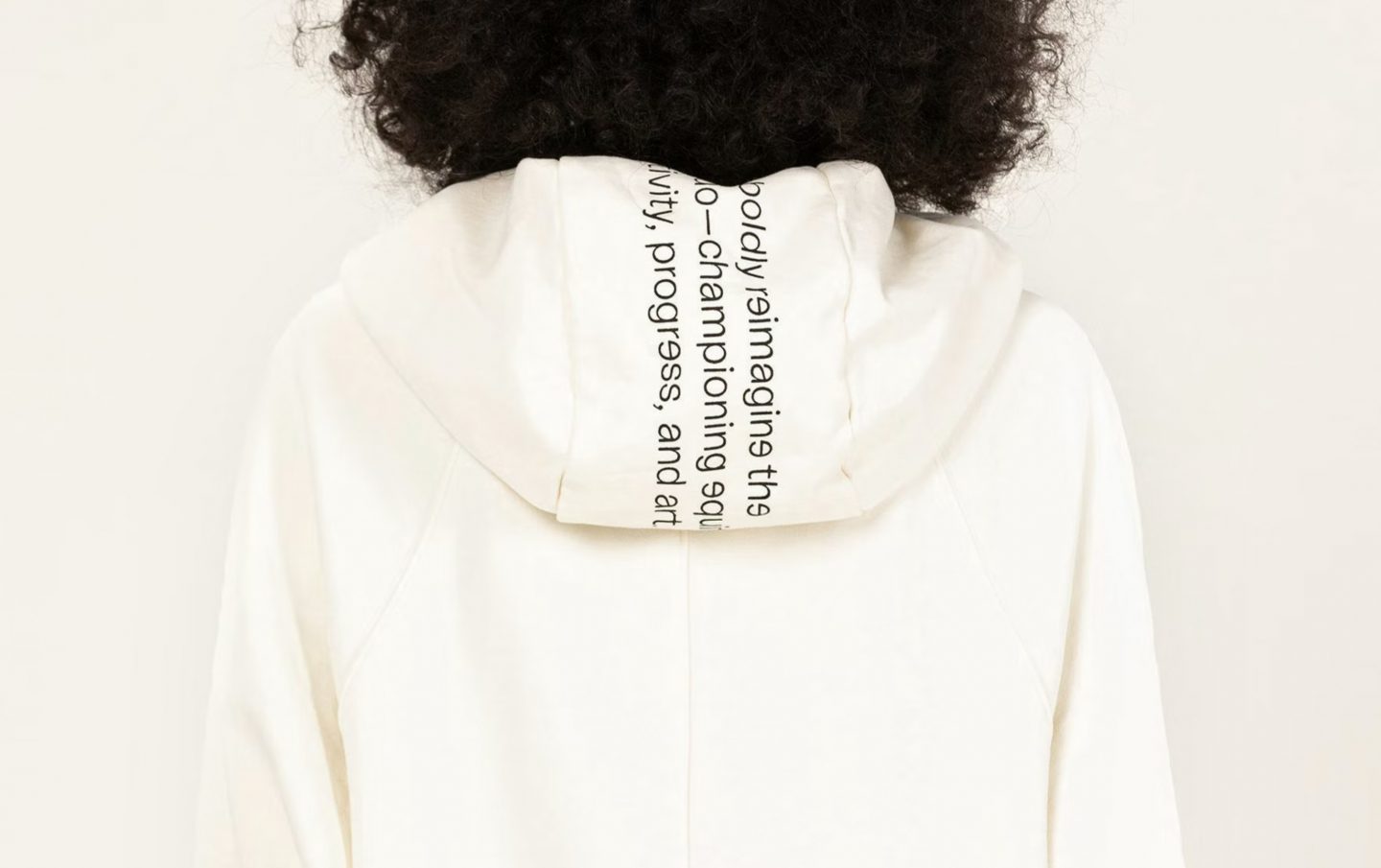 More recently, Eddie helmed a successful rebrand for a voter engagement initiative called NYC Votes, in preparation for the city’s 2021 mayoral election. To help all New Yorkers engage more deeply in the elections, the graphic identity powerfully connects the act of voting with the expression of one’s own voice. The system comes to life in open speech bubbles that reflect the vibrancy of New York and that support multiple languages.

Racial justice is another cause which often comes up in Eddie’s work as a designer and author. He has contributed to a book about important figures in African-American art, designed an exhibition about the civil rights movement, and was instrumental in the launch of Citizen, a new magazine covering the ‘vastness of Black culture.’ 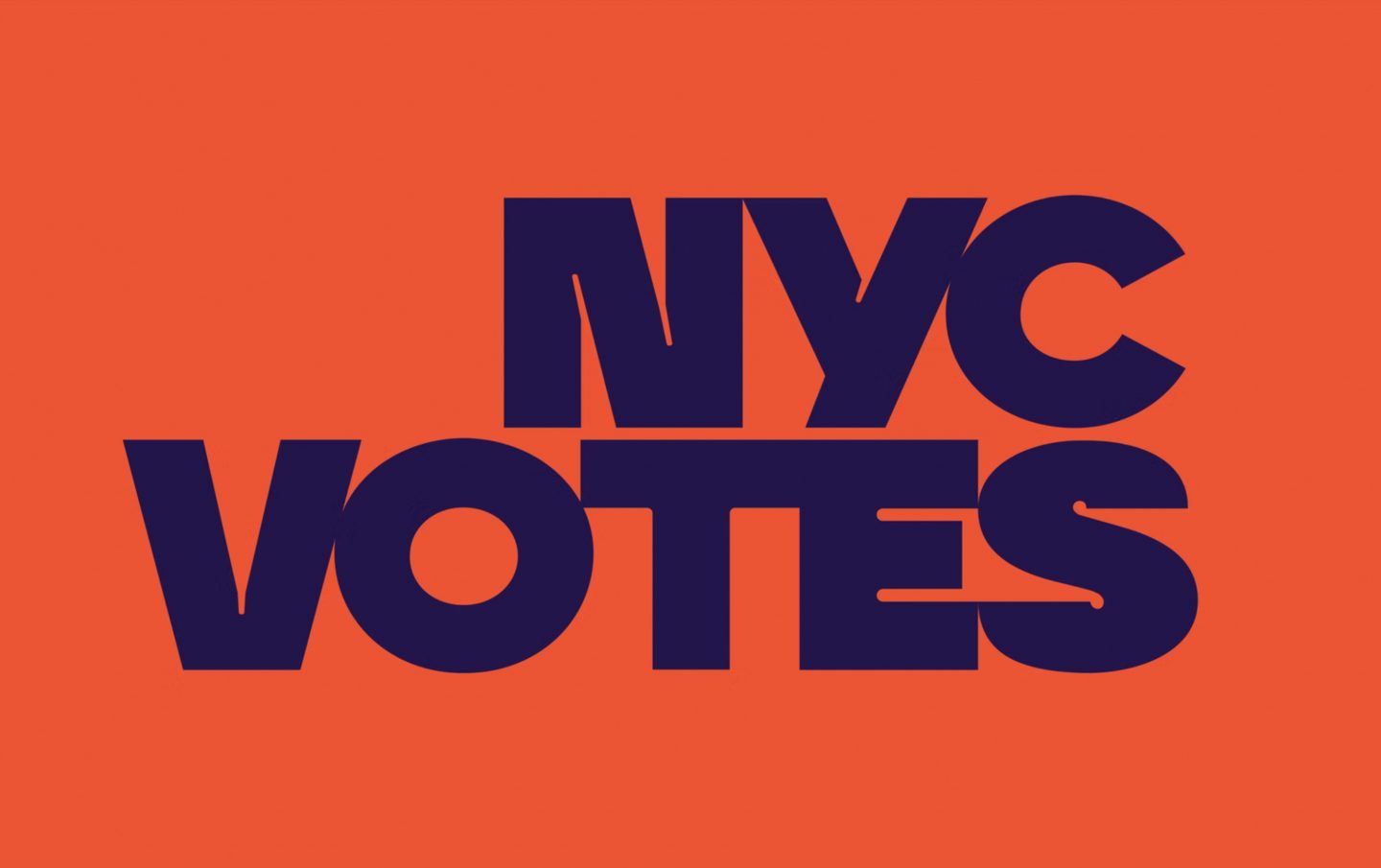 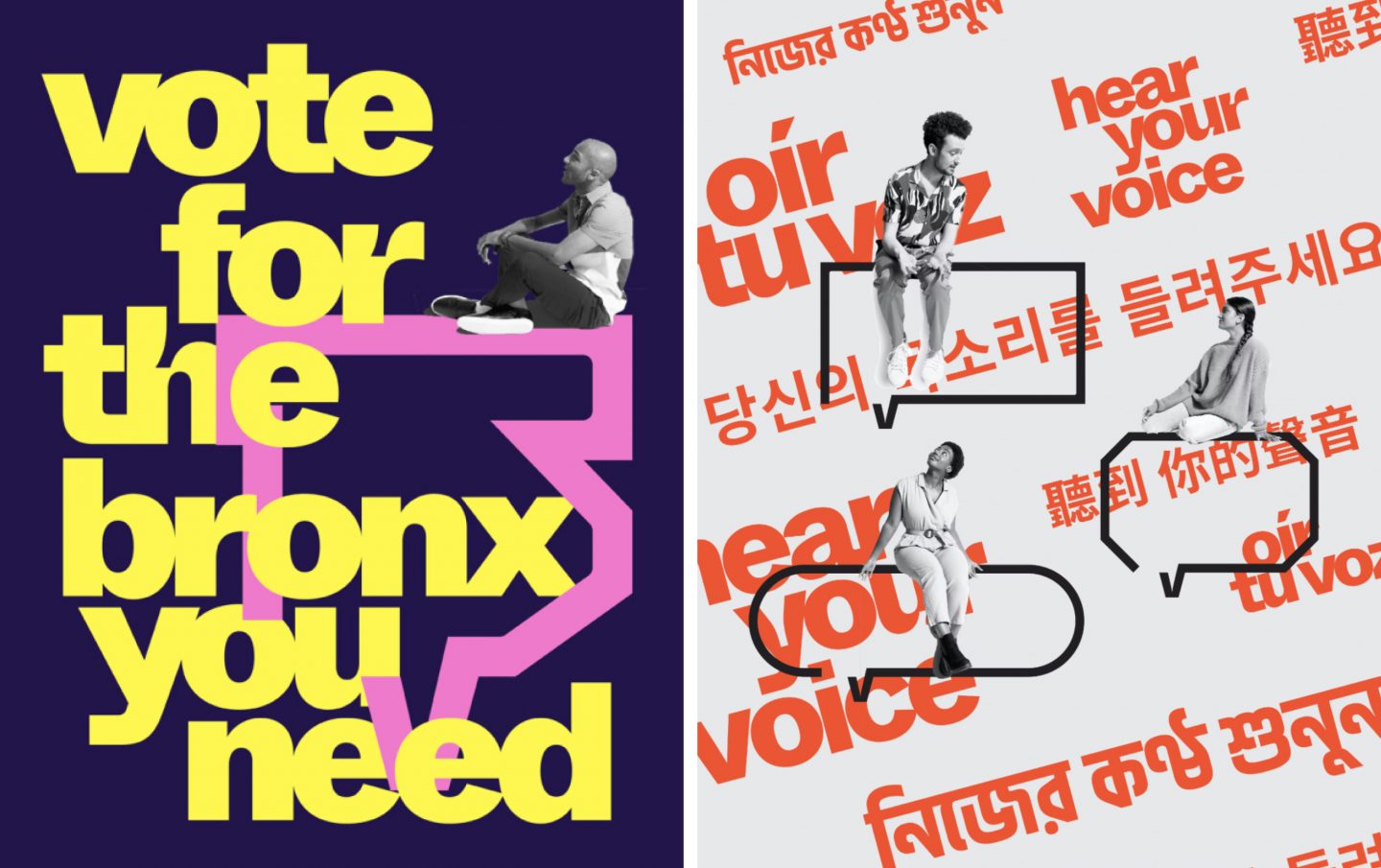 Eddie’s approach in these projects often swing between the pragmatic and the poetic, a perspective that he describes well in a piece he penned for The Black Experience in Design. In it, he explains that he has come to look at design as an ‘inherently spiritual practice’ that uses imagination to uplift and transform the world.

When he’s away from the office, this is the kind of visionary mindset that makes Eddie an engaging teacher and lecturer. He is currently a senior critic at the Yale University School of Art, and has taught at the Rhode Island School of Design, the Columbia University School of Architecture and the University of the Arts, Philadelphia. And when he’s not teaching or designing, Eddie makes time to speak at various conferences and events to share what he has learned about the industry and bring greater awareness to its potential for good.

In a recent interview, Eddie was asked why he thinks that a field like graphic design can make a difference at all. ‘It’s as simple as this,’ he answered. ‘If there are no graphic designers, how do we communicate visually? How do we understand what’s in front of us? That can change the way one sees the world. And I think that’s more than important.’

Want to catch Eddie on stage at WDCD Live Amsterdam 2022? Click here to learn more about the festival and visit our ticket shop.

All images by Pentagram.