How can we ensure a better flow of information during natural disasters? Especially in the emergency response phase, the need for precise and accurate communication becomes crucial. In my experience working as a journalist in Indonesia, quite complicated communication problems can arise in this phase, from the spread of hoaxes, to improper handling, and the blockage of channels between survivors and groups carrying out rescue efforts. If not handled properly, new disasters can arise from the failure of such systems, causing an increase in the number of victims. What can we do to design better access to clear and reliable information?

In Indonesia, you’ll find that disaster information and communication systems often already exist within a community, only it has not been institutionalised or cultivated to become shared knowledge. To give you an example, I would like to invite you to one of the largest volcanic eruptions in the 21st century, namely the Mount Kelud eruption in East Java.

According to the Meteorology, Climatology and Geophysics Agency (BMKG), the eruption of Mount Kelud occurred on February 13, 2014, at around 22.50 local time. The height of material ejection reached up to a radius of 17 kilometres into the sky, paralysing the entire island of Java. Seven airports in the area had to close for more than a week. Thousands of people from five districts, namely Kediri, Malang, Blitar, Batu, and Tulungagung, had to evacuate.

Hundreds of kilometres away from Mount Kelud, volcanic ash rained down on streets and public spaces, creating panic among residents and causing casualties. Miraculously, residents in the Kelud Disaster-Prone Area, which is only 10-30 km away from the Kelud crater, reported no casualties at all. This caught the attention of the public and of disaster activists and observers. How were they able to minimise the number of casualties? 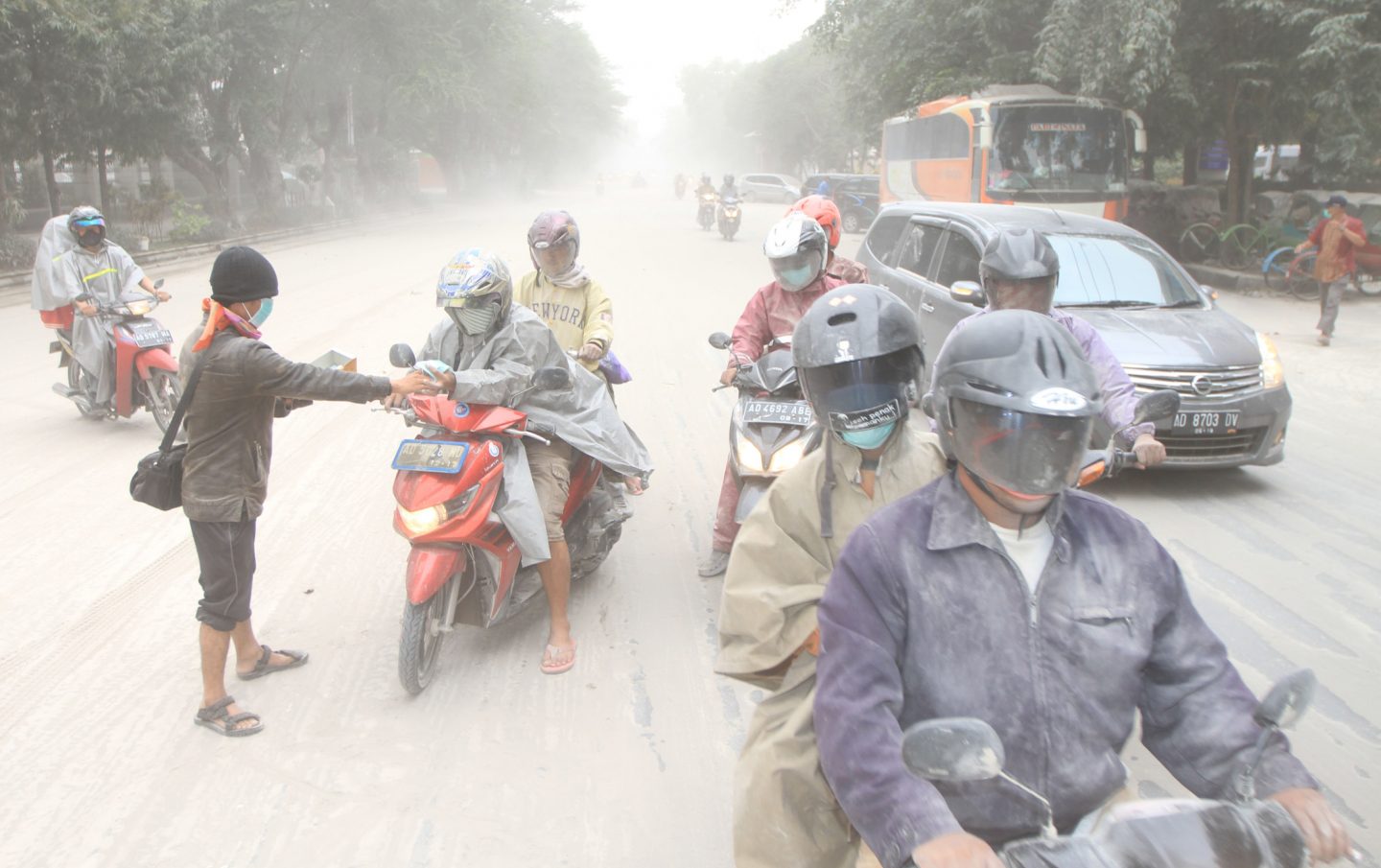 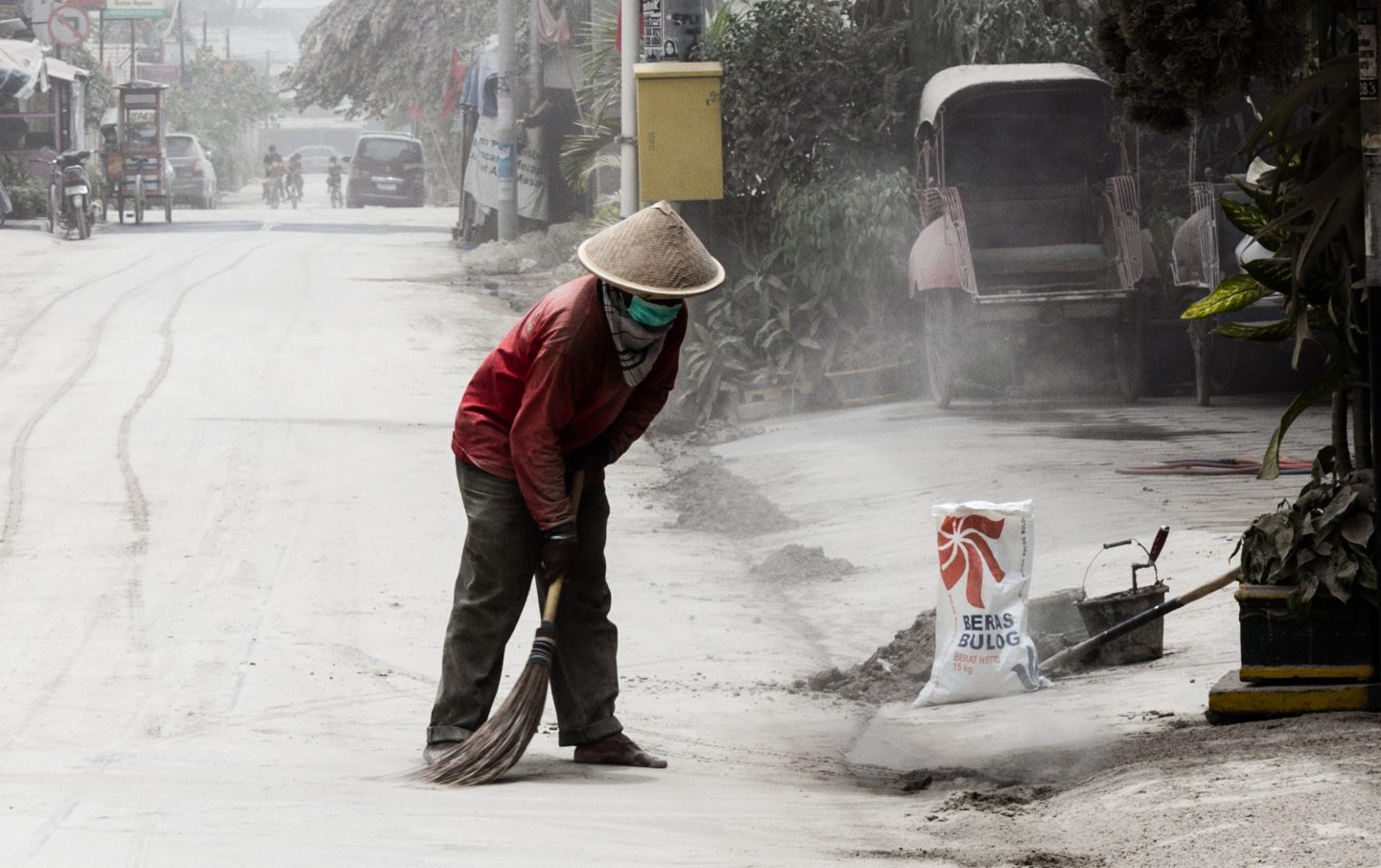 I found the answer a few years later, when I got the opportunity to travel to Mount Kelud to interact with the residents and village youth. Apparently, before the eruption, the community around the foot of Mount Kelud had received training on risk reduction and how to use traditional tools as well as mobile phones to communicate in critical situations.

The Kelud area even had a dedicated Desa Siaga Team, who were equipped with a communication tool in the form of a handy talky. Each hamlet had a gong that could act as a warning for local residents. In addition, updates and announcements were made through mosque prayers and via community radio. All traditional communication and information tools were utilised optimally by residents as an early warning system.

The community was able to carry out independent evacuations, thanks to the existence of this system. So when the eruption occurred, they managed to evacuate around 87,000 people in an orderly manner. There was not much panic and worry, simply because they were well-informed.

DesignING RESPONSES at the community level

Ultimately, disaster communication begins with the goal of saving lives. If information is provided in a timely and accurate manner, it can encourage cooperation between parties, calm agitated communities and dampen the aftershocks of an event. However, if communication during a disaster is not carried out properly, it can risk inflaming the emotions of survivors, disrupting the economy, and weakening trust in humanitarian organisations or and even the government in general.

Learning from the eruption of Mount Kelud, we can see that communication media and information dissemination has a very important role in disaster management. There are two important factors in ensuring the safety of residents, namely the human readiness factor and the use of appropriate technology.

“Disaster communication begins with the goal of saving lives. If information is provided in a timely and accurate manner, it can encourage cooperation between parties, calm agitated communities and dampen the aftershocks of an event.”

This information must also be provided in a form that is easily digested by the community. In a critical situation, the alertness and speed of the public’s reaction is essential. The earlier the information is submitted, the less time it will take for the population to respond. Thus, in this case, there are two main parts to consider, namely the upstream part in the form of efforts to package data into appropriate information and the downstream part in the form of efforts to quickly reach the community.

It is also important to set up regulations governing the mechanism for disseminating information and using media and communication channels. However, in Indonesia, this is also what the government has not yet established, both from the lowest level (village) to the central level. 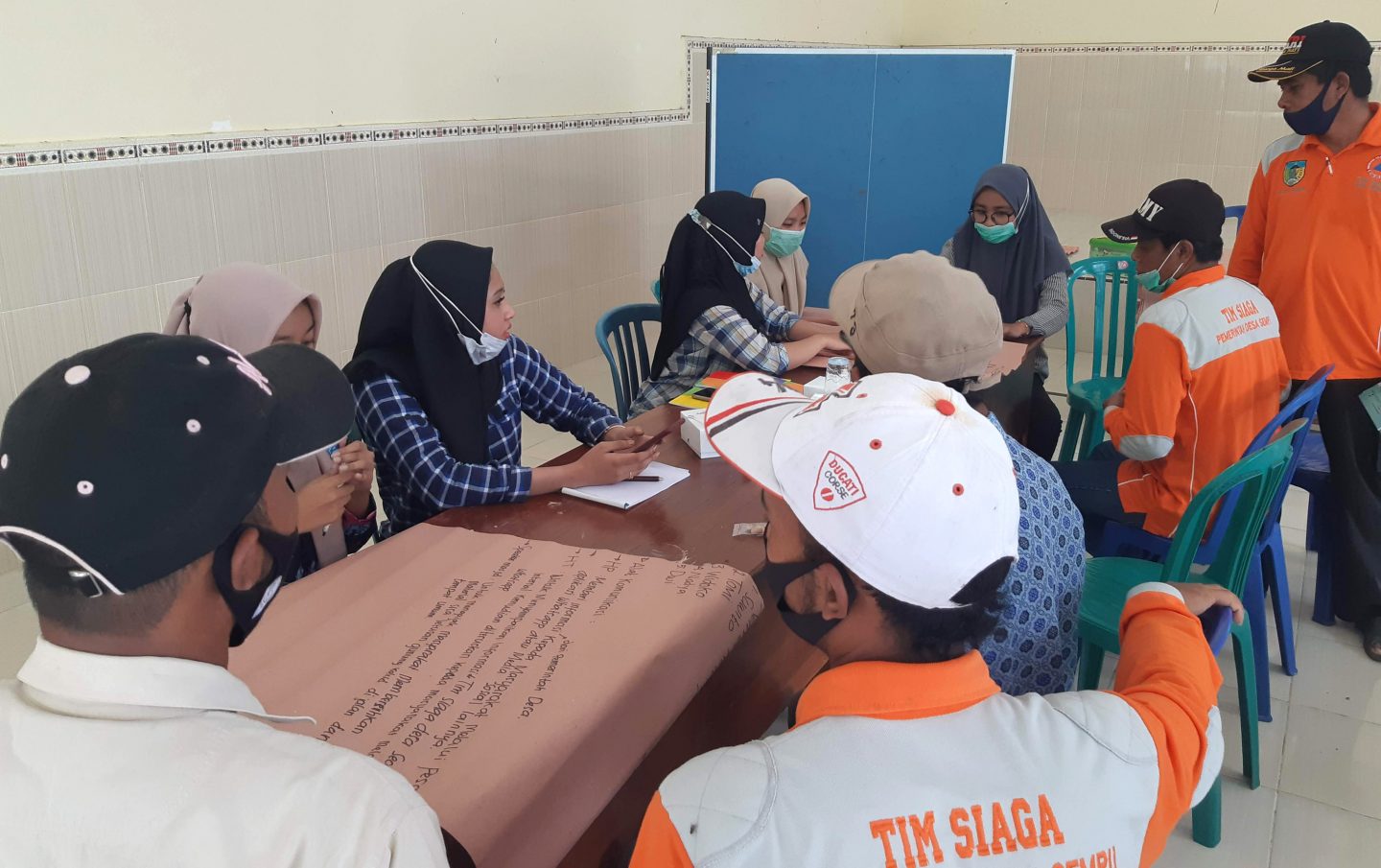 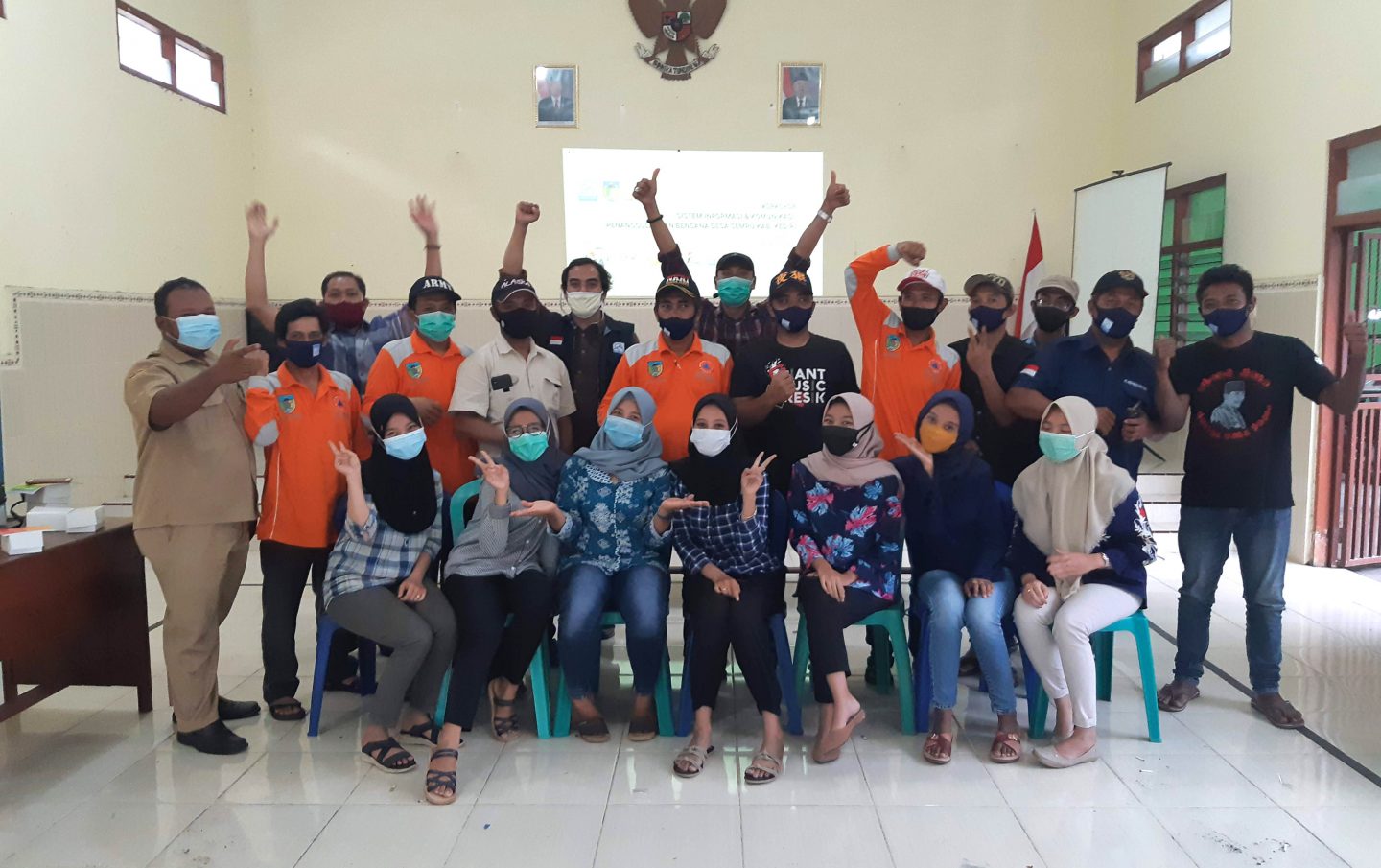 In 2016, I was part of a team that designed Backpackradio: a mobile radio station that can help people in locations with high disaster risk and poor technical infrastructure. The kit includes a studio FM transmitter and an antenna, all in a sturdy package that can be carried anywhere, anytime. There are also small solar panels, batteries, and radio receivers that can be charged via a crank system. Since then, it has been tested in nearly 10 locations with various natural disasters, from large earthquakes, to volcanic eruptions and tsunamis. Media outreach and training was also a big part of the project, which was ultimately about supporting and building resilient communities.

This experience eventually prompted me to return to Mount Kelud. Two years ago, at the start of the Covid-19 pandemic, I began to communicate with stakeholders for Disaster Risk Reduction in Sempu Village, a village that is included in the KRB (Disaster Prone Area) of Mount Kelud. The distance from the Kelud crater is only 10 km. 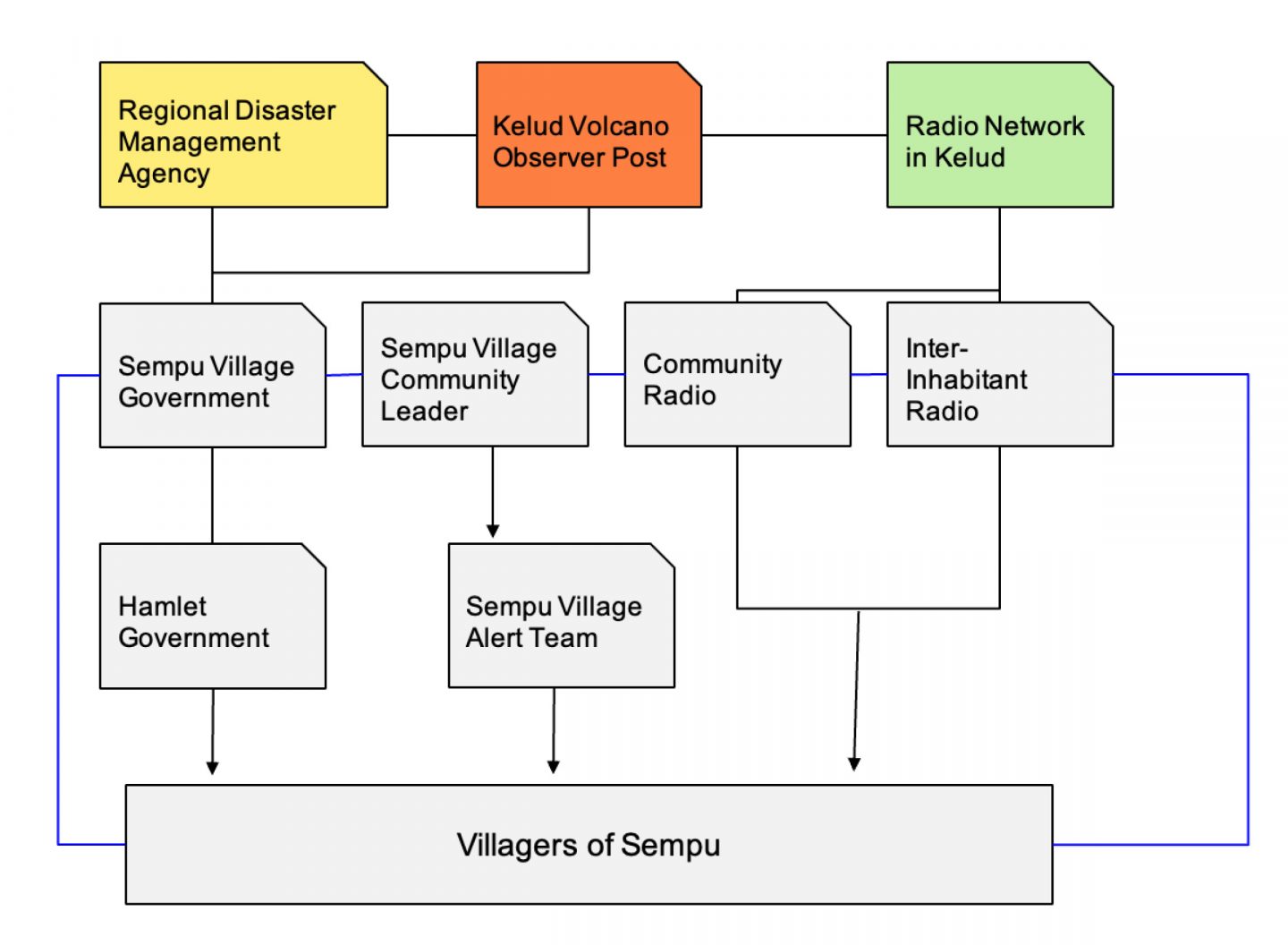 The scope of the discussion covered the roles of institutions and individuals in disaster management. For example, the role of village government functions, the Village Alert Team, handy talkies, community radio managers, youth organisations, and even village residents who use social media. In detail, we developed procedures for collecting and disseminating data regarding disaster emergency mitigation and response activities in Sempu Village.

The process of collecting data and information as well as taking preventive measures was originally intended to minimise casualties due to the COVID-19 pandemic. Then the head of Sempu Village decided to take things further. Now the results of the discussion are being used to develop local regulations on a longer term.

My hope is that this research can raise awareness that even at the smallest level of government, or the community level, we can design effective regulations and systems to deal with the rising frequency of natural disasters.

Top image: A volcanic eruption in Java by Suhairy Triyadhi (left) and the Backpackradio by Iman Abdurrahman (right).

Iman Abdurrahman is a freelance journalist from Indonesia. He is the founder of Backpackradio, an information and communication tool that uses mobile radio stations to reduce casualties during disasters.