We’re taking over Dezeen’s Virtual Design Festival for a day! This Friday June 19, What Design Can Do is excited to present a programme of three urgent conversations around social justice in design. Join us live as we invite leading voices in the creative industry to discuss the essential work of creating a more sustainable, inclusive and fair world.

Who does the media serve?
In the first session, titled Media Power, we will hear from award-winning journalist Ahmed Shihab-Eldin (USA / Kuwait) about the importance of challenging bias and misrepresentation in the news. During this one-to-one conversation, we’ll explore what it means to be a media activist today, from addressing newsroom diversity to confronting racial stereotypes on screen. Drawing from his own experiences as a storyteller — and as an Arab American — Ahmed will share some insights on how we can better navigate the world of information and influence. 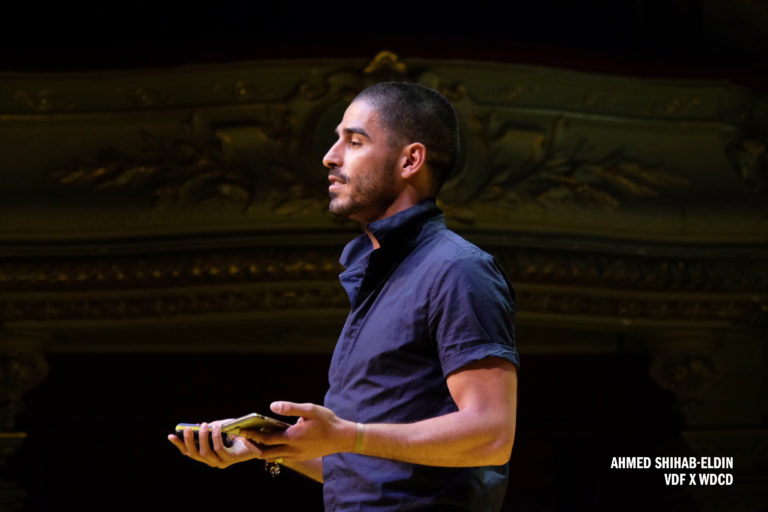 Can we transform the ways we teach, value and practice design?
Next, in Decolonising Design, we will host a roundtable with creatives Anoushka Khandwala (UK) and Sunny Dolat (Kenya), to unpack how colonialism has shaped the way we teach, value and practice design. To emphasise the need for radical systemic change, we’ll also discuss the ways that we — as individuals, as a community and as an industry — can champion processes that empower instead of oppress. In this, our guests will share their valuable perspectives as active practitioners and educators, with Khandwala currently based in London, and Dolat working in Nairobi. 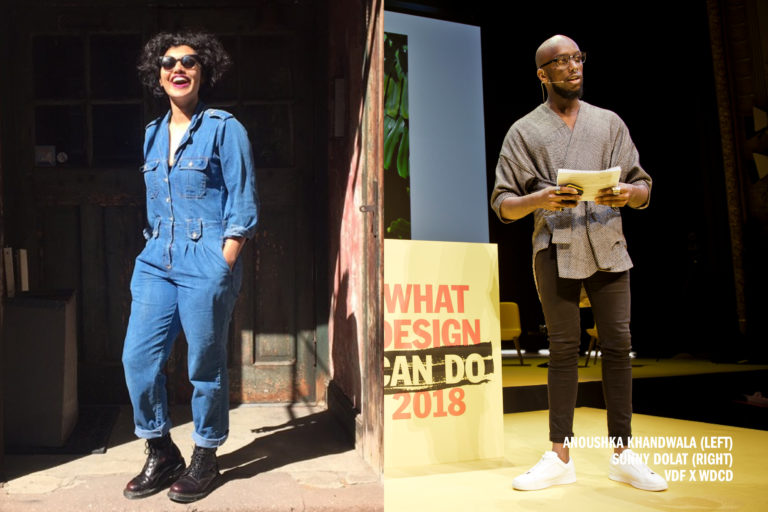 How can design help combat gender oppression in Latin America and beyond?
The final talk of the day is Creating for Gender Equality. This session is organised in collaboration with Centro de Futuros, as part of our ongoing discussion series It’s a Brave New World. Together with special guests Jimena Acosta (Mexico) and Larissa Ribeiro (Brazil), we will map the connections between design, gender, and violence, paying special attention to the Latin American context. Additionally, the panel will share their thoughts on how the creative sector as a whole can contribute to a safe and equitable society for women and girls.

This session is organised in alliance with a! Diseño, Coolhuntermx, Noiselab, eDesigntech, Futurologi, Abierto Mexicano de Diseño and Unitec Hn. 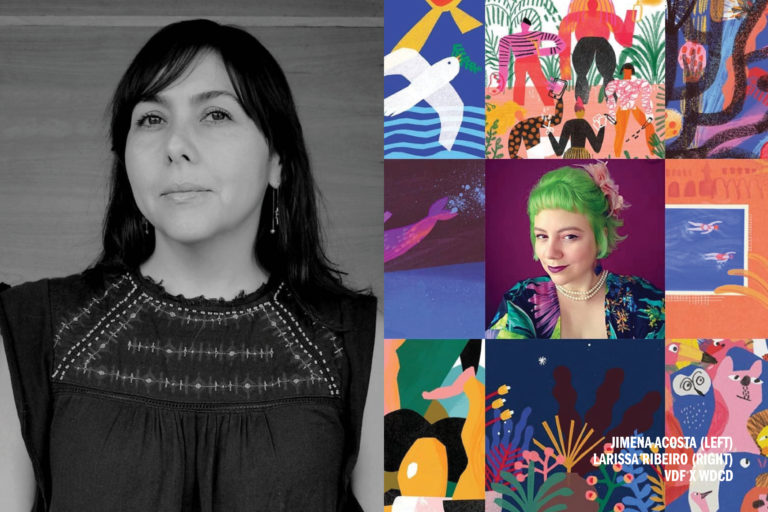 WDCD x VDF conversations will be moderated by Richard van der Laken and Saskia van Stein and will be broadcasted via Youtube Live and streamed to our Facebook. We’d love to have as many of you on board as possible as we take an honest look at what design can and must do to better serve all people. If you’d like to send us questions or input for any of the sessions, simply drop a comment below or reach out to us on Instagram. We hope to see you there!

Ahmed Shihab-Eldin
Ahmed Shihab-Eldin is an Emmy-nominated journalist and columnist. Since 2012, he has produced and hosted various award-winning talk shows, covering underreported global news stories for platforms like VICE, Al Jazeera Plus and Huffington Post. Described as a ‘young disruptor’ by Forbes Magazine, Shihab-Eldin has become a leading voice in media activism and an advocate for redesigning journalism around the ideas of transparency and accountability.

Sunny Dolat is an independent fashion curator, cultural producer and creative director based in Nairobi. In 2012, he co-founded The Nest Collective, a multidisciplinary platform for emerging creators in Kenya who are interested in the intersections between poetry, feminism, queer theory, design and technology. Dolat is also a founding member of HEVA, a business fund investing in the transformative social and economic potential of creative entrepreneurs in the East African region.

Anoushka Khandwala is a designer, writer and educator exploring what it means to diversify the design industry and decolonise design practice. Anoushka’s work has appeared on Creative Review, AIGA Eye on Design and Elephant. She’s spoken at Airbnb HQ for Grand Matter, ustwo with Ladies Wine Design and at University of the Arts Berlin as part of the ‘Don’t Mention BRxxxt’ lecture series. She currently teaches at Central Saint Martins and Camberwell College of Arts.

Larissa Ribeiro is a graphic artist and teacher from São Paulo, Brazil. She is a co-founder of the feminist magazine Revista AzMina and Mulheres Ilustradoras, an open directory of female illustrators in Brazil. She runs a design studio in São Paulo (Estúdio Rebimboca) and is co-author of the children’s book President of the Jungle, published in 18 different countries. Within her work she has been developing research on gender representation and equality in the field of Visual Communication.

Jimena Acosta is the guest curator at the 2020 edition of the Abierto Mexicano de Diseño. Her practice is especially concerned with the way design shapes culture, politics and societal thinking. One of her latest exhibitions, I Will What I Want: Women, Design, and Empowerment, puts forward that gender is a force that is rationalized, constructed, and affirmed, and thus can be subverted by and through design. Acosta is founder of Toronja Ediciones and professor at Tecnológico de Monterrey, Mexico City.

Saskia van Stein is an independent curator, moderator, and educator based in the Netherlands. Since 2019 she has been headmaster of The Critical Inquiry Lab MA at the Design Academy in Eindhoven. Previously, she was Director at Bureau Europa, a platform for architecture and design in Maastricht. From 2003 to 2012, she worked as a curator at the Netherlands Architecture Institute in Rotterdam. With her strong cultural and social commitment, van Stein lectures frequently at various institutes and serves on multiple juries and advisory committees.

Richard Van der Laken is a Dutch graphic designer, creative director and co-founder of What Design Can Do (WDCD), an international platform that empowers creatives to address urgent societal issues. Since launching in 2011, WDCD has produced multiple design challenges, publications, and events hosted across Amsterdam, Brazil and Mexico. Van der Laken is also director of Amsterdam-based agency De Designpolitie, and member of the award-winning design collective Gorilla.