As designers, we often hear the maxim that form should follow function. This equation is powerful because it prioritises the needs of people and highlights design as a tool to make our lives easier, safer, and more exciting. But by putting users at the centre of every product, service and system we make, we fail to consider how it affects all other life on the planet. And in our quest to make things faster, cheaper and more useful, we have forgotten how to live in harmony with nature.

With so many of the earth’s ecosystems now pushed beyond its limits, we need to start designing in a way that balances our needs with the needs of the planet. This goes hand-in-hand with reshaping our economies so that they are based on circular, rather than linear systems. This is why What Design Can Do recently launched the Make it Circular Challenge in partnership with the IKEA Foundation: a creative competition focused on building a restorative and regenerative future. As part of our deep dive into the subject, today we’re breaking down a few things that nature can teach us about circular design, from dealing with waste to embedding resources in cycles.

In the natural world, all processes are inherently circular and interconnected. Here, there is no such thing as waste — anything discarded by one system can become fuel for another. We can learn a lot from this as designers, for example by doing away with siloes, taking the long view, or seeking value in unexpected places. We can even learn to imitate nature: by making new materials that are biodegradable, collaborating with fungi to give them new life, or planting seeds to ‘rewild’ our cities.

In the natural world, all processes are inherently circular and interconnected. Anything discarded by one system can be fuel for another.

Applying these kinds of strategies to the way we make and use things will help us create a daily existence that is based on cycles rather than dead-ends. But for our societies to become fully circular, we need to go further and rethink humanity’s entire relationship with nature. It is not enough to see nature as something we can tap into or use as inspiration. To create in this way would only perpetuate a colonial view of the world. What if, instead, we could remind people that they are neither superior nor separate to nature? This shift in mindset is key to bringing about a more-than-human approach to design. Because at the end of the day, what nurtures the planet, nurtures us. This is something that many Indigenous communities know deeply, but others have forgotten. Recentering this knowledge will be one of the most important tasks of building a circular society.

Imagine how our lives would change if we could create in a way that gives back to nature, rather than depletes it. Perhaps we could learn to grow our buildings, rather than construct them. Or redesign our clothes so that they can be composted into nothing but nutrients. Or even find an alternative to plastic that actually promotes biodiversity throughout its entire supply chain. Here are a few more examples of earth-centred products, systems and services that are already making a difference today. 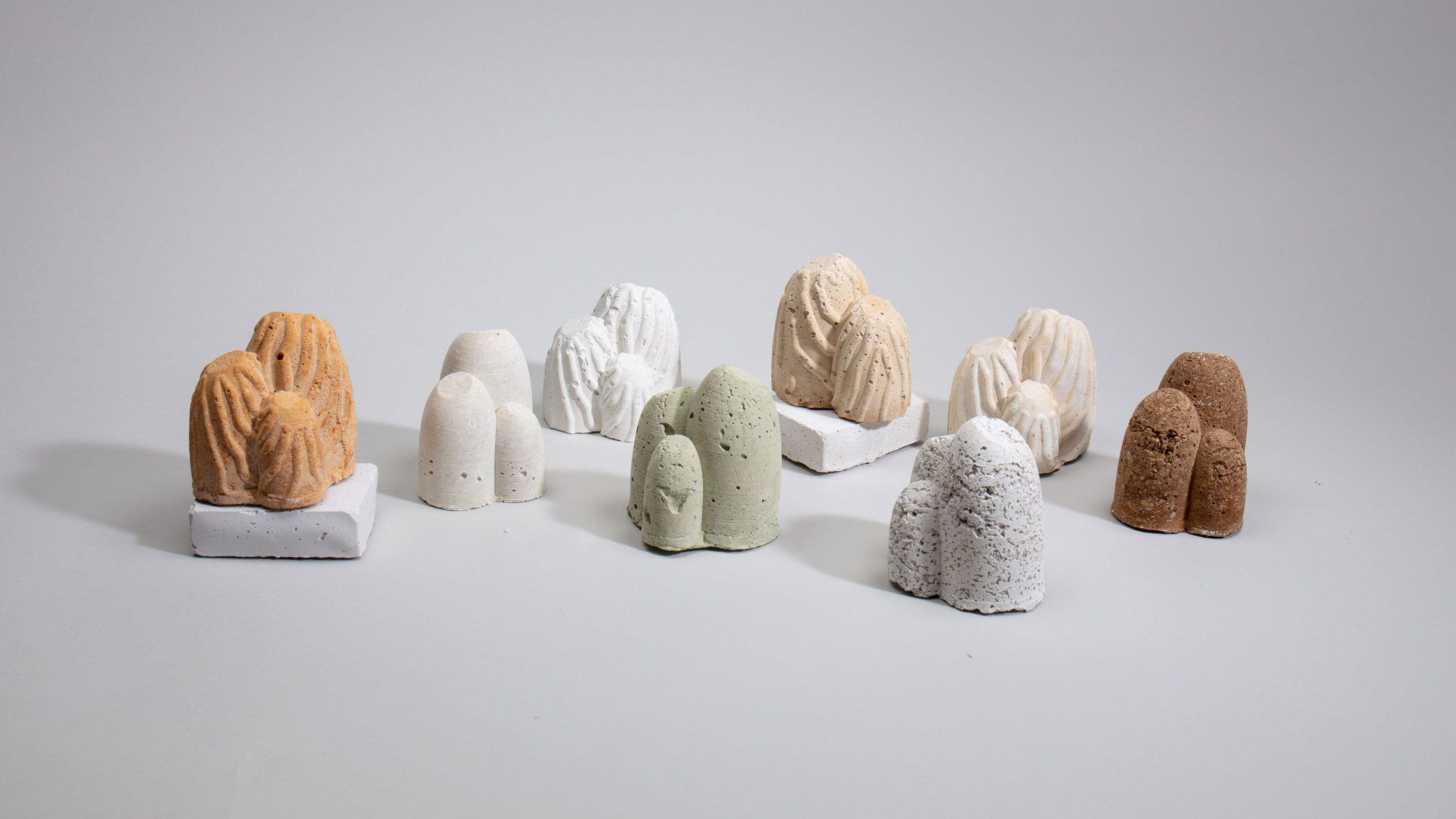 It’s a strange reality, but humans have even managed to turn our own deaths into an incredibly polluting industry. In the West, conventional burial methods often involve the use of toxins which end up contaminating the soil and groundwater. Meanwhile, a typical cremation adds about 400kgs of CO2 into the atmosphere. What if we could entice people towards a more sustainable alternative?

Resting Reef is a project that answers this call by offering a ‘meaningful funeral service’ that regenerates marine ecosystems at the same time. Created by Louise Skajem and Aura Murillo, the process involves turning cremated ashes into underwater urns that double as artificial reefs, where oysters can live and thrive. Each organic capsule is 3D-printed using a composite that also contains seafood waste, making them circular in more ways than one. By helping to restore endangered oyster habitats, the urns also work to prevent coastal erosion. And they’re beautifully designed, to boot.  ‘We wanted to create something that was desirable,’ says Murillo about the project, ‘because this is going to be the legacy that people leave.’ 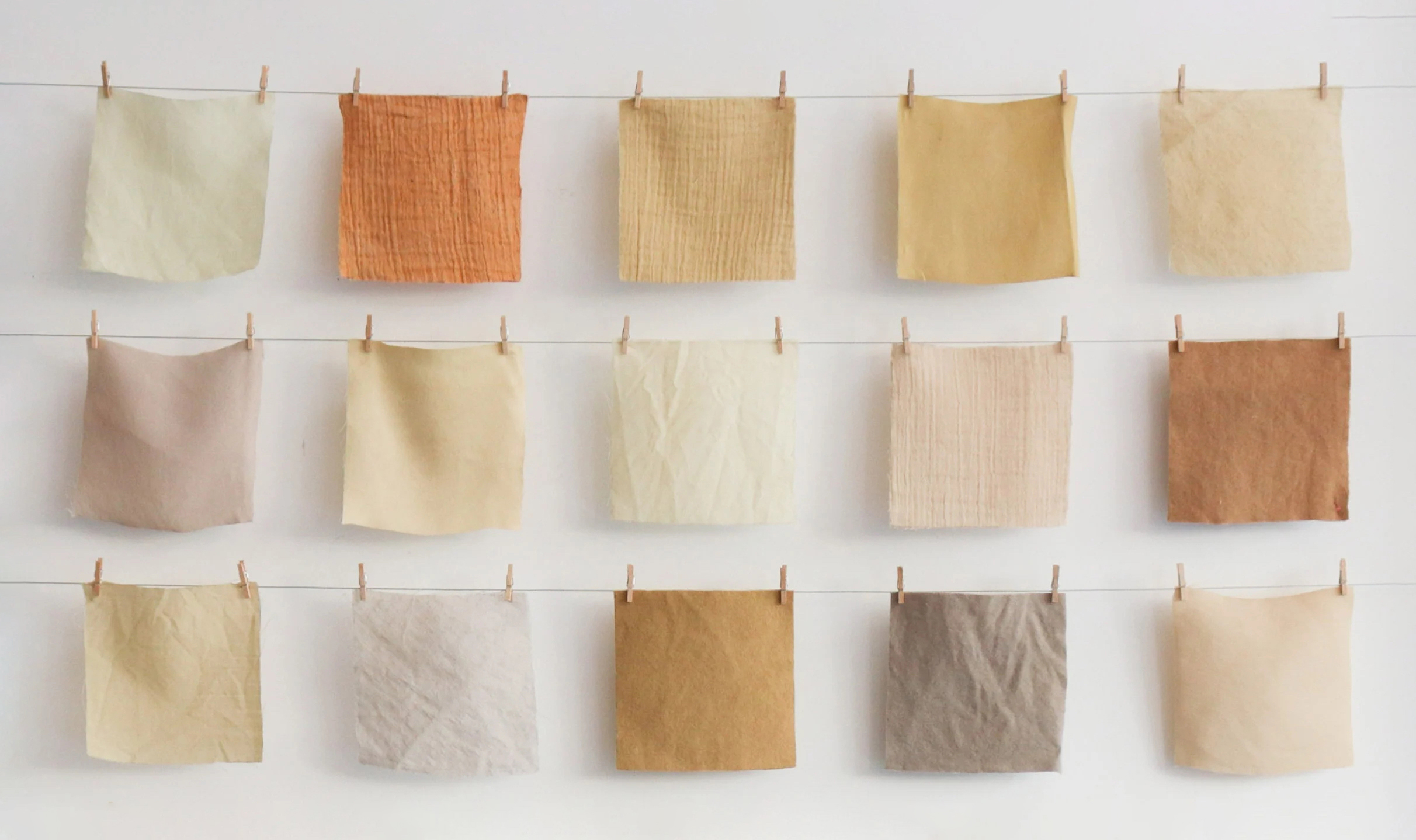 There’s another sea-dwelling organism that has piqued the interest of creatives lately — and that thing is algae. In exchange for soaking up carbon dioxide, these plants generate more than 50% of the oxygen in our atmosphere, making them one of the most important life forms on the planet. Since they don’t require fresh water, land or chemicals to grow, designer Nienke Hoogvliet also believes they can be the key to a more circular textile industry.

For the last 10 years, she has been perfecting a recipe for making natural dyes from different types of seaweed waste streams. To bring her experiments to the next level, she launched Zeefier in 2021, together with entrepreneur Anne Boermans. The brand is now working with seaweed farmers across the Netherlands to produce its dyes on a commercial scale. Eventually, the goal is to make them as viable and desirable as their synthetic counterparts, which are currently one of the most polluting aspects of the fashion industry. 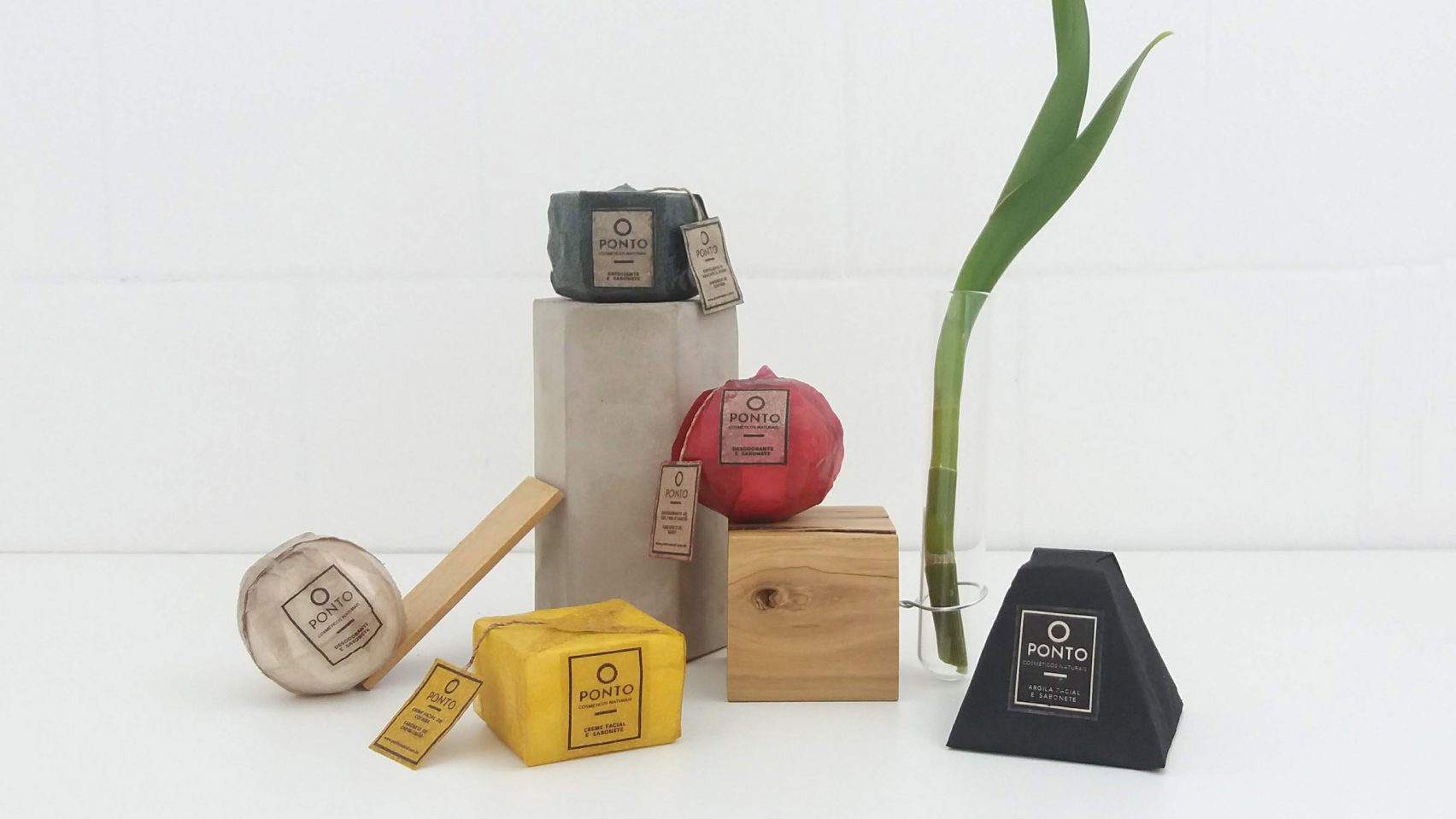 It’s safe to say that the packaging industry has a huge plastic problem. These days, nearly every product that is sold is packaged to protect what’s inside from breakage or leakage. While this is important, we seem to have forgotten that there are ways to do this without relying on materials that will take several centuries to decompose. The proof is probably sitting in your fruit bowl right now.

Inspired by nature’s peels, Ponto Biodesign is a lab making compostable packaging for food and personal care products. The materials they develop are primarily made of cellulose, which is grown by bacteria fed on local food waste. Once dried, the cellulose can be flattened into sheets, and dyed with natural pigments such as spirulina, hibiscus and charcoal. They can also be moulded into different shapes or glued together using water, eliminating the need to use other adhesives when sealing the packaging. The resulting composite is described as having characteristics somewhere between paper and plastic; ideal for wrapping non-perishables like soap or cosmetics.

Presented by the Make it Circular Challenge, this article is the second in a three-part series exploring the practices and possibilities of circular design. Read more on this topic here.