Though design is one of the most powerful agents for change, it continues to be under-represented and often trivialised in the media. As design critic Alice Rawsthorn mentions in her book, Hello World: Where Design Meets Life, one such misrepresentation is ‘to relegate design to the role of styling or decoration’. In some ways this is inevitable as it is much easier to express an opinion on styling, as that attribute is something we can see. On the other hand, aspects of a design’s process and development, its logistics of execution and marketing — not visible to the naked eye — are more difficult to comment on. Focusing on the stylistic aspect of design, though limiting, is advantageous from the media’s point of view too, as that is where the money lies.

But as a second year student pursuing interior architecture in India, I found that this did not make much sense to me. To add insult to injury, the magazines that I loved reading like Outlook and India Today didn’t even cover anything related to design or architecture. This was unlike their Western counterparts like The Guardian and New York Times which had long appointed their own architecture and / or design critics. Not surprisingly, what little coverage I did find mostly favoured style over critical engagement. Even the ones which had critical engagement focussed on the star-architect, neglecting the social and collaborative nature that’s inherent in design. With these questions in mind, I decided to conduct a survey to understand how the larger design community perceived the journalistic coverage of the discipline, and what could be done to make it more diverse and inclusive. 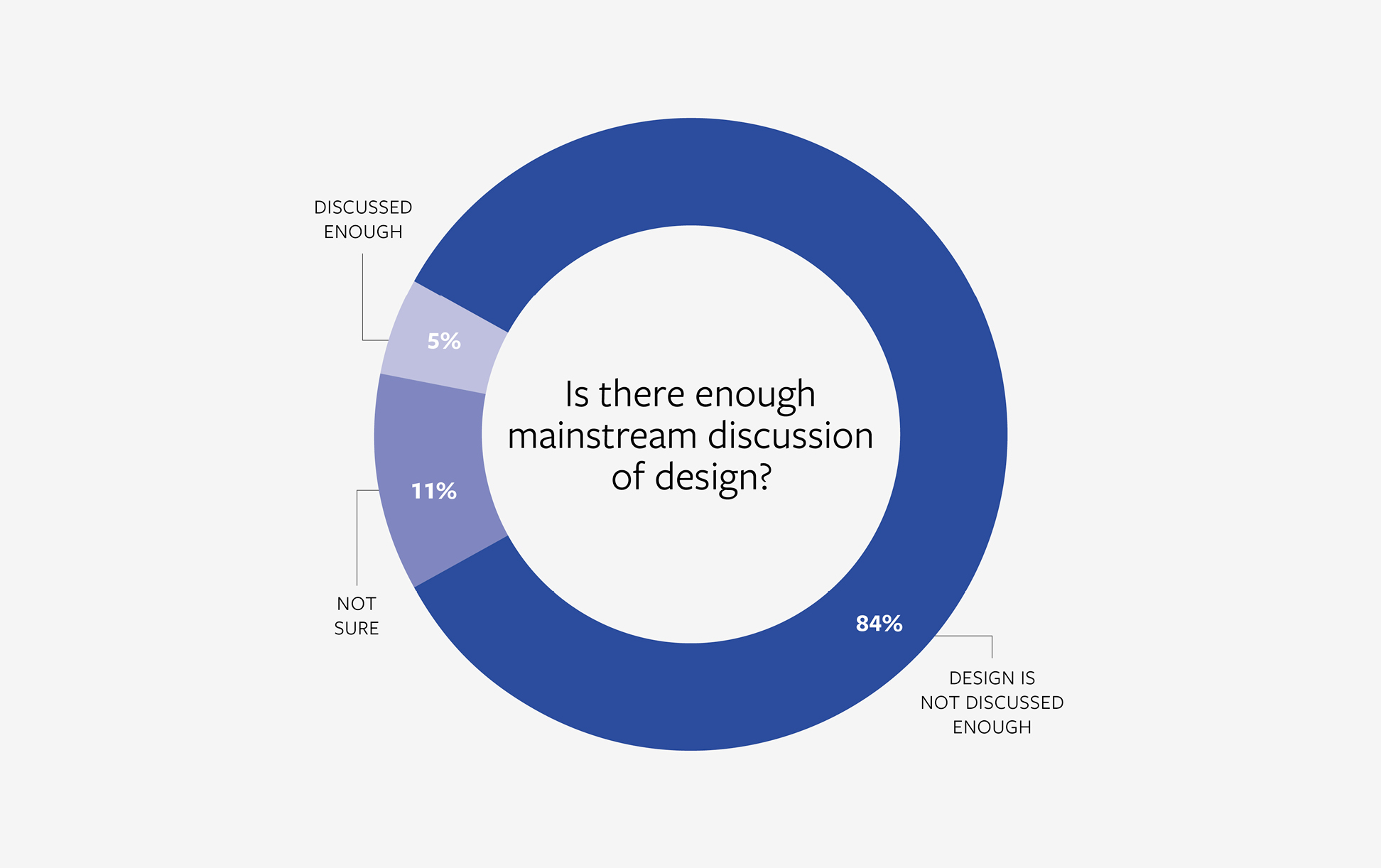 Conducted during my studies at the MA History of Design programme, run jointly by The Royal College of Art and Victoria & Albert Museum, this survey collected responses from around 70 cultural practitioners in seven different countries. The majority of the respondents are based in India and the UK, with some in Poland, Israel, Australia, Indonesia, and China. Despite this geographical diversity, the responses echoed similar themes: a desire to break the focus on aesthetics, a lack of connection with everyday issues, and with the social, political, cultural, and technological forces dominating our world, among many other concerns. I curated the results around three open-ended questions about design journalism, which I’ve outlined below.

What kind of news story would you like to see featured in your daily newspaper?

The participants were asked to mention a story that they would like to be featured in their daily newspaper. The responses ranged from wanting more focus to be on users, to the need to integrate design with day-to-day life, and presenting design as a collaborative practice. Other potential news stories that participants mentioned include:

Is there enough mainstream discussion of design? Why/Why not?

What are some other ways to cover design?

Here, the participants were invited to reflect on “how else” design could be covered. Often, the coverage in mainstream media focuses only on designers and the finished product. Also often, this coverage is relegated within the sections of home, lifestyle, or real-estate. Participants suggested various different approaches, including:

In the end, there was a consensus among participants that design is akin to a relationship among ideas, objects, people, and communities. It is one discipline which affects everyone and also has the power to bring together people of all walks of life. The design economy is growing and the industry needs to continually employ more and more people. Stats for India indicate that the industry in the country is growing at the rate of 23-25% annually (India Today), and in the UK, it is growing at twice the industry average (It’s Nice That). With new challenges of sustainability, AI, and mental health, among so many others gripping the world, it is incumbent to realise the value of design and harness its potential to the fullest.

For this to happen, better media coverage of design is essential. To quote Rawsthorn once more: ‘If governments, businesses, banks, educationalists and NGOs think of [design] as being only being useful for, say, producing fast cars and photogenic dresses, it risks being restricted to those roles, and is likely to be overlooked when it comes to tackling other challenges. Why would it occur to them that design might make a constructive contribution to the environmental and humanitarian causes championed by Fuller, if it is only ever depicted as something that incites hysteria over sofas and phones?’ I hope that by questioning the way we tell stories about design, we can better understand and unleash the power it holds.

The full report can be accessed here.

Deepika Srivastava is currently working at the National Institute of Design, Ahmedabad, India, on projects focussed on empowering craft communities of India. A graduate of the MA History of Design programme run jointly by The Royal College of Art (RCA) and Victoria & Albert Museum, her creative practice revolves around telling stories about culture and design. She is also involved in starting a network with fellow practitioners to further establish the discipline of Design History in South Asia. She can be reached via LinkedIn and Instagram.