Once a famous drummer, now one of Mexico’s most established names in contemporary architecture.

Michel Rojkind (Mexico City 1969) Studied Architecture and Urban Planning at the Universidad Iberoamericana (1989-1994). He founded Rojkind Arquitectos in 2002. In 2005, Rojkind Arquitectos was selected by Architectural record’s “Design Vanguard” as one of 10 international firms of the year. In 2010 he won Emerging Voices, organized by the Achitectural League of New York. In 2010, Los Angeles Times named Michel Rojkind as one of the “People to Watch” that year.

In 2011, Wallpaper magazine named him as one of the “150 Movers, Shakers and Makers That Have Rocked The World in the Last 15 Years.” In 2013, Forbes magazine recognized him as “one of the most influential architects in the contemporary Mexican scene.” The New York Times named Michel Rojkind as part of “A Generation of Architects Making Its Mark at Dizzying Speed” in 2017. In 2021 000M named Rojkind #23 of the 100 Most Inspiring People of 2020. In that same year, he was named as a “Miembro Académico de Número” by the Academia Nacional de Arquitectura (Mexico). In Mexico, his built projects stand out: The Nestle Chocolate Museum (2007), La Cineteca Nacional (2012), HighPark Monterrey (2015), El Mercado Roma (2014), and the house of the Boca del Rio Philharmonic “Foro Boca” (2017). He has been visiting professor at the IACC in Barcelona, at SCI-Arc, UPenn and Harvard University.

Michel Rojkind is joining us thanks to the support from the Delegation of the European Union to Mexico. 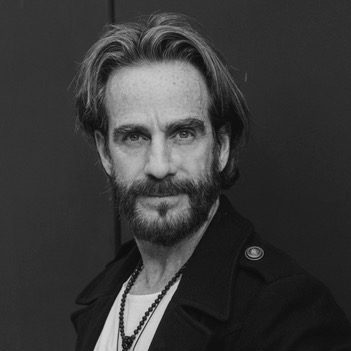