‘We need to battle with empathy. We need to humanize.’CEO of Techfugees Joséphine Goube to speak at WDCD Mexico City

‘We need to fight for our values with images and words. We need to battle with empathy. We need to humanize. We need to take the dark head on.’ Says CEO of Techfugees Joséphine Goube. Nominated three times in a row by Forbes Magazine as one of the top 30 under 30 Social Entrepreneurs, she will be speaking at WDCD Mexico City on 6, 7 & 8 May about how to utilise technology to welcome immigrants humanely and efficiently.

Techfugees is a non-profit, coordinating the international tech community’s response to the needs of refugees, asylum seekers and displaced people; making the immigration process better. They organise conferences, workshops, hackathons and meetups around the world in an effort to generate tech solutions for and with refugees.

Dig for The Truth
‘Your phone is the most powerful piece of tech you will ever possess. Use it to do good. It has social media to connect to people in distress. Search engines to dig for the truth. Cameras and screens to see the reality of people,’ Goube says in an interview with 100000 Miles.

A graduate from Sciences Po Paris and the London School of Economics in urban development, Goube has been the CEO of Techfugees since 2015. She also is a board member of the Norwegian Refugee Council and an informal expert alongside the European Commission about migration issues. 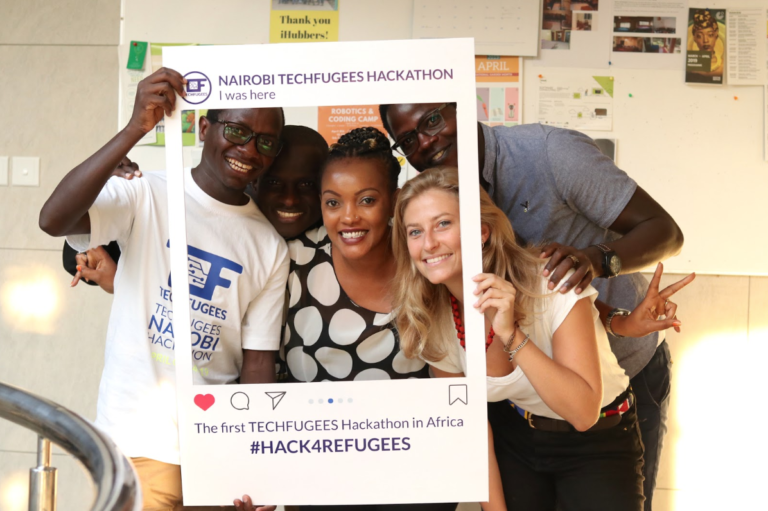 Knowledge Sharing
Goube emphasises the importance of partnerships, cooperation and knowledge sharing within the ecosystem of government workers, NGOs, tech entrepreneurs, communication specialists and financial donors. This avoids duplication of efforts and resources and promotes a positive sharing environment.

‘Technology is no silver bullet in any scenario ,’ Goube told Techs Good,’ it is a tool with positive benefits that include faster and cheaper distribution, more efficient use of scarce resources, and rapid growth through scale economics.’

Join WDCD Mexico City to hear more from CEO of Techfugees Joséphine Goube about her experience on how to utilize technology to embrace immigration. Buy your tickets now at https://www.whatdesigncando.com/tickets-mexico/