Last July, Copenhagen-based platform SPACE10 invited six designers from around the world to join a creative residency exploring water-resilient futures. Guiding the residents through the programme was an interdisciplinary group of creatives and academics, including experts from partnering institution, TU Delft. Working in three teams, they set out to research possible solutions for the urgent challenge of water scarcity, honing in on three particularly thirsty cities: Hong Kong, Mexico City, and London. Last week, the group published their findings for the first time, along with three experimental concepts for rethinking rain, sewage and the humble drain pipe.

Hong Kong: Made With Rain

The first group of designers consist of Andrea Li and Michelle Lim, who looked into the water pressures facing one of Asia’s most densely populated cities. Immediately, they noticed a disconnect in the city’s water system. In Hong Kong, it rains a lot. And yet the island city directs 90 percent of its annual rainfall through the storm drain system, and imports 80 percent of its water from its neighbouring mainland area.

‘People have water coming out of the tap so they don’t think about it too much, but in the climate crisis we must re-evaluate our relationship with water,’ says Andrea. What if water-intensive industries in Hong Kong could replace their water use with rain? Running with this idea, the team envisioned a rain collection system that blends into Hong Kong’s mostly flat rooftops and is used to make popular beverages like tea. ‘We imagine a future where industries value rainwater as a precious resource and people seek out products and services that are made with rain.’ 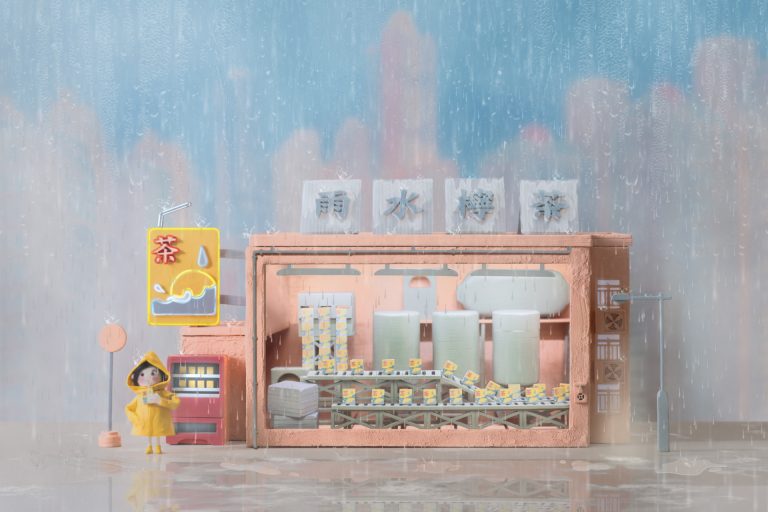 Turning their attention to Mexico City were Kelsey Bair and Itamar Lilienthal. They learned that the capital is facing a complex and multifaceted water crisis. The city is sinking, it floods regularly, there’s contaminated tap water, failing infrastructure, and the city’s wastewater flows untreated into the neighbouring valley. ‘We really wanted to resolve the big, city-wide issue: that when it rains, it pours, and then it floods. Yet with all that water, people are still thirsty,’ says Itamar.

Hoping to bridge the gap, the duo began searching for old and new solutions to filter dirty water into clean, safe drinking water. After speaking to locals with first-hand knowledge of the situation, they realised that there was incredible wisdom to be found in traditional materials and techniques. For example, research has shown nopal, a prickly cactus that grows all over the country, can clean contaminated water 300 times more efficiently than aluminium sulfate, a commonly used filtration agent. Then there is tezontle, a type of lava rock that is also found in abundance in Mexico. Bair and Lilienthal found that its mineral structure acts like a sponge, effectively trapping pathogens. Eventually, the designers translated their findings into a low-tech filtration system called Äkua, which can be made entirely within the city. 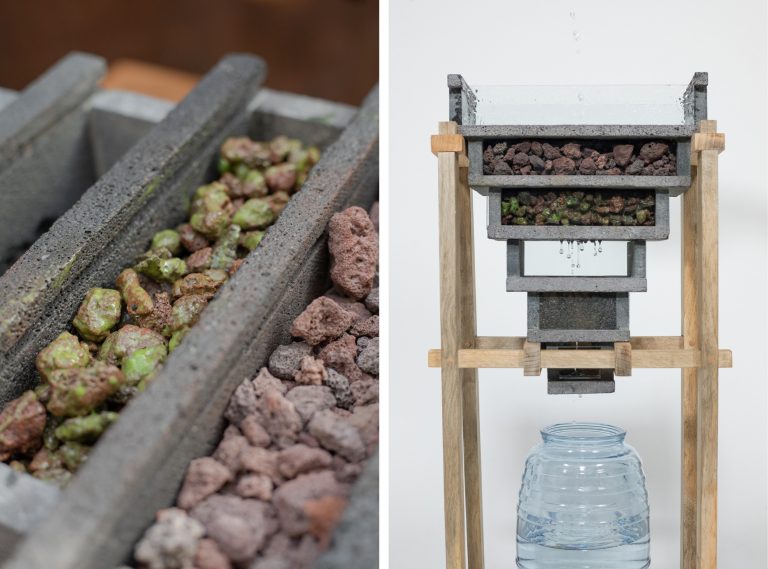 The final project is aimed at London, a city which is buckling under the pressure of its bloated population. Its once-revolutionary water supply system is now outdated in its rigidity and inability to move with the city. During their research, Elissa Brunato and Christoph Dichmann learned that 25% of the city’s water is lost through leaking pipes before it even reaches people’s homes. The constant repairs are costly, and often involves manually locating problems and digging up roads.

Shocked at the waste, the designers embarked on a speculative vision inspired by nature’s self-sustaining systems. ‘Rather than thinking about pipes as static 3D objects, we are suggesting the use of intelligent materials that can respond and react to the surrounding environmental pressures over time,’ says Elissa. The result is a visual exploration of what an organic, flexible pipe network might look like, if it was designed to change and self-heal. 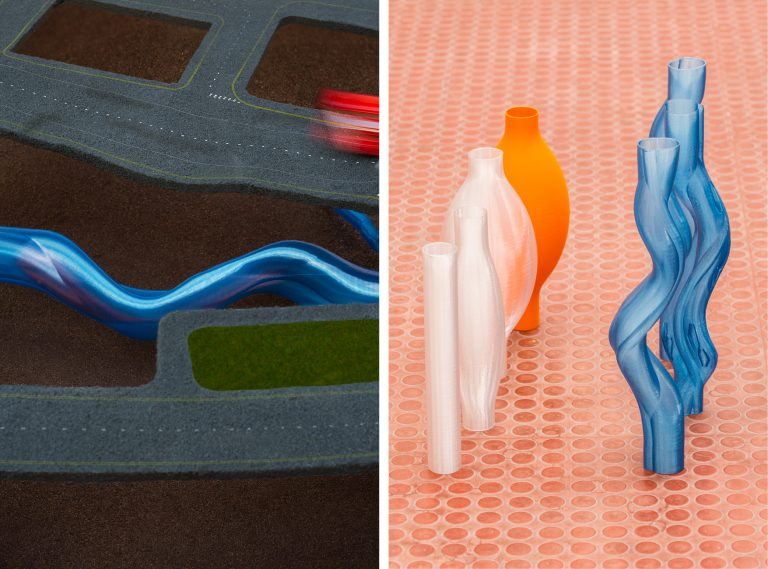 To learn more about these projects, visit: space10.com/exploring-resilient-water-futures