On Sunday 6 November, the 27th UN Climate Change Conference will begin in the city of Sharm El-Sheikh, Egypt. More than 30,000 activists, policymakers and business leaders will convene at the summit to coordinate global climate action for the next year. With so much on the line, there’s a lot up for discussion: from the relationship between finance and fossil fuels, to how countries can better protect their citizens from floods, fires and other climate-fueled disasters.

But in order to walk the talk — and create true climate justice — we believe we need more disruptive voices at the table. At WDCD, we see this gathering as an opportunity to advocate for the role of design within climate action and build the exchange of knowledge and networks needed to activate it. That’s why we’re proud to be working with the Creative Industries Fund NL to attend the conference with a group of 18 Dutch and African designers, called the Creative Climate Collective. If you’re unsure about what to expect from the next two weeks (or interested in getting more involved yourself), here is a guide to the most important things you need to know about COP27.

In 1992, a treaty called the United Nations Framework Convention on Climate Change (UNFCCC) was ratified as a framework for international cooperation to combat climate change. Since then, meetings have been held (almost) annually to discuss how exactly this should be achieved, under the title ‘Conference of the Parties’ or ‘COP’. The next meeting, taking place from 6-18 November 2022, will be the 27th since the treaty was first signed.

Where is it being held?

Egypt is hosting COP this year, in the Red Sea resort town of Sharm El-Sheikh. This will be only the fifth time that COP has been hosted in Africa, and there’s hope that the event will draw attention to the severe impact that climate change is having on the continent.

However, many prominent environmentalists and activists have criticised the choice of venue because of the Egyptian government’s poor record on human rights. Because of this, it’s important that we question not only what is being talked about at COP27, but also who gets to participate in the process. 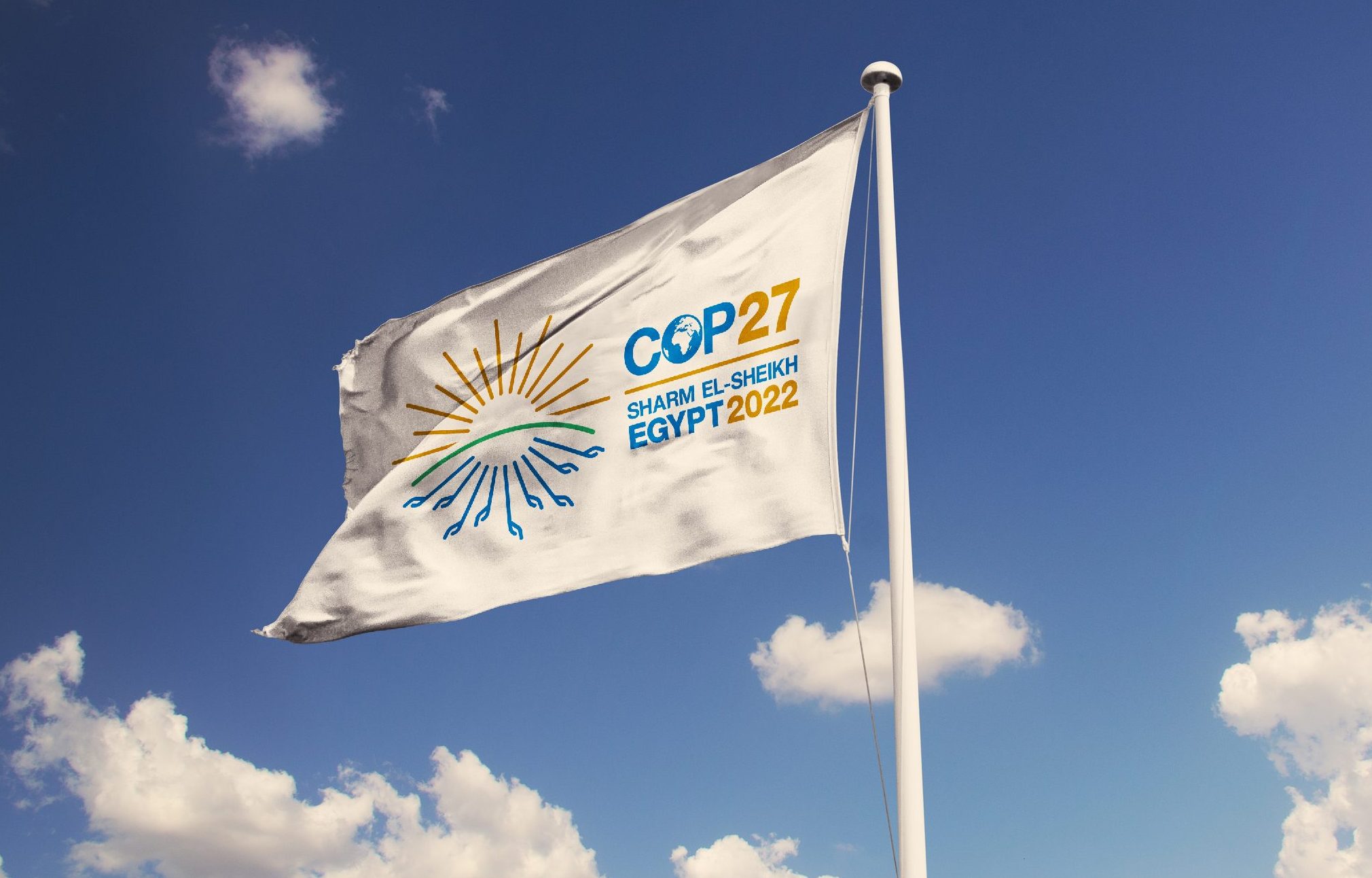 Why is COP27 important?

In the latest IPCC report, climate scientists warned that if we do not cut fossil fuel emissions drastically within the next decade, we will destroy any chance of limiting global warming to 1.5 degrees celsius. That spells catastrophe for everyone on the planet, but especially for vulnerable communities living on the frontlines of the crisis.

COP27  provides an opportunity for world leaders to reflect on this data and collaborate on concrete plans and solutions. In the past, COP pledges have fallen short of delivering system-wide change, but we cannot afford apathy or inaction any longer. Four key issues are highlighted in this year’s agenda: mitigation, adaptation, finance, and reparations (also referred to as  ‘loss and damage’).

Who is going to be involved?

COP27 will be attended by delegates from nearly 200 countries. The main event will be mostly restricted to representatives of governments, businesses and NGOs. Unfortunately, this group also includes lobbyists from industries such as coal and gas, whose presence invariably influences the outcome of the meeting. The good news is that hundreds of climate activists, youth leaders, media members and innovators will also be attending the summit to apply pressure in the other direction.

We’ve always believed that the creative industries can play an important role in climate action and policymaking in general — so we’re happy to report that there will be some design-related events at COP27. Most will take place in the summit’s Green Zone, a parallel space that is open to the public and will host events and pavilions led by youth, civil and creative organisations. Here are three projects that we are most looking forward to this year. 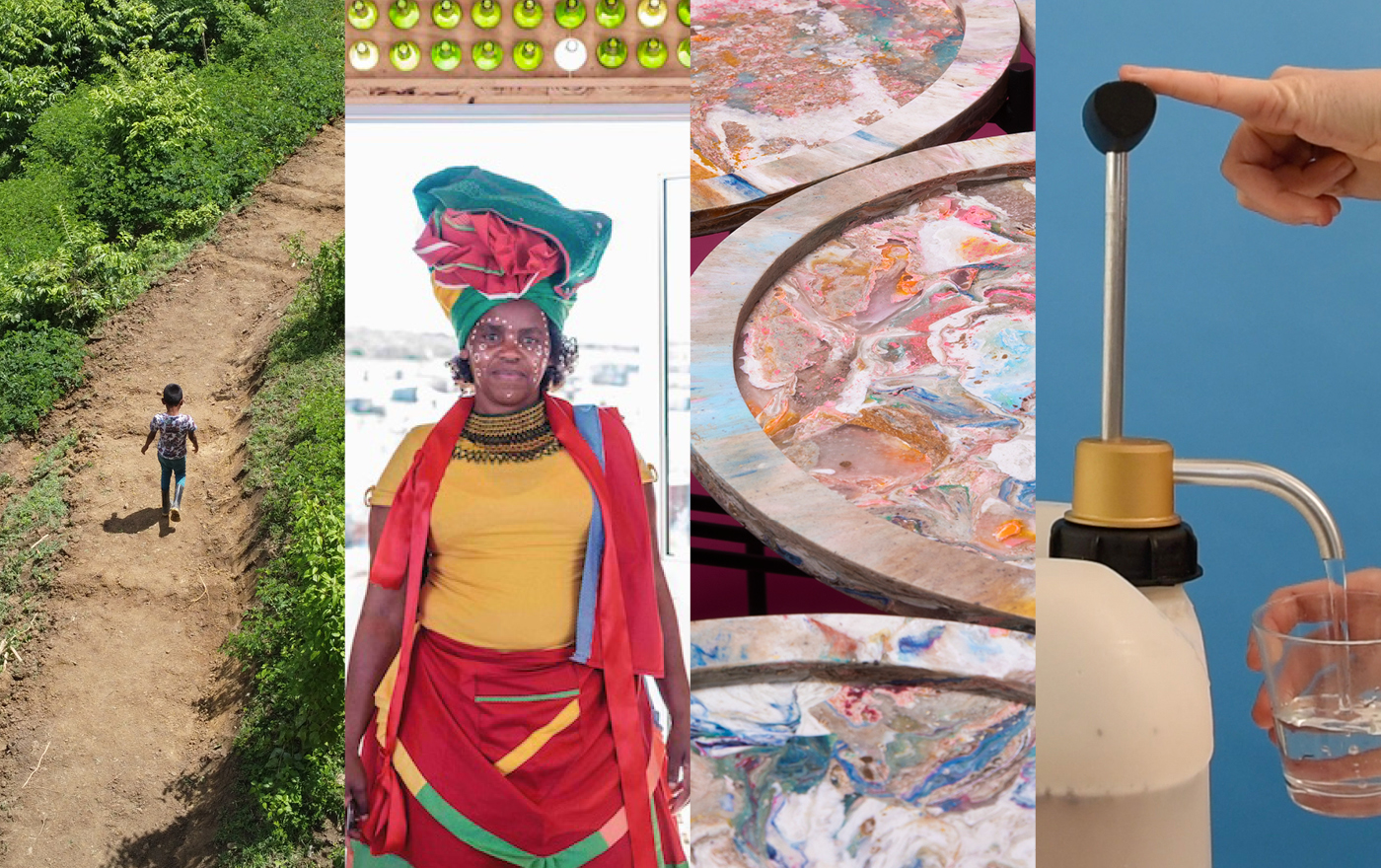 Through workshops, talks, speeddates and pitches, the collective will share their unique perspectives on designing for climate action. On 11 November, each participant will present their work to the public through a special exhibition located in the Green Zone. Six members will also take the stage in a panel discussion during our ‘Design as a key for Change’ programme, which will take place in the hall from 15.00hrs to 16.00hrs local time. Get to know the collective here. 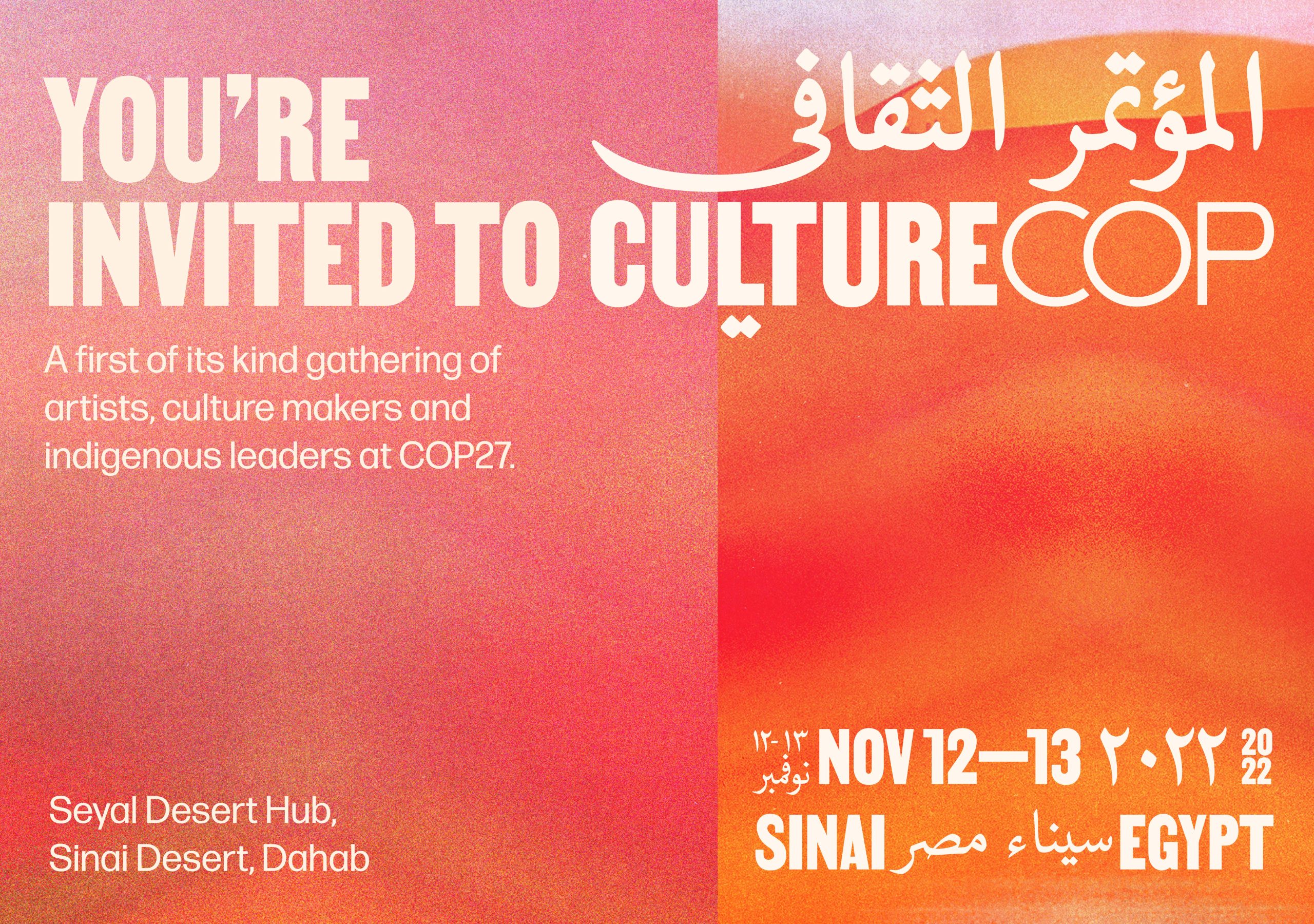 CultureCOP
Created to complement, inspire and influence COP27, CultureCOP is a new initiative led by organisations like Earthrise, Greenpeace and the Futures Indigenous Network. The gathering is the first of its kind to appear at COP, and will see artists, culture-makers and indigenous leaders come together in events online and at various locations in Egypt. (*Editor’s note: Due to unforeseen circumstances, CultureCop’s programming has had to undergo some last-minute changes. Please follow @culturecop and @earthrise.studio for more information COP27.) 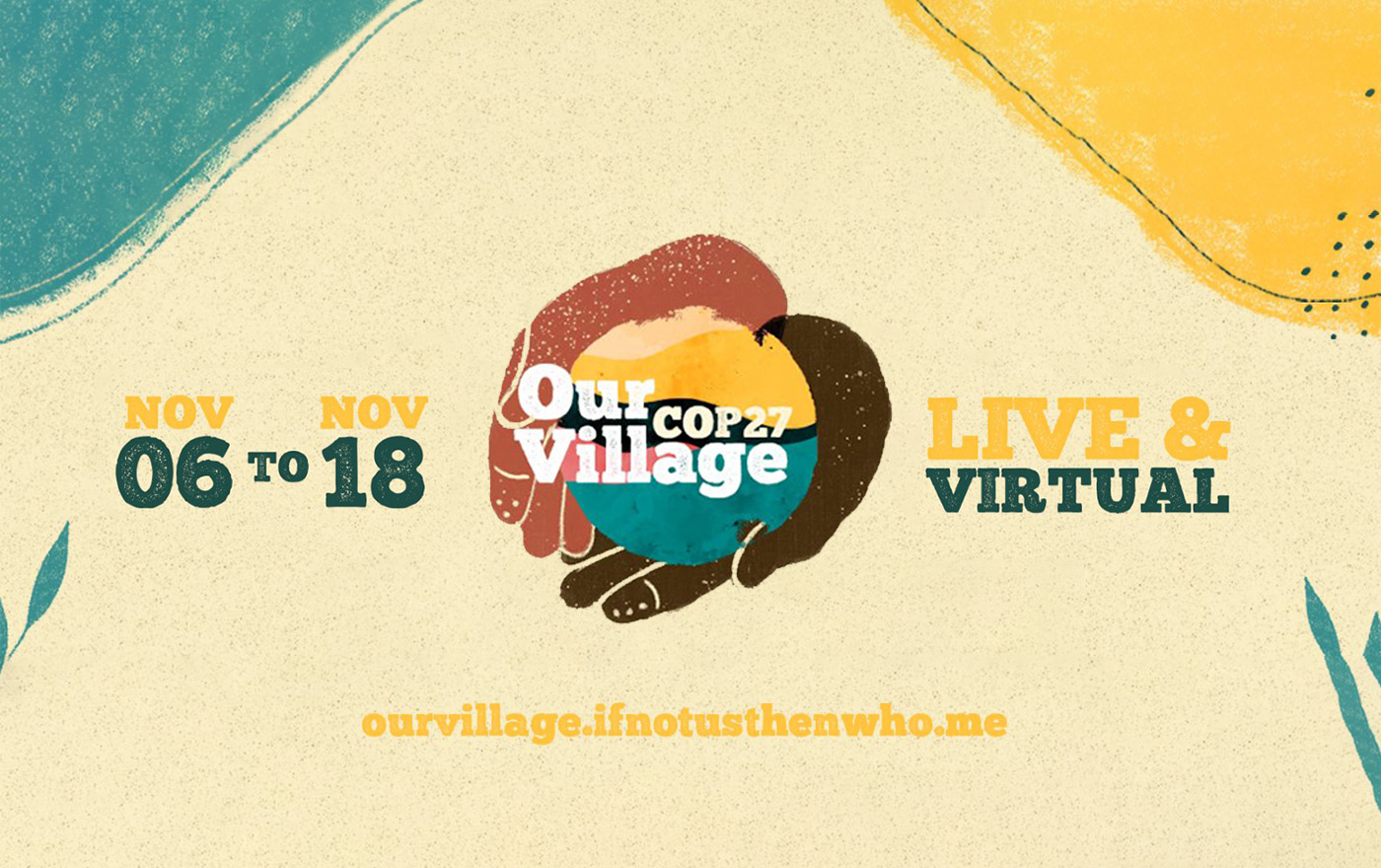 Our Village
Returning to COP this year is an exhibition space and ‘community corner’ curated by If Not Us Then Who: a creative organisation working to highlight the role that Indigenous people play in protecting the planet. The programme will include talks (live and virtual) by members from the Global Alliance of Territories and Communities and the Black Indigenous Liberation Movement. Our Village will also be the home to WDCD’s Creative Climate Collective, who will be using the space to showcase their climate innovations.

What can creatives do to join the conversation from afar?

Each of us has a part to play in building a better future — summit or no summit. Wherever you are in the world, you can find opportunities to educate yourself on climate justice, put pressure on your government officials, or organise within your community. If you’d like to connect with other like-minded creatives during COP27, here are a few places to start. 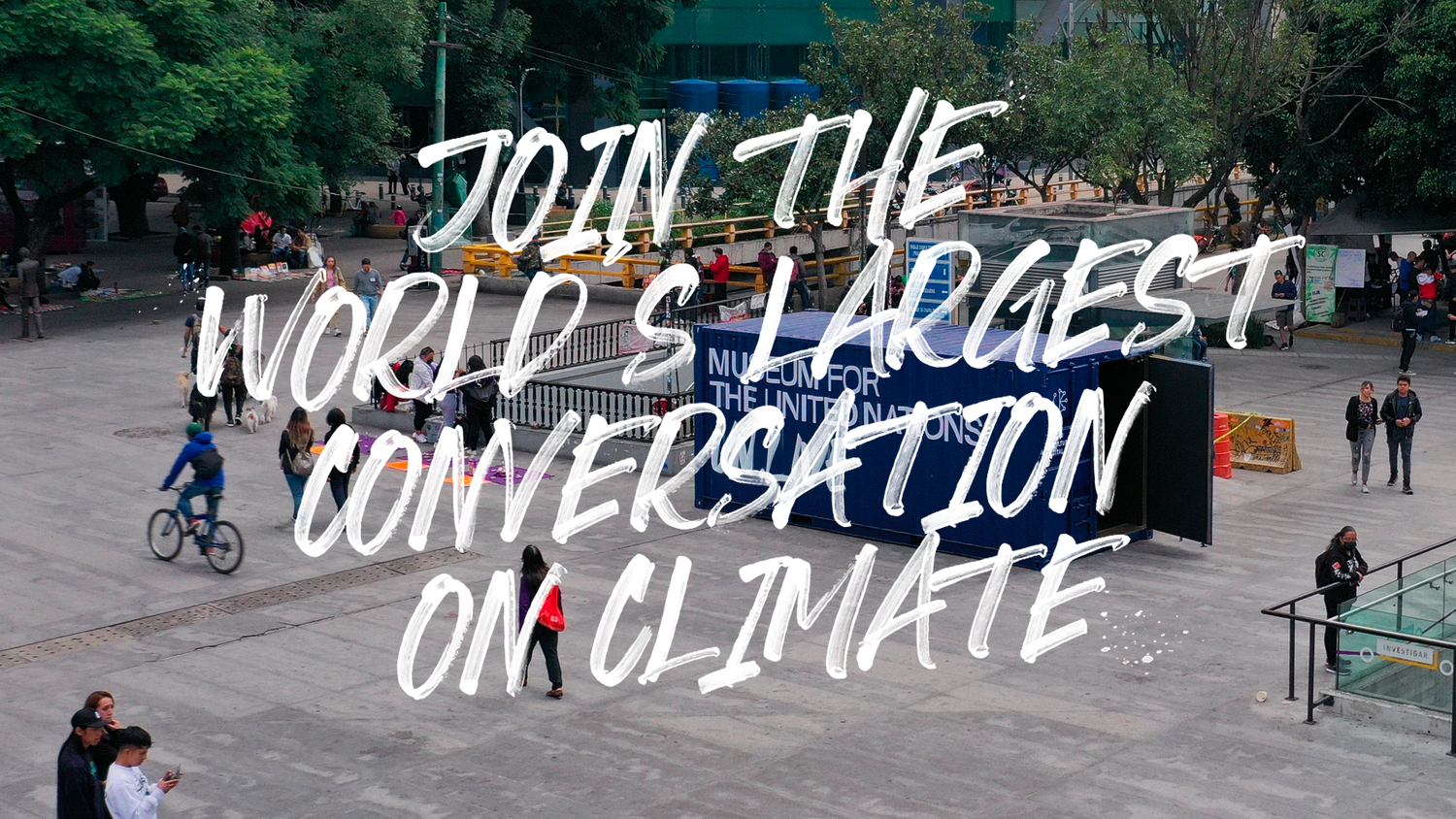 Global We Portals
To allow more people from around the globe to engage with delegates at COP27, UN Live and the IKEA Foundation will be hosting an immersive conversation portal in the Blue Zone on 8-10 November. The portal will be connected via a live feed to 10 other studios located in cities like Mexico City, Johannesburg and Bangalore. Through these portals, members of the public will be able to share their stories and ideas with decision-makers at the summit. See the list of participating cities and sign up for a speaking slot here. 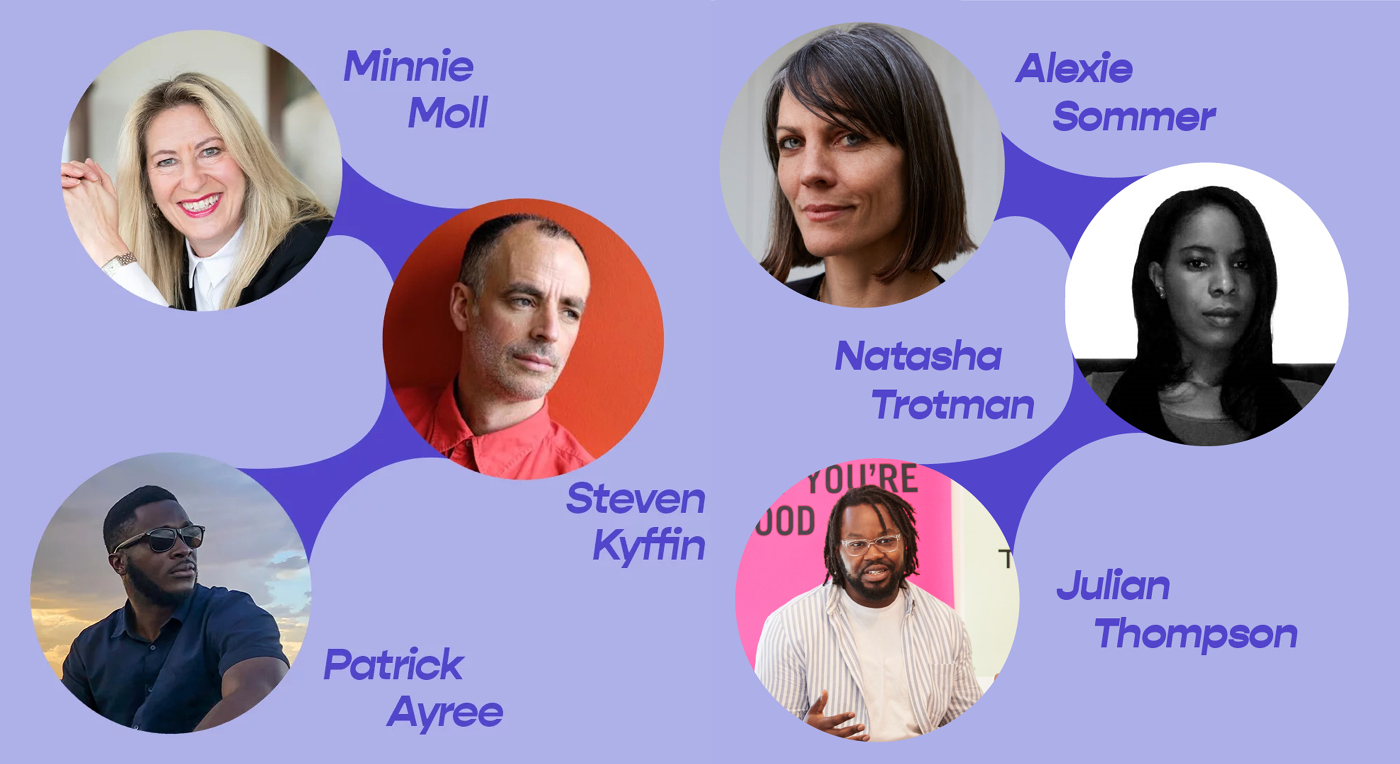 Design for Planet
At last year’s COP meeting in Glasgow, the British Design Council organised the inaugural Design for Planet festival. The event is back in full force this 8-9 November with a diverse programme that will feature online talks and discussions, and over 20 practical how-to-sessions to help businesses and designers participate in climate action. Expect to dig into topics like circular design and biomimicry — and how they relate to global climate targets and policies. Register for free here. 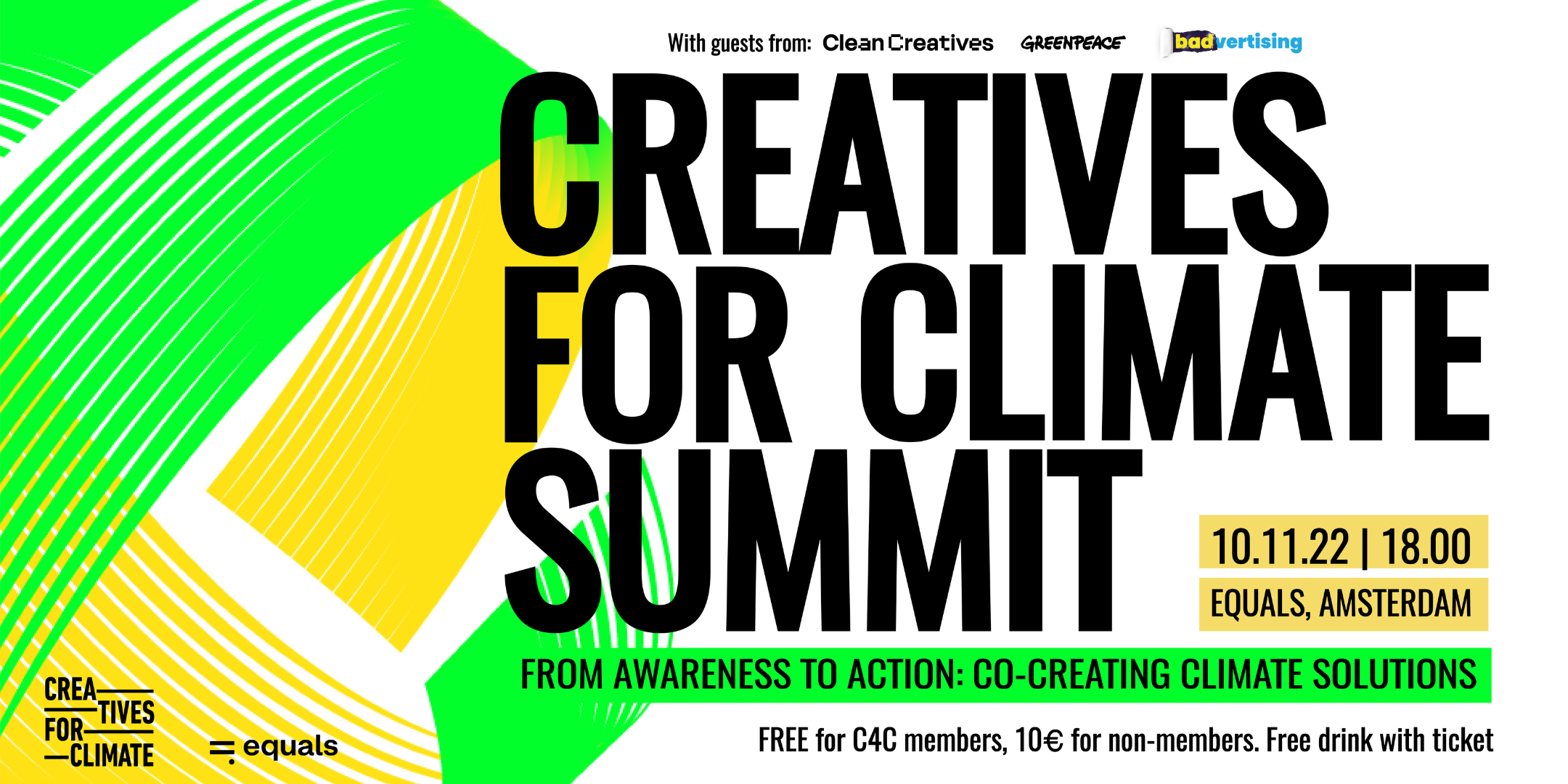 Creatives for Climate
If you’re in Amsterdam, you can check out the Creatives for Climate Summit taking place on 10 November. Running alongside COP27, this gathering will bring 100 industry leaders together with experts from organisations like Clean Creatives, Badvertising, and Greenpeace to reflect on the collective shift from awareness to action, and ask: what does it mean to use our creativity for good, as the climate emergency accelerates? Secure your seat here.

Do you have something to add to this guide?

The coverage around COP27 can be hard to wade through, and we’re sure that there are more creative events and initiatives worth checking out during the summit. If there’s something you’d like us to add to this guide, feel free to drop it in the comments. Are you attending COP27 yourself? Please send us an email — we’d love to get in touch.