As Women’s History Month draws to a close, Coolhuntermx present the second instalment of a series highlighting Mexican artists who are opening doors and making spaces for women in design and art. Keep reading to meet Taina Campos, an inspired materials designer—and former Clean Energy Challenge nominee—and Olga Rodríguez, one of the trailblazing curators behind Salón Silicón.

Taina is an ecofeminist industrial designer who focuses on the study and application of biomaterials. After studying at UNAM, she spent several years working abroad, including a stint in London and Paris. She then returned to Mexico and co-founded Frame Design Studio with a partner, specializing in objects and furniture. In 2019 the studio was nominated in the WDCD Clean Energy Challenge for their CompO System, a range of composting products and services that aimed to reduce organic waste in Mexico City.

After this Taina began to focus more on the field of sustainable design and on how she educates herself about this topic in Latin America. She currently runs Teorema, a ceramic workshop together with five partners, with whom she seeks to create a community around ceramics. She teaches at Ibero Puebla and is doing a master’s degree at Centro. 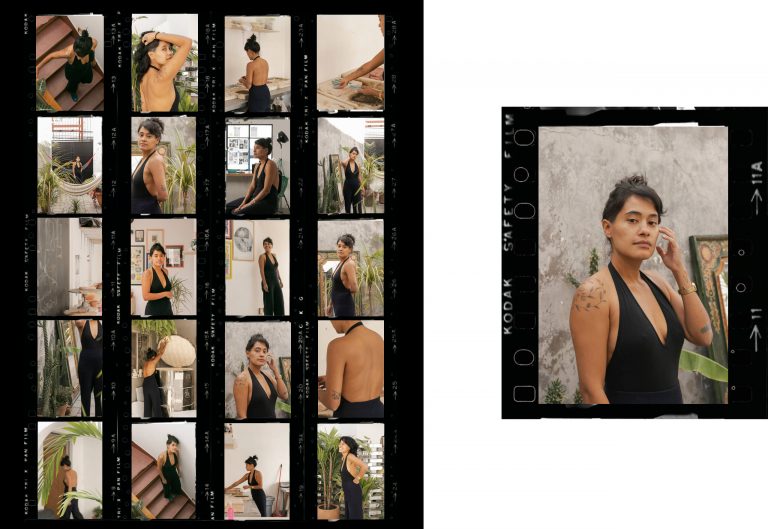 In her practice, she has encountered different attitudes towards her depending on how she is perceived in her role as a woman. From her experiences in academia, when teachers would compliment her and her female classmates, to when she was working in Europe where she felt that she had not been hired for her ideas. She also encountered instances of racism that made her doubt her abilities even more.

For years, industrial design has been a discipline of men, in which they sell and are recognized for their own work, but, to a lesser extent, their female colleagues stand out. Taina notes that it is strange because at the same time that you have men being legitimized by the media and institutions, most of these organizations that disseminate design are run by women who are not paid in the same way as men for what they do; for a job that keeps the industrial design industry alive in Mexico. She believes that something that can be done is to open spaces in these disciplines that have been described as “for men” because of how “heavy” they are for women. “[We need to] open these spaces so that women can get their hands dirty—not only in ceramics like we do here, but in metal and wood, too—because we are capable,” she says. “And we need community. In other words, we must support each other among women. Think: I’m in this, I have a ceramic workshop. Come and we’ll teach you. Let’s open those spaces that had not been opened before.” 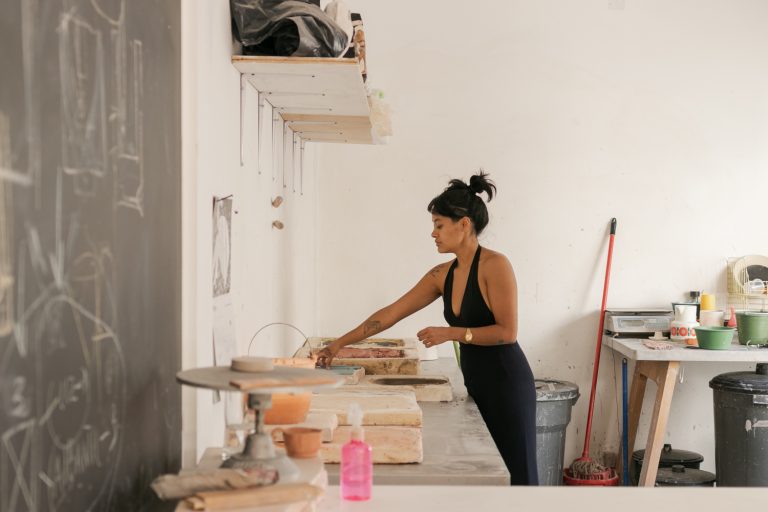 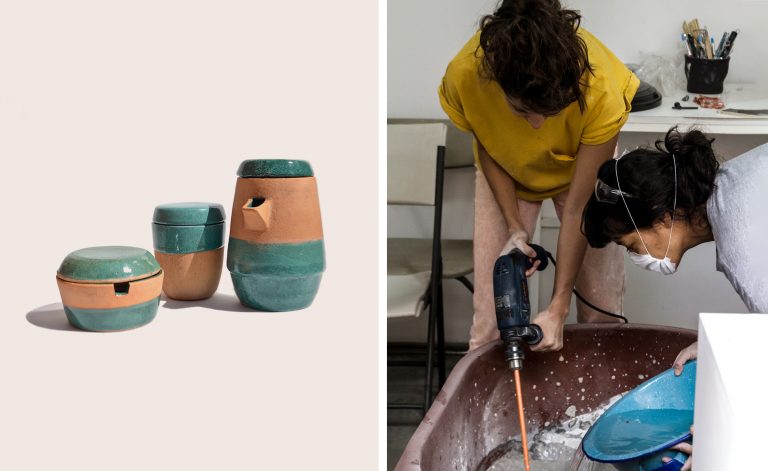 Olga Rodríguez is one of three parties in charge of Salón Silicón, a gallery that has become known for raising feminist and queer discourses with its exhibitions. Initially, Olga studied film and communication but her life has led her to art. Her career in this discipline began when in 2008, after living and working as a documentary filmmaker in Spain, the production company she had with a friend went bankrupt. It was then that she found a vacancy in a gallery.

After getting the job and working in the gallery for five years, she returned to Mexico with the aim of working as a documentary maker again. However, unable to find work in that field, she applied for art positions. Taking advantage of the curriculum that she already had, she entered Damián Ortega’s studio, where she has worked ever since. There she met Romeo, one of her current associates. 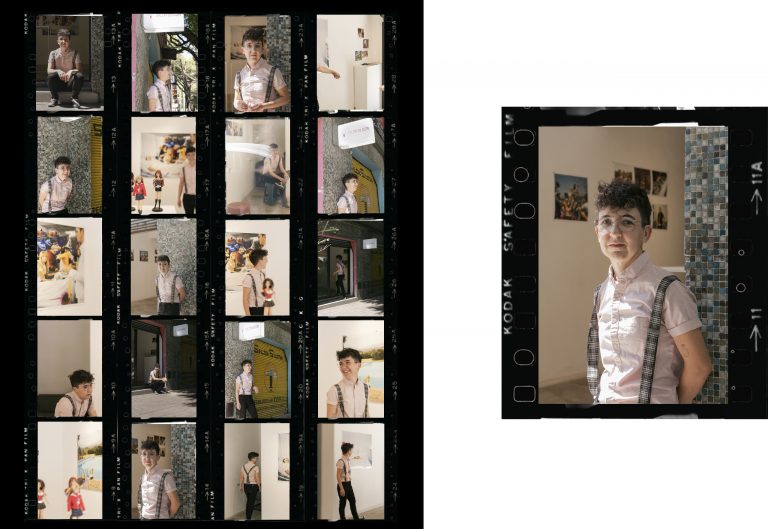 They created Salón Silicón with the aim of making an independent space where artists who were not being exposed in traditional media could not only make themselves visible, but also sell their works. In this way, the gallery uses the gender quota, as a first step to reduce the gender gap that exists in the art world. Thus, all exhibitions organized by the gallery involve at least 50% women artists. And they are always trying to be more inclusive and present content that comes from people outside of the spotlight.

“There is still a lot to rewrite. For example, we have to look at history with a gender perspective. See all the women that we have not seen—there is lots of work to be done there. Then, as I was saying, you have to support people who are working right now and who are now wanting to pursue a career.”

Olga is very clear on the work that needs to be done so that the traditional art scene is truly open to more diverse discourses and to real gender equality. For her and her colleagues at Salón Silicón, it is still a distant dream to be able to live off what they do in the gallery, but this does not stop them from continuing to try to enter (and expand) the world of conventional art. 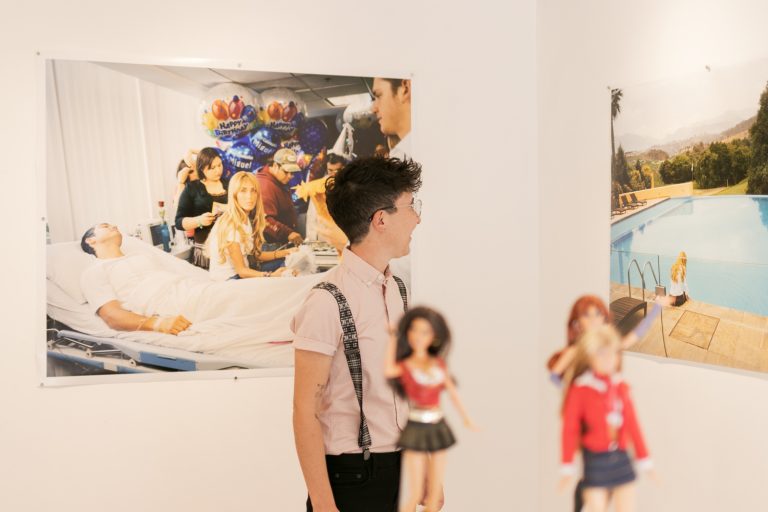 For more profiles of visionary women in Mexico’s creative industries, follow the complete series at Coolhuntermx.