Pentagram designers Talia Cotton, Phil Cox and Giorgia Lupi have developed “Plastic Air,” an interactive website that visualises a type of pollution that most people don’t even know exists: airborne microplastics. The experience provides a lens through which to explore the invisible plastic particles that are building in the atmosphere around us, and to consider the impact they are having on the environment and our health.

Like much of the team’s previous work, this project is a great example of how we can make climate data less opaque, by making it more human. The challenge for the designers was to create a visual experience based on something largely invisible.  “Microplastics are a major environmental issue. They affect every living thing on this planet, and it’s a type of pollution that has real, long term effects on our planet. Yet because airborne microplastics are so tiny, most people are unaware of them,” explains Giorgia.

This dichotomy between the seen/unseen became a key component of the final product, which allows users to toggle between two views: one which reveals a sky speckled with various fragments of plastic particles, and one which hides it from the naked eye. Inspecting each particle gives users a sense of what it is made of, where it came from, and how far it has traveled. Users can also affect the sky by ‘polluting’ it with identifiable objects (like soda bottles and fishing nets), and then watch as the items break down into the air. They can also adjust factors like location (cities vs. rural areas) and weather conditions like wind, rain and snow to see how these affect dispersal patterns. 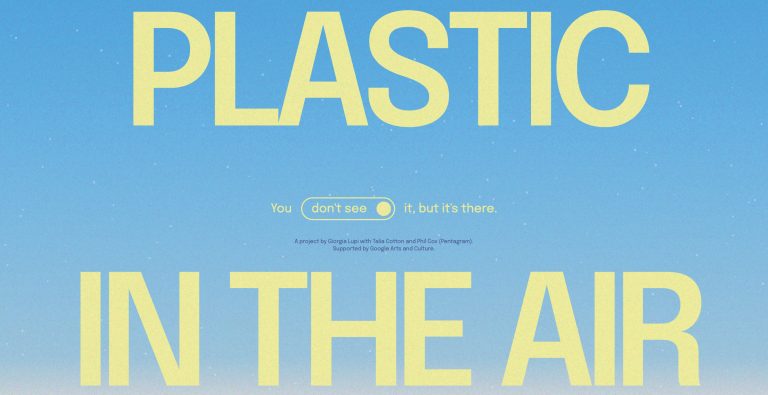 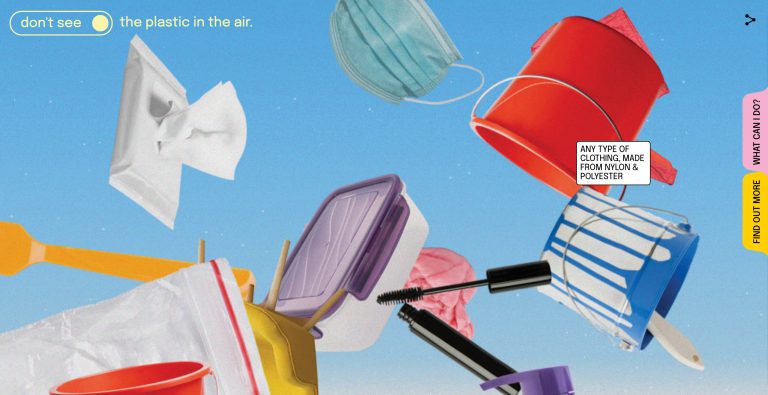 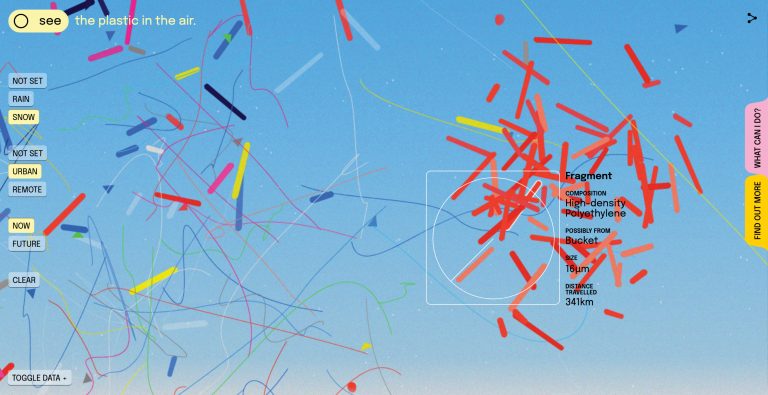 At the right, tabbed calls to action invite visitors to learn about existing research and key steps we can take to reduce our global plastic consumption. We are introduced to concepts like ‘plastic rain’ and reminded of the dangers these particles pose to our health, not to mention their impact on wider ecosystems.

One statement rings loud and clear through the entire experience: that the biggest risk of all lies in what we don’t know. “Due to a lack of awareness and insufficient funding, not nearly enough research exists on microplastics,” notes the team. “It’s hard to feel threatened by something you can’t see. We hope this experiment will help raise awareness for you to use less plastic, for governments to pass the right laws, and for scientists to get the funding they need.”

Plastic Air was created in collaboration with Google Arts & Culture and released to coincide with Earth Day 2021. It is part of “Heartbeat of the Earth,” a series of online experiments by artists that interpret the planet’s data, launched by Google in collaboration with the United Nations Framework Convention on Climate Change (UNFCCC).  Visit the website here. 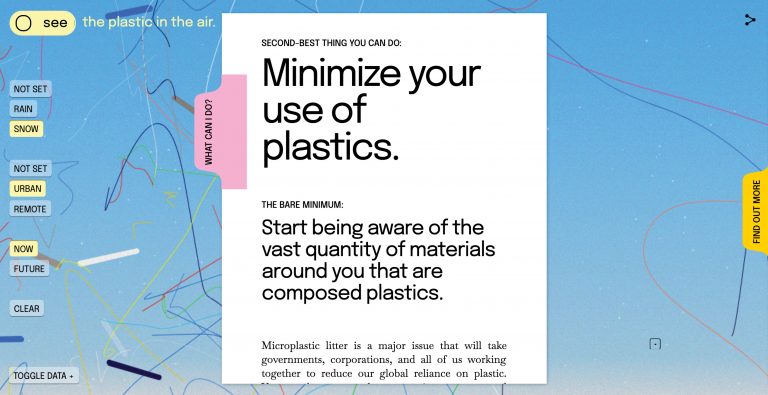 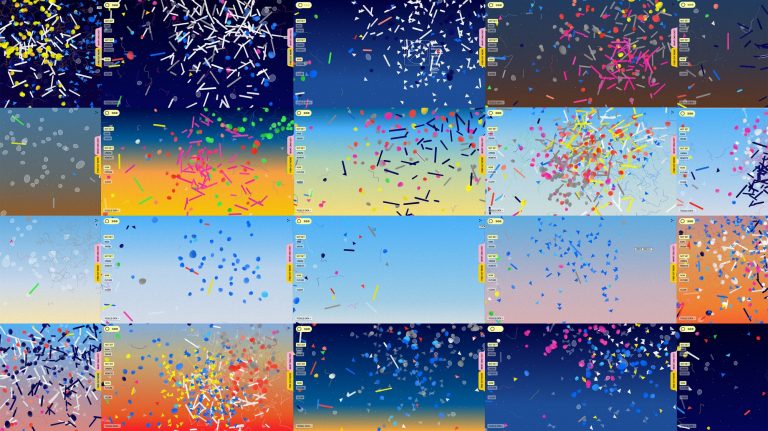