On the face of it, typography may appear to be a simple stylistic tool that we use to communicate with. We rarely question the formations of such devices that are so commonly used in our digital lives.

Type designer Christoph Koeberlin, with his fresh new font Pangea Afrikan, aims to challenge this idea while minimising his impact on the environment. By incorporating cultural and environmental perspectives into his design process, Koeberlin’s typeface is made accessible to underrepresented languages and cultures. Such changes can have a profound impact, if designed well.

The Story of pangea

Initially released in 2020, Pangea was designed after extensive research to offer a more inclusive typeface that could easily adapt to the world’s many writing systems. First built for Cyrillic (including overlooked languages like Kyrgyz or Bashkir), Greek, Latin & Vietnamese, Koeberlin & co quickly added further language extensions for Arabic (Persian, Urdu, Dari as well as Pashto) and Hebrew.

However, the true landmark moment would come in December 2021, with the launch of Pangea Afrikan. By adding Latin African to its toolbox, the font family is now able to support languages such as: Hausa, Yoruba, Igbo, Lingala, Mende, and Umbundu, as well as some indigenous North American languages including Lushootseed and Navajo–the languages of over 430 million people. 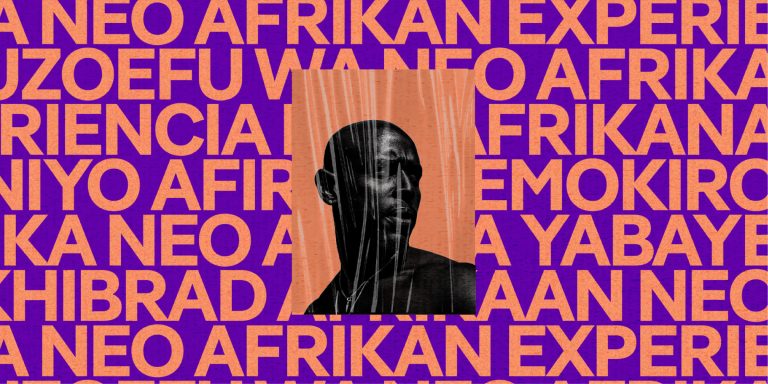 Speaking to AIGA Design, Koeberlin explained why it is so important to promote typographic diversity. ‘In the course of colonisation, the Latin writing system was forced on many African languages, but this often required additional characters. Most Latin fonts do not include these.’ The designer cites all the obvious reasons for this lack of representation , including ‘[market considerations], extra work, lack of documentation’. When economic gain remains at the forefront of such foundries, then suppression of minority languages will continue.

In the course of colonisation, the Latin writing system was forced on many African languages.

Koeberlin’s story also highlights how framing our designs through the lenses of culture and environment can creatively take on a new form, experimenting within a different set of boundaries. Pangea Afrikan breaks from the traditional latin, static, and one-dimensional typeface, with variable font sizes and weights for each. With the help of local designers and researchers, Koeberlin has created a versatile typeface ideal for various forms including titles, body text, long paragraphs for books or magazines and websites. Most notably, Pangea passes the ‘1-i-l’ test so readers can distinguish between the different glyphs (a single representation of a character). 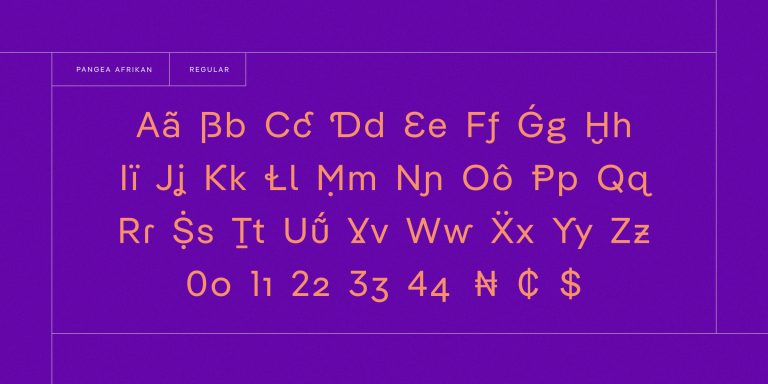 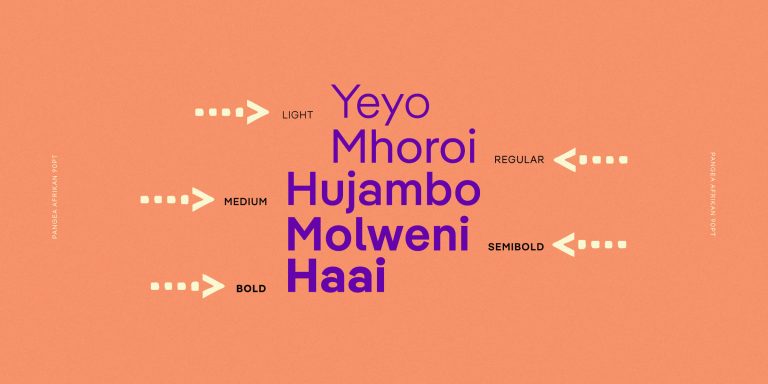 The name Pangea further reinforces the notion of inclusivity.  It refers to the supercontinent in the late Paleozoic & Mesozoic times, the mother continent which once united all of the earth’s crust. Designer Koeberlin sees Pangea Afrikan as the “mothership” that could strengthen our ties once again by connecting cultures, as it continues to expand and include further languages, with a current total of 360 languages. For Pangea Afrikan to be truly accessible, Koeberlin maintains that it will be permanently free of charge and included in the Standard License with Fontwerk, which can be used for print, web, app & e-books.

Since the initial release of Pangea, Koeberlin has pledged to donate 25% of royalties to sustainable reforestation projects. In January 2021, the designer made his first donation. So far, Pangea’s royalties have helped to plant 75,000 trees, offsetting at least 2,600 tonnes of CO2 through international organisations like  Green Belt Movement, Trees for the Future & Fairventures.

What is most exciting about this project is their determination to keep expanding both their donations and their character sets. Right now, Koeberlin & co. are looking to add further language extensions. ‘Together with local designers, additional Non-Latin alphabets such as N’Ko or Ge’ez are in the works’.