On war, peace and the architecture of belongingMarwa Al-Sabouni to speak at WDCD Live Amsterdam 2022

Can the design of a city help maintain its peace? And if it has been destroyed, what does it mean to rebuild a sense of safety, belonging, or beauty? These are questions that fuel the work of Dr. Marwa Al-Sabouni, an award-winning architect, author and international speaker from Syria. Thanks to the Prins Claus Fonds, she will join us at WDCD Live Amsterdam 2022 to share her firsthand account of how the spaces we inhabit can reflect—and even transform—the values we hold.

As an expert of Islamic architecture and a native of the city of Homs, Marwa’s practice is deeply rooted in the social, spiritual and political history of Syria. Her first book, The Battle for Home (2016), is an unflinching memoir which draws on her personal experience of living and working in Syria during the civil war. In it, she makes the profound observation that architecture is neither merely functional nor aesthetic, but in fact ‘plays a key role in whether a community crumbles or comes together.’

‘Architecture in my country has played an important role in creating, directing and amplifying conflict,’ she explained later in a TED talk, which has since been viewed over a million times. While many reasons led to the Syrian war, she suggests that the rise of divisive urbanism facilitated the breakdown of its once tolerant and multicultural society. ‘As the shape of the built environment changed, so the lifestyles and sense of belonging of the communities also started changing. From a register of togetherness, architecture became a way of differentiation, and communities started drifting apart from the very fabric that used to unite them.’

Filled to the brim with thoughtful insights and examples, The Battle for Home was eventually chosen by the Guardian as one of best architectural books of 2016. Marwa herself has since received various accolades, with some calling her a top contender for the Pritzker Prize in 2018. 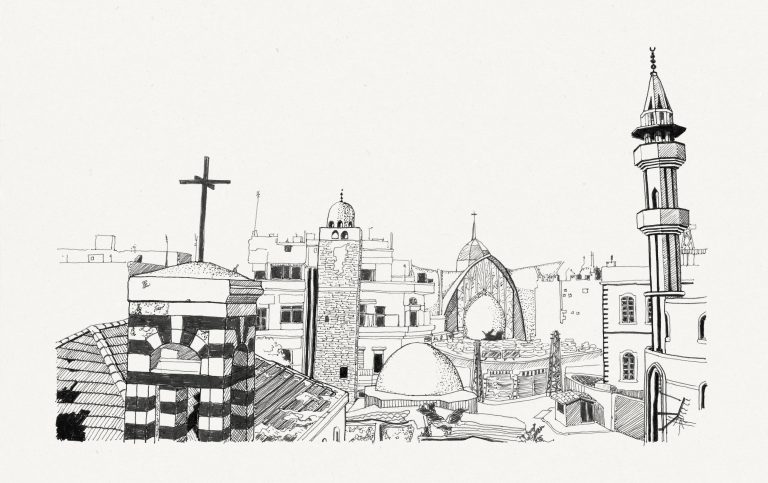 Today Marwa runs a private studio with her partner in Homs, where she also founded Arch-news, the world’s first and only website dedicated to architectural news in Arabic. Last year she even found time to release her much-anticipated second book, Building for Hope, which was published by Thames & Hudson.

Through fierce words and delicate illustrations, Marwa delivers a compelling treatise on how cities and buildings all over the world—whether they are scarred by conflict, blight, or pandemic—can be healed through design and urban mindfulness. Each chapter is organised around one of five ‘principal fears’ that run deep in all societies—the fear of death, of need, of treachery, of loneliness, and of boredom. To explore them, Marwa turns her keen eye on various cities like Helsinki and Beirut, making connections between the lives of people and the design of their houses, streets, parks, schools and markets. ‘All the threads of human settlement meet at the crossroads of architecture,’ she writes. ‘Political and economic forces are embodied in our buildings, and they can be both advanced and held back by architectural forms.’ 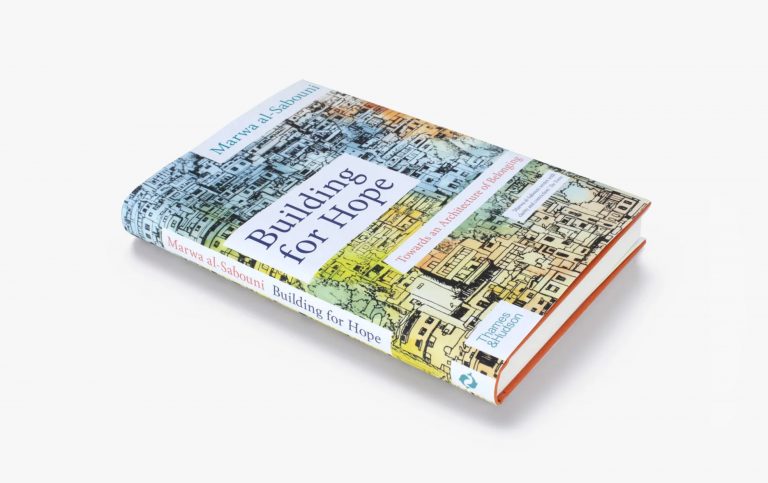 Running all through the book is an urgent and critique of modernity—or at least, the version of it that is celebrated in the West. For Marwa, Europe’s gleaming cities with identical apartments, urban zoning, glass towers and concrete blocks are often misguided and sometimes dangerous. Amid her hopeful calls to action, she sounds a clear warning to all who seek to emulate them. ‘I see neither prosperity nor grandeur in Europe. What I see frightens me and makes my heart sink, because it looks like the other side of the mirror—it looks like the future that awaits us in the reconstruction of Syria.’

So what does an ideal city look—or feel— like? Marwa firmly believes that the key lies in nurturing a collective sense of abundance, familiarity, safety, and accomplishment. We should see it as an invitation, she says, to move away from architecture that relies on replication, towards one that is designed for belonging. In this way, we might once again imagine our cities as places that are responsive to ‘the local identity, to the local context of climate and materials, and, most importantly, to local social patterns.’

Want to catch Marwa Al-Sabouni on stage at WDCD Live Amsterdam 2022? Click here to learn more about the festival and visit our ticket shop.

All images courtesy of Marwa Al-Sabouni.