‘No doubt that we need design to solve mankind’s problems’WDCD Live Amsterdam 2017 marked the kick-off for a two-year exploration of the topic of climate action.

The man in yellow has turned red. What Design Can Do’s founder and creative director Richard van der Laken changed his traditional yellow suit for a brand new red one to mark a new step in WDCD’s evolution. With a single topic, a new setup in the theatre hall, and double series of activation sessions WDCD Live Amsterdam 2017 was more effervescent than ever before.

WDCD Live Amsterdam 2017 marked the kick-off for a two-year exploration of the topic of climate action. Without pretending that design can solve the climate change problems on its own, WDCD’s creative director Richard van der Laken stated that ‘it is important to involve the creative industries in policy making’ when it comes to finding solutions.

In a new hollow square setup of the theatre hall the distinguished design critic Alice Rawsthorn, a contributor to the International New York Times, introduced the audience of some 800 attendants to the role design can play in coping with the compelling issue of climate change. 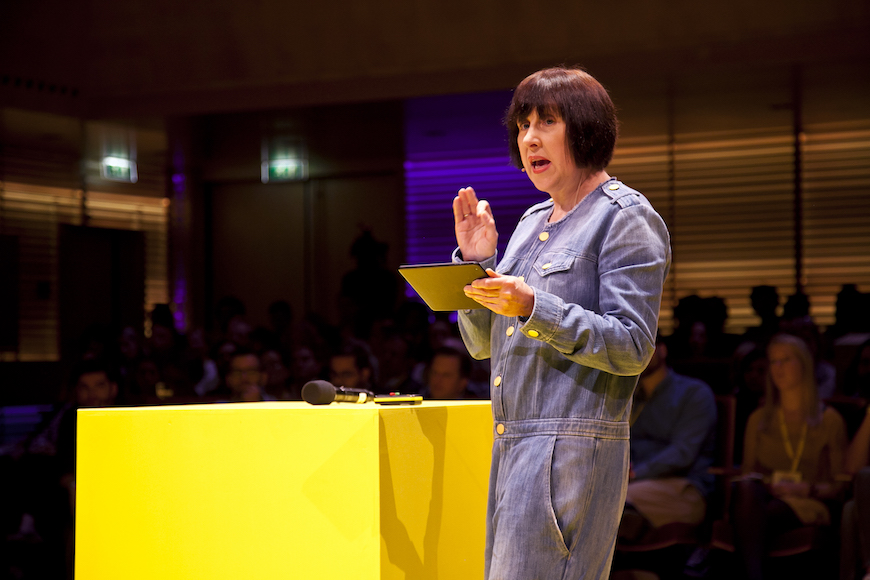 A shift in perception

‘There is absolutely no doubt that we need design to address the huge problems mankind is facing,’ Rawsthorn said. This requires, however, a shift in the general perception of design, she added. Because, as long as design is only seen as a provider of luxury products, people will not believe in the resolving power of design. ‘We have to be critical to win the public’s confidence,’ Rawsthorn said, ‘but it should be constructive criticism.’

In the meantime, there is a lot to be optimistic about, Rawsthorn said. The digital revolution has made crowd sourcing, crowd manufacturing and online sales possible and helps to raise awareness for the potential of design. Companies turn to sustainable production, also because they want to attract the brightest talent available and we see a growing number of ethical investment funds.

Rawsthorn mentioned The Ocean Cleanup, Wecyclers, and Nike Flyknit amongs others as examples of design projects that contribute to solving environmental issues and that help change the perception of design. Individually they may have limited impact on the climate change issue in general, but many small projects add to a collective impact, she concluded.

In reaction to a first intervention by the WDCD Climate Council, a board of varying experts with the privilege to intervene and ask questions at any moment, Rawsthorn said that the more examples we have of design projects that address social issues, the more the public will understand the power of design. 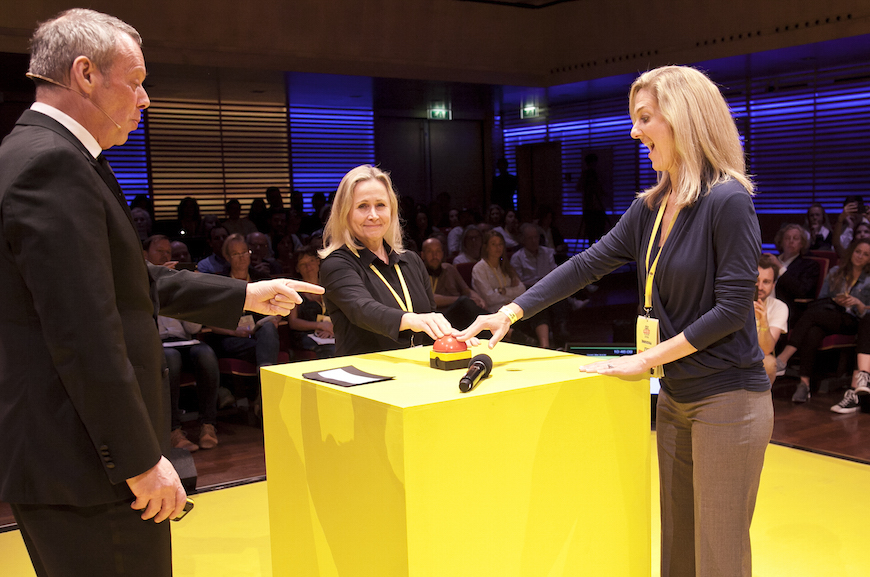 Collecting as many ideas as possible to combat climate change is exactly the goal of the WDCD Climate Action Challenge that was launched next by challenge leader Dagan Cohen who unveiled the promotion video for the challenge. The challenge calls for game-changing ideas that help people across the globe to adapt to the effects of climate change. Representing the challenge partners both Elizabeth McKeon of IKEA Foundation and Paige Rodgers of Autodesk Foundation stressed their belief in the role of design to help tackle the problems that especially the poorest on earth face as a consequence of climate change. 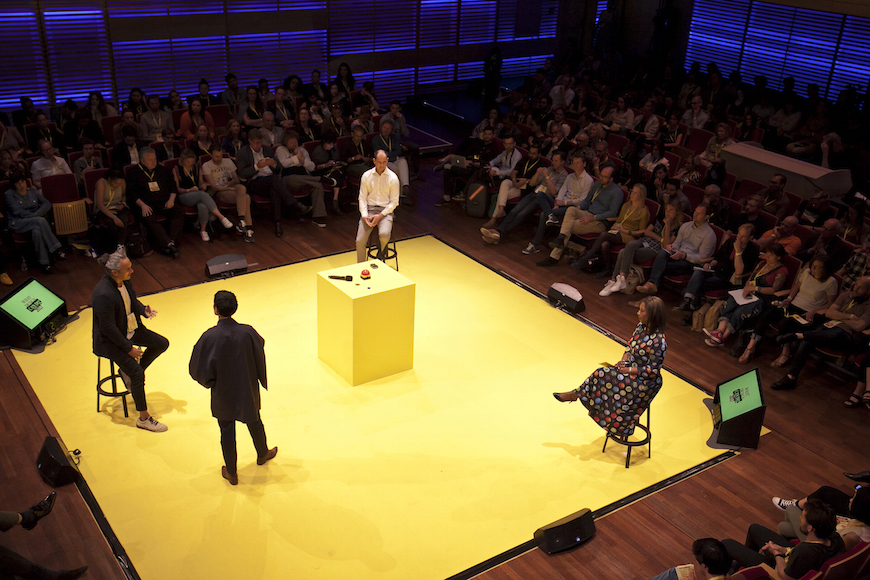 The morning session was closed off with another innovation on the WDCD stage: a plenary discussion preluded by short introductions of participating speakers. In this case communication designer Fred Gelli, journalist and designer Bisi Williams and publisher Toby Heaps discussed the role of the media in activating people to change their behaviour in the light of climate change.

Brazilian biomimicry advocate Fred Gelli looked at nature to answer the question. With shock images of disastrous futures having failed so far, Gelli asked how nature designs communication. In nature, he argued, it’s all about allurement and creating desire. ‘So instead of shock imagery, we do better to create promising ecological services and products that create desire,’ he said. ‘Eco-boring has to become eco-sexy.’

‘Compete with beauty,’ was also one of the advises of Bisi Williams, who founded the Massive Change Network together with her husband Bruce Mau. Williams argued that all our current problems are the result of the successes of mankind. ‘Had we failed more, we would now be with just 1 billion people on the planet,’ she said. She stated that nowadays everybody is a media outlet and that design can help to explore, define and articulate our narratives. Design can help these narratives to break through the noise and keep them fresh through constant change.

Toby Heaps, founder of Corporate Knights, pleaded for full disclosure of the impact companies and organizations have. ‘Why don’t you have a sign at every gas station mentioning that car fuel is harming the environment?’ he asked. He argued that climate deniers likewise should be branded by a line like: ‘This person is sponsored by Exxon.’

We have to hold companies, investment funds and pension funds accountable for their impact on the climate, he added. 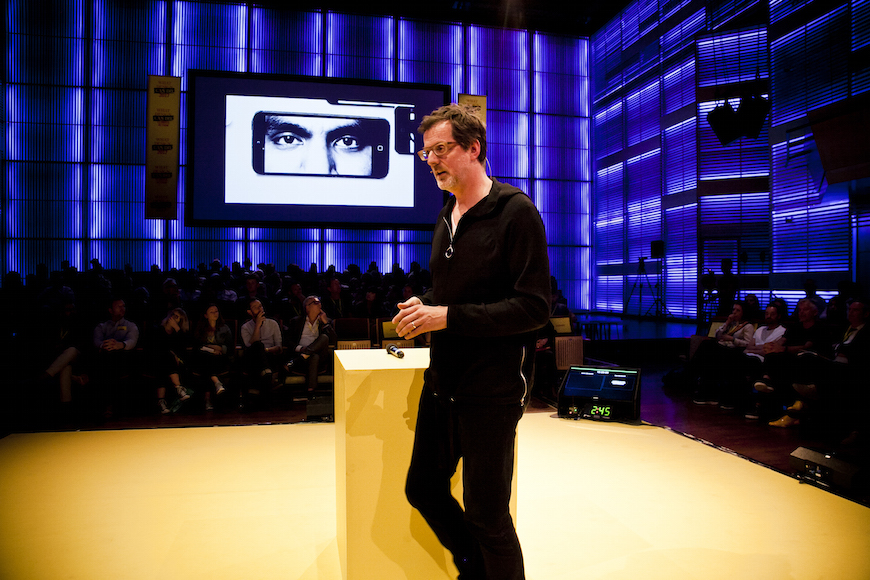 In the afternoon session, British graphic designer Harry Pearce, partner at Pentagram, talked about his long-time involvement with Witness, the NGO founded by pop musician Peter Gabriel aiming at providing people with the means to record and then bring to court human rights infringements. In 25 years Witness has reached 60 million people, trained 6,000 civic journalists, and gathered 100,000 supporters in 97 countries. The organization thus contributed to the conviction of Thomas Lubanga by the International Criminal Court in The Hague.

The injustice to record and prosecute can include environmental destruction too, as the project All Eyes on the Amazon proves. This project, funded by the Dutch National Postcode Lottery’s Dream Fund, is a collaboration of 11 NGOs aimed at providing indigenous people of the Amazon with the equipment to record illegal logging. 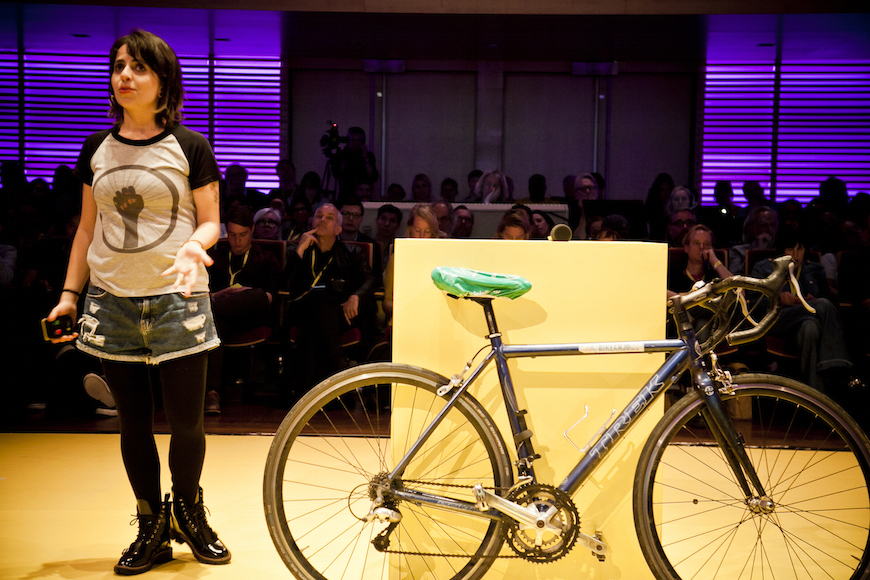 Next, Brazilian activist Aline Cavalcante impressed the audience with her fight to reclaim the city of São Paulo from the car owners in favour of bicyclists and pedestrians. Elaborating on the actions het organization oGangorra deployed and the successes achieved, she showed her emotions on ascertaining that she was doing all this for her little child but now had to cope with a new mayor who is undoing a lot of the earlier achievements.

Cavalcante’s moving story prompted former mayor of Mexico City, Marcelo Ebrard, who was in the afternoon’s WDCD Climate Council, to invite the young activist to present her case at a next gathering of mayors at the United Nations. 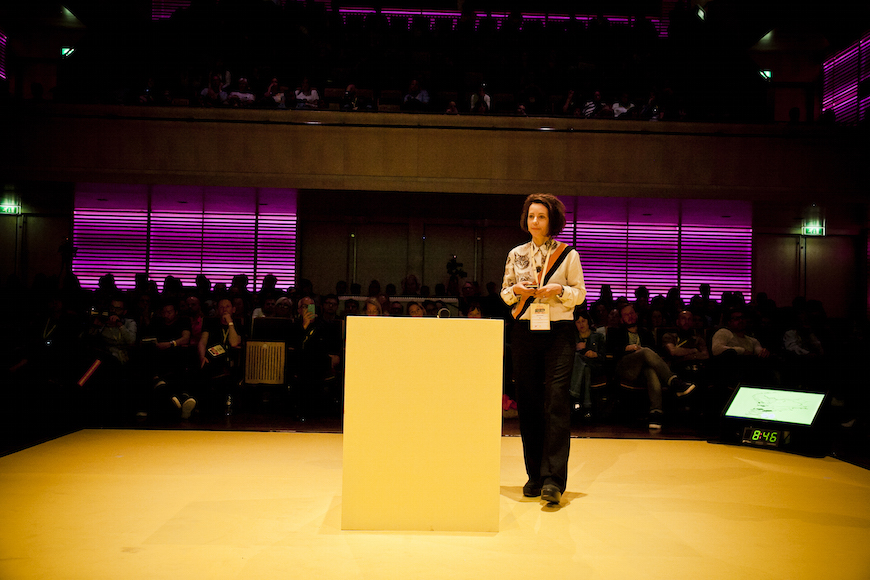 In line with the Climate Action Challenge’s goal to collect ideas to adapt to climate change, architect Elma van Boxel, co-founder of Rotterdam-based architectural firm ZUS [Zones Urbaines Sensibles], presented their Delta 3000 vision. This plan, advocating the construction of a dune metropolis behind the current coastal dunes, is meant as an answer to long-term changing conditions due to climate change.

With more modest winters and warmer and wetter summers in northern Europe opposed to more extreme heat and draught in the south, tourism is expected to shift to the north. Meanwhile, a rising sea level is threatening low countries like The Netherlands. Construction of an extensive built on dune landscape will work with instead of against the changing climatic forces. The plan will require the deposit of 22 billion cubic meters of sand, which is quite doable according to Van Boxel. It will result in a nice landscape that also will function as a retainer of 6 billion cubic meters of drinking water.

To close the day, Marcus Engman, head of IKEA’s design department, introduced the audience to the principles of Democratic Design, along which IKEA develops 2,000 new products every year on a total product range of 10,000. Engman illustrated the responsibility his product development teams have by mentioning that IKEA together with it’s 1,000 suppliers produce 3,8 billion things every year. In such amounts every decision on materials and production methods has huge impact.

Democratic Design is based on five pillars, Engman told: Form, function, quality, sustainability and price. He illustrated this with the 365+ water carafe that has a wider neck so that ice cubes can be inserted and the carafe can be machine-washed. It is made of glass and has a cork stop, both materials that last, but can be recycled too. Last but not least, the price is just 3,49 euros. Price is a core element of Democratic Design, Engman explained, because IKEA’s aim is not to be cheap, but to reach the majority of the people with affordable design. ‘If you want to change the world, you need reach,’ he added. 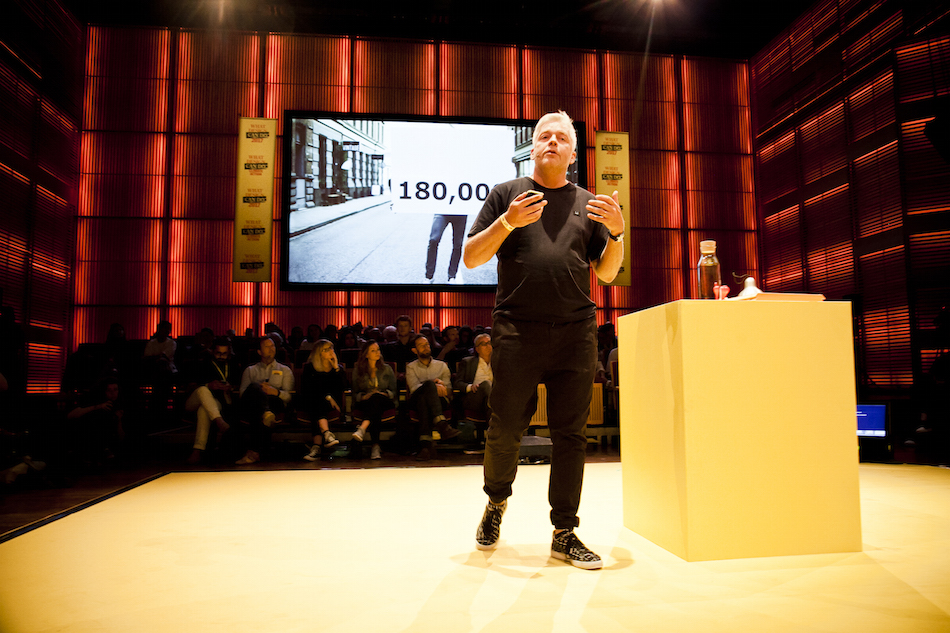 LED lamps for all

To illustrate this claim, Engman told about IKEA’s quest to produce an energy saving LED lamp for under 1 euro. With that task completed, formerly expensive LED lamps are now available for the many, which can have immense impact on energy consumption.

Questioned by WDCD Climate Council member Mariano Alesandro whether we really need all these 3,8 billion products that IKEA sells in a year, Engman replied that the company’s aim is not to sell more stuff to the same people. Instead the aim is to solve the everyday problems of ever more new clients with better products for an affordable price.

All photos by Leo Veger