Naresh Ramchandani has a way with words. As a young copywriter, he entered the advertising industry in 1990 and almost immediately racked up an impressive repertoire of award-winning campaigns. His second-ever TV commercial, a spot for Maxell cassette tapes, was named the Best Ad in the World at Cannes. Over the next ten years, he established two agencies of his own; St. Luke’s in 1995 and Karmarama in 2000.

Today, Naresh is creative director and partner at design giant Pentagram, with a long list of other writing and producing credits to his name. Through it all, he wields his pen with purpose, building a career on what he calls “communications for the greater good.” In 2007, Naresh decided to harness the persuasive power of design to help protect the planet, and co-founded Do The Green Thing, an environmental non-profit that uses playful and provocative means to reduce waste and encourage people to live greener lives. Last week, we caught up with Naresh over email for a conversation about his most recent campaigns, the power of creativity, and what it takes to give sustainable behaviour a fighting chance.

Naresh Ramchandani, a poster campaign by Do The Green Thing (2017).

First of all, how are you doing in lockdown?
What does a typical work day look like for you right now?

I’m doing OK, and the team’s doing OK, thanks for asking. We adapted pretty quickly to working from home, and even though it’s not ideal, we’re determined to focus on what’s working well and to stay positive about it. It’s good not to commute, it’s nice to have lunch with my family, it’s good that we’ve found a more flexible and accessible version of a workplace, and it’s great that we can work with people all over the world without the expectation to fly. Zoom is the best airline we’ve never had.

We last saw you on the WDCD stage back in 2017. What have you been working on since then? Can you tell us about a recent project you’re proud of?

I’m proud of everything we do. If I had to pick out one project, I’ll go for Do The Green Thing’s Man Made Disaster campaign, where we published a piece on International Women’s Day 2019 about the ways that the Patriarchy harms the climate and then invited women and non-binary artists to respond. The in-person and digital exhibition that came together was such a wonderful and moving body of work. It’s tough to break down a climate-harmful structure like the Patriarchy, but that shouldn’t stop us trying. 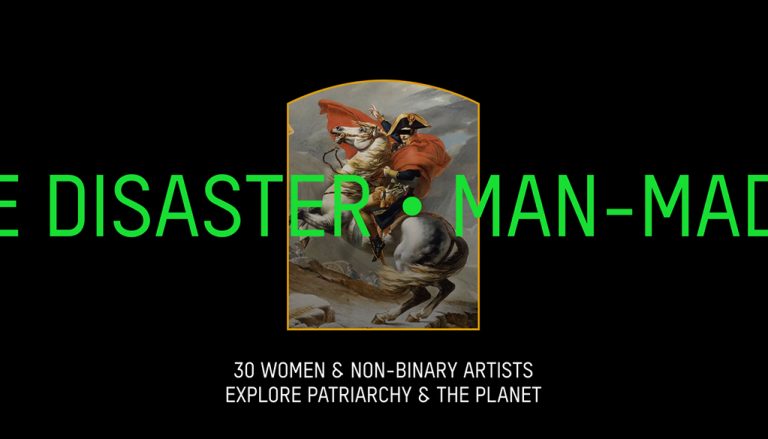 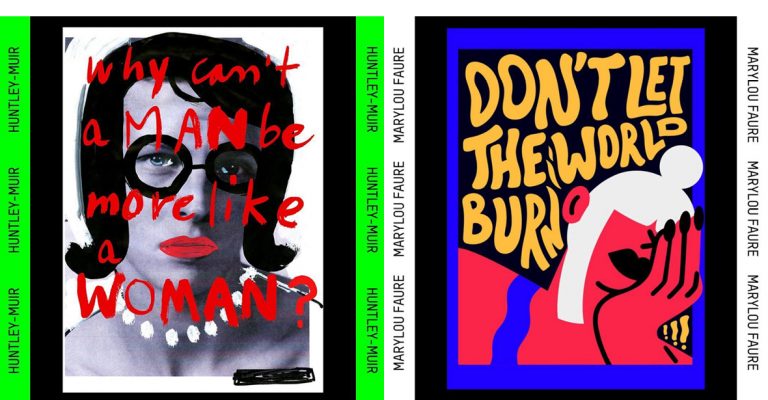 Your work often deals with some big issues, like the climate crisis. How did you first become aware of the environmental impact of your practice?

If a new generation’s got Greta Thunberg, then my generation had Al Gore. His vivid translation of climate science into An Inconvenient Truth was a wake up call not only to me but to many of my friends and colleagues. That was 2006, the same year as The Stern Review was published in the UK, and the same year that climate change became big news across the world. One year later we launched Do The Green Thing, and fifteen years later here we are. Climate change has been the most challenging brief I’ve ever worked on and resulted in the work I’ve been most proud of—and I hope the best is yet to come.

“Climate change has been the most challenging brief I’ve ever worked on and resulted in the work I’ve been most proud of.”

How do you see the relationship between design and waste?

I feel that design has been in the service of so many other ideas for so long that it’s not easy to adapt to another one. Designers have been trained to deliver functionality, aesthetics, value and novelty. When those are your objectives, waste is an acceptable by-product. But of course waste is not acceptable because the world is running out of resources. We need to hold the objectives of the brief and the objectives of the world in our minds simultaneously, and use our imagination to design for both.

What role do you think the creative industries can play in coming up with solutions?

Can you tell us a little bit more about Ungifted?

We first created Ungifted five years ago to fight all the wasteful Secret Santa gifts given at Christmas in the workplace. Who needs another mug, another photo frame, another scented candle? No one really, but thoughtless gifts are still given in huge quantities and they’re almost all destined for landfill. Ungifted is a platform that allows you to give your colleagues imaginative, low-carbon surprises instead, like a Spotify playlist, or an online movie recommendation, or an origami tutorial. And in 2020, we created a new set of gifts that could all be gifted from afar, helping teams who work from home to have a much-needed collective Christmas experience. 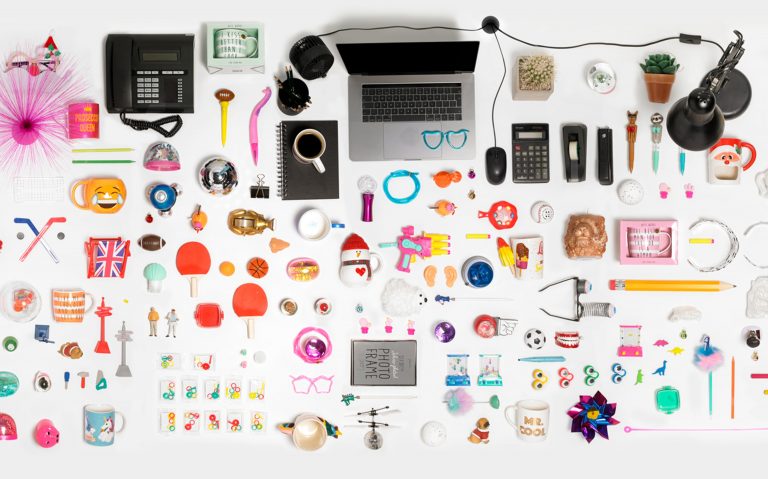 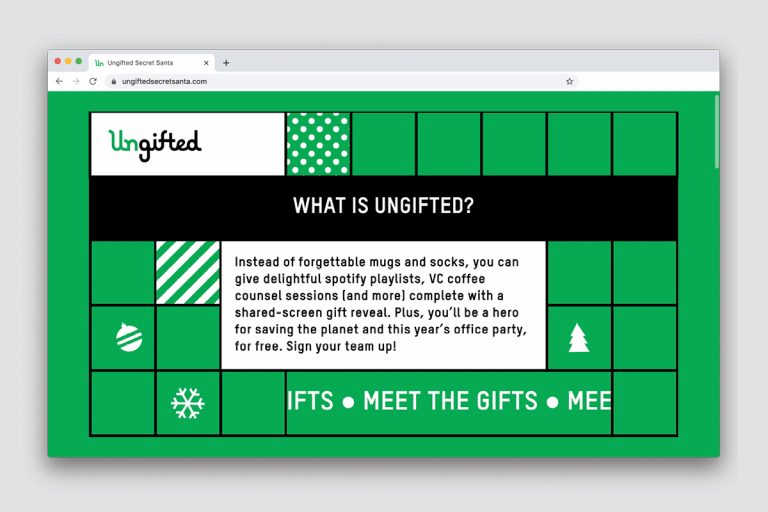 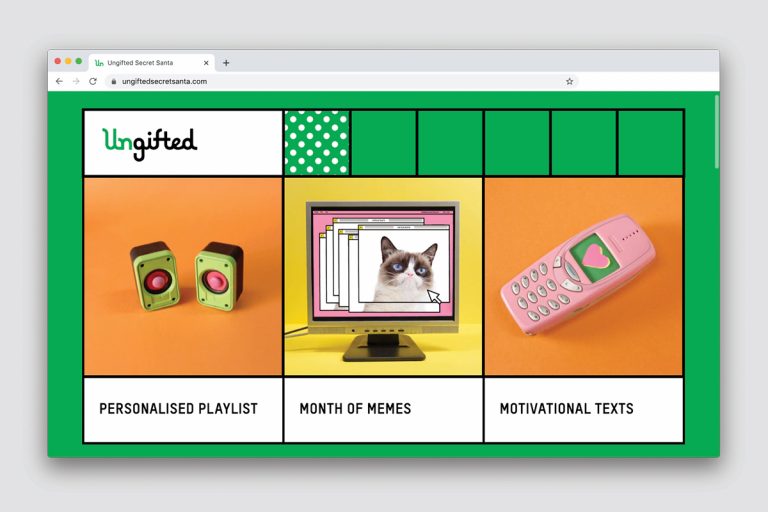 What advice would you give young creativeS about working with an issue like waste?

I’m not sure this is a piece of advice, but there’s an instinct we have on Ungifted that may be helpful. We’ve been developing and improving it for five years now, and each time we improve it, it’s always with the same thing in mind: to make it as easy to give someone an imaginative surprise as it is to give a wasteful gift. That’s why we’ve tried to build an experience where you can pick and pledge a gift as easily as one-click ordering on Amazon. We’re not there yet, but when we make it just as easy to not waste as it is to waste, that’s when we have a chance.

Lastly, ARE THERE ANY upcoming projects we can look forward to?

We’ve released a new Do The Green Thing issue all about the intersection of race and the climate. Featuring a really sharp opinion piece by Minnie Rahman, a beautiful illustration by Shyama Golden and a terrific identity by Gideon Cudjoe, it’s called The Colour of The Climate Crisis, and it outlines the fact that we don’t all have the same climate crisis, and explains why. Just like Man Made Disaster, we’re reaching out to artists to respond, and we’ll be exhibiting at some point in the summer. I think it’s going to be great. 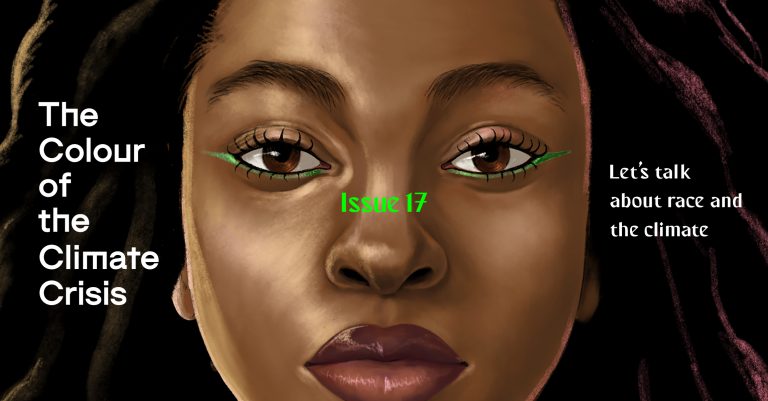 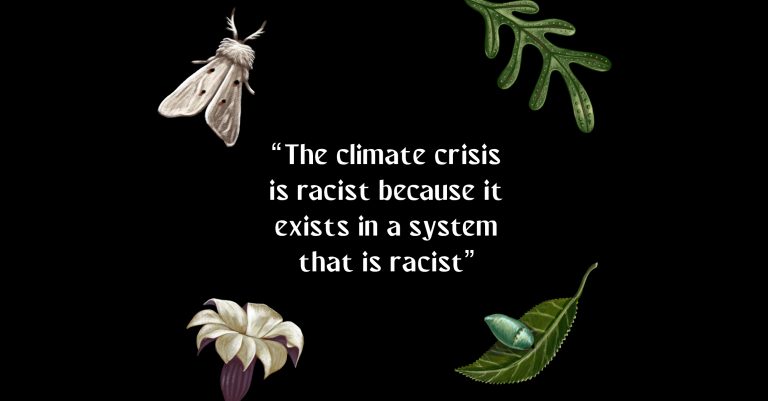 The Colour of the Climate Crisis, illustrations by Shyama Golden (2021).

Follow Naresh’s work at: dothegreenthing.com or ungiftedsecretsanta.com
To read more on the topic of design and waste, follow the What Design Can Do No Waste Challenge.