Motherhood, gender equity and board games. All of these things are more related than you think. But to explain that, I’ll need to tell you a story first.

Marina and I had been good friends for a while. We had our first kids in the same year and then got divorced from our husbands five years later. Such coincidences meant that we shared the pains and joys of being solo mothers.

Early on, we noticed that our children’s toys were full of stereotypes. Whenever people were featured, they were usually slim, young and white (which is crazy considering that in Brazil, most people are not). Long hair and pink skirts for girls and short hair and blue shorts for boys. Families were always composed of one mother, one father and a couple of kids. Real life was never represented graphically.

When it came to board games, we found that things weren’t any better. Risk, Monopoly and Life have long dominated the market here in Brazil. And what mechanisms are these games based on? War, capitalism, exploitation and the maintenance of a status quo. In this world, it is natural to act in a colonial, violent, chauvinistic and exclusionary way.

‘Our children’s toys were full of stereotypes.
Long hair and pink skirts for girls and short hair and blue shorts for boys.’

Far from being trivial, these references can have a powerful influence on kids. After all, this is how we educate them, isn’t it? The stories we absorb when we are children will build the adults that we become.

And so there we were: Our kids were growing up and we were trying to raise them based on principles like gender equity, antiracism, respect and awareness of social diversity. That’s when we realised how the playful moments in family were excellent chances to bring up these subjects in a joyful way.

GAMES AS A TOOL FOR CULTURAL CHANGE

Following this, we did some research into childhood education and found some recent studies in neuroscience that strongly recommended the use of games to improve the brain’s neuroplasticity. It seems that playing and strategising can increase the brain’s capacity to retain information and also activate feel-good hormones. That confirmed our idea that board games could be a useful tool for kids to learn while having fun.

This is why we founded \uia/: we believe in the power of games as a tool for cultural change. We bring new designs and stories to help build a society with more equity, representation, inclusion and respect for diversity.

Duelo (Duel, in English) was our first game and it’s designed to help young people question gender roles. It’s a debate game: there are 40 character cards and 25 task cards. During each round, players win points by presenting the best argument to explain why their character would complete the task at hand better. 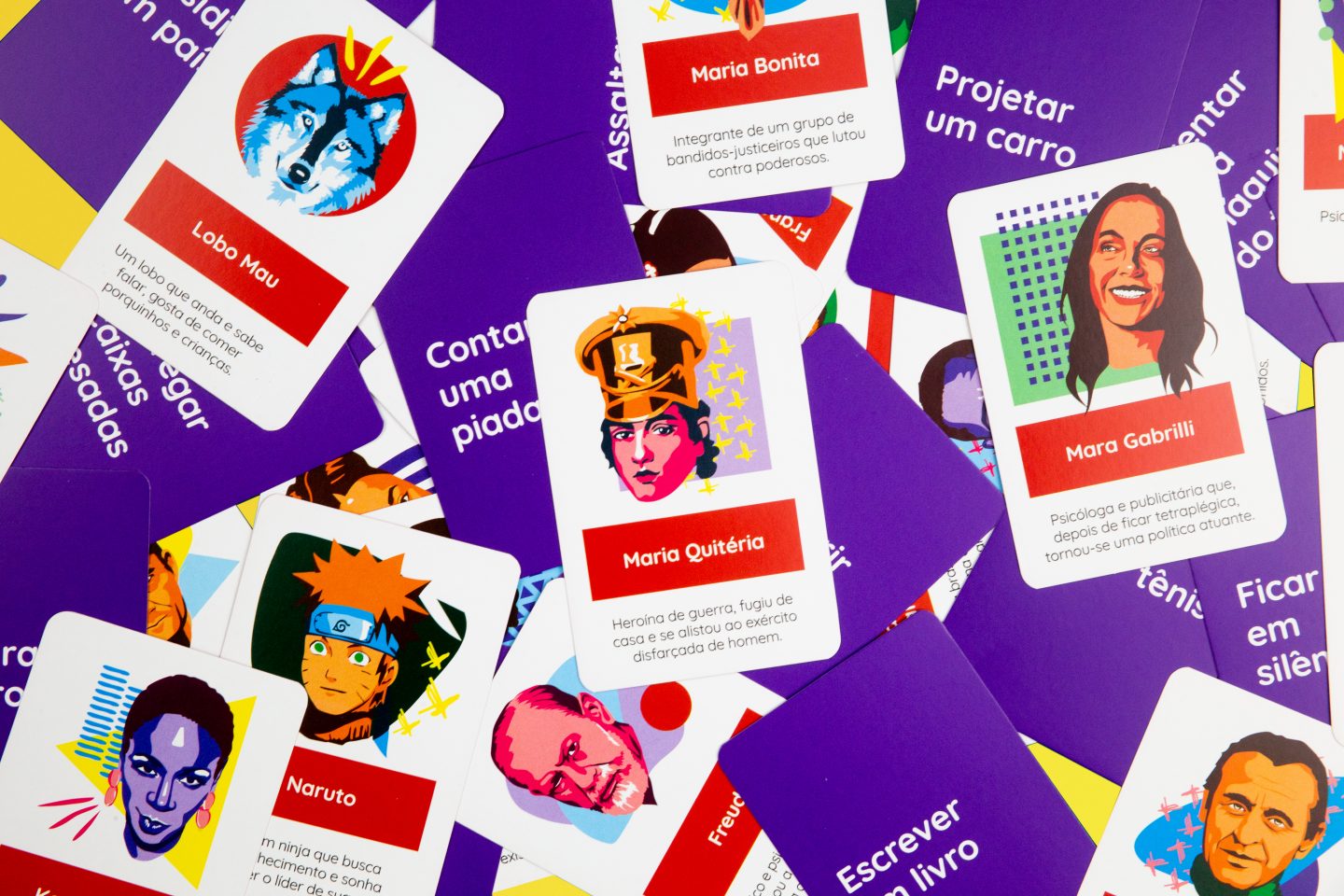 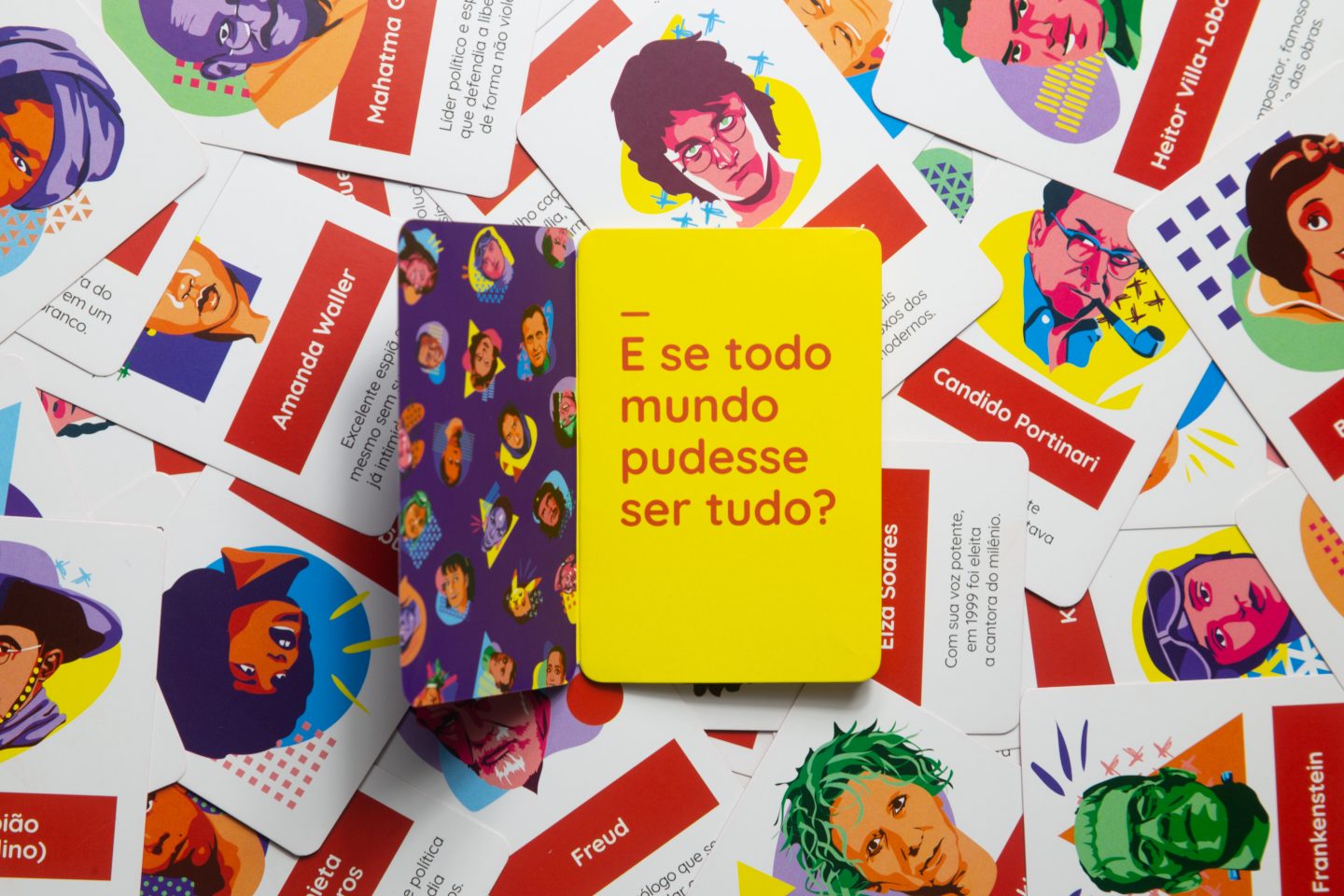 The idea is to show that in order to have a skill or do something well, the gender, sexuality, race and body types are often not relevant. The game also features important personalities in the history of feminism and antiracism: Marta, Paulo Freire, Angela Davis, Zumbi dos Palmares, Mandela, and Ada Lovelace among others.

The game doesn’t only provide good laughs but also suggests an empathy exercise and a debate practice. As of today, it has been used in schools in Brazil to explore subjects like Portuguese, Arts and History.

Our second game, 7famílias (7families, in English) is based on a public domain card game that has been redesigned to bring more representation of non-traditional family compositions, black and Indigenous people, people with special needs, and LGBTQIA+ communities. The design process was collaborative: we invited seven very diverse illustrators from different parts of the country, who came from a variety of backgrounds and contributed their talents to make this game a true work of art.

This card game, which was crowdfunded in 2021 by more than 300 people within 30 days, aims to celebrate a diversity of gender identities, body shapes and family compositions. It also wants to support the understanding that the society is composed of people from different racial and ethnic groups and that those are the people who actually make the Brazilian nation the way it is. 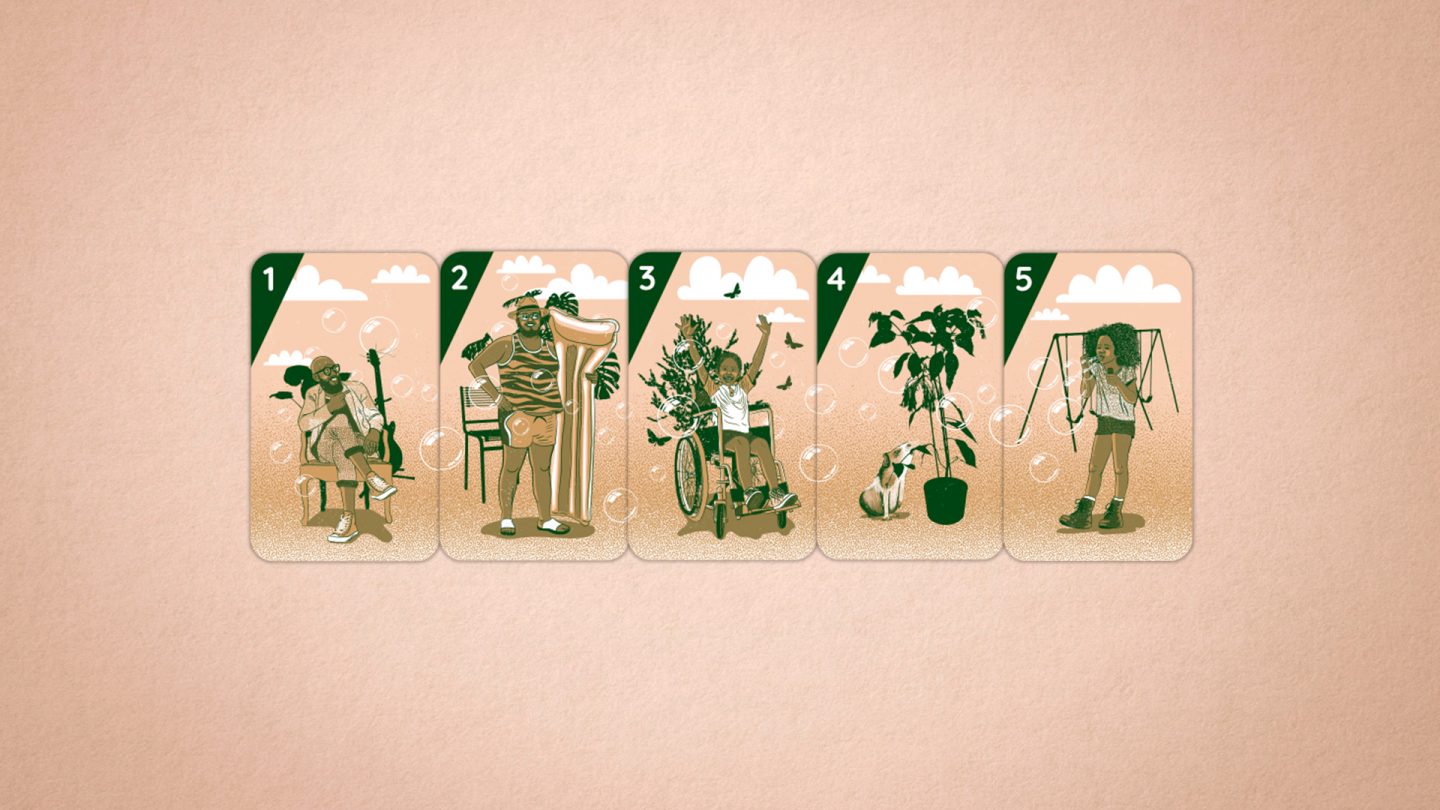 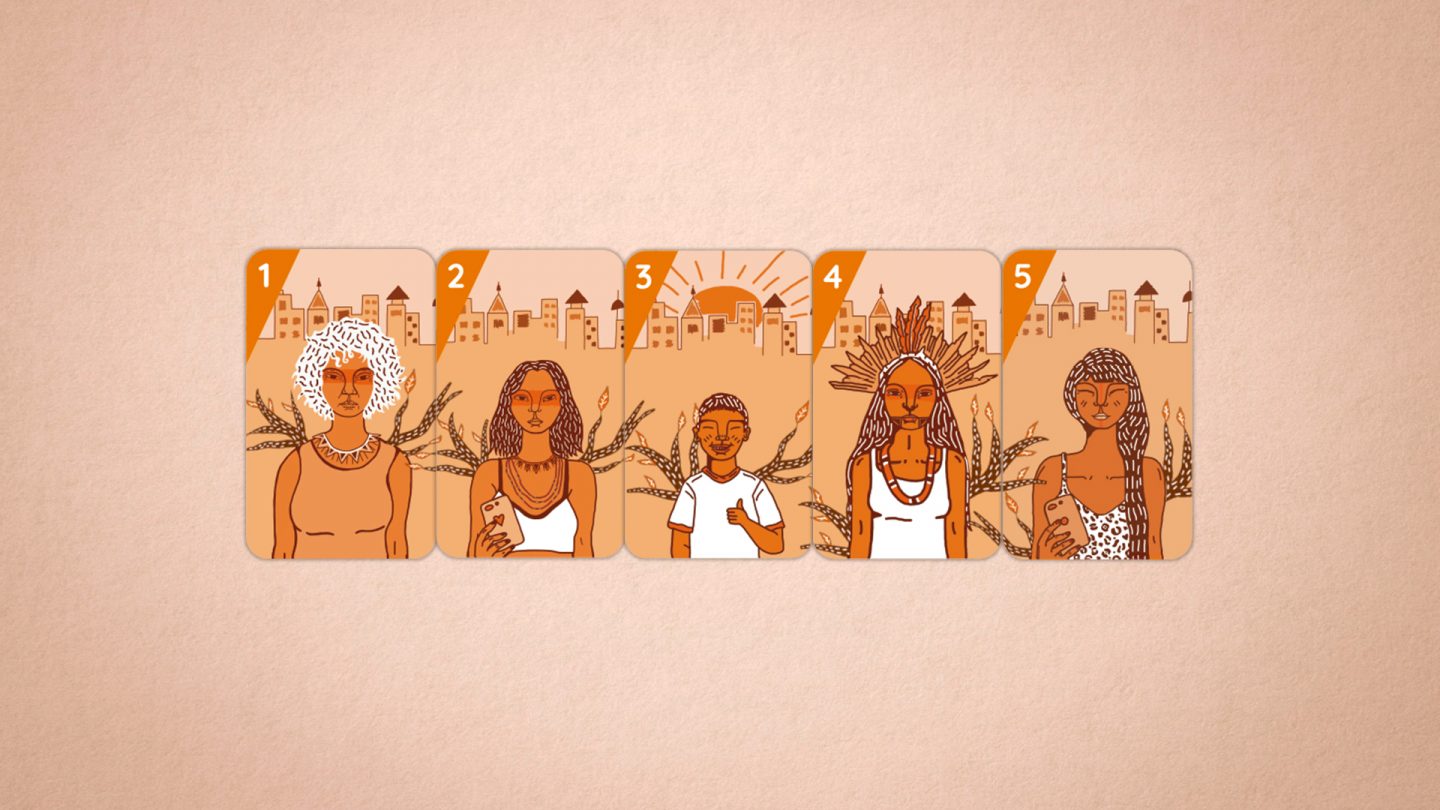 These games have now been played by local children, teenagers and adults but we still have many ideas we would like to develop in order to build a world which is inclusive, sustainable, and safe for everyone. One of the projects we’re currently working on is a game that rescues the history and the importance of preserving Brazilian native languages.

Only after our first games were ready and were being sold to families, did we realise that they were  also being played and recommended by school teachers, instructors and directors. That’s when we found out that \uia/ is also aligned with the Sustainable Development Goals set up by the United Nations in the goal 4.7. How wonderful is that?

Through our playful tools, kids and teenagers have the opportunity not only to learn but also to perform sustainable lifestyles, exercise human rights, think about gender equity, explore active citizenship and appreciate cultural diversity.

‘One of the projects we’re currently working on is a game that rescues
the history and the importance of preserving Brazilian native languages.’ 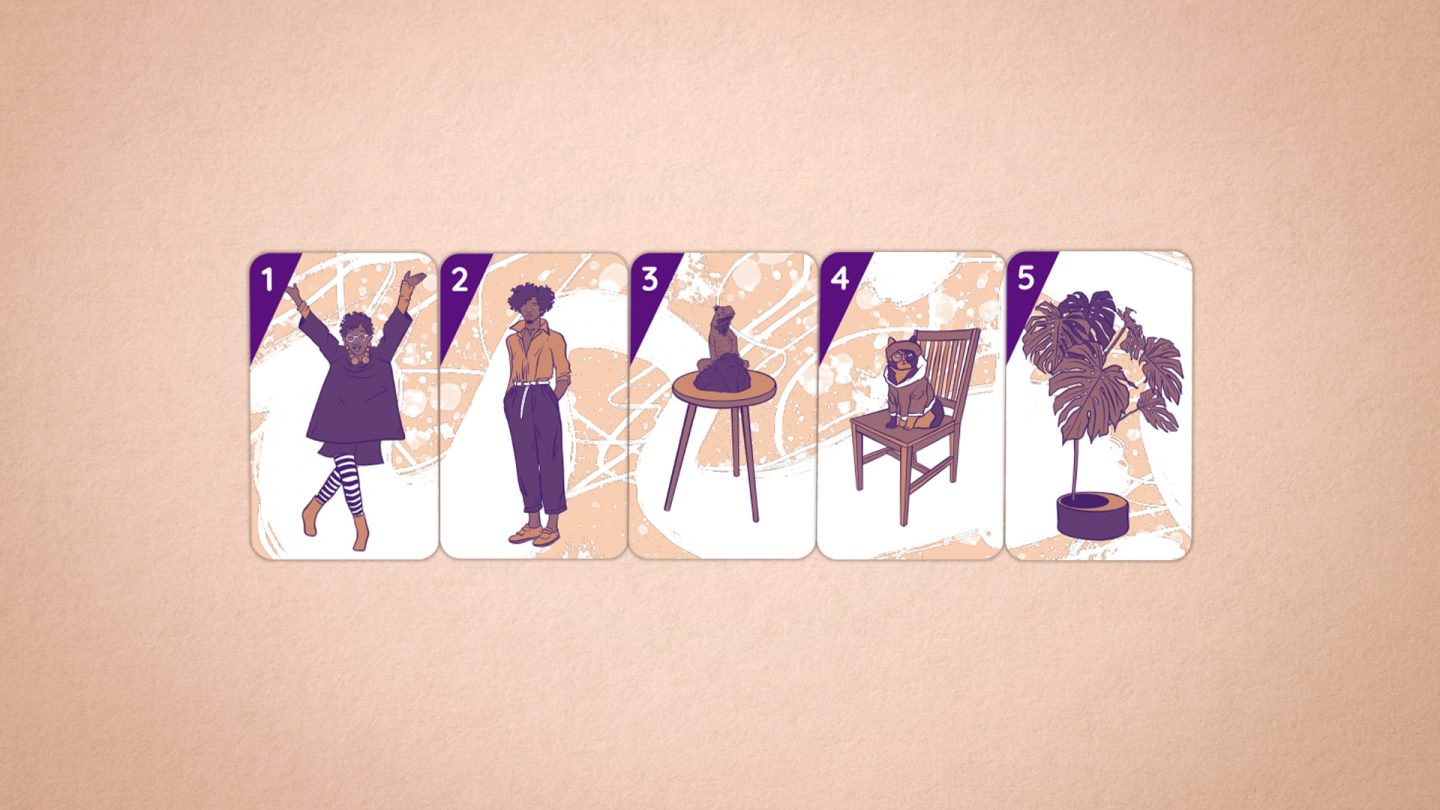 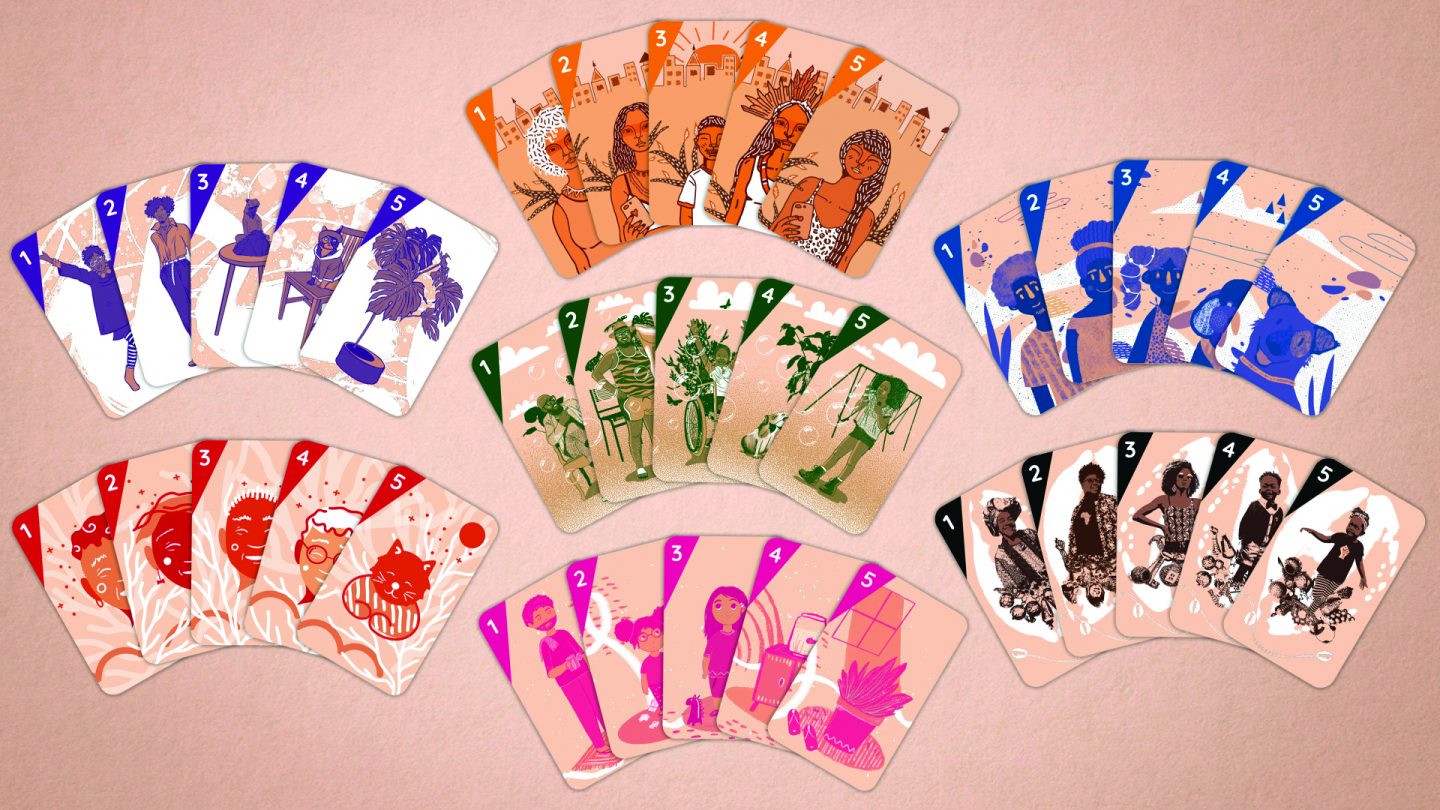 PUTTING WOMEN AT THE CENTRE

Now let’s talk about what we do as an enterprise. In a lot of ways, this subject is also related to gender and design: since we founded \uia/ we’ve seen the importance of having women at the centre of discussions about building the future, and in leading more humanised companies. For too many years, our culture has been exclusively shaped by the patriarchy, and addressing the balance is a slow process. We see \uia/ as one more step in the right direction.

Making a difference through design is not an easy path, especially for mothers who carry the heavy weight of a double shift and the responsibility for other human beings. When we try to change things, it often feels like we are taking up space where we are not welcome. And this creates a reality that in turn isolates us from these social experiences.

To keep things the way they are only perpetuates this cycle forever. If we learn in our culture (and through games) that women deserve to be at home, taking care of others and cleaning; it is very likely that that’s who we will become when we grow up. It’s so obvious and frustrating that for centuries we have been supporting the maintenance of gender inequality as if it were natural and not something that was constructed by society.

But we won’t give up. We have been leading \uia/ for a while now, and we are looking forward to collaborating with more women like us in the future. We are excited to see a more diverse, true representation of plural bodies, ages, races and thoughts—in games and beyond—so that we might build a society where we all feel proud of who we are. Only then will our singularities become our strengths.

Let’s do it together?

All images courtesy of Thays Leonel and Marina Takejame.

Thays Leonel is a transdisciplinary artist, Moreno and Amora’s mother, and co-founder of \uia/. She moved from São Paulo city to the countryside at the beginning of the pandemic and is still there today. Besides creating and designing games that can transform the future, Thays also works as a freelance graphic designer.

Marina Takejame is Davi’s mother and co-founder of \uia/. She moved back to her hometown when her son was born after years living in São Paulo city. She has experience in publishing and administration but what she actually likes is to work in projects that can transform the future.