Has hempcrete ever looked this good?Dutch designers complete pink biobased building for Floriade 2022

One of the jewels at this year’s Floriade Expo in the Netherlands is a striking pavilion made entirely out of biobased and reused materials. Designed by Overtreders W, Onkruidenier, Joost Emmerik and Kossmandejong, ‘The Voice of Urban Nature’ combines a sleek modular structure with lush gardens and an open-air exhibition. The result is a complex and layered space that explores the shifting relationships between all those that call a city home: from humans and animals, to plants, mushrooms and microbes.

The Voice of Urban Nature was also designed to show how people can build sustainably with nature. To do this, Overtreders W committed to using only biobased materials that have been harvested in the region. The hempcrete walls of the pavilion, for example, are made using fibres grown in Almere. Where hemp-based materials are usually brown or grey, this particular concoction has been dyed into a luxurious pink. The unusual colour comes courtesy of a natural pigment that was extracted from madder grown in Brabant. 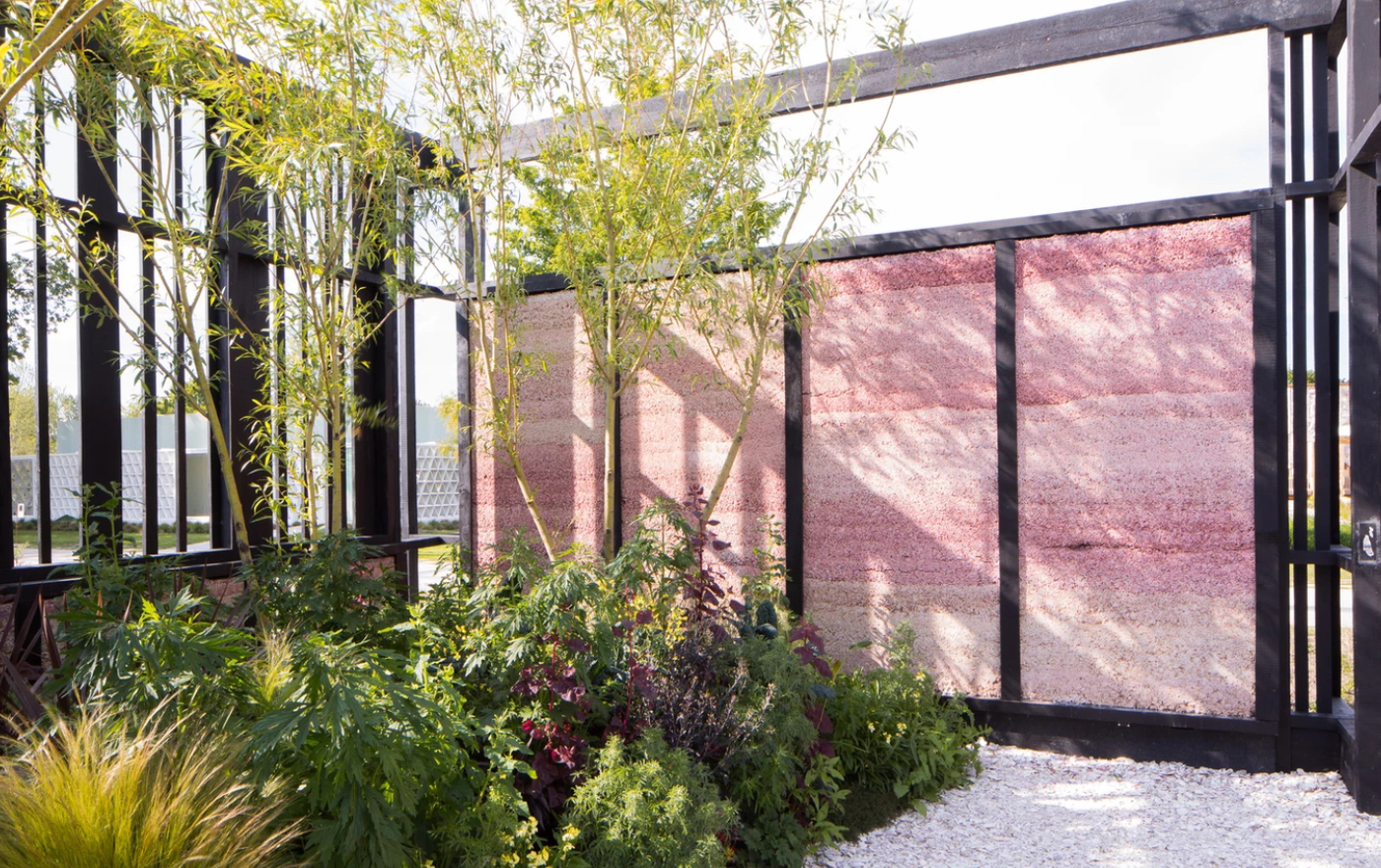 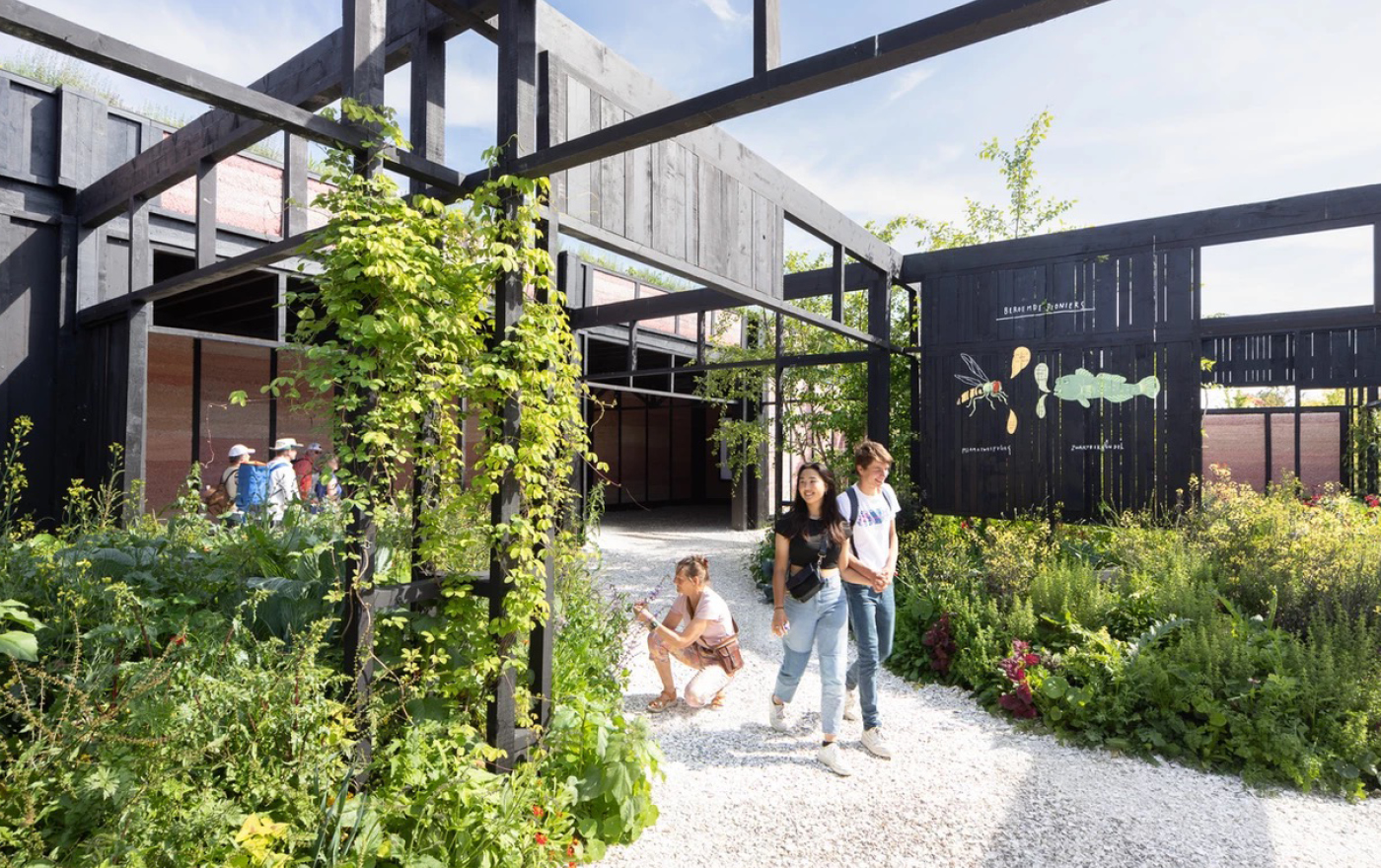 The main structure of the pavilion consists of wood collected from various sources: some are trees that have been sustainably harvested from Dutch nature reserves, while others are scaffolding planks salvaged from the Amsterdam area. The exhibition panels, on the other hand, are made of old frames and ship masts previously used by two of the capital’s biggest museums. To give the pavilion a contemporary finish, all the wood was painted black with a special coating made from oil flax grown in the fields around Schiphol.

Another noteworthy element is the meandering path that cuts through the pavilion, punctuated by blooms of native plants and flowers. Here, Overtreders W have created an organic carpet of thousands of waste oyster shells collected from the fishing industry at Yrseke. Thanks to inspired details like these, the garden becomes a feast for the senses, allowing visitors to encounter different species as well as ways of living together.

For head designers Hester van Dijk and Reinder Bakker, it was important that this whole-system approach be applied to every detail of the project. ‘This way, the building shows how biobased construction can help close local cycles and strengthen both local ecosystems as well as the regional economy.’

The 100% biobased building shows how people can sustainably build with nature.

Though the Floriade Expo is one of the biggest horticultural events in Europe, it is held only once every ten years, for about six months at a time. One problem with temporary exhibitions like these is that they often end up generating huge amounts of waste. To avoid this, Overtreders W have adopted a circular mindset that sees all materials as ‘borrowed’ from the planet. This means everything they design is made to be easily ‘demountable’. After the expo, The Voice of Urban Nature pavilion will be relocated to Almere and Amsterdam and reused for another fifteen years. Once it has reached the end of its lifespan, it can be returned to the earth, as all of its components are biodegradable. Even the oyster shells will have another use: after the Floriade, they will be returned to Yrseke and processed into bird food.

The hope is that eventually, buildings like these will inspire a radically new approach to architecture and urban design. This transition will be challenging, as it will have to address the needs of our expanding cities while also respecting the limits of our planet. As an experiment, The Voice of Urban Nature is a small but compelling step in the right direction. 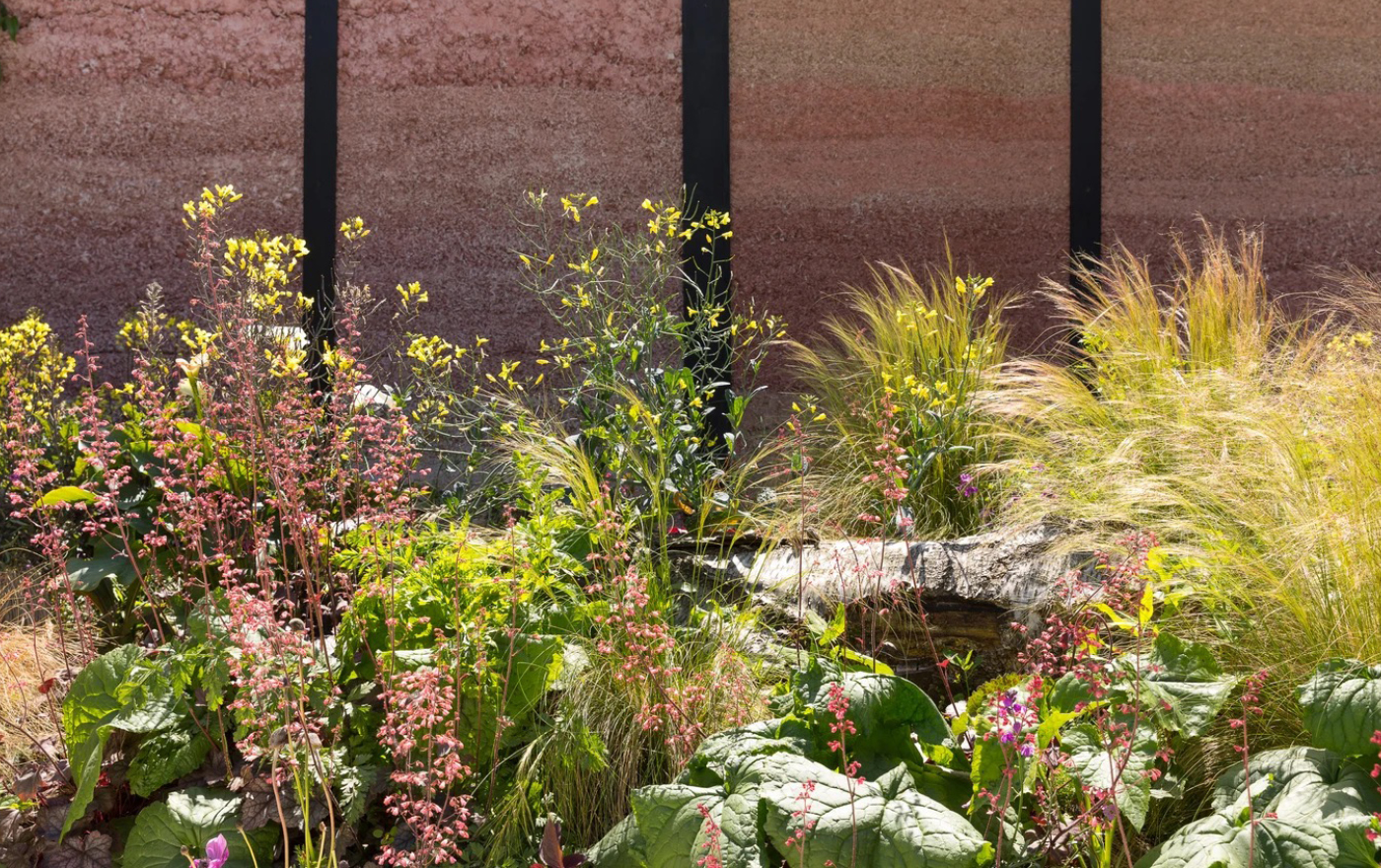 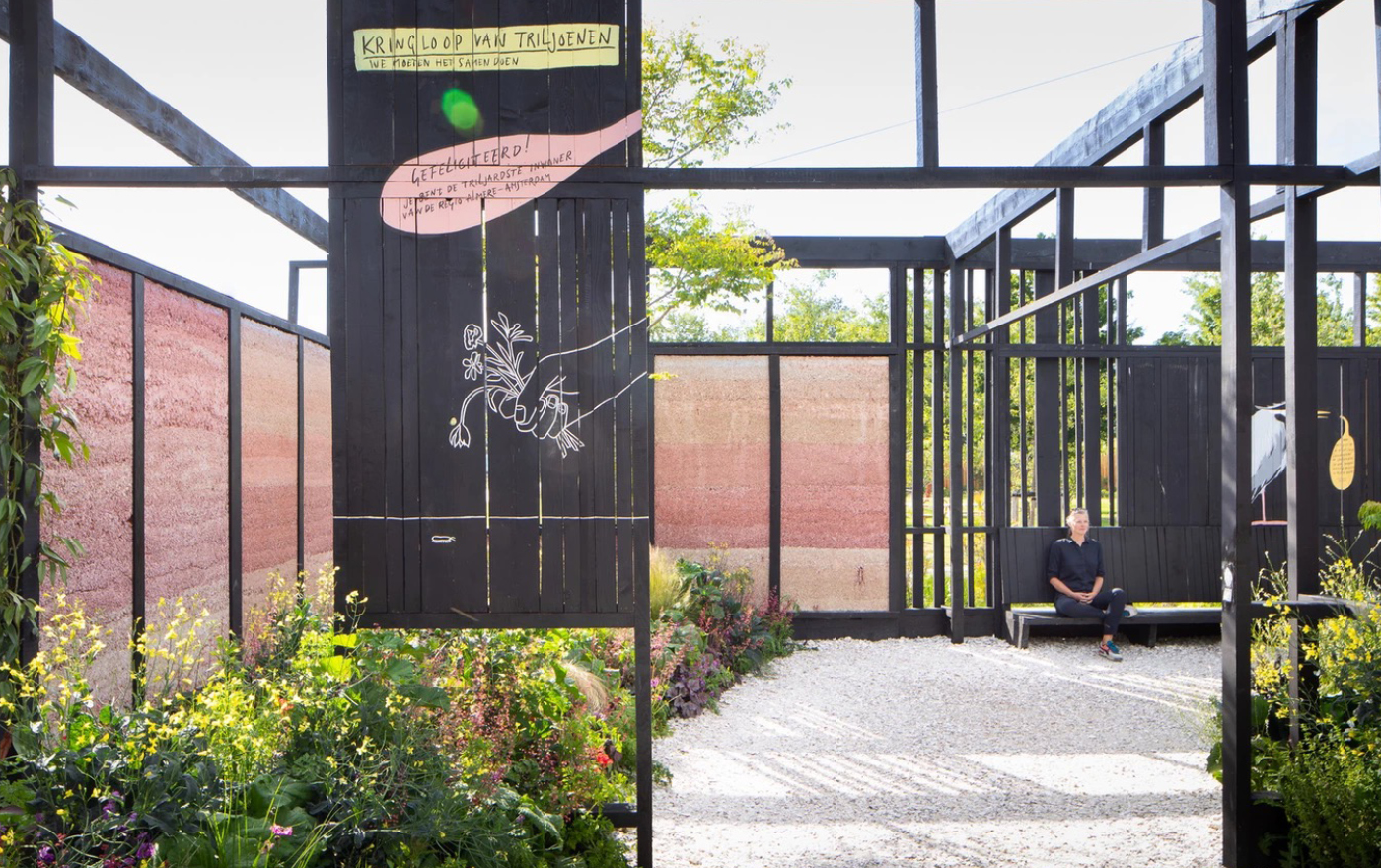 All photos by Jorn van Eck.