As a young boy living in the city of Lagos, Adebayo Oke-Lawal became enamoured with the stories that we tell through the clothing we wear. Today, he is the founder and creative director of Orange Culture, an ambitious label that is changing the face of Nigerian fashion with their fearless and gender-fluid designs. Ahead of his talk at WDCD Live Amsterdam 2022, we caught up with Adebayo to learn more about his take on self-expression, masculinity, and the power of a red suit.

‘I’ve loved fashion for all of my life, even as a very shy kid,’ Adebayo tells us over email. ‘I remember being so fascinated by how clothes made me and the people around me feel—from seeing sisters trying on clothes together and glowing when it fit right, to the exuberance of our traditional wear at weddings, to the simple freedom of being able to wear what you want.’

As Adebayo grew older, his experience attending a ‘hyper-masculine all-boys school’ would only cement his interest in the transformative power of fashion. The way he dressed became an open door through which he could challenge societal norms and stereotypes. ‘I found that my masculinity and sense of self was always being questioned because I expressed it as something “other than”. The pain and bullying that came from it is why I’m so invested in fighting those stereotypes today.’ 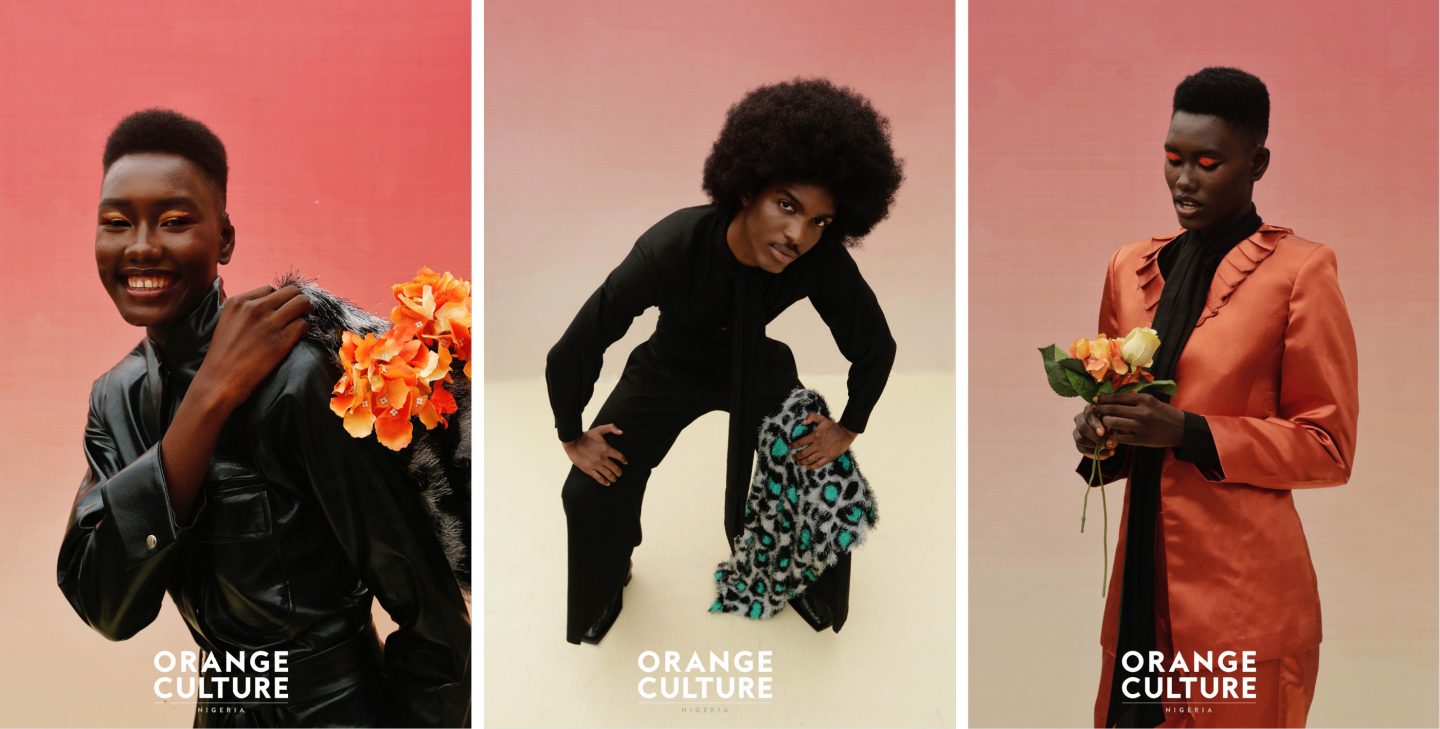 After a few years of honing his craft and working for other designers in Lagos, Adebayo would end up launching his own brand in 2010. From the get-go, it was clear that Orange Culture was about something more than vibrant aesthetics and heady Nigerian-inspired prints. Their first collection focused on menswear, but served it shaken, stirred and with a splash of organza.

At the time, this was enough to cause an uproar. ‘My first collection got the worst reviews ever,’ he revealed in another interview. ‘Someone said I should kill myself for showing a man wearing a red suit! But I also got a message from a person who said my brand really inspired them.’

Bolstered by the response of those who understood his vision of a more inclusive fashion industry, Adebayo spent the next decade building a movement around it. ‘From a young age I saw clothes as a tool of empowerment. So it’s no shock that I became obsessed with the idea of using clothing as a tool to spark conversations.’ Today Orange Culture is known for exploring unusual fabrications and experimenting with them on every and any gender.

“I saw clothes as a tool of empowerment. So it’s no shock that I became obsessed with the idea of using clothing as a tool to spark conversations.” 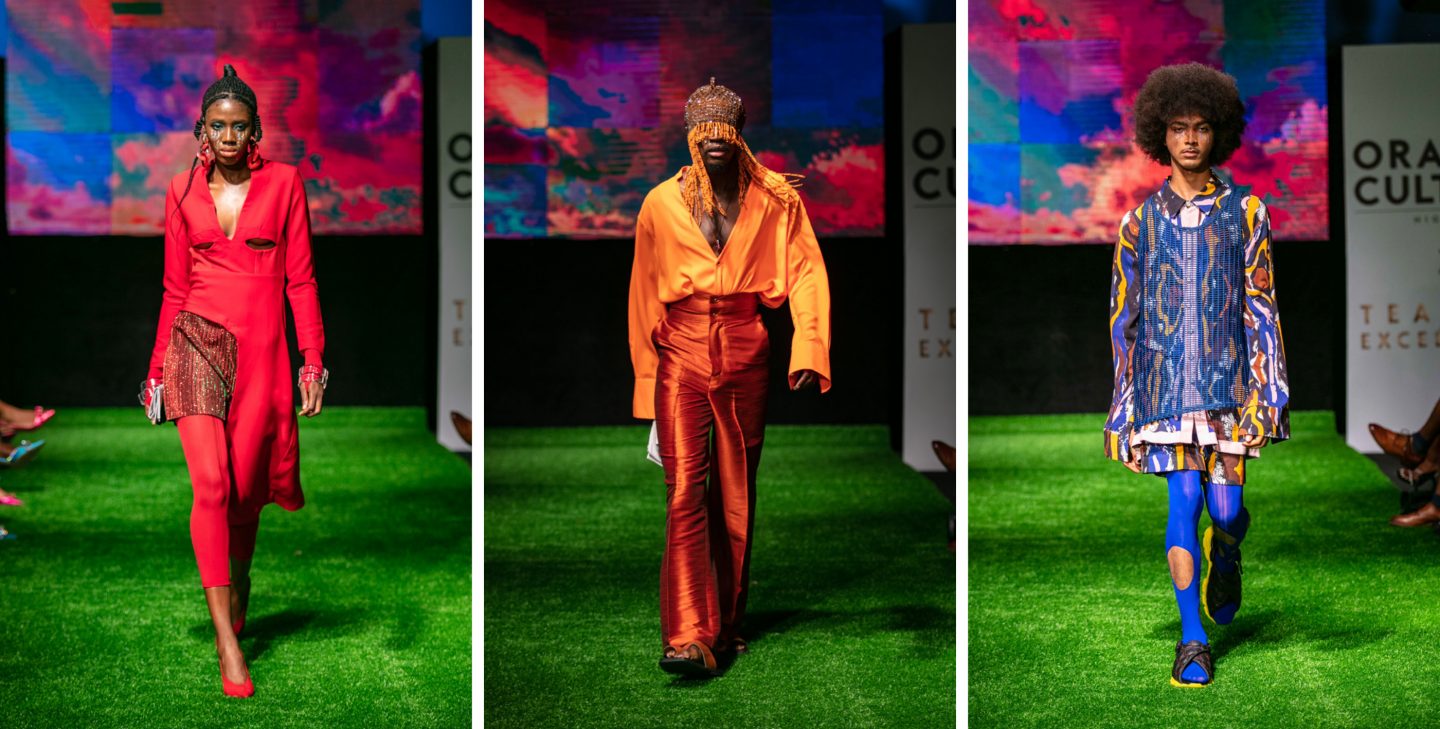 With his latest collection, Peacock Riot, Adebayo expanded his lens to address the political and social unrest that has plagued his country since 2017. ‘My last collection was inspired by the power of protesting and using clothing as a form of protest, especially where I come from,’ he explains. ‘With the #ENDSARS protest in Nigeria, I watched youths like myself rise up, using coloured hair, edgy clothes and placquards as forms of confrontation to the forces that be—and that really hit me. I mean, the protests were so important—we were fighting for our lives and for the freedom to be and to speak. So I wanted to use my collection to amplify the fight and the lives lost. At the same time, I wanted to celebrate how creative and powerful we are as a people.’ 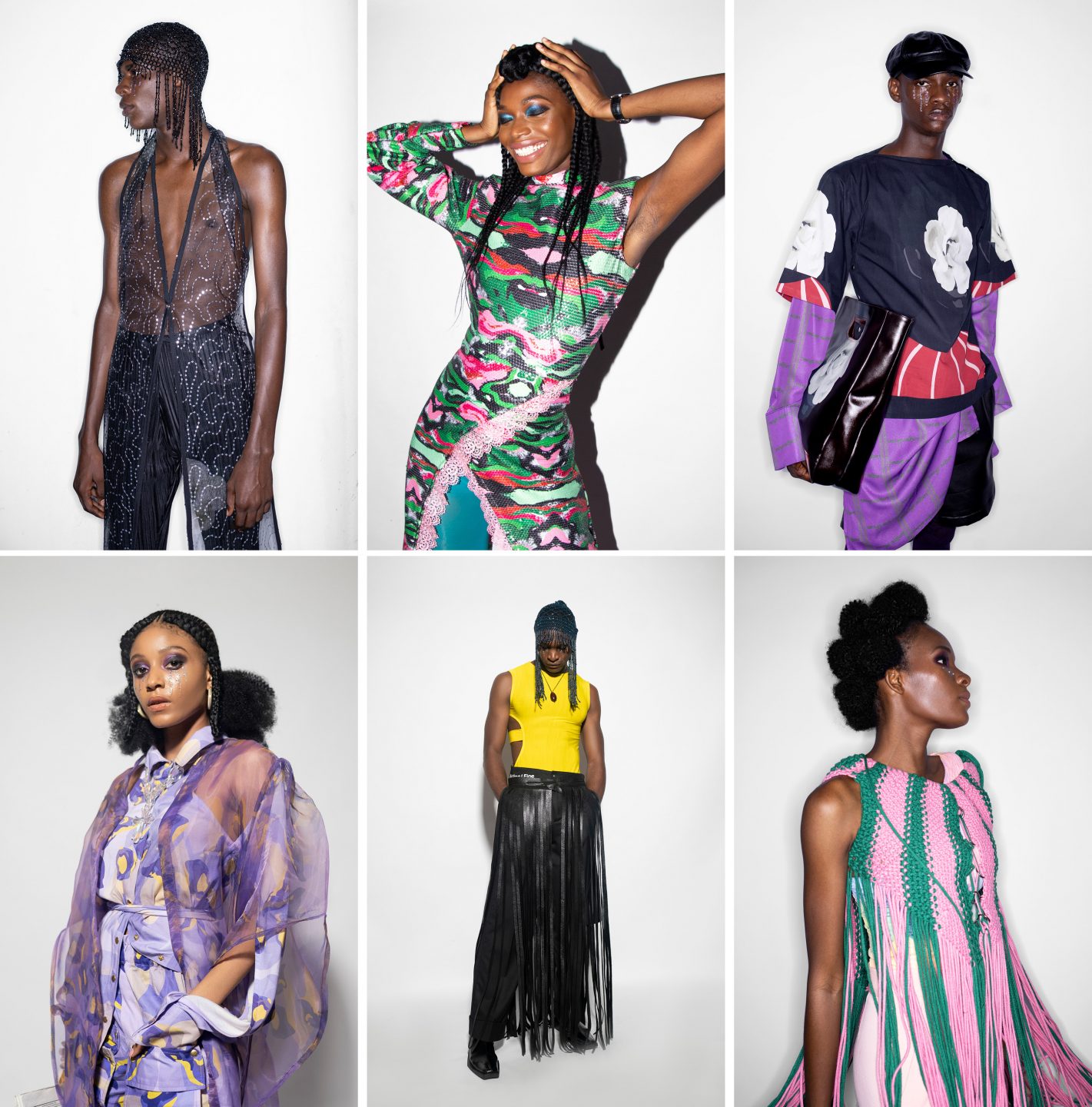 Away from the runway, Adebayo leads by example in developing sustainable fashion practices, which target community development. From ethically-sourcing all materials from local Nigerian fabric makers, to maintaining a minimal waste manufacturing flow, his approach remains collaborative and holistic.

At the centre of everything he does is the desire to pay things forward by investing in the next generation of creatives. One way that Orange Culture does this is through its new Mentorship programme, which provides knowledge exchange sessions from industry practitioners to help aspiring designers in Africa and beyond. As he puts it: ‘For us as Africans or Nigerians, we’ve always had sustainable practices because we practice slow fashion everyday. But what is a healthy environment if the community isn’t thriving?’

Before we end our conversation we ask Adebayo: Is he optimistic about the future of fashion in his country? His answer is emphatic and affirmative. ‘There’s hope,’ he says. ‘We started with nothing but look how far we’ve come—and that excites me.’

Want to catch Adebayo on stage at WDCD Live Amsterdam 2022? Click here to learn more about the festival and visit our ticket shop.

All images courtesy of Orange Culture.