Eco-Anxiety: Searching for the light at the end of the smog-filled tunnelExploring the phenomena of 'earth emotions'

Have you been feeling overwhelmed thinking about the future of the planet? Are you dealing with recurring nightmares of a climate meltdown? Well, you may be suffering from Eco-Anxiety and you’re not the only one.

It’s no secret that we are facing one of the biggest challenges of our time or maybe better said – our future. Not a day goes by where we aren’t faced with the supposed fast-approaching doom of climate change, whether it be from scientific findings urging us to steer towards sustainable energy solutions, to Hollywood movies painting hyperreal pictures of what the near future has in store for us. Plastic soups, deforestation, the melting of Earth’s ice caps – a catastrophic clock seems to be ticking at a faster pace than our suffering planet is spinning around its hostile sun. For some people it’s becoming unbearable, leading to very real feelings of helplessness and anxiety; Eco-Anxiety

What’s love got to do with it?

In his book ‘Earth Emotions’, Glenn A. Albrecht talks about how developmental pressures and climate change influence our emotional relationship with Earth. This relationship is made up of the same emotions as any relationship you experience, anxiety being just as much a part of the package.

‘Earth Emotions’ introduces us to new terms such as ‘Biophilia’, meaning a love for nature in all its manifestations and in the words of biologist E.O. Wilson, ‘an innate and genetically determined affinity of human beings with Earth’. And a term coined by Albrecht himself called ‘Solastalgia’, meaning a form of mental or existential distress caused by environmental change. Symptoms that are familiar to those experienced and expressed by the Eco-Anxious.

In his writing, Albrecht proposes a dramatic change from the current human-dominated ‘Anthropocene’ (a geological age in which human activity is the most dominant influence on the environment and climate) into one that is about a mutually beneficial relationship with Earth – which he calls the ‘Symbiocene’. Composed of the words ‘Anthrophocene’ and ‘Symbiosis’, the latter of which standing for a close and long-term relationship between two different biological organisms making up a balance that is vital for their survival. 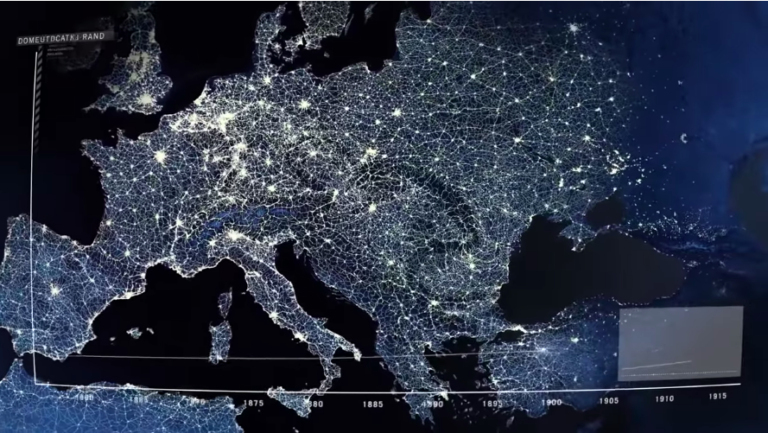 Visual taken from ‘Welcome to the Anthropocene’, a film commissioned by the Planet Under Pressure conference in 2012. The film is an animated timeline and infographic of Earth’s transition into the Anthropocene from the industrial revolution to our current time.

It’s here where the impossible position of the Eco-Anxious becomes apparent. They want nothing more than to lose their ‘Solastalgia’ (distress caused by environmental change), enter this ‘Symbiocene’ and start the loving mutual relationship with Earth and nature as soon as possible. But it’s because this task seems so utterly impossible and futile that they feel stuck and powerless, fueling their ‘Solastalgia’ only further.

Since the paper’s release, its findings have caused people to quit their jobs to become eco-activists, and others to seek professional help.

A good example of what prompts these responses is ‘A Deep Adaptation, A Map for Navigating Climate Tragedy’, published in 2018 by professor Jem Bendell which has gone viral, reaching almost 100.000 people and counting. Since the paper’s release, its findings have caused people to quit their jobs to become eco-activists, and others to seek professional help. With its hard-hitting facts on the climate crisis, the paper writes about the terrifying evidence Bendell found on the topic and its devastating effects in the very near future. Mixed in with pictures of waves of plastic hitting beaches in Indonesia, malnourished polar bears scavenging melting ice planes, and metropolitan cities covered in thick smog – it’s no wonder the Eco-Anxious feel that a solution is nowhere to be found.

So is there no bird? No plane? No Superman?

Does this mean that there is nothing we can do? That we should just sit back in fear and impotence while the apocalyptic Hollywood ending becomes a reality? It seems today’s generation has the answer to those questions or at least, is demanding them from politicians all around the world. On January 10th over 3,000 young people took to the streets of Brussels calling for climate action outside of the European Parliament. And they weren’t the only ones, all around the globe teenage students raised their fists and voices in a demand for change inspired by the solo protest of the 16 year-old Swedish student and Nobel Peace Prize nominee, Gretha Thunberg. Thunberg made Swedish headlines with her Skolstrejk för klimatet (“School strike for the climate”) which saw her protesting in front of the Swedish parliament in Stockholm in August of 2018.

Designing our way out of anxiety and into the future

So maybe the future isn’t that bleak, there is hope to be found. Hope in the shape of people that come together, determined to shift the ‘powers that be’ towards a sustainable future. Collectives that ignite and promote discourse by re-accessing processes of the past and designing new solutions, forcing progressive outcomes. Outcomes that will court us into a symbiotic relationship with our planet and shift anxiety into action, one conscious step at a time.

It just so happens that What Design Can Do has had the pleasure of meeting people who are doing just that; from experts gracing our stage with their inspiring stories, to young designers and social entrepreneurs set to make their clean energy concepts and projects a reality. We support progressive out-of-the-box ideas that can make a significant difference in the foreseeable future, arming them with the power of impact and possibility during our various challenges, such as the Climate Action Challenge and Clean Energy Challenge.

Take the Evocco project by Counting Carbon for example, a web-based smart shopping assistant that empowers consumers to buy more eco-friendly food products. It does so by rating products according to factors such as greenhouse gas emissions, habitat loss and water usage to name a few. Helping you find the most nutritious food for the lowest environmental impact – just scan your receipt to make different choices in the future. 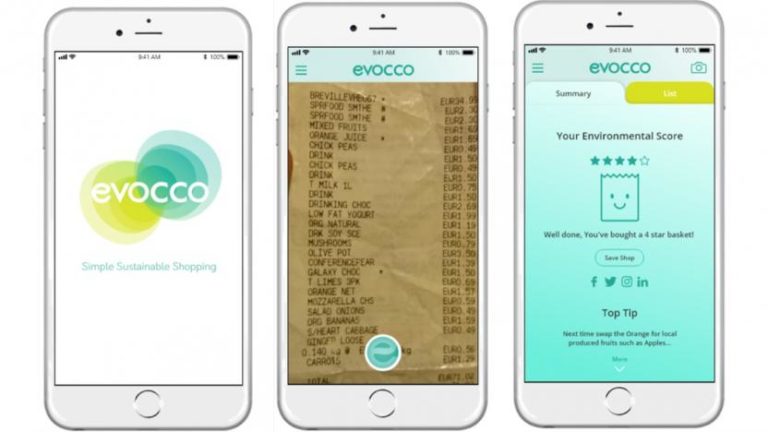 Similarly, Dronecoria: an open-source platform set to replant trees with accurate precision by using drone technology. A possibly essential solution, as research estimates that the worldwide planting of trees could cut back two thirds of CO2 emissions pumped into the atmosphere by human activities. 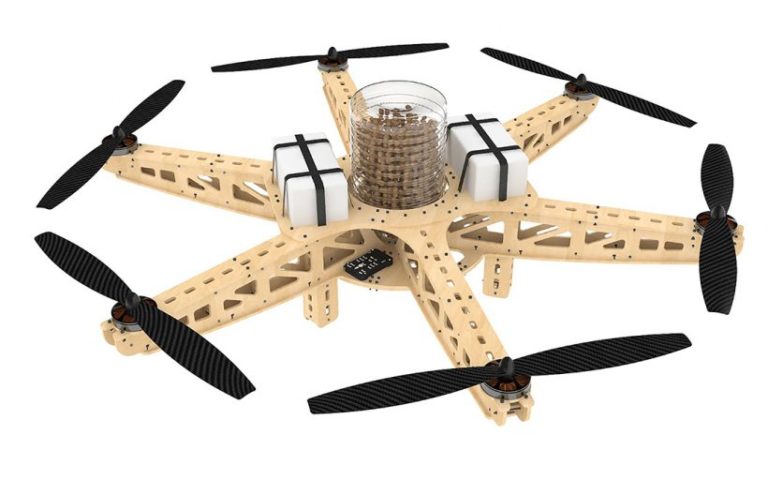 Alongside solutions like plastic recycling and precision seed distribution, it’s equally as important to rethink the way we educate. Climate Action Challenge winners The Change Rangers have made it their mission to teach the next generation important, climate-conscious techniques for the future in a fun and engaging way. 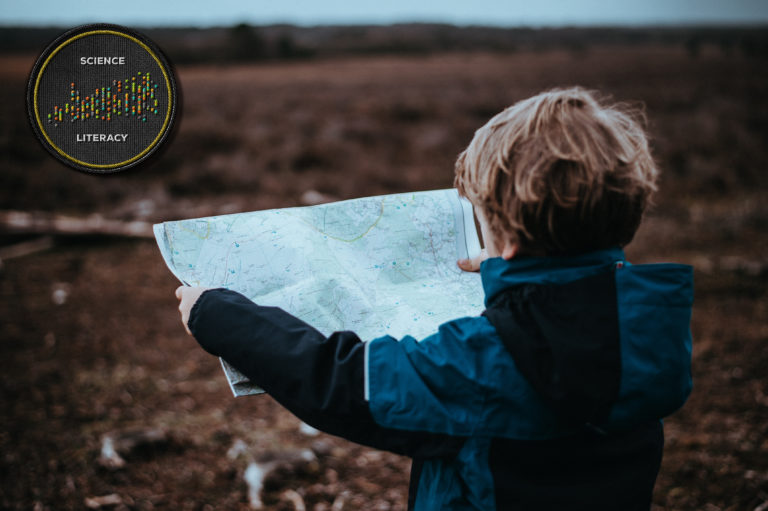 The Change Rangers have different subdivisions that can be studied. Ranging from Science to knowing how to handle emergencies.

Meet the rest of the What Design Can Do Alumni at this overview, to learn more about their stories and projects; for inspiration and hope – shedding light at the end of the smog-filled tunnel.