In 1938, a British engineer and amateur meteorologist made a discovery that sparked fierce debate about the Earth’s climate. Though the capacity of carbon dioxide to retain heat had long been understood by scientists, Guy Callendar was the first to link global warming to human activity. He demonstrated the rise in land temperatures over the previous 50 years and proposed the hypothesis that people were unintentionally contributing to global warming by using fossil fuels in furnaces, factories, and even motorcycles. When Callendar published his findings, it set off a firestorm. He was perceived by the scientific community as an outsider and a rather intrusive gentleman scientist. But he was accurate, and his theory eventually became known as the ‘Callendar Effect’. Today, we refer to it as global warming.

Though such hindsight is valuable, the problems the world is currently facing also require a great deal of foresight. Design is an inherently futurist medium. As author Maggie Gram once noted, influential members of the Modern design movement frequently used the terms ‘design’ and ‘planning’ interchangeably in the 1960s. This isn’t surprising: Design, like planning, was the profession most concerned with the future. Today things are not so different, but as we move farther into the 21st century, what we understand to be ‘the future’ — a utopian vision for much of the 20th century — is undoubtedly becoming darker. In order to understand the future function that design will play in a world that is becoming more and more unstable, we must return to the underlying polysemy of the word itself. At various times it has encompassed drawing and architecture, products and graphics; in fact, everything short of the creation of the world itself. Once industrial design became a profession in the early 20th century, the promiscuity of its objectives and undefined nature of its objectives meant that designers felt they could do very nearly anything.

Designing for the future

In the face of pandemics and environmental crises, designers and architects have been pushed to envision a world in which looking backwards feels like the only option to go forward. When we think about the climate, we tend to paint a bleak picture of the future: massive storms, crop failures, and heat waves loom over us, suggesting that the issue is too big and complex for us to handle. Some people find that story to be captivating, while others find it to be depressing and gloomy. Even the most fervent supporters of decarbonization occasionally place more emphasis on raising the alarm than on conceptualising and outlining what success would entail. The problem is, it’s much more difficult to inspire widespread efforts for change in the present without optimistic climate futures, ideas of adaptation and resilience that we can work toward.

This is where the field of futures studies can make a difference, revealing the value of affirmative speculation in climate change education. Futurists seek to inspire new narratives about what positive climate futures might look like for communities around the world. Their goal is to curate and share convincing stories about what success might look like, and to encourage individuals to imagine their own climate futures.

Future visions should honour local particularities and insist upon equity and justice, and envision actions that could be scaled up for global change. Writers of climate fiction could concentrate on imagining drastically different post-fossil societies and the cultural changes that could take us there. They could demonstrate how climate research might be applied to this kind of imaginative thinking, adding detail and rigour. Through the stories they tell, they could aid in previewing the steps required to turn imagination into reality. It may also be necessary to further adapt how civilizations create and use modelling tools to predict future climate changes. 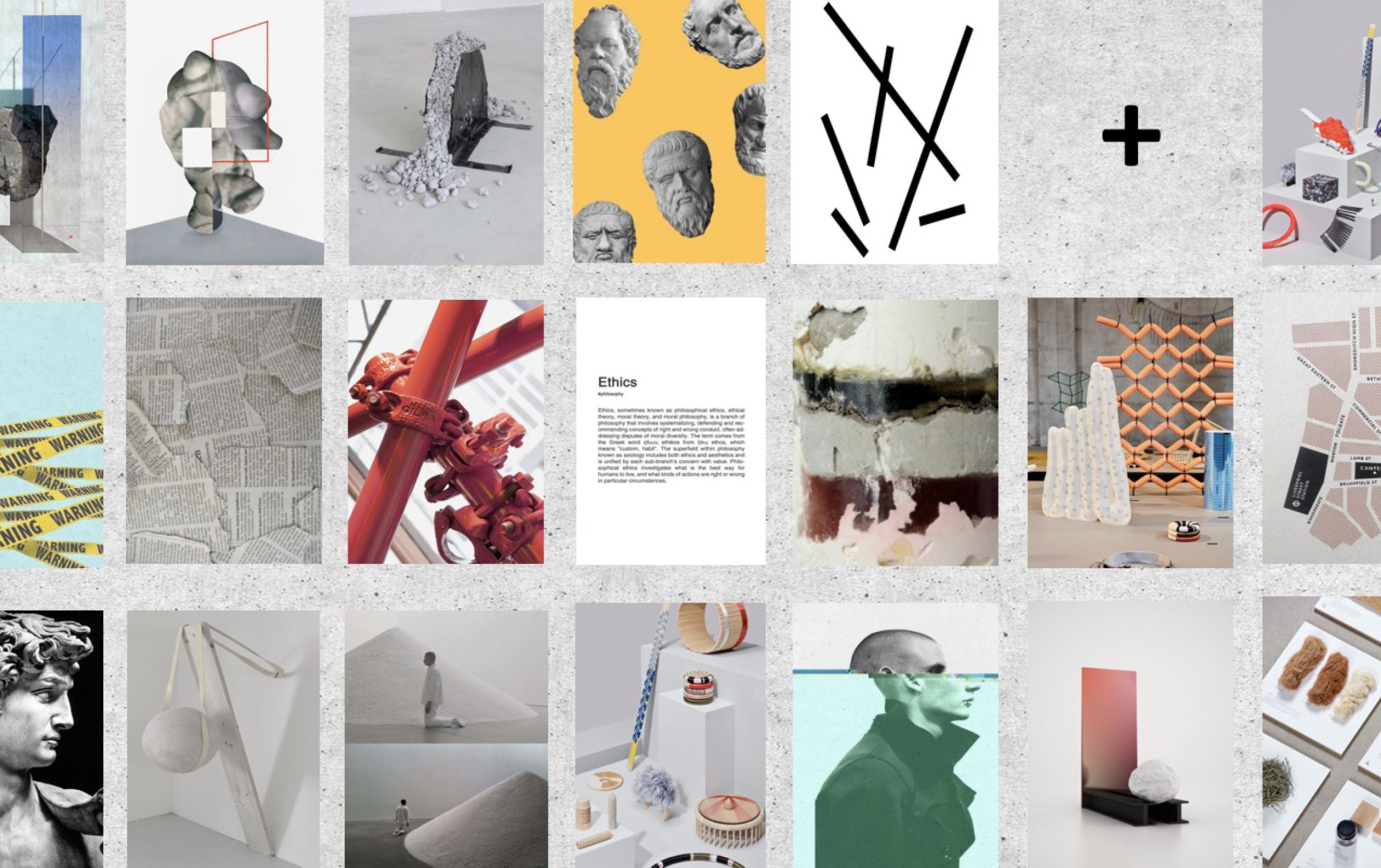 Research images from a forecast report by Studio Ne+.

The biggest gap in the congruence between design and the future was sparked by the advent of the environmental movement. The design philosophy of the decade became characterised by the conflict between technological advancement and environmental planning and conservation. People started to question: Was technology an ally or an adversary?

Designs for different futures often feel high-tech in their imagination — envisioning, for example, that humans might one day be cloned from DNA extracted from gum left under park benches. But we are also learning that the knowledge of how to survive the future is already embedded in low-energy, often ancient practices. Both approaches reflect the ways in which designers have started to consider what a world marked by a rise in robotisation, a decline in biodiversity, and the elimination of technology that coexists with nature will look like. They suggest that there are climate catastrophes in the warming ranges that we as a society are willing to accept, up to the point where we will still be able to refer to ourselves as a society.

For those who think of design as fundamentally consisting of things like chairs and the arrangement of interior space, these topics and proposals might seem to exceed the usual scope of a designer’s world. But designers and architects have always concerned themselves with the technical frontiers of their disciplines, and the question now is whether the majority of them — or even the most influential of them — will ultimately participate in a global movement that imagines a completely different society. Namely, one that thrives on energy sources other than fossil fuels. 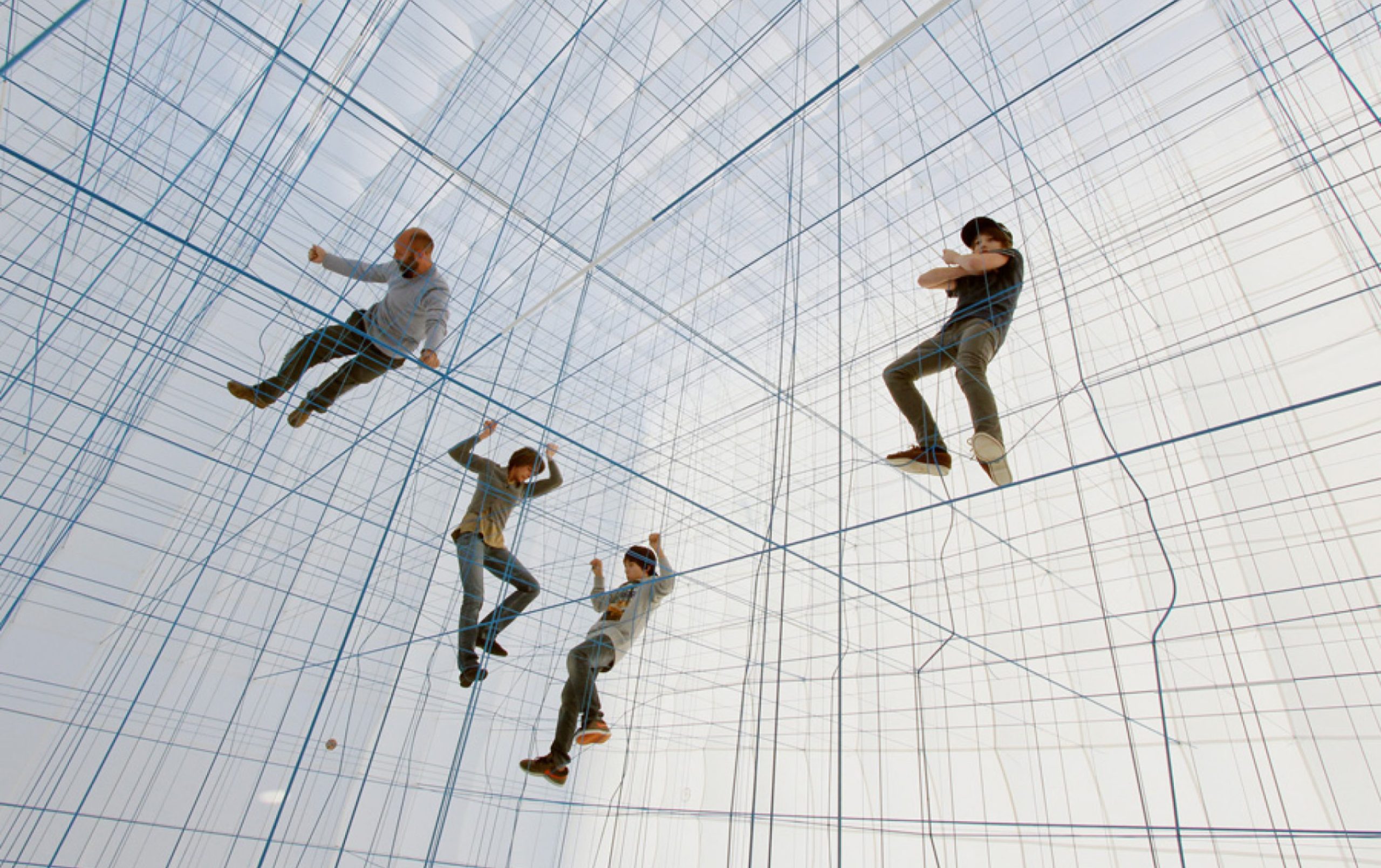 String Prototype, a futuristic installation by Numen/For Use.

Speculative design: a sense of hope

As a practice, speculative design detects future tendencies based on the understanding that utopian and dystopian fiction are genres of speculative fiction that investigate social, cultural and political structures. The first portrays a setting that agrees with the societal ethos, while the second offers the opposite. Both genres are frequently used as metaphors for the two conceivable futures that mankind can end up with, depending on the decisions we make.

If design has always been about looking forward — and doing so with the hope that what was to come would be better than what happened before — it now must also be about looking back and realising that our lives, in the end, have not been improved by all our expansion and growth. Can design improve our lives without fundamentally altering its own purpose? Rather than small interventions, we need a future marked by large-scale projects that take into consideration the dystopia that design has partially created for us. All this while understanding that ‘we’ is split, uneven, and divided along racial, geographic, linguistic, and class lines. In other words, design must consider how we survive if it is to improve how we live.

Top image: Key visualisations from the 22/23 Forecast by Studio Ne+.

Noha Essam is an award-winning design academic, interdisciplinary designer, foresight consultant, and environmental psychologist. As the founder of Studio ne+, she works to change behaviour through her foresight-based design approach and trend forecasting techniques that tackle design from different context and perspective. Her research aims to develop a better understanding of the relations between sustainable design education and the creative industry, with a focus on the multidisciplinary studies of future literacy and speculation. Noha was also a part of What Design Can Do’s Creative Climate Collective at COP27.