Meet Kassim Vera: a prolific design critic, author and educator who is leading a creative movement in Jalisco, Mexico. Kassim is the founder of Emerge MX, a non-profit design education project with a focus on criticism and research. Since 2019 he has also been forging a path as the Head of Design at the Ministry of Culture of the Government of Jalisco: the only government position in the country centered in developing public policy for the design community.

Last week, we caught up with Kassim to learn more about his take on leadership, good PR and what creative problem-solving can do for civil society. Read our full conversation below. 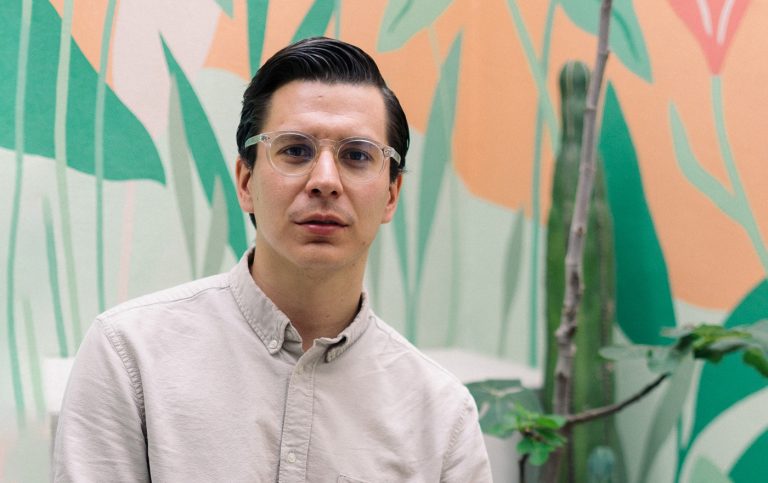 Hi Kassim! Let’s START AT the beginning.
How did you FIRST GEt INTO THE WORLD OF design?

I studied Industrial Design but never felt fully connected with the idea of making products, drawing or expressing myself through objects, so I started exploring design research, design education and how to socialize design in Mexico.

Before I started working in the State Government, I was working on my own personal project: Emerge MX, the first design criticism project in Mexico, where we organized design debates, launched a magazine, and we offered design education for designers and non-designers alike. Emerge MX was the first media outlet in Mexico to talk about design and its intersections with politics, government, education and other non-design topics.

Three years ago, you entered the world of public policy with a position at the Ministry of Culture in Jalisco. How did this unusual role come about?

Back then I was working in Emerge MX and at Campamento Feria de Diseño (a design fair) where I was organizing the public program with Lorena Canales. I received a call from the Director of Arts Development at the Ministry of Culture. She told me about the new Head of Design position inside the Arts Development Department where the heads of theater, cinema, music, literature and dance also are. The Government thought of this position to stimulate the community of designers in Jalisco, understanding that design and the people doing it are an important sector in the creation of culture in the state.

Since then, the role has been defined by the work we do everyday: funds, open calls, exhibitions, talks, events, etc. There weren’t guides or anything like that and I prefer to see that as a positive.

“The Government thought of this position to stimulate the community of designers in Jalisco, understanding that design and the people doing it are an important sector in the creation of culture in the state.”

Can you tell us a little bit more about what you’ve achieved since?

One of our first projects was Pre-Diseño, the first and only public fund for design research and prototyping in Mexico. With this fund the department achieved one important thing: to introduce the word “prototype” to the government (imagine a world where the Government prototypes and iterates!). Governments normally fund projects with clear deliverables, so we started to talk about funding prototypes, the most important part of the design process.

Since then, we have also organized 5 design exhibitions, understanding that it’s important to make people familiar with design and its diversity. Archivo Jalisco gathered pieces from the Archivo Diseño y Arquitectura collection in a dynamic space that invited visitors to touch and engage with the design objects; Rastros by Fragments and Forms was an exhibition about design and technology using installations transforming in real time data in internet, and the current one by BKT mobiliario urbano inside the historical building of the Ministry of Culture, which uses urban furniture designed by the company. Currently there’s no way of visiting the Ministry of Culture and ignoring design thanks to BKT’s exhibition. 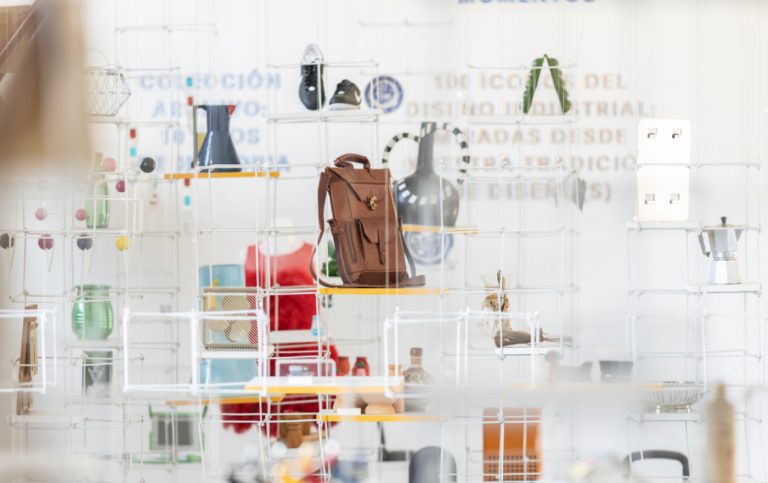 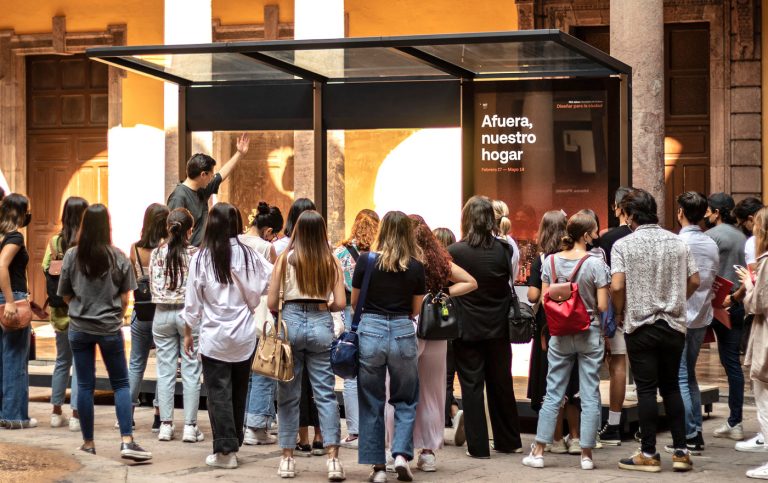 Did the pandemic affect your work?

Like many institutions in the world, we were hit hard by the pandemic. There was a significant budget reduction to in-person events and the remaining federal funds were available only for online proposals by local governments.

We took the opportunity and went from designing projects that impacted designers exclusively to designing a fund that responded to the emerging problems that the community was facing: galleries and museums were closed, exhibitions were canceled, and every project had to transform from physical environments to digital platforms. Taking those problems into account, Horizontes Jalisco was born: a 2 million pesos open call for the digital transition of the arts sector that benefits 25 projects and pairs each of them with a design expert throughout a 4 month mentorship programme.

That sounds like an ambitious project! How did you approach all the different stakeholders you were dealing with?

We made a more personal connection with beneficiaries so they could go through the bureaucratic process easily. We wanted them to see the government not as an old machine but as people who see themselves as users. In the end, the project was a success on many levels. Horizontes Jalisco was the first local fund impacting nationwide, specifically in the mentors category, and now serves as a model for other open calls from the Ministry of Culture.

“Good design needs better PR and the government has to be actively involved in the process.”

What is the department working on right now?

Plataforma Activa de Diseño (or Pad Jalisco) is our main programme. It is an annual fund for design which includes a physical space located in the building of the Ministry of Culture. The programme itself has four strategic components:

a) It has the first residency public program in Mexico available exclusively for designers (rather than artists).

b) It is one of the only platforms in the country that supports designers working on projects with social impact. Right now, Pad Jalisco is funding creatives like Norberto Miranda, who finds new uses for plastic waste from banana plantations near Jalisco, or Lupita Elenes, who does architectural research with a gender approach, looking into how high density housing units can be made safer for women.

c) It provides residents a studio with some basic equipment, but most importantly: a space to exhibit their projects and present them to important stakeholders. We believe good design needs better PR and the government has to be actively involved in the process.

d) Pad Jalisco has its own branding, which the residents are able to use in order to develop a sense of identity. It has allowed us to reach a national community which may lead to possible expansion to other States. 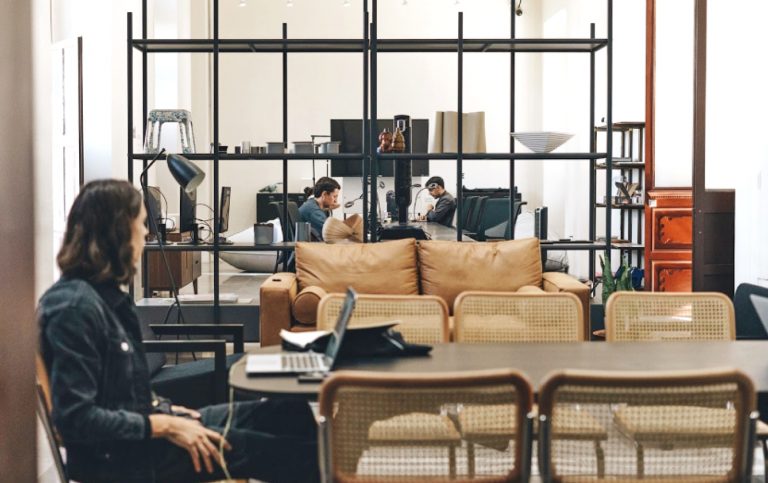 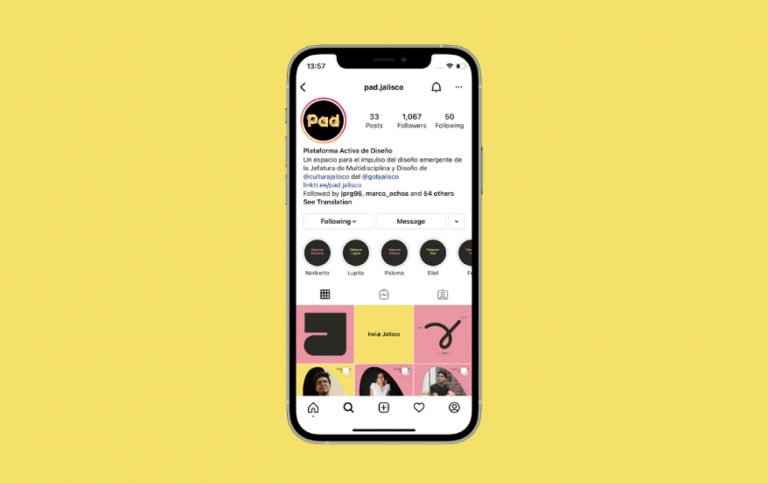 Why do you think that it’s so important to expand design’s role in public policy?

I think all of us in design could agree that design is useful, it is sort of a language that can be used to improve the ways that things function. If there’s a space where many things are slow, complicated and complex, it’s bureaucracy. Design could help the government to speak about prototypes, iterations, and users. Especially in Mexico, I think that design is something that could transform how things work in government, for example in terms of health and justice. Culture could be a starter.

“If there’s a space where many things are slow and complex, it’s bureaucracy. Design could help governments speak about prototypes, iterations, and users.”

Finally, what is something that excites you about the next generation of designers in Mexico?

The fact that they are less interested in having a studio with their names on it and a big portfolio. I think new generations are more conscious about the impact of their work and speak about more important issues than even their teachers: gender perspective, sustainable design, circularity, sexual diversity, among other pressing issues.

To learn more about Kassim’s work, visit Emerge MX and the Ministry of Culture of Jalisco. All images courtesy of Kassim Vera.