This week, governments are meeting in Glasgow for ‘the world’s best last chance to get climate change under control’. At this 26th edition of the United Nations Climate Change Conference, known as COP26, WDCD is hosting an interactive panel exploring the power of design for climate action—and the steps needed to empower the creative community to make a difference.

The climate emergency combined with a global pandemic has highlighted how important design is for people, governments and the planet. For better or for worse, design dictates how we use our planet’s resources and for what. While it can—and indeed, has—led to harmful over-production and over-extraction, design’s power can also be harnessed for good.

‘Designers are in a unique position to change how things are made and what they are made of,’ writes Richard van der Laken, co-founder and creative director of WDCD, in his recent opinion piece. ‘And there are reasons to be optimistic — many creative people are already taking an active role in the transition to a more circular economy and system.’

So, how can design contribute to the COP26 goals? Here, we pick five design projects as shining, illustrative examples. From inventing zero-emission technologies to finding clever ways to adapt, creatives are proving that the design field is a powerful tool for climate action. Top of mind for creatives this week is: how will governmental policies invest in design as an important resource in the climate emergency? 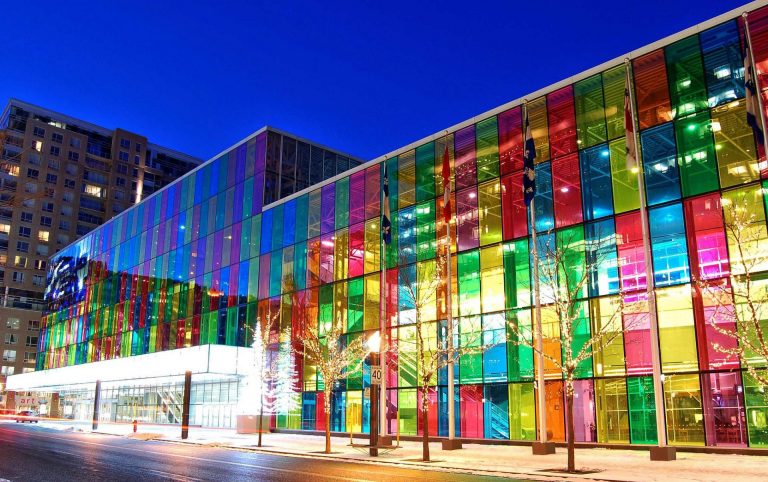 The future of solar design just got a little brighter thanks to AuReus, a new cladding system made partly using vegetable waste. Unlike most solar panels, AuReus is able to generate renewable energy even when the sun isn’t shining. Instead of directly converting sunlight into electricity, it uses a film of luminescent particles to transform UV waves into photons that are easily captured by conventional solar cells. After testing nearly 80 different types of crops found in his native Philippines, Carvey Maigue, the engineer behind the project, found that the right kind of luminescent compounds could be derived from certain vegetables, fruits and roots. The resulting dye can then be suspended in resin and moulded into countless shapes and sizes. Cover a building with it, and it turns into a dazzling, vertical solar farm. 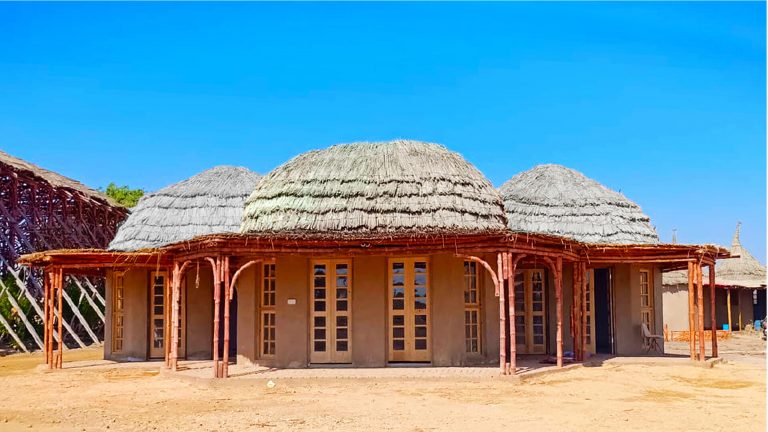 In 2005, northern Pakistan was struck by one of the deadliest earthquakes in living memory. More than 80,000 casualties were reported and some 400,000 families displaced. The event left a profound mark on architect Yasmeen Lari, who at the time had retired from practice and was living in the city of Karachi. Since then, Lari has pioneered a ‘barefoot social architecture’ approach to building disaster-resilient housing that’s low-cost, zero-carbon and zero-waste. By 2014, she had facilitated the building of more than 40,000 shelters, using indigenous materials like earth, lime and bamboo. By forgoing steel, cement and wood, she found that her structures were cheaper, more flexible and easier to assemble than most other shelters. They were also long-lasting yet biodegradable, with components that could be reused hundreds of times. 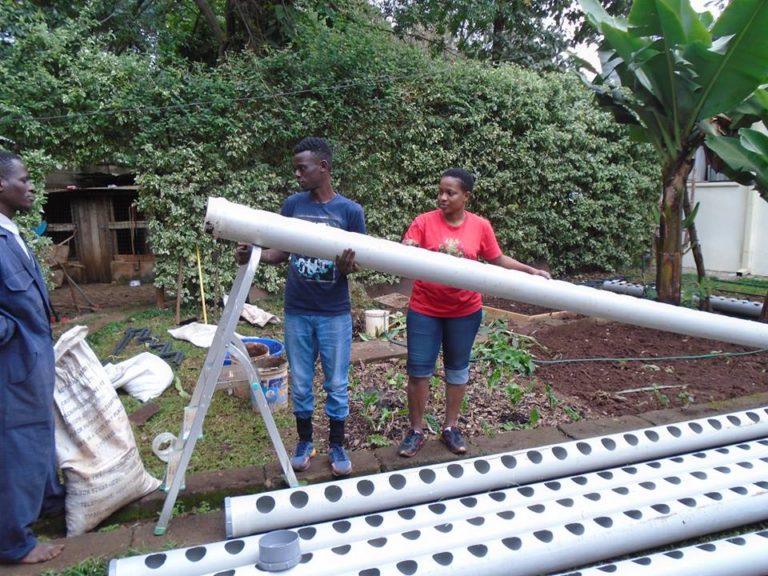 ‘The food crisis within cities like Nairobi show that a large section of its population is suffering from food shortages as a result of unaffordable prices, over-reliance on rural food imports and diminishing arable land,’ explains Elizabeth Achieng, co-founder of Ukulima Tech, a vertical farming start-up and winner of the Clean Energy Challenge. Ukulima Tech makes mobile vertical farms that use wasted produce as fertiliser to grow vegetables in urban spaces, from backyards to verandahs and balconies. By bringing affordable farming technology into urban spaces, they’re making nutritious food more accessible to all. Plus, their systems are easy to use for anyone—even those with no farming experience. 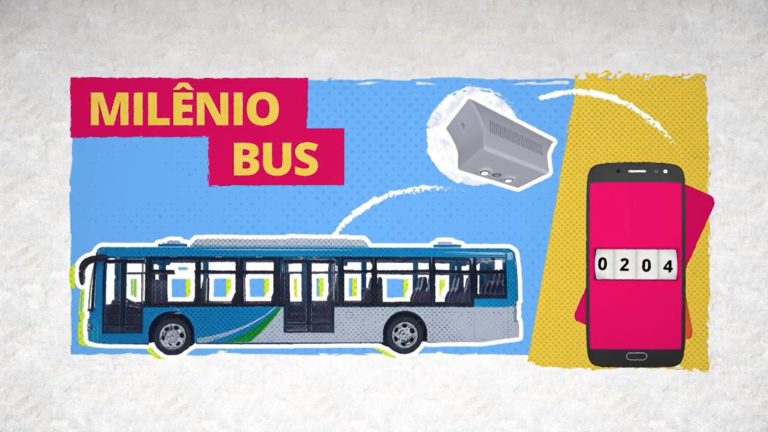 Milênio Bus is a system that calculates passenger flow on buses in São Paulo in real-time. Using both hardware and software, it is capable of generating information for public transport companies, allowing better planning of their routes. By harnessing the power of big data, the project hoped to make the sprawling city’s public services more energy-conscious and efficient. Results show companies can optimize more than 10% of the bus fleet, and have more than 10% of fuel economy. ‘Studying the behaviour of public transportation users may bring benefits for the safety of passengers as well as for the consumption of fuel,’ said Marcel Ogando in 2018 about his Clean Energy Challenge winning project. Since then, the team has grown to six team members with an angel investment of 150,000 BR. 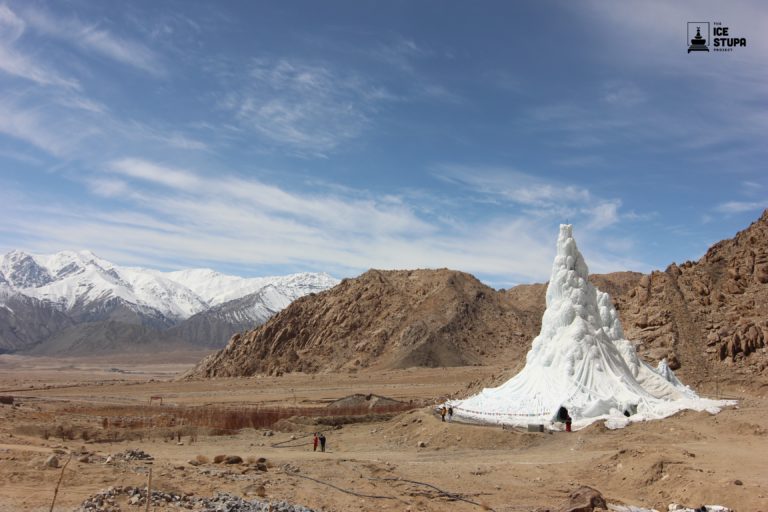 World-wide glacier retreat is one of the most obvious and impressive manifestations of climate warming. On a regional scale, glacier fluctuations can affect the supply of meltwater for reservoirs and irrigation. The Ice Stupa Project offers a solution that is as brilliant as it is simple. Here’s how it works: first, water is piped from a stream to drip from 60m above the ground. During the cold nights of Ladakhi, the water freezes to form a huge cone, or Ice Stupa. The artificial glacier’s unique shape extends upward, receiving fewer of the Sun’s rays and melting slower than horizontal glaciers. The Ice Stupa lasts long into the summer, watering the fields below and replenishing reservoirs as it melts.

Join us at WDCD’s interactive panel discussion ‘The Power of Design – Creative solutions for climate action’ on Thursday 4 November at 14:00 GMT at the UNFCCC pavilion. Speaking on the panel are Liz McKeon, Head of Portfolio Climate Action IKEA Foundation, and Martha Delgado Peralta, Undersecretary of Multilateral Affairs & Human Rights. Together, we’ll address questions like: What will be the role of design in transitioning to a fair and sustainable world? How can investments in design innovation and creative climate policies help us achieve lasting impact? Find out more about the session, panelists and how to join here.