Two years ago, creatives from The Nest Collective in Nairobi joined a handful of cultural institutions from around the world to embark on a research project they called the International Inventories Programme. Meeting at the intersection of art, research, inquiry and anthropology, they set out to build a comprehensive database of Kenyan objects in museums abroad and to explore the cultural ripple effects of their absence. So far, the team have collected data from 32,000 historic artifacts located in thirty different collections in the ‘global North’. Almost 5000 objects are now available for viewing online, with more to be published over the coming weeks.

Practically and emotionally, the project was a massive undertaking, and one that brought forward a slew of unprecedented challenges. “It is worth considering the fact that this data has never sat together before,” writes the IIP team in an essay detailing their process. “Putting all of this currently scattered and disaggregated information into one document is an ongoing digital effort that mirrors the physical aim of restitution and reparation movements: to gather them and bring those that need to be returned, back home.” 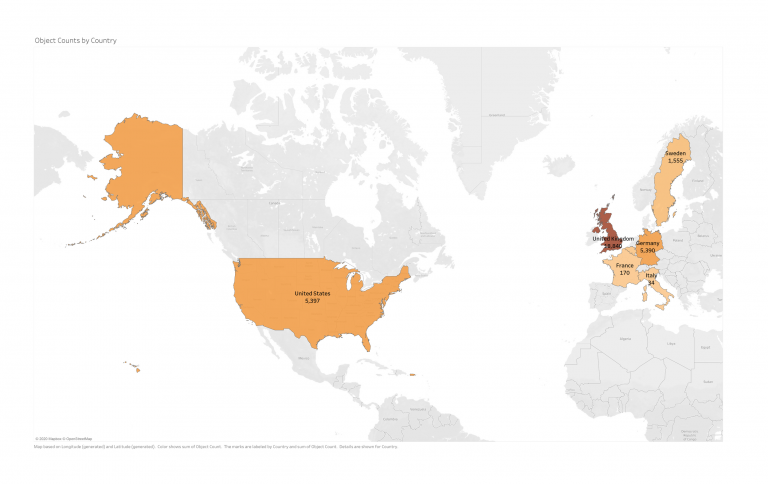 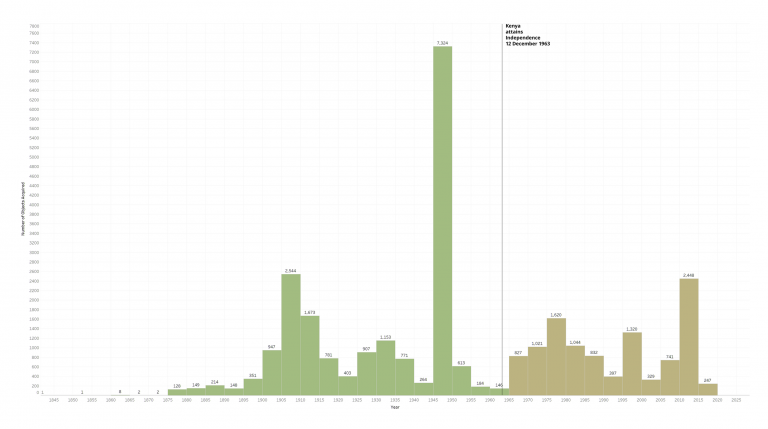 For artist Jim Chuchu, director of The Nest Collective, the database has offered an opportunity to unpack—and witness—the links that bind identity, heritage, violence and power. Here, archiving is an active and deeply critical act. Many of the objects in the database were taken out of Kenya during pre- and post-colonial times. Some were given and bought, with the fairness of any exchange still up for discussion. Many others were looted, stolen, appropriated and then mislabeled. Speaking in his recently published TED Talk, Chuchu eloquently asks: “What does it mean for a society to lose so many objects?” Following this, he reveals his hope that the project can be a useful tool for healing. “In my mind are generations of Africans who have not had a chance to see the rich cultural writings, crafts, rituals and ambitions of our ancestors as expressed through objects, and who as a result have maybe found it a little harder to imagine that our lives matter within the wider history of our species.”