At the heart of Frank Gehry’s new cultural centre for the Luma Foundation in Arles, stands a glittering wall made of salt. The remarkable structure is composed of thousands of salt panels, each one crystallized in the flats and marshes of the nearby Rhone delta. Titled Mur de Sel, the project is the result of a four-year collaboration between designer Karlijn Sibbel and Atelier Luma, a local lab that specialises in developing natural, circular materials.

Besides being naturally abundant, salt was chosen for the project because it plays an important social, economic, and ecological role in the region. “The process used to make these panels descends from the historic technique of harvesting salt from seawater, using the warm and dry climate of the South of France,” explains Sibbel. “Building on the extensive knowledge of the salt-makers in the area, a production method was developed using the natural crystallisation that occurs in the salt fields during the summer.” This method included placing large metal frames into a super-saturated salt pond, and allowing the salt crystals to do their job, growing and attaching themselves to the structure. Within two weeks, the frames are ready to be harvested. 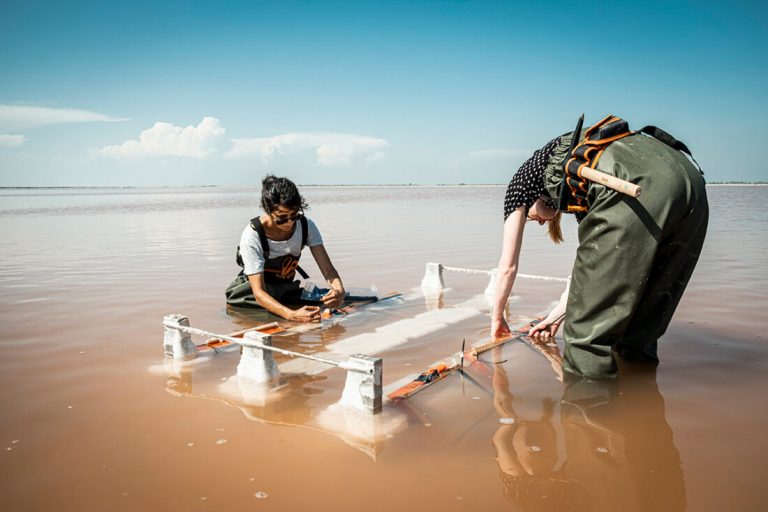 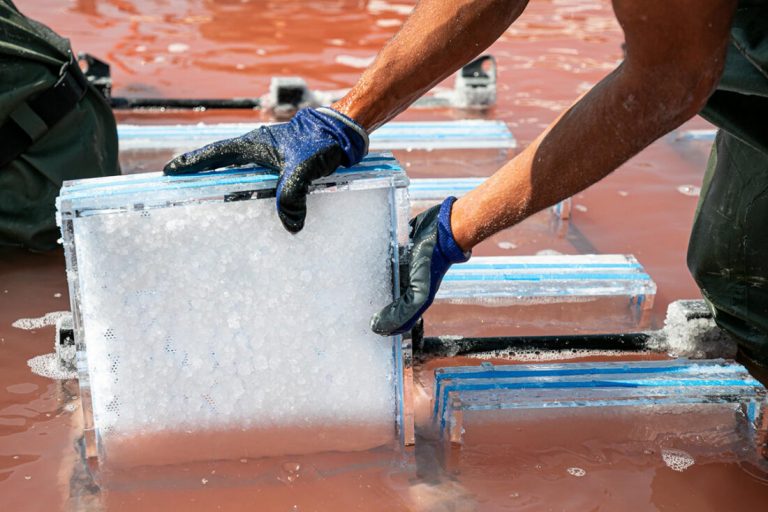 The results are bewitching, if a little unpredictable. Because the wind, rain, temperature, humidity and water flow all influence the crystallisation process, the appearance of each panel is unique to its cycle. Aesthetics aside, what makes this process especially interesting is that it requires no additional energy or resources. This makes it low in environmental impact, and allows it to be easily integrated into existing industries and ecosystems. With further research, experiments like these can help us envision new relationships between nature and the built environment.

Mur de Sel can now be viewed in the central lobby of the Luma Tower in Arles, which opened last month and is free to visit for the public. 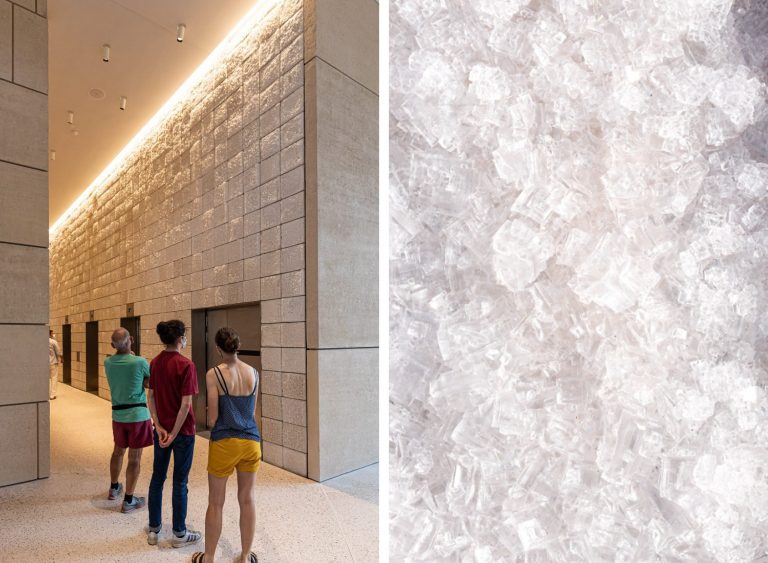