What is a sweatshop’s worst nightmare? Answer: a manufacturing cooperative run by the workers, for the workers. Such a radical concept would seem difficult to put into practice right? Wrong! Blue Tin Production, based in Chicago, is the example of how to successfully launch and run such a cooperative. Their community is formed of immigrant, refugee, and working-class women of colour who collectively call the shots, answering only to themselves.

The studio was initially set up by Hoda Katebi, an Iranian-American writer and community organiser who was determined to prove ‘another world was possible’. By putting garment workers first, she hopes to create change in an industry that has done so much harm to our people and planet. Blue Tin Production offers a blueprint for other co-opt collectives to follow suit. 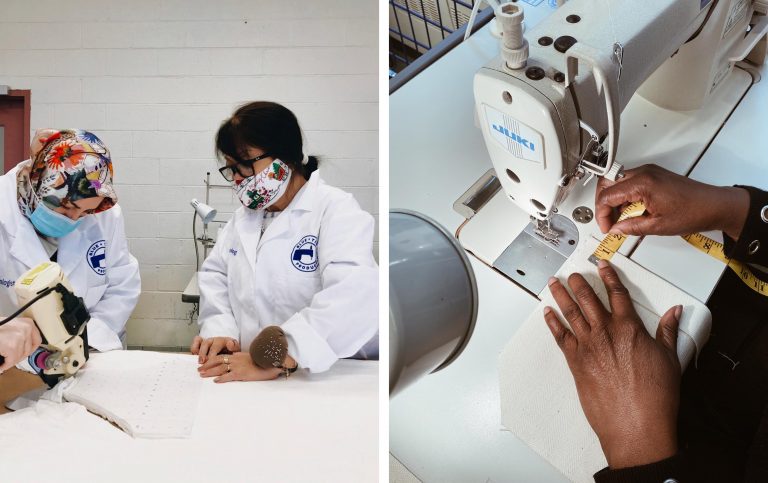 Fashion’s impact on people & the planet

The fashion industry alone produces 10% of all humanity’s carbon emissions, more than all maritime shipping and international flights combined. It is also one of the major contributors of plastic microfibres entering our oceans. Every second, the equivalent of a rubbish truck load of clothes is burnt or buried in landfill. With a workforce of over 300 million people in the fashion sector, a staggering 98% receive less than minimum wage (if anything at all). It’s sadly no surprise then that the top 15 richest people in fashion have a combined worth of over $442 billion. Alarmingly, these are not the only problems with the fashion industry. A survey from ActionAid found that eight in ten garment factory workers had experienced or witnessed sexual harassment and violence in the workplace.

With an industry entrenched with destructive practises, it’s hard to know how to redesign such a system, especially one that is structured by a disproportionate divide of power.

crafting the world they want

So how do you put theory into practice? Katebi and Blue Tin Production believe that the best practice is to just start — from the bottom-up. In only two years, they have manufactured tens of thousands of garments, ranging from formal wear and general apparel to hijabs, face masks, and even children’s clothes. Their impressive rate of production lies in the team’s ability to provide such a strong array of services, from the standard cutting and sewing, to providing support with waste reduction, as well as pre- and post-production development. 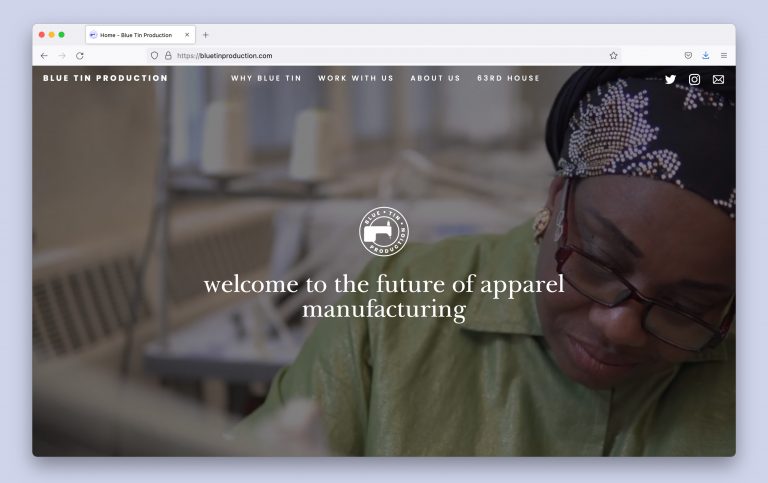 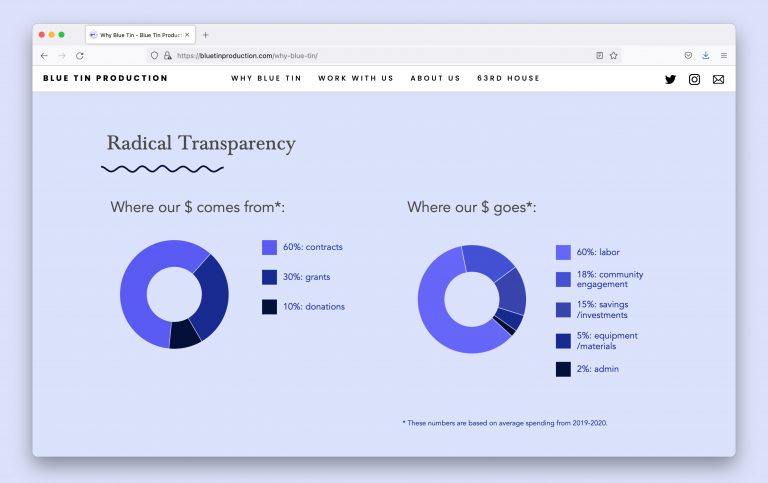 Blue Tin’s revolutionary approach to garment manufacturing has meant that zero plastic has been purchased during their production. In addition, only 9% of total waste has come from fabrics that they have used, compared to an industry average of 22%.

The startling transparency of Blue Tin exposes the ugly truth of just how badly the fashion industry is failing its workers. This female-led cooperative proudly allocates 60% of its revenue on worker wages. In comparison, fast-fashion factories on average allocate less than 1% of their revenue on wages for its factory garment-makers—an unliveable sum.

Speaking with Atmos, Katebi recognises that such a radical method faces a lot of obstacles especially when ‘we live in a capitalist world’ built on a ‘racist and extractive system’, subjugating the very people Blue Tin has united to ‘layers and layers of violence’.

However it is through such a progressive co-operative that Blue Tin Production workers say they are able to ‘experience liberation’. This is also the driving force behind their latest and most ambitious project yet: the building of their new workspace, 63rd House. Blue Tin is seeking to transform a 11,250sq. ft. commercial building into a safe space that meets the many needs of its community. Not only will this building match their ambitions to scale-up their garment production but also facilitate other professional and creative projects in the surrounding neighbourhood.

The story of Blue Tin Production echoes also the success of Makers Unite, a similar cooperative based in Amsterdam. Both inspiring examples of what can be achieved when the people unite to design a reality that they want. 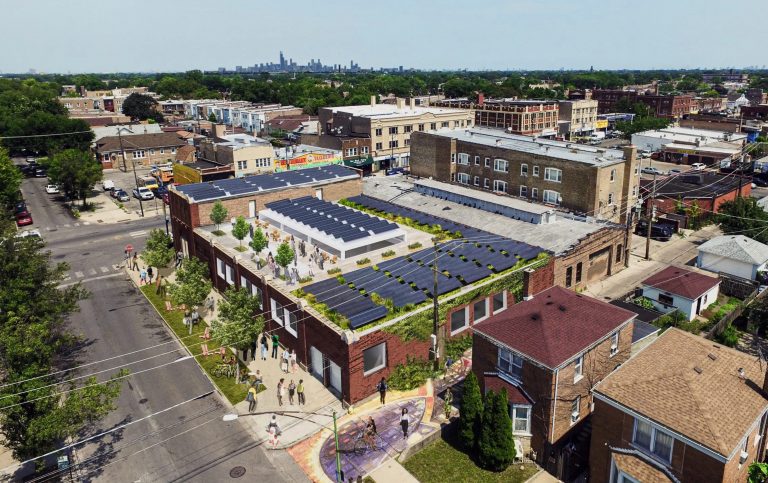 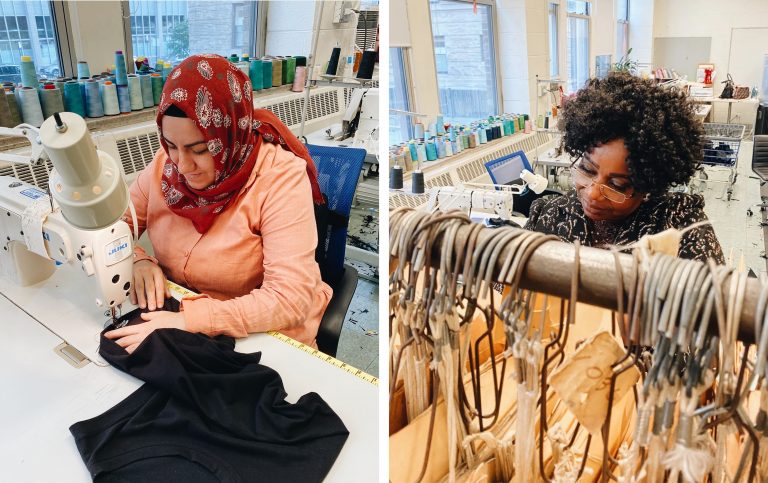 All images by Blue Tin Production.