Malcolm Pruys has 24 years of experience in retail. A figure that understands the global environment due to the fact that he has worked all over the world, from Australia, China, Taiwan, Singapore and now Mexico. With a solid background in leadership, he focuses in coaching and the importance of elevating the potential of people within an organization. That is the lesson he has last after working in companies like Disney and Dairy Farm International and that is why he is a speaker and member of the board at various IKEA stores in Southeast Asia

Pruys was not that different to any other 28 year old man looking for a new job. He had been in the world of big storage companies for ten years, always in home furniture, he had jobs, but not a career, he was looking for something new. He arrived at IKEA because he was looking for a challenge: to teach others how he had learnt to do things.

After a year and a half he became an expert at IKEA, he was moved to the Shanghai store then to Sidney, then Taiwan. Learning on the go, through countless mistakes, eventually finding a new passion in his career inside IKEA: sharing what he had learnt, the importance of having mentors, the importance of being a mentor, a facilitator and a connector for the new generation.

Now he finds himself in a position that is a new challenge: first to open, develop and now grow the IKEA business in Mexico. IKEA used to have a slogan: to be one of us, you have to be yourself. That sums up what it is like to work for IKEA. Pruys says he is lucky that his style of leadership and management is accepted and not criticized. He is capable of being himself, vulnerable, imperfect, not necessarily good at everything, surrounded by great talent to fill in the holes.

Malcolm Pruys, Managing Director of IKEA Mexico is joining us thanks to the support from the EU Delegation and the Embassy of Sweden in Mexico. 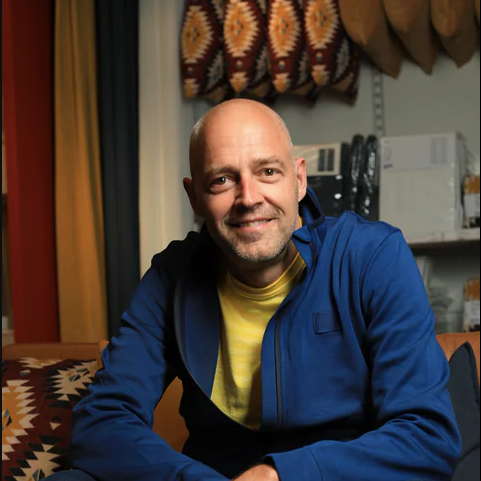