The Ambassador of the European Union to Mexico

The European Union, through its Delegation in Mexico, has created an alliance with What Design Can Do to celebrate the WDCDMX GNP 2021 Festival. This collaboration includes content, experiences and the participation of prominent European experts, also thanks to the active participation of six member States of the European Union: Austria, Belgium, Spain, Italy, The Netherlands and Sweden.

One of the goals of WDCD is to raise awareness among companies, governments and the general public that design goes beyond creating a beautiful object, it has the power to transform society. In this second edition, the circular economy will be one of the main topics to be addressed.

The circular economy is fashionable, but it is not a fashion for the European Union, but a goal for the next decade in which we have to mobilize all our efforts to achieve change.

Thanks to the alliance between the European Union and WDCD we have prepared a very comprehensive and ambitious program that reflects the European Union’s commitment to the circular economy, as well as the creativity, richness and diversity of the contributions of our member States.

The timing of the WDCDMX GNP 2021 festival couldn’t be better with COP26 about to kick off. Without a doubt it will be an opportunity to present to a diverse Mexican audience the European Union’s commitment to a cleaner, greener and healthier world.

I invite you to be part of this event hand in hand with brilliant creators, companies with meritorious experiences and new proposals, exchanges on better futures, but also strong real commitments, both on the European and Mexican side. 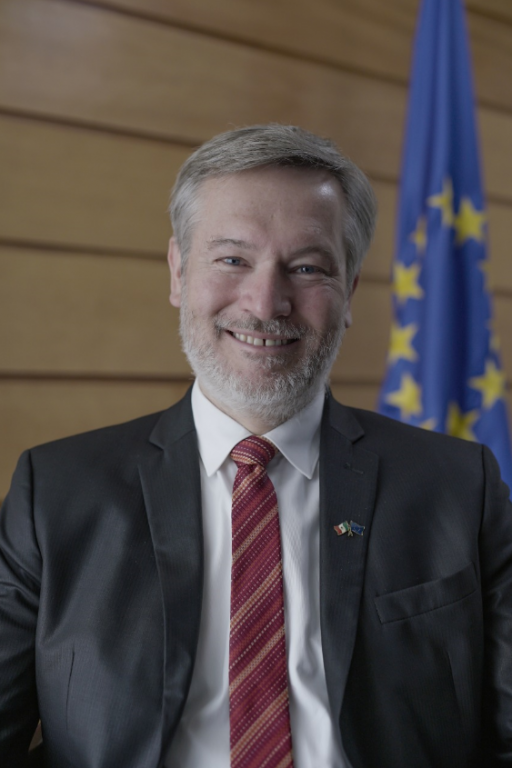