Desolenator is a patented technology that uses sunlight to purify water into 100% clean drinking water.

Climate change is rapidly transforming traditional rainfall patterns. Over-extraction from local aquifers and boreholes alongside irregular rainfall means that these stores are not replenished to sustainable levels. This risks water salinity and aquifer collapse, creating major issues for the communities surrounding them. Desolenator can make drinkable water from these contaminated sources once more, prolonging the lifespan of vital water stores. It was designed to be portable and simple to use, so the time between delivery, set-up and water production is minimal. It also requires little assistance; it includes an integrated system that limits internal consumer involvement and has an automatic daily internal clean to prolong lifespan. As it runs on 100% sunlight, it enables even the most remote of communities to be water independent. 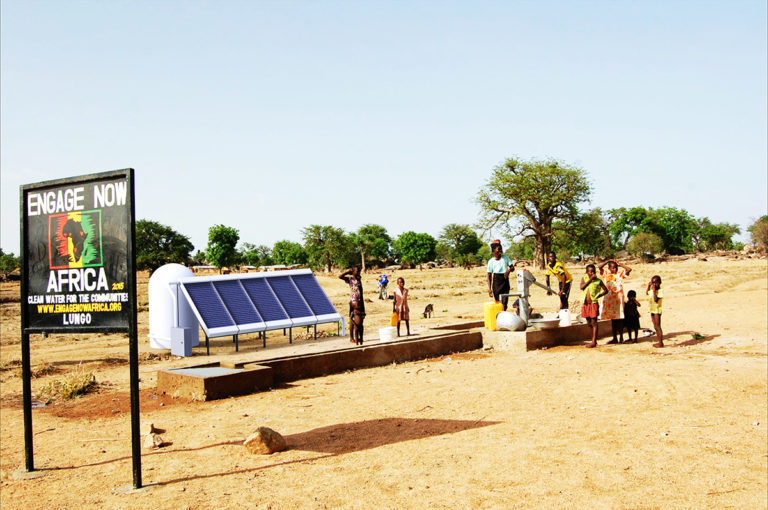 The team at Desolenator are mindful of the impact their device could have, and the multiple benefits sustainable water production can provide; a reliable source of water is the foundation for economic development in any part of the world. Additionally, there are numerous environmental benefits that derive from ‘at source’ solar purification – reducing the carbon footprint from industrial desalination, bottled water and water trucks. Over its lifespan, the Desolenator will produce less than 1g/ litre of CO2 of water produced.

After a successful accelerator programme, Desolenator spent time further iterating their technology, and have moved their project to the live stage with their community model and smaller, transportable Kiosk.

“These projects have been funded by partners in the key verticals that we are targeting – including one of the largest beverage companies in the world, a municipal water provider, a luxury hotel, and two humanitarian projects.”

Today they employ 15 staff, with lots of recent additions to the technical team, working out of their laboratory in Maastricht. The other half of the team (business and development) remain in London and are preparing for an investment round later this year.

Desolenator panels product up to 250,000 litres of water per day, making it four times more efficient than standard PVT.

Their team has grown from four to 22 members since the start of the Challenge programme.

Since the start of the Challenge programme, Desolenator has raised of 8m EUR in funding.

Desolenator was named fellow of the Unreasonable Group.