The world is a mess and kids are growing up in the middle of it. The Children’s Scrappy News Service is a raucous kids’ TV show that explores the big problems we face and discovers the wacky things you can do to join the revolution. 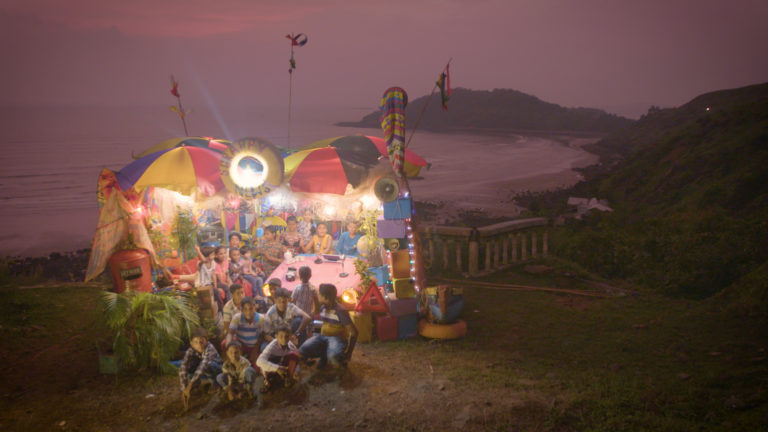 Scrappy TV is fun. In a newsroom made of junk and once-loved things, kid anchors get to the bottom of the problem by interviewing guests on a broken couch. On the streets, in the field, kid reporters discover Scrappy Heroes who have solutions. Then it’s back to the studio, which is now a game-show, where kid contestants pitch ideas to solve the problem. The TV connects to Facebook and an app called scrAPP that allows kids anywhere to become scrappy reporters, vote on campaigns and take action. 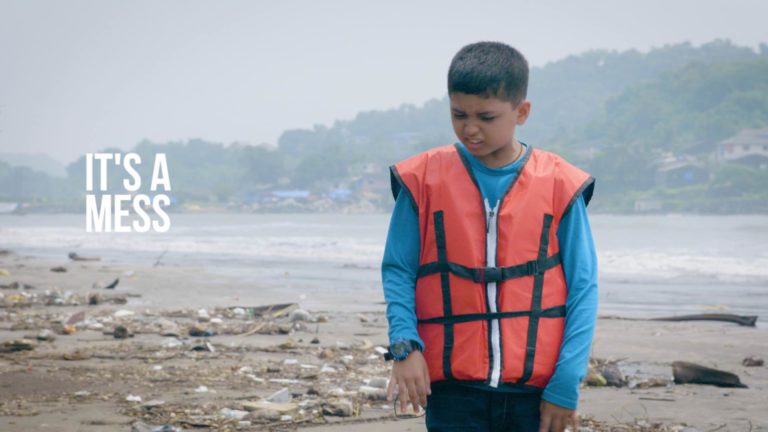 Scrappy Schools, powered by scrapbooks made of recycled materials, empowers offline kids to build their own newsrooms, understand sustainable design and make their own problem-solving shows.

The challenge? In India, Climate Change is amorphous if you’re a kid. What is it? Where is it? What can be done? The Children’s Scrappy News Service is about to find out. It’s the first children’s news service powered by scrap and that’s good news, because being scrappy is stuff anyone can do, even you. 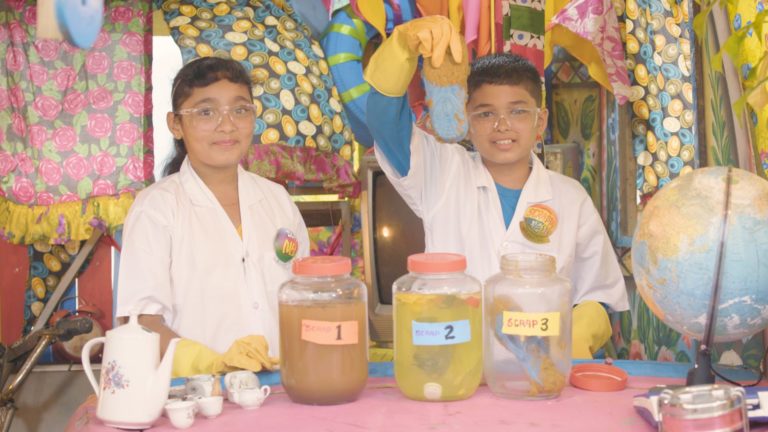 Where is Scrappy TV now?

Scrappy TV is in ‘season 2’ for the development of the Children’s Scrappy News Service, and currently run a team of 100 people! “We were looking for a way to make it sticky, on the ground in schools in the city of Mumbai. Something that every kid could be a part of, from government schools to private schools.”. 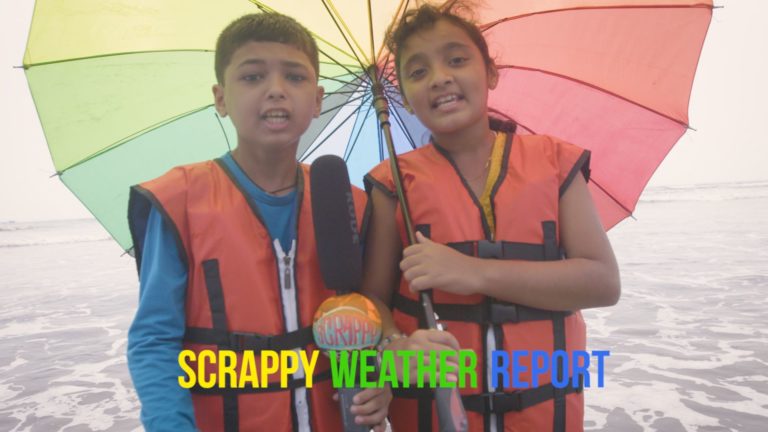 Scrappy TV was contacted by the Real Play Coalition, who wanted to make a place to play in a public place, such as the CST main train terminal. Using the idea of play and the issues of climate change, they began to connect the dots. The City of Mumbai has banned single use plastic, yet it is still being used, and since Mumbai has a very long beach that is open to everyone, Ocean Plastic became the feature for the initiative. The idea was presented to Star TV, who have their own agreement with the government of India, to get children in India playing one hour a day.

“We decided scrappy Season two would be Play + Plastic, starting with a massive beach clean up and then kids playing organised sports.”

Thanks to all the participants and volunteers, the beach event was a big success. Star network then multiplied the project in the city to create 200 new places to play, and added it to their channel.

“Star Sports as channel partner is the biggest win we could have had for Scrappy News, plus the idea of going city by city, as part of Bloomberg Streets for Kids and sustainable cities, means this can now go across India and maybe tag other cities around the world to do the same.”

Their next steps are to send a detailed action plan for the project’s needs, in order to reach an agreement with the Government for all school access in the city. This way, the 200 places to play across the city can be determined. For each place, Scrappy TV are reaching out to surrounding corporates to sponsor the pitch and play.

To determine what children want and need to play, a huge survey for 60,000 children will be conducted. Finally, they’re working with a renowned sustainable architect, who’s currently creating the plans for four different kinds of pitches, made from recycled materials like plastic. 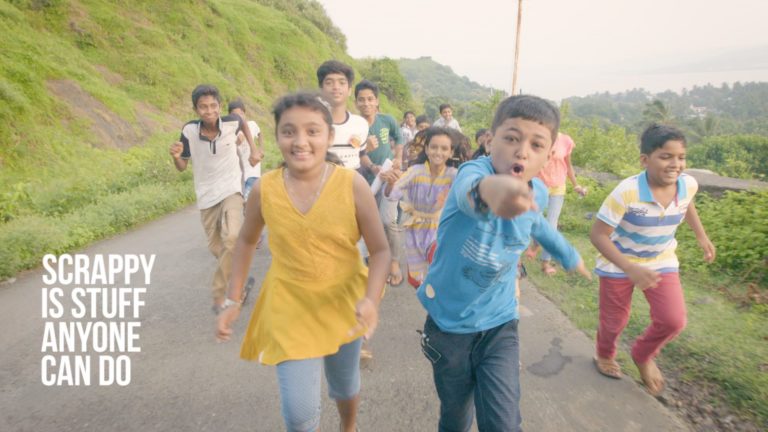 Their team has grown to 150 employees and volunteers since the start of the Challenge programme.

They have begun a new key partnership with Mumbai City.

Children’s Scrappy News has earned over 500,000 USD in annual revenue since the start of the Challenge programme.