PRAANAMPortable window attachment to which cools and purifies incoming air

Praanam is a modular and portable window attachment which cools incoming air by around 4 degrees celsius, while at the same time purifying it of certain pollutants. The former is achieved through the venturi effect, while the latter is achieved by using wooden charcoal, which absorbs PM2.5 and PM10 particles as air passes through. 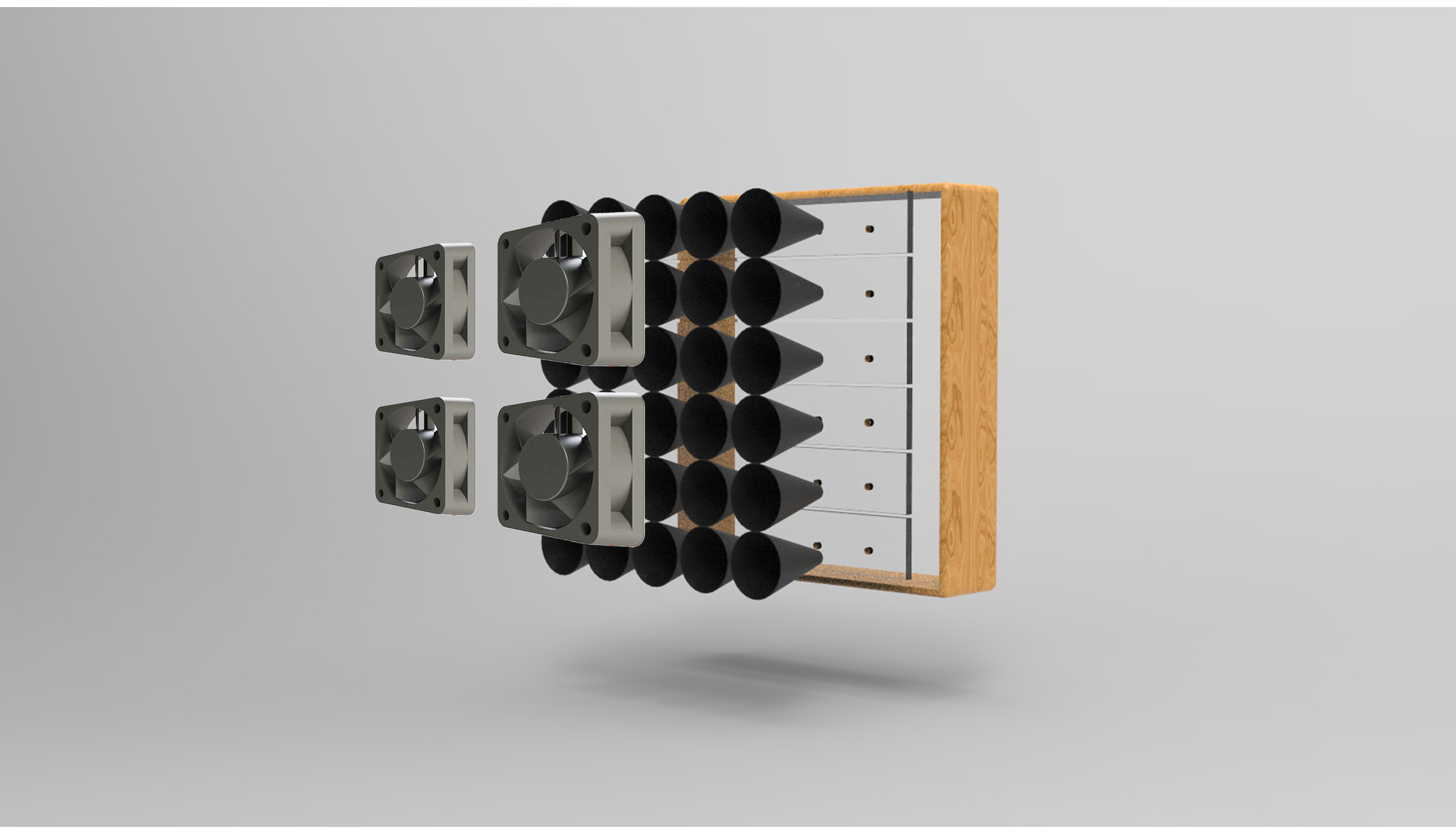 ‘Prankur Kataria and Priyanka Rai are first year Master of Design (M.Des) students of Department of Design at the Indian Institute of Technology Delhi (IIT Delhi). Prankur has a Bachelors in Electronics and Communication Engineering from Medicaps Institute of Technology and Management. He aspires to be an industrial designer who keeps environment and nature in priority. Priyanka holds a Bachelors in Architecture from IIT Roorkee. She is interested in designing for environment and energy efficiency. Prankur and Priyanka met during a classroom group activity as part of an academic course, worked together on a few more group activities and consequently discovered their common interests.’

“To infuse the metaphorical “new blood”, these disciplines require new approaches to look at the problem from unseen angles and unconventional but novel and valuable solutions.”

‘Living in New Delhi sensitised us to the incredible amount of energy consumed during summers (for ACs and air purifiers) and winters (for heaters and air purifiers), etc. So we asked: Is there a design intervention that can reduce the amount of energy consumed and still allow cooling/heating in summer/winter? We went on exploring various architectural and non architectural solutions which have been used since ages for controlling temperature. Along with that we researched ways to cut down on air pollution. For this also we looked for natural materials which had properties of absorbing particulate matter. That’s why we looked for materials like Himalayan Pink Salt and Activated Charcoal. From here, we generated a concept of window attachment. Initial testings got us some results: the device cools the air coming from outside by around 4 degree Celsius and purifies it for PM 2.5 and PM 10. We were able to achieve 30 % reduction in energy consumption.’ 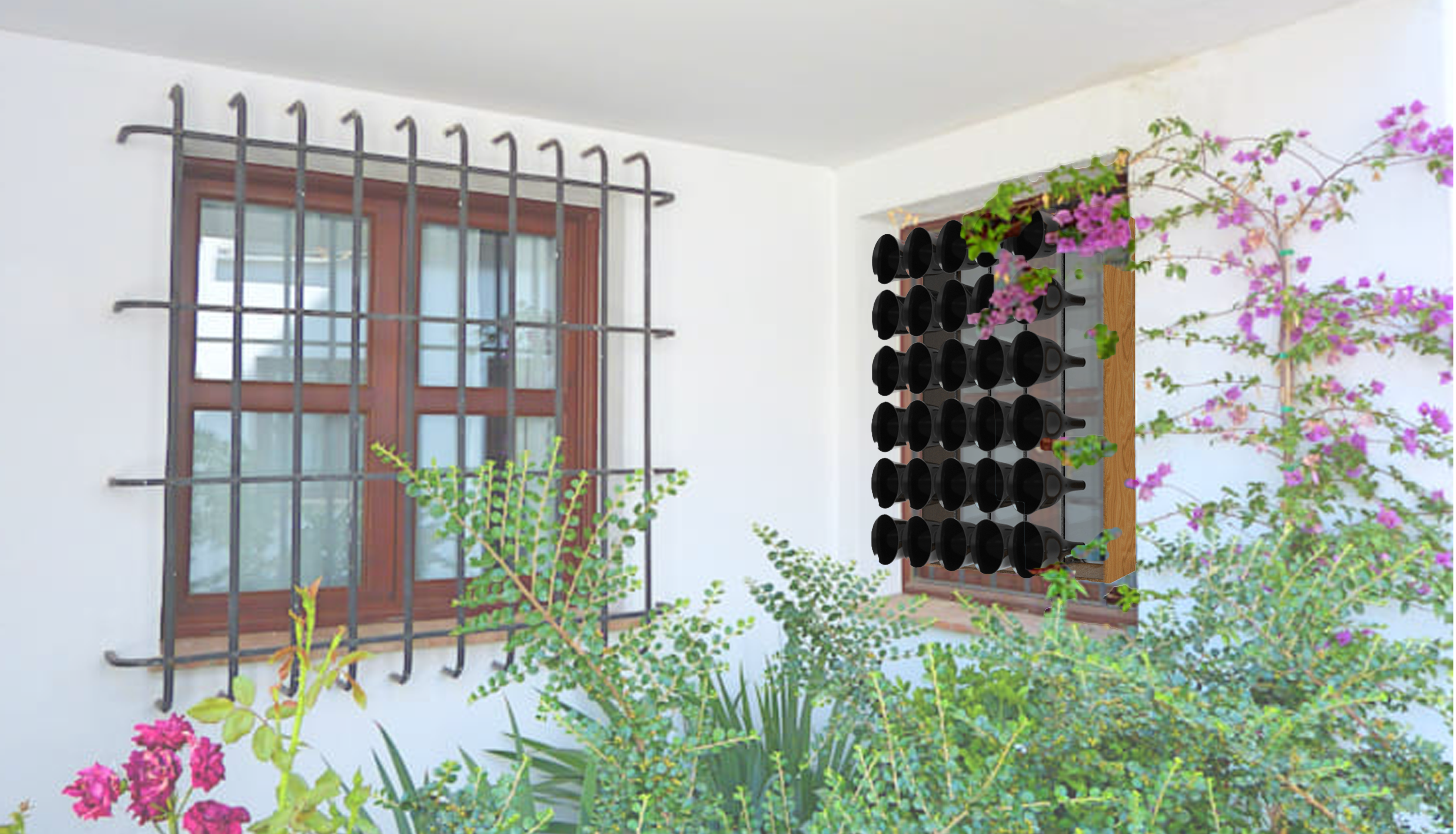 ‘We were ecstatic that our submission was selected. But we know, at the back of our minds, there is a mountain to climb. On the other hand, there is a chance to do a serious design intervention that can impact our society positively and our skills, and knowledge can be put to use for the betterment of the society. We were glad to see that our design got recognition and that really encouraged us to improve further on it.’

‘According to the Nobel laureate Herbert Simon, a design is an intervention that can transform current situations that may be less satisfactory to improved situations that may be more satisfactory. Research has found that the process of designing involves both synthesis (top-down approach) and analysis (bottom-up approach). In a field like climate action and clean energy, a lot of people including scientists, researchers, engineers are involved who have been working for many years. To infuse the metaphorical “new blood”, these disciplines require new approaches to look at the problem from unseen angles and unconventional but novel and valuable solutions.’

‘We will develop and test our product further and hope to start the production and Installation on site phase after one year. We plan to tie up with institutional buildings like government schools and colleges where ACs and air purifiers do not exist predominantly. Ventilators in such buildings could be our target for Praanam. Further on, we intend towards expansion in other cities facing similar problems both national and international.’