Power plant is the world’s first self-powering greenhouse. It uses transparent solar glass to power its indoor climate; harvesting both food and electricity to grow the plants of the future, from the power of design. By using the natural energy from sunlight, and placing the greenhouses on rooftops in the city, Power Plant reduces both carbon emissions and food miles. 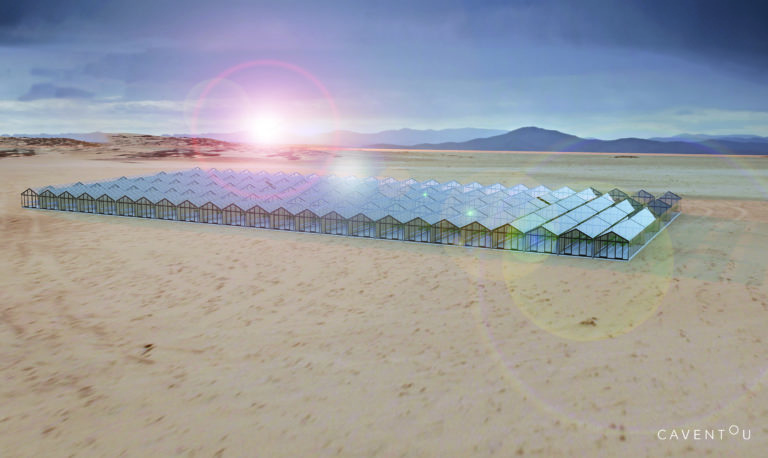 The world’s population is growing, and so is the demand for food. New technologies make farming more efficient, but require considerable amounts of energy. Every hour we receive enough sunlight to provide the world with enough electricity for an entire year. What if we could tackle both our world’s energy and food problems? What if we can harvest both electricity and food within one system using the power of the sun? 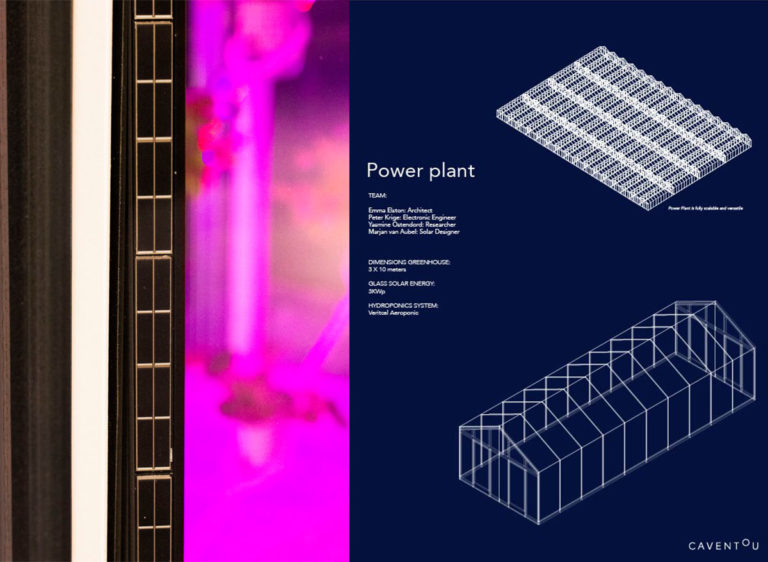 Marjan Van Aubel works in the triangle of design, technology and sustainability. She envisions a future where beauty, climate action, and design innovation unite through the energy harvest of solar panels. During a hike in the Austrian Mountains, she saw a hut that was fully powered by solar panels. This beautiful, remote and self-sustaining hut inspired her to think about what else we can achieve with solar energy.

“Everytime I think about solar energy I get extremely enthusiastic. It’s this technology that takes sunlight which is free and available to everyone.” 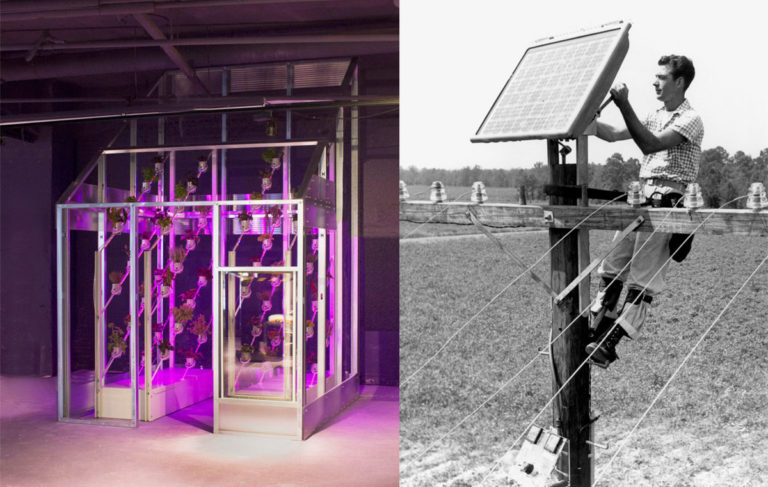 The physical appearance of solar panels hasn’t really changed for over 50 years, and Van Aubel began to question whether this lack of appeal actually inhibits the integration of solar panels into society. Considering the price of solar has dropped enormously, and the efficiency has increased, why isn’t solar energy more attractive? In collaboration with The New Institute, architect Emma Elston, researcher Yasmine Ostendorf, Physee and University of Amsterdam, Marjan and her team developed Power Plant. The self-sustaining, energy efficient, and visually attractive greenhouse.

“New technologies such as vertical farming and hydroponics makes farming more efficient, but require a lot of energy. In Power Plant we are combining traditional greenhouses that uses free sunlight, and solar energy to power high tech farming.”

More and more people live in big cities, and Power Plant enables, educates and inspires local communities to grow food where it wasn’t previously possible, such as on rooftops, or in places without access to electricity; saving Co2 emissions from food miles by growing food locally all year round. Extra light besides sunlight comes from LED lights, all powered by solar. Hydroponics pumps around nutrified water, saving 90% of water usage.

Where is Power Plant now?

On being selected as a Climate Action challenge winner, van Aubel reflected ‘The accelerator enabled us to kickstart the question of how to integrate solar into greenhouses and to turn this idea into a possible future,’

Since then, van Aubel has spoken at the WDCDAMS 18’ stage, where she spoke on her experience and relationship with solar design, Power Plant, and her hopes for the future of solar energy. Today, Power Plant is renowned around the world, showing at prestigious events like the London Design Biennale and the Dutch Design Week. Currently the project is moving from demonstration model to prototype, and Van Aubel has been conducting conversations for a project on a roof in new york. She hopes that one day, the technology will be so ingrained that people won’t even notice it.