World-wide glacier retreat is one of the most obvious and impressive manifestations of climate warming. In the Himalayas, glacial retreat causes the flow of water to become more erratic; sometimes too much, and sometimes too little. The Icestupa Artificial Glacier Technology was pioneered to compensate for reduced runoff by reutilising unused winter meltwater for irrigation. Such interventions can sustain the mountain regions as water towers of the world, and also provide economic stability by strengthening agricultural production and tourism development.

The word ‘Stupa’ comes from the Sanskrit, meaning to ‘heap’ or to ‘pile up’.  The Ice Stupa is a simple idea that requires no pumps or power: water maintains its level, therefore water piped from 60m upstream would easily rise close to 60m up from the ground when it reaches the village. If the pipe was mounted on a tower of that height, then it’s fall during the cold winter nights of Ladakhi would be enough for the water to freeze by the time it reaches the ground. Over time, this creates a huge cone or ‘stupa’. 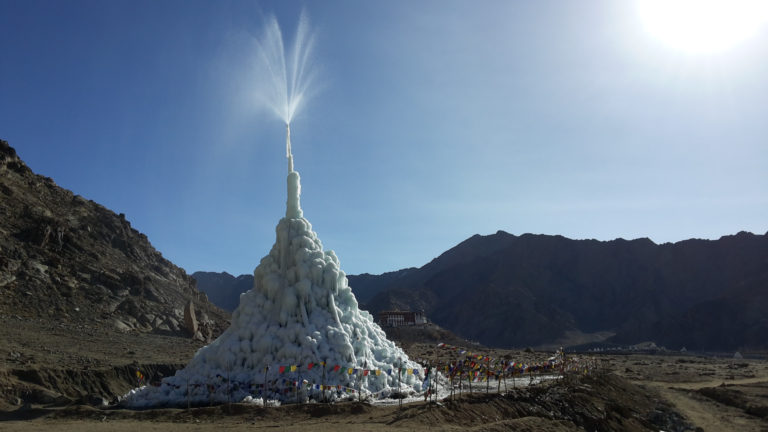 The idea is also to conserve this tower of ice as long into the summer as possible so that as it melts, it feeds the fields until the real glacial melt waters start flowing in June. Since these ice cones extend vertically upwards towards the sun, they receive fewer of the sun’s rays per the volume of water stored; hence, they will take much longer to melt compared to an artificial glacier of the same volume formed horizontally on a flat surface. 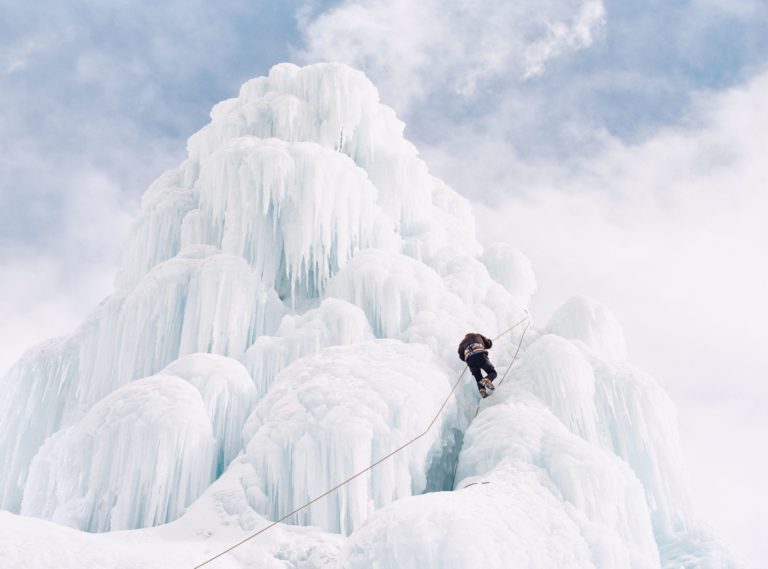 The first stupa was created in 2013, at the time of entering the Climate Action Challenge, focused on three locations; two in the Himalayas, and one in the French alps. Their expected outcomes included controlled discharge of glacial lakes, and sustainable economy for mountain farmers. 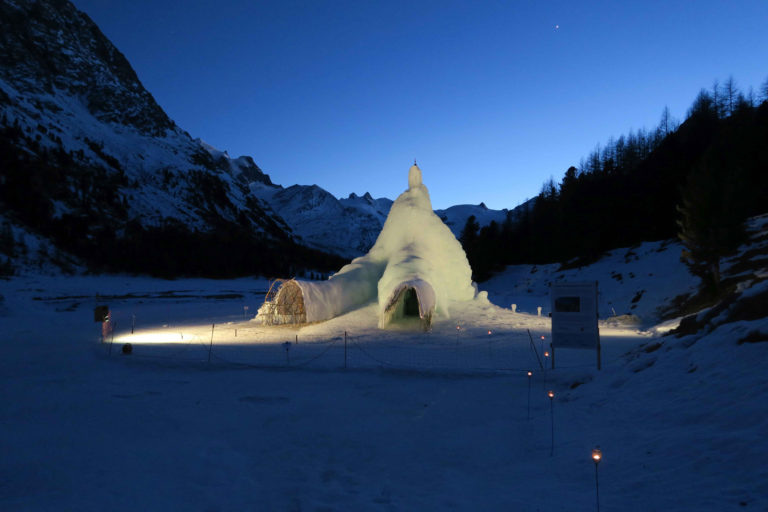 WHERE IS ICE STUPA PROJECT NOW?

The Icestupa project is now one of the many initiatives handled by the Himalayan Institute of Alternatives. Their focus is now to facilitate the adoption of the idea through local competitions in Ladakh: last winter, around 12 villages participated and the village teams reached an Icestupa height of more than 30m. Part of the CAC prize money went in acquiring all the materials and prize money for the competition. More than 38 villages have already registered for the Icestupa competition for the coming winter! The team has divided into three organisations based on different goals: 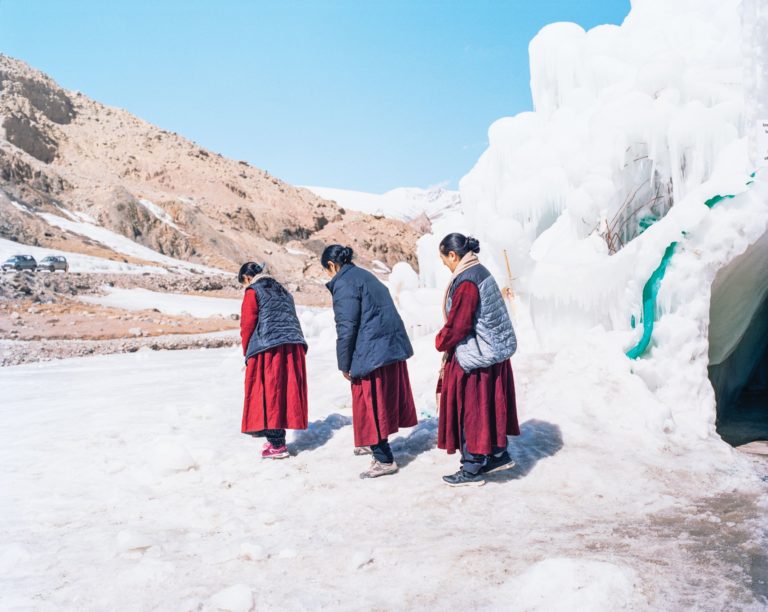 HIAl currently has a team of around 25 staff and 11 fellows. GlaciersAlive has more than 20 active members. AIR study is carried out by a team of 5.

“We had to acknowledge and create a platform for the different needs of the project and are still in the process of developing teams across these different areas.” 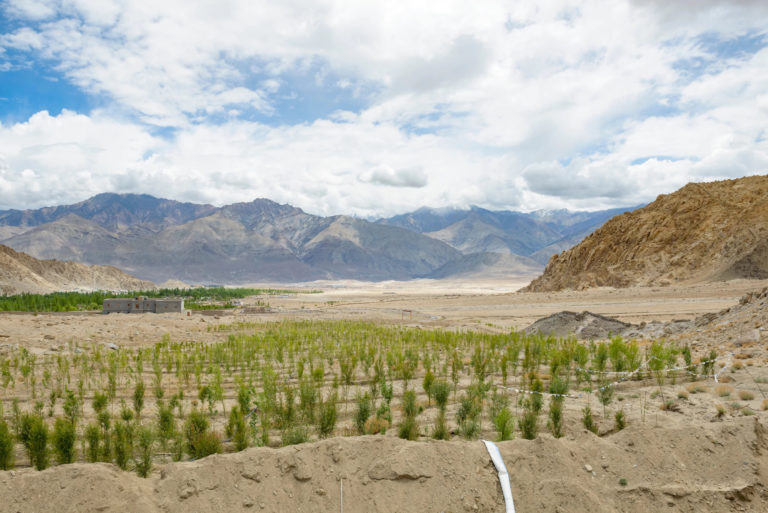 Alongside the stupas created in the alps, the project has also received inquiries from Canada. The team are currently working on drafting a manual on how to build a stupa, available on request.

The project has also received international recognition through media outlets such as BBC News and The New Yorker. 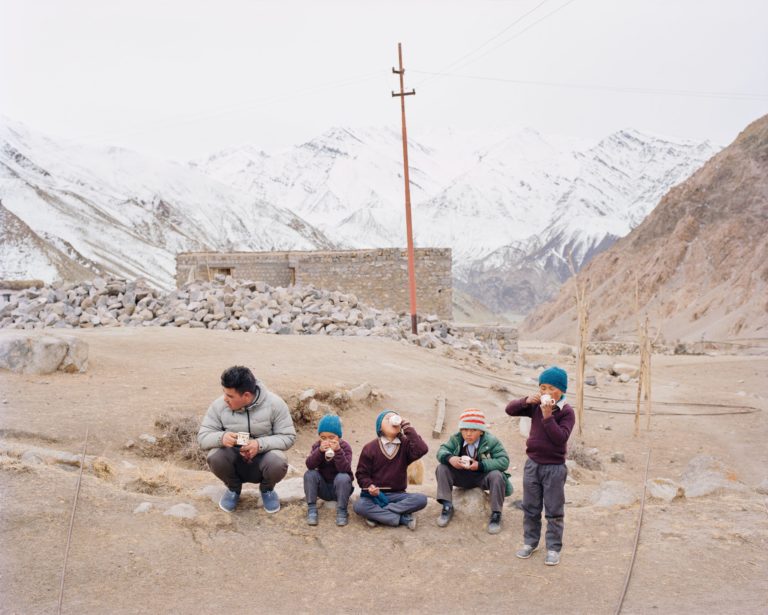 Their team has grown from 12 to 20 members since the start of the Challenge programme.

Since the start of the Challenge programme, Ice Stupa has gained government funding for R&D.