FREEWINDCooling at a low cost

In 2015, 2000 lives were claimed in India, 1000 in Pakistan and many more across the world. Heatwaves are projected to occur at higher frequencies, for longer durations, and are expected to be more intense in the future. Populations that perish in highest numbers were the very poor and elderly with lack of access to relief. This project aims to provide relief at the lowest cost possible to reduce future heatwave related deaths.

Free Wind utilises the compression of air to produce air of a lower temperature, channeling it through the house in a constant cycle. It was inspired by the wind catchers in Iran as well as the Eco Cooler from Bangladesh. It functions as a cooling system utilising passive cooling methods to reduce the temperature and at the same time conserve the environment. 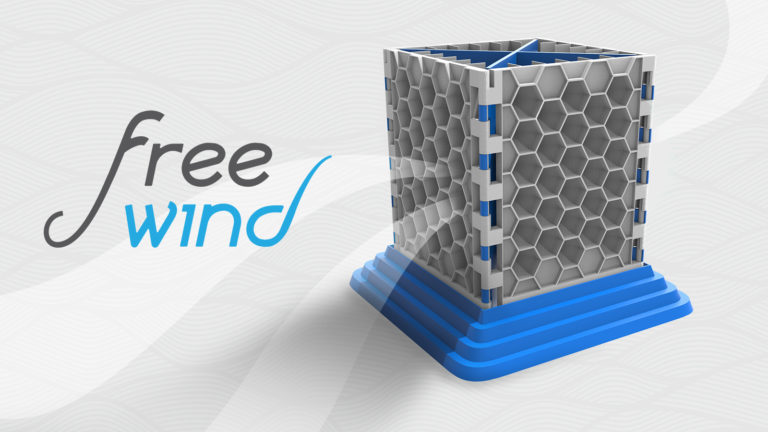 Free Wind employs modularity in design allowing it to be expandable and placed in many different environments from a small window, a large wall and even a tall chimney. To ensure its sustainability and responsibility to the environment, it uses Origo – a cornstarch based bioplastic, that is 100% biodegradable. When the material wears out over time, Free Wind can be recycled. 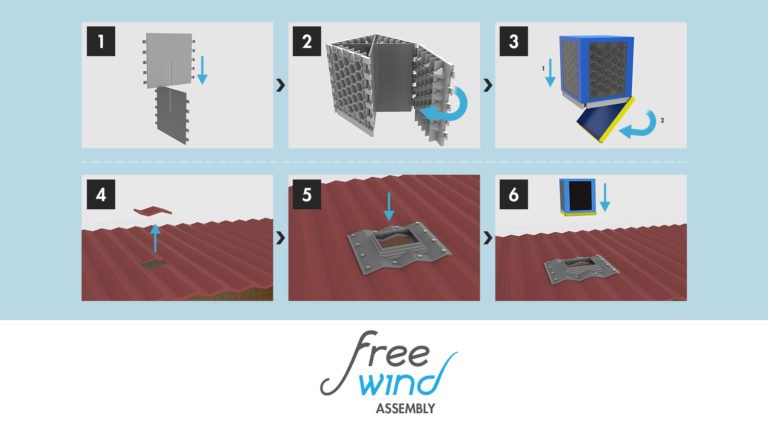 The production is also not harmful to the environment, and with current technology costs almost the same as producing traditional plastic. It is feasible to produce and scalable because of its modular structure. 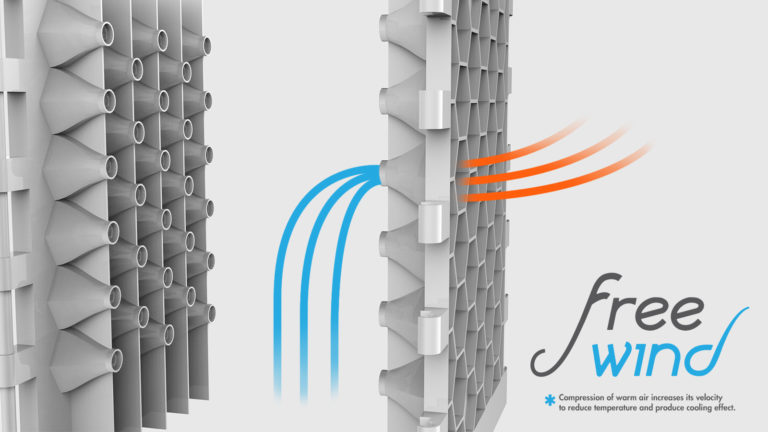 Where is Freewind now?

After several product iterations, computational fluid dynamics models showed the possibility of it working before building a full scale prototype. However, as a student project in Singapore, the team faced troubles due to the product head leaving for final year school commitments. The team then had difficulty finding a replacement, and due to the budget being spent building the full scale detailed prototype, they could not afford to continue running and testing the different iterations. Subsequently, the company was closed.