For nearly a century, the advertising industry has played a pivotal role in the business of selling fossil fuels. In the last 20 years alone, major oil companies like Exxon, Shell and BP have spent billions to advertise their products, often in ways that are misleading and harmful to climate action. But today, a growing movement is pushing to make fossil fuel ads a thing of the past.

One of the key players in this conversation is an initiative called Clean Creatives. A group of PR and ad professionals started the project in 2020 as a way to call for more accountability and transparency in their industry. ‘We are strategists, creatives, and industry leaders who believe that fossil fuel clients represent a threat to our shared future,’ say the founders about their vision. This is why many of their activities are focused on giving ad agencies the tools they need to cut ties with the world’s biggest polluters. ‘We have the power to shape public opinion and policy. Let’s do it on behalf of clients that are doing good, and not fossil fuel companies.’ 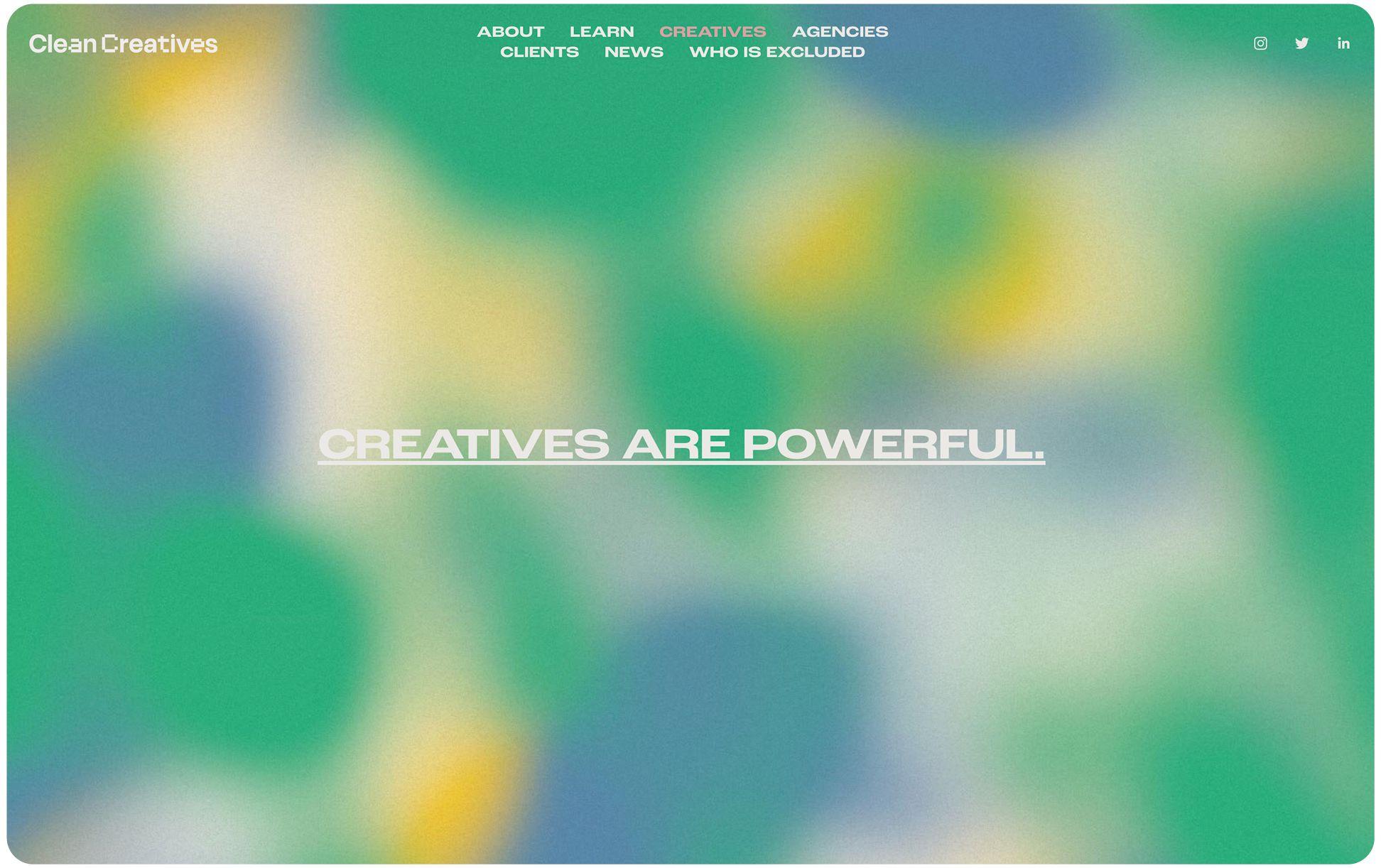 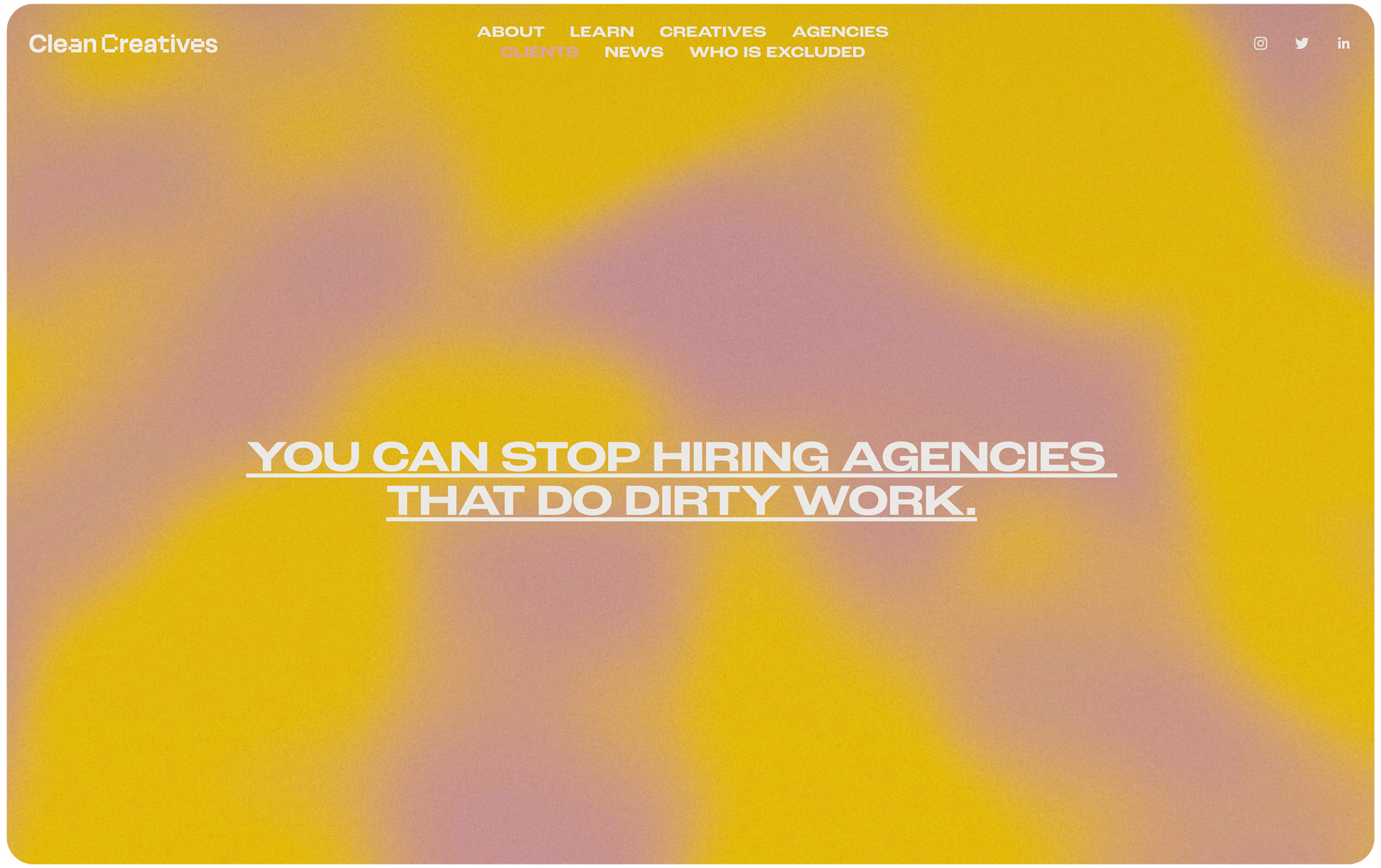 Thanks to their mobilisation efforts, more than 1000 creatives and 350 agencies worldwide have now signed the Clean Creatives pledge to decline any future contracts with Big Oil. This week, the collective took things one step further with the release of their F-List 2022, a report which publicly identifies over 200 agencies still working for the fossil fuel industry. Unsurprisingly, the list includes some of the world’s most influential advertising and PR firms, like Edelman, Wunderman Thompson and Ogilvy. To give more context around these business relationships, the report also dives into the political and legal history of fossil fuel advertising, presenting a list of known cases where corporate greenwashing and gaslighting has occurred.

While ‘name and shame’ campaigns like these are not new to climate activism, what sets the F-List apart is that by all accounts, it is an inside job. And there are signs to suggest it’s working — with the mounting pressure making it harder for ‘dirty’ agencies to retain talent or ignore the environmental impacts of its clients. Still, Clean Creatives say that the project is not about singling out advertisers. Rather, it’s about starting a dialogue around how businesses can operate within the boundaries of our planet, and learn to use their platform, influence and skills to be part of the solution, rather than the problem. 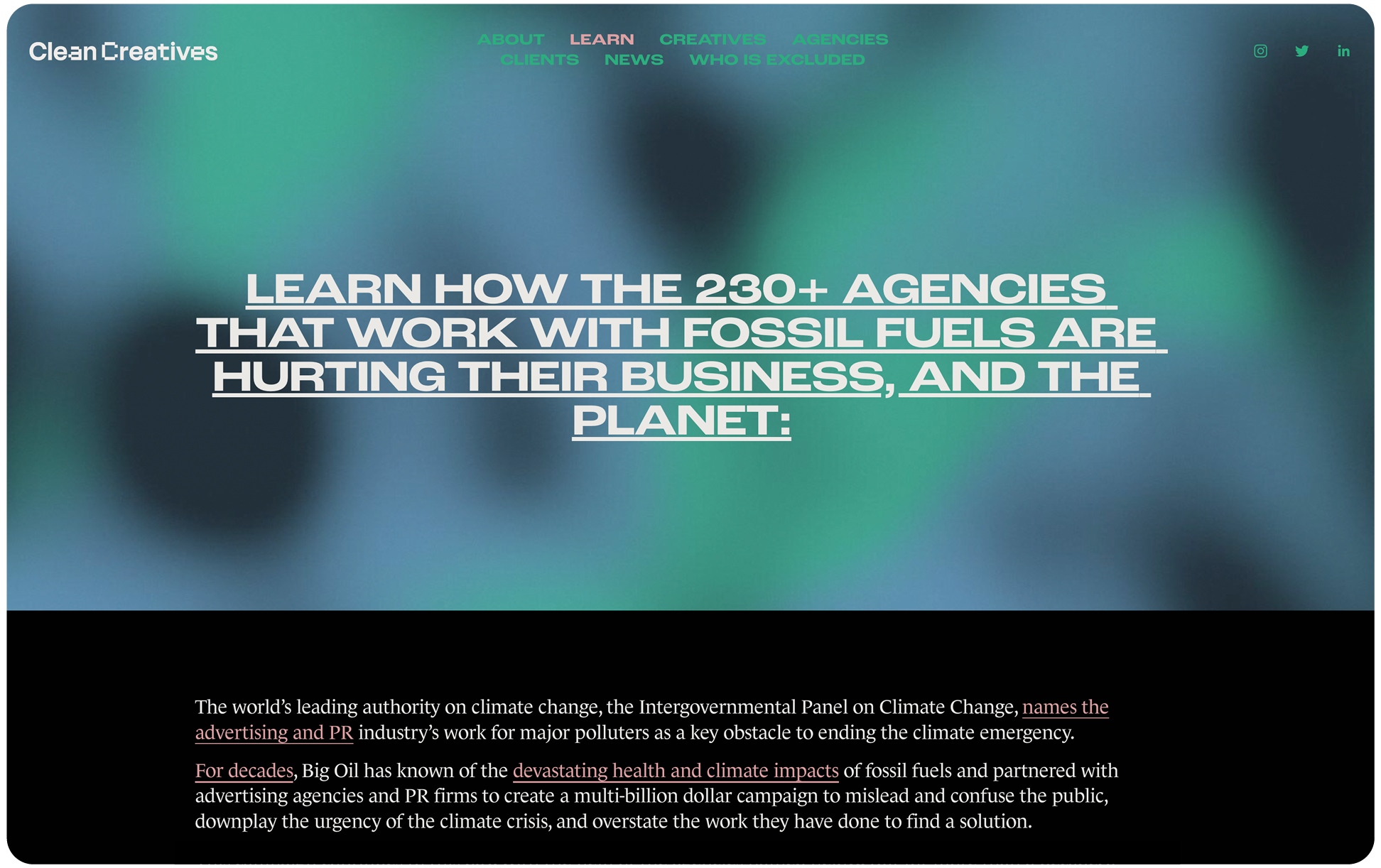 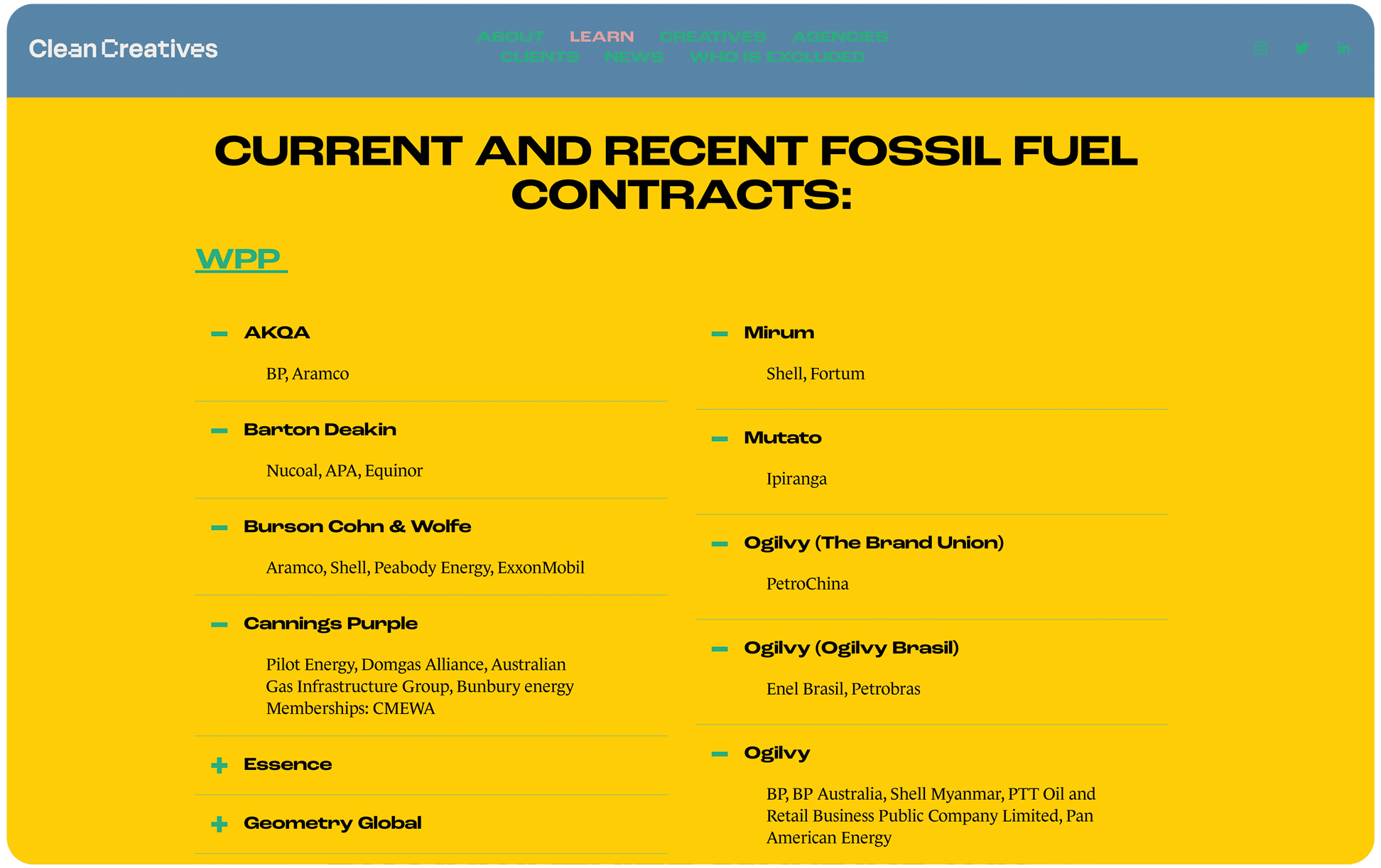 MORE WAYS TO TURN ON THE HEAT

Of course, dropping clients is not an option that’s available to everyone, at all times. So what else can creatives do to advocate for the change they want to see in their industry? One thing you can do is to join one of the many workshops organised by Clean Creatives about how to be the most ‘effective agency activist’ you can be. These meet-ups are designed to teach you the skills you need to make more informed decisions on a day-to-day basis, from how to spot a misleading brief, to useful strategies for educating your clients.

There are also ways to push for action on a legislative level. Many grassroots initiatives are now moving to ban fossil fuel advertising outright, and the online database Reclame Fossielvrij has been keeping track of these projects worldwide. If you live in the European Union, you can even add your voice to the #BanFossilAds petition, which currently has 300,000 signatures and counting. Whatever you do, you can be sure that a tipping point is coming. The only question is when, and on which side of history you’re willing to bet on.