‘Society teaches us to avoid mistakes, but for creatives and innovators they are essential,’ says Erik Kessels, a Dutch artist, designer and curator with a taste for disruption. For Kessels, good ideas come with a side of risk. ‘Our industry is obsessed with perfection. It’s glossy and precise — and boring. We think that good work should reflect reality, and reality is imperfect.’

Hailed as a ‘visual sorcerer’ by Time Magazine, Kessels is co-founder and creative director of acclaimed communications agency KesselsKramer, which has offices in Amsterdam, London and Los Angeles. Among many others, he has created campaigns for clients such as Nike, Diesel, J&B Whisky, Oxfam, Vitra, I amsterdam and The Hans Brinker Budget Hotel.

As a collector with a particular interest in found photography, Kessels is curious and anthropological in his approach. To date, he has published over 70 books of his ‘re-appropriated’ images: Missing Links (1999), The Instant Men (2000), In almost every picture (2001-2019) and Shit (2018). In 2016, he also penned the international bestseller, Failed It!, a guide for creatives which celebrates the power of mistakes. Besides his editorial work, Kessels has also curated exhibitions including Loving Your Pictures, Mother Nature, 24HRS in Photos, Album Beauty, Unfinished Father and GroupShow.

Kessels was awarded with the Amsterdam Prize of the Arts in 2010, and nominated for the Deutsche Börse Photography Prize in 2016. In 2019 he exhibited in the SFMOMA, while his mid-career retrospective was shown in Turin, Düsseldorf and Budapest. 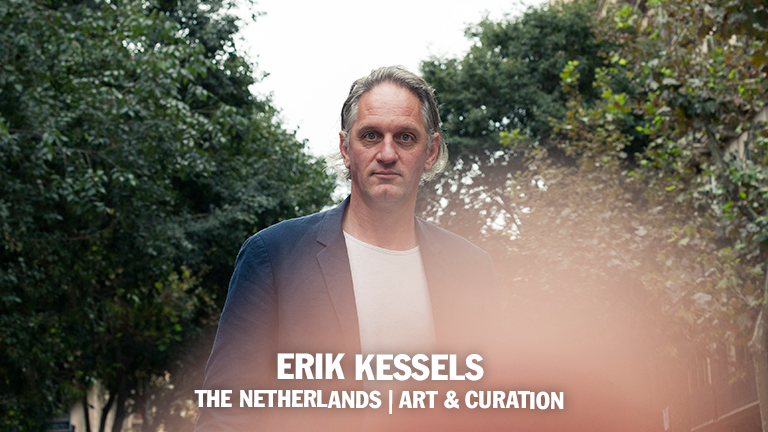