Claudia Sheinbaum is a scientist, politician and the incumbent mayor of Mexico City. As a former member of the Intergovernmental Panel on Climate Change (IPCC), for which she received a joint Nobel Prize in 2007, Sheinbaum is deeply involved in the environmental challenges of Mexico City.

Her passion for the sciences continues today, as she serves as a member of the National System of Researchers and the Mexican Academy of Sciences. She has been part of Editorial Boards of different scientific journals and has been awarded various prizes on innovation and development. She was also a member of the United Nations Commission for Development Policies.

Next to her policy work, Sheinbaum has also authored more than 100 specialized publications and two books on the topics of energy, environment and sustainable development. When she joined the government of Andrés Manuel López Obrador in 2000, she became Mexico City’s environmental minister.

In 2018, Sheinbaum became the city’s first elected female mayor. Today, there are two particular issues which have her attention: mobility and water. These take precedent in her comprehensive climate change plan for the capital, which also tackles waste management, air pollution and renewable energy.

We are proud to welcome mayor Sheinbaum as a WDCDMX Ambassador. 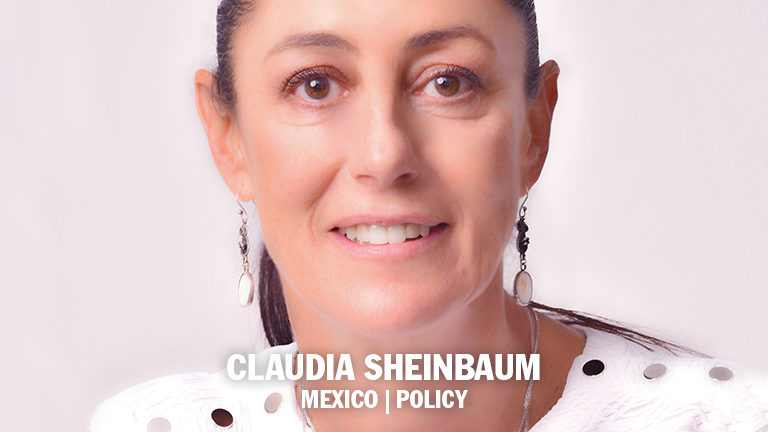